Review of In the Heights at The Ordway in St. Paul, MN

Quote of the Day: Because of the success of “Hamilton” and “On your feet” [and In the Heights], you can’t hide behind the old argument of “It needs to be bankable, so we can’t put all these people of color in the show.” We are bankable. Lin-Manuel Miranda on producing theatrical productions. In the Heights, which I saw at The Ordway Performing Arts Center in St. Paul, MN is full of color, the real people who populate America, specifically an El Barrio in New York City, their relationships, struggles, and varied cultures.

The cast of IN THE HEIGHTS at The Ordway in St. Paul, MN (photo by Rich Ryan)

Before his Broadway hit Hamilton, Lin-Manuel Miranda wrote In the Heights, which also played on Broadway for 1,184 regular performance, from February 2008-January 2011, winning four Tony Awards for Best Musical, Best Original Score, and Best Choreography and Orchestrations, and won the Grammy for Best Musical Show Album . It is the story of a neighborhood, El Barrio, called Washington Heights in Manhattan. The characters are from various places like Puerto Rico, the Dominican Republic, and other Latino heritage, and also mixed with people of other cultures and backgrounds. The music is Miranda’s signature style of rap, hip-hop, and a few ballads. The characters are of various ages and walks of life. It’s like walking onto Sesame Street all grown up. The story has a strong sense of community. 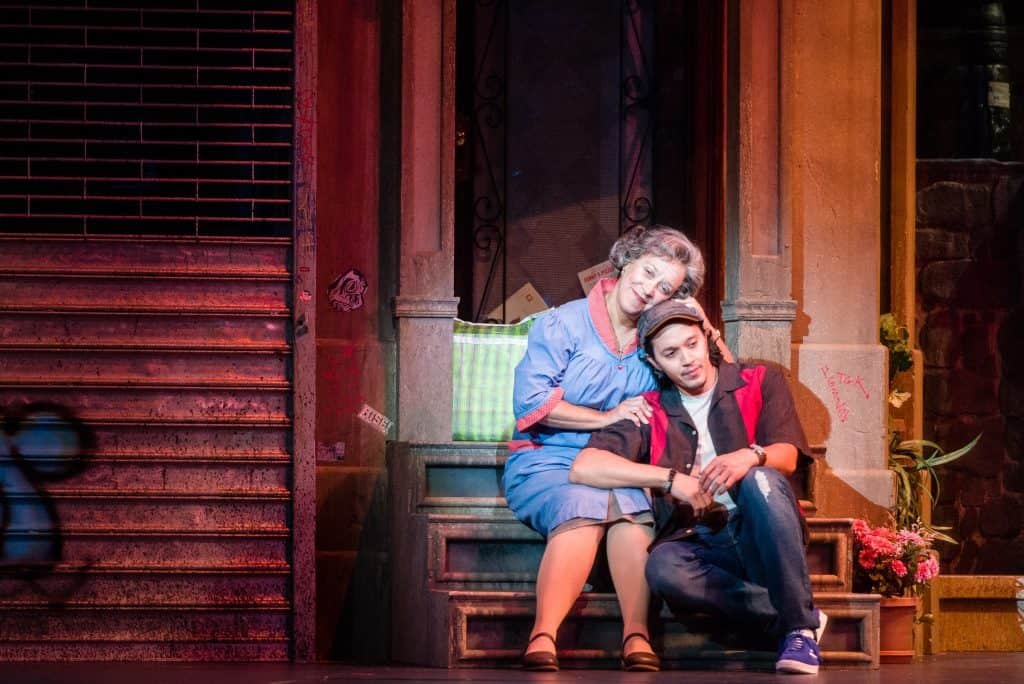 Debra Cardona as Abuela Claudia and Justin Gregory Lopez as Usnavi in IN THE HEIGHTS at the Ordway in St. Paul. MN (photo by Rich Ryan)

I loved the relationship between Usnavi and Abuela Claudia, his honorary Grandmother. She is that neighbor who cares for everyone, checks on how you’re doing, and offers advice whether or not you asked for it. Debra Cardona did a wonderful job portraying Abuela Claudia, her gorgeous voice rocked her solos, and her spirit filled the theater. Justin Lopez played a gentle and engaging Usnavi (the role that Lin-Manuel performed on Broadway). He gave the character personality and energy. 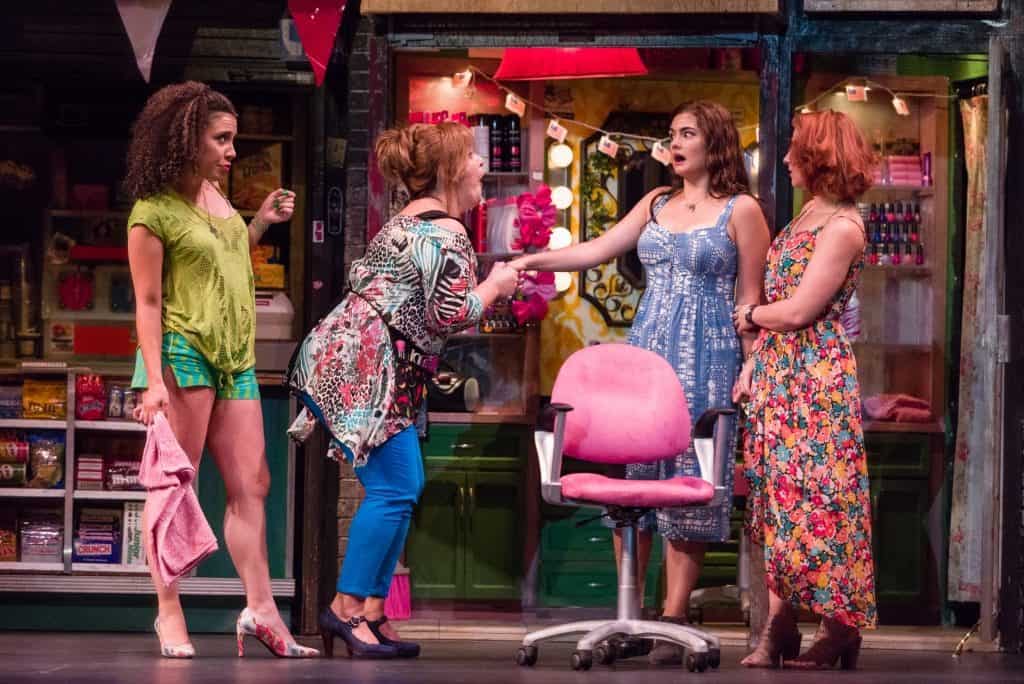 Emily Madigan as Carla, Lauren Villegas as Daniela, Aline Mayagoitia as Nina and Val Nuccio as Vanessa in IN THE HEIGHTS (photo by Rich Ryan)

What’s a neighborhood without your local beauty shop?! These gals were fun to watch, energetic, funny, sexy, and full of humor and heart. The dancing in this show is terrific, high energy, hip-hop, and Graffiti Pete (played by Brian Bose) was fascinating to watch. 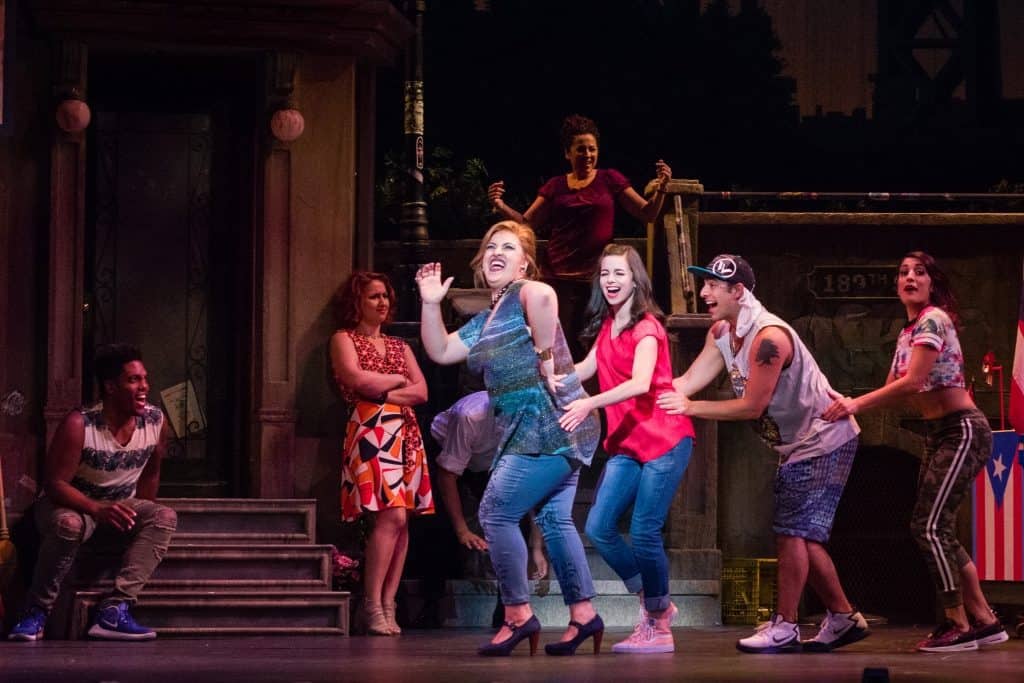 If you want to experience a unique, breakthrough, theatrical production, go to In the Heights at The Ordway in St. Paul, MN, playing through September 24, 2017. It is produced in collaboration with the Ordway and Teatro del Pueblo, directed and choreographed by Alberto Justiniano and James Rocco. If you live in other parts of the world, I hope a touring show comes to your city, or one of your theaters produces it. I would go again in a heartbeat. I’ll be purchasing the original cast recording!

PS: This just in from the Ordway A BOGO offer for anyone interested in seeing In the Heights Ordway Center for the Performing Arts. “Just terrific—energetic, fully in the moment, and endlessly watchable.” – Cherry and Spoon
Critics and audiences are raving about In the Heights—and we don’t want you to miss it! As our thanks for staying in touch with us, we’ve got a special offer for you to use and share with your family and friends: buy one, get one tickets to all remaining performances of In the Heights.*
Use code BOGOITH9 for your BOGO tickets!

Time to Wrap it Up and Relax 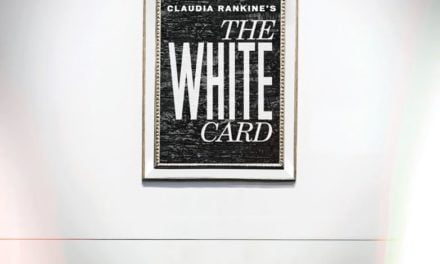 Review of The White Card at Penumbra Theatre

Cream of the Crop Theater