I need to start with a correction from N is for Name.  The photo of Nancy in the green sweatshirt was actually taken by our younger sister Joy.  We were passing my camera around that day, which is where I got confused.  Sorry, Joy, for the mistake.  I regret the error.

Letter of the Day:  O

O, I’ve been waiting for this day.  I love the Oscars.  I love the glitz, the glamour, the show, the highlights, the red carpet, and the speeches. O, and don’t forget the movies themselves.  Not all our favorite movies get Oscar awards, or even nominations.  Usually, they’re arty or bizarre.  They often have complicated plots and characters, and they aren’t the kind you watch over and over.  My son wondered why so many are rated R.

I think that comedy is horribly ignored on awards night.  It takes great skill and timing to do comedy well.  If you want to unwind and escape from your stress, don’t you reach for the comedy?  I do.

During our Spring Break, we had a stay-cation, which means we stayed home, slept in, had friends over, and watched movies.  I caught up on some of the Oscars from 2010 and before.  Here are some supplies you need for movie night, double or triple the recipe for a whole week of movies. 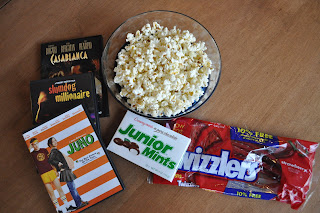 I was planning on doing some movie reviews following our stay-cation, but got caught up in the A-Z challenge of April, so sorry to make you wait.  Today, I’ll write about The Social Network, and Juno.  I’ll save Slumdog Millionaire for S Day.

As a movie, The Social Network is well done.  It has great pacing, good storytelling, interesting characters, and a fascinating setting. It won the Oscar for Writing.  I don’t think I’ll ever watch it again.  I found myself not liking Mr. Zuckerberg at all.  His date at the beginning of the movie says it best, “You’re going to think that you don’t have a girlfriend because you’re a computer geek, but that’s not true. You won’t have a girlfriend because you’re a jerk.”  And, he is.  He steals ideas.  He uses his friend, then tries to cut him off. He retaliates for the rejection he feels from his date by forming a rating system for women on his campus.  It turns out that a person who lacks real life social skills created an online network where you interact through screens.  (This could get me on a whole new topic on our social needs, but I’ll save that for another day.)  What this movie lacks, for me, is a hero.  I didn’t have anyone to root for.

Then, I watched Juno.  O, I loved Juno, the movie and the character.  Of course, the setting is near and dear to my heart, Minnesota.  It is so wonderfully midwestern, not the “midwestern” where it’s depicted as simple, calm, white-picket fence, peaceful and mundane.  A girl gets pregnant and she handles it with grace and courage.  It’s not shameful or horrible.  It’s a big deal, yes, but not the end of the world.  It won the Oscar for Best Writing!  I love cheering for the best original screenplay.  That is my dream.  I watch the Oscars and write my acceptance speech in my head.  Juno is original and thoughtful with authentic characters and dialogue and has the most satisfying ending.  I found myself rooting for many of the characters in this story who are trying to make a less than ideal situation something honorable and beautiful.  Juno wants the best possible family for her child.  She says, “I don’t want them to be shitty and broken like everyone else’s family.”  As she’s trying to figure out the complexities of life and relationships, her dad asks what’s going on. She responds, “Just out dealing with things way beyond my maturity level.”

I would give Juno the Oscar for best original music.  It fits the story and setting beautifully.

Journaling Prompt:  Do you have opinions about either of these movies or any Oscar nominees?  Do you watch the Oscars?  Who had the best dress this year?  Best acceptance speech?  I liked the gal who was so shocked that she swore. (Melissa Leo in “The Fighter”) 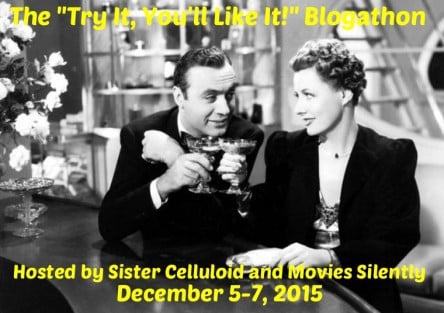