N is for Name

Letter of the Day:  N

N is for name and Nancy, my older sister.  I also like calling her my big sister.  She is the closest in age of my siblings.  I’m number four out of six.  She’s number three, but tried to call herself number one at Mom and Dad’s 50th Anniversary celebration. Our oldest brother Nathan quickly claimed the title.  Here’s a picture from our teen years.  We’ve been arguing since its development who it is.  I say it’s me.  Clearly, you can see my eye, the wisp of dark hair that I always had curled.  Plus, that’s MY shirt. 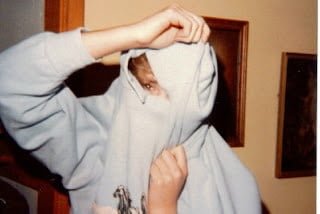 This next one is of Nancy.  I know, because I took it just this past September, and she’s wearing her own darn shirt! 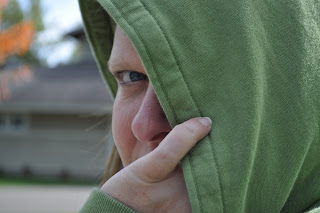 As you can see, we have a complicated, yet loving relationship.  When I went to Germany in college, Nancy said to her friends, “Your friends come and go, but you always wait for your sister to come home from Germany.”  And, when I talked to her about this guest post she said she liked this challenge because she could read my blog every morning while drinking her coffee.  I told that to Joy, the little sister, and she said she felt the same way.  When I wasn’t posting very often, she’d keep checking.  Well, enough about me. Here’s Nancy…

After reading Mary’s first blog post in her A-Z challenge, I was the one who suggested she write about names. A few days ago she asked if I would be a guest writer on the Day of N (I decided to capitalize it to make it more significant). So in keeping with the spirit of the challenge, I decided to write about my name, Nancy.

My name is Nancy Caroline Aalgaard Hanson, but I think if I had been named by description, my name would likely be Nancy Dead Horse or Nancy Working Horse, neither of which I would appreciate very much. There’s a story in our family about how dismayed my grandmother was to find out I was named Nancy. As the story goes, when my dad was just a boy, his mother had an old work horse named Nancy. I imagine her to be a sad old mare, hump-backed, broken with the weight of work. Back in those days, they didn’t keep horses as pets, or even just as a means of transportation. The Nancy horse was surely a working animal, and I imagine her life wasn’t a terribly happy existence. So when Grandma found out I was to be called Nancy, I guess she wasn’t very pleased about my unfortunate name. She reminded my dad of the used-to-be horse she had, but it didn’t make any difference. My parents liked Nancy, and so Nancy it was, even over my paternal grandmother’s objections.


I didn’t hear the story about the dead horse until I was ten or eleven years old, and at that time, I was toying with calling myself Jean anyway, and dreaming my real father was Howard Hughes, and one day he would reclaim me as his own and make me fabulously rich. I never did extend this fantasy to its logical conclusion, never did wonder how it happened that a small grain farmer and his wife could end up with the lost child of one of the richest men in the world. Billionaire. Two times over. The word didn’t mean a thing to me, other than it would mean I could do pretty much whatever I wanted, whenever I wanted to do it. There’s no coincidence, really, that my Howard-Hughes-is-my-real-father-and-is-someday-going-to-make-me-fabulously-rich-scenario coincided exactly with feeling like I had landed in the wrong family. I mean really, who on earth would name a beloved daughter after someone’s dead horse?

(I’d like to interject here, again, to point out that Nancy used to tell me that I was the one adopted.  I used to fantasize that my real dad was Captain Kirk from the Starship Enterprise.)


I spent a lot of time thinking about that horse and asking questions, but no one could remember anything specific about it. Figures. I doubt very much the Nancy horse was a beautiful thing, and apparently not a favorite. Life on the prairie was pretty tough, and my namesake, like my own family, probably had to scrounge for food, and probably made do with very little. There might be a picture of my namesake, however, no one could confirm that the horse depicted in it was the actual Nancy horse—it could have been anyone, really. This picture shows my grandma, back in 1936, standing next to a single chisel plow that was hooked up to what can only be described as a reluctant beast of burden. I suppose that sad horse was my namesake: Nancy of the endless work, Nancy of the dirt and mud, Nancy of the sad existence.

It didn’t take me long to figure out that my name singled me out from my siblings. There were six of us in all, three boys and three girls—like the Brady Bunch. My brothers’ names are Nathan, Philip, and James. Nathan, after the Old Testament prophet who rebuked the mighty King David for his bad behavior with Bathsheba; Philip and James, after two apostles to Christ. My sisters are Mary and Joy. If you haven’t picked up on the theme yet, you probably haven’t been paying attention. By the time you get to Mary, you should be associating something about these names with other words, like “holy” and “Bible” and “religious.” Even Joy, who isn’t a character in the good book will probably make you think of something Christian-related—the result of Grace, for instance, or Faith. Those are my siblings. And then there’s me—Nancy. I wonder now why my parents didn’t consider naming me Naomi, or Rachel, or even Miriam, I would have liked that name. Instead they settled on honoring my great-grandma with my middle name, Caroline, and my grandma’s dead horse with my first.

Journaling Prompt:  Write the story of your name. 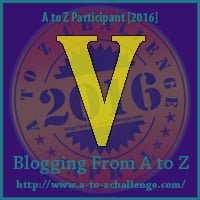 V is for Vog

Review of Appomattox at The Guthrie Theater