Quote of the Day:  Violence and the threat of violence is around us every day.  I tried googling that statement to see if I should give a quote credit to an individual, but found many, many articles on violence, from the recent shooting in Arizona, to domestic violence right here in our back yard, and the continued nation-wide violence across the globe.

Just this week, our local Y had a bomb scare.  My young sons were in the pool at their normal swim practice.  I’d sent my oldest son to pick them up and drop off his other brother.  And, where was the Mother? (they always ask that in media interviews)  I was at home having a happy piano lesson with two of my neighbor girls.  I’d sent my sons off into a potential danger zone.  Now, I’m not as paranoid as that sounds.  I realize that most of the bomb threats are done by kids wanting attention.  My oldest son wanted to “poo poo” my worries.  I said, “Listen, I know it’s not probable, but it IS possible.  Do you think your friend in Omaha ever thought that a school shooting would happen where she lives?”  He said, “Good point.”  I thanked him.  All I need to know is that they understand that danger IS out there.  It can happen anywhere at any time.  It doesn’t matter where you live or how many times you been somewhere.  This could be the day that violence strikes. 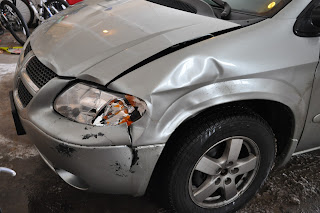 Two days later, while I was driving home from the Y after dropping off one of my sons, I hit a deer.  It wasn’t far from where I hit one last year.  Killed it, just like last year, and the damage to the vehicle looks about the same.  Last year, I hit one in the morning, just before the sun came up.  This year, just after the sun went down.  You never know when something will pop out of the darkness and scare you half to death.  Luckily, a friend and work-out buddy from the Y, stopped her car and stayed with me until the cops checked out the situation, and she followed me home.  I am grateful for my girlfriend who helped, but when her car stopped, I didn’t know who would be coming out to “help.”  It could also have been someone who would harm me.

I remind my kids to shut and lock doors when they leave the house, especially when I’m not home.  I need to remind them that I am a vulnerable woman.  Women are victims of violence every day – Every Single Day – around the world, and yes, right here in our own back yard.

They say that Superbowl Sunday is one of the worst days in the USA for domestic violence.  If you sense danger as testosterone and tempers escalate, make a plan.  Leave the house, leave town, seek shelter from a friend, family member, or your local women’s shelter.  You are not alone, and there are people out there who will help you.  Trust your intuition.  If something doesn’t feel right, seek help.  We have this “Hollywood” image of what spousal abuse looks like – it’s bruises and kicks and broken bones, but that’s just when it’s escalated to its peak.  It can also be name calling, insults, cruel teasing, hissing criticisms in your ear, the silent treatment, demanding his way, the threat of violence by slamming doors, breaking things, talking about guns and shooting.  Isolation.

We live in a world of violence and the threat of violence.  We must remain ever vigilant.  We need to trust our instincts.

Be strong. Be safe.  So that you can Go, Create, and Inspire others.

Journaling Prompt:  Write about a time when your instincts helped you in a situation.