My Fair Lady coming to The Guthrie

Quote of the Day:  I could have danced all night! from one of my favorite musicals My Fair Lady. I’m excited to share this press release. And, oh, yes, I’ll be there opening weekend, toes tapping, throat humming, eyes sparkling!

(Minneapolis/St. Paul) On Tuesday the Guthrie held the first rehearsal for its summer production of My Fair Lady, the hummable, quotable, utterly enjoyable musical for the whole family. Playing for the first time at the Guthrie, under the direction of Joe Dowling, My Fair Lady will feature Helen Anker as Eliza Doolittle, Tony Sheldon as Colonel Pickering, Donald Corren as Alfred P. Doolittle – all in their Guthrie debuts – and Jeff McCarthy as Professor Henry Higgins. Performances begin on the Wurtele Thrust Stage on Saturday, June 28. Single tickets start at $28 and are now on sale through the Guthrie Box Office at 612.377.2224, toll-free 877.44.STAGE, 612.225.6244 (Group Sales) and online at www.guthrietheater.org.

Sketches of the costumes

The story, the songs, the characters – you know and love them. Now, for the first time in Guthrie history, see them come to life in a spectacular, new production. Professor Henry Higgins loves language. Cockney flower girl Eliza Doolittle yearns to speak like a lady. Sparks fly when his curiosity and her determination launch a daring social experiment designed to turn a lower-class ugly duckling into a high-society swan – with unexpected results for both of them. Based on George Bernard Shaw’s delightful social satire Pygmalion, Lerner and Loewe’s charming and beloved musical features such unforgettable numbers as “I Could Have Danced All Night,” “The Rain in Spain” and “On the Street Where You Live.”

The cast of My Fair Lady features the talents of Helen Anker as Eliza, Jeff McCarthy as Higgins,Tony and Olivier award nominee Tony Sheldon as Colonel Pickering, and Donald Corren asAlfred P.Doolittle. Born in Banbury, Oxfordshire, Helen Anker made her professional debut at the age of 9 in 1981 when she played Louisa in The Sound of Music with Petula Clark at London’s Apollo Theatre, and she has since appeared in numerous productions on the West End, including Parade, On the Town, Beautiful Be Damned, Oklahoma!, Crazy for You, Radio Times and The Sound of Music. In 2010 she played Miss Olson in the Broadway revival of Promises, Promises and among her U.S. regional credits are The Odd Couple, Newsies, Curtains and The 39 Steps. Jeff McCarthy last appeared at the Guthrie in The Misanthrope (1987-1988) and Anything Goes (1984-1985). He made his Broadway debut in 1983 playing opposite Anthony Quinn in Zorba, and later created the role of Officer Lockstock in the original cast of the Broadway musical Urinetown. His additional Broadway credits include the Beast in Beauty and the Beast, Terry in the original cast of Side Show, Dubhdara in The Pirate Queen and Billy Flynn in Chicago. In 2012, McCarthy played the title role in the stage version of How the Grinch Stole Christmas! at Madison Square Garden. Tony Sheldon played more than 1200 performances as Bernadette in Priscilla Queen of the Desert in Sydney, Melbourne, Auckland, West End, and Toronto prior to the Broadway premiere in March 2011. He was nominated for Olivier, Tony, Theatre World, Drama Desk, Drama League, and Outer Critic’s Circle awards for that role. In addition to playing Horace in Hello, Dolly! at the Goodspeed Opera House, Sheldon has an extensive resume in Australia, including roles as Roger De Bris in The Producers, Clyde Gabriel in The Witches of Eastwick, Fame – the Musical, Private Lives, Merrily We Roll Along, Into the Woods, The Fantasticks and Company. Donald Corren created the role of Cosmé McMoon opposite Judy Kaye’s Florence Foster Jenkins in the 2005 Broadway production of Souvenir. He also starred on Broadway in Torch Song Trilogy, for which he received awards from both the Los Angeles and San Francisco Drama Critics Circle while on tour. Corren appeared Off-Broadway in The Last Sunday in June, Saturday Night, and Tom Foolery, and regionally in productions of Superior Donuts (Pittsburgh Public Theater), The Winter’s Tale (The Shakespeare Theatre), Animal Crackers (Arena Stage) and The Importance of Being Earnest (Old Globe Theatre). He is also recognized for his recurring role as Medill for nine seasons on NBC’s “Law & Order.” 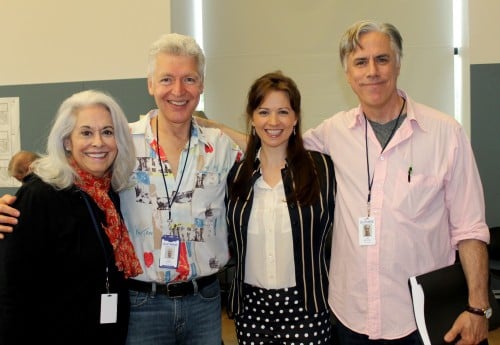 My Fair Lady begins preview performances on Saturday, June 28, opens Friday, July 4 and continues through Sunday, August 31 in the Wurtele Thrust at the Guthrie Theater. Single tickets start at $28 and are now on sale through the Guthrie Box Office at 612.377.2224, toll-free 877.44.STAGE, 612.225.6244 (Group Sales) and online at www.guthrietheater.org.

The GUTHRIE THEATER (Joe Dowling, Director)was founded by Sir Tyrone Guthrie in 1963 and is an American center for theater performance, production, education and professional training. The Tony Award-winning Guthrie Theater is dedicated to producing the great works of dramatic literature, developing the work of contemporary playwrights and cultivating the next generation of theater artists. With annual attendance of nearly 500,000 people, the Guthrie Theater presents a mix of classic plays and contemporary work on its three stages. Under the artistic leadership of Joe Dowling since 1995, the Guthrie continues to set a national standard for excellence in theatrical production and performance. In 2006, the Guthrie opened its new home on the banks of the Mississippi River in Minneapolis. Designed by Pritzker Prize-winning architect Jean Nouvel, the Guthrie Theater houses three state-of-the-art stages, production facilities, classrooms and dramatic public lobbies. www.guthrietheater.org 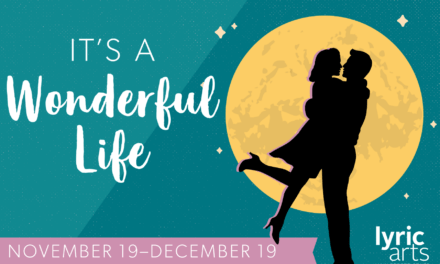 Review of It’s a Wonderful Life at Lyric Arts

Connecting to the Community through Art