Quote of the Day:  The song changes over time. It changes depending on who you’re singing it to. The song changes. This is one of the quotes that flashed on the backdrop as the dancers were performing Anytown at the Guthrie, running through Sunday, June 24. I wish they had printed the quotes in the program along with descriptions of the songs and what the dancers were trying to tell us through their movements. Go to The Guthrie multimedia page for a rehearsal video clip. 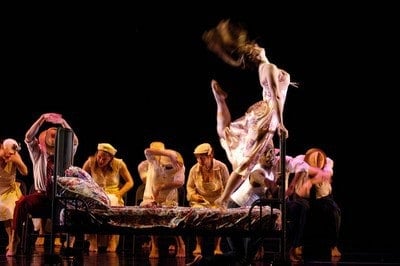 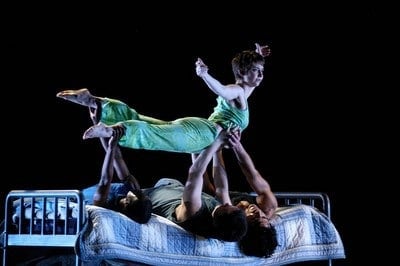 The Guthrie Theater presents a Shapiro & Smith Dance production of Anytown, Thursday, June 21 – Sunday, June 24. Pictured: Kari Mosel and company. Photo credit: V. Paul Virtucio
Some images were clear to me. I felt the need and longing from Human Touch (opening number), the family conflict in Square Dance, the turmoil and conflicting emotions of When You’re Young in the City, and the sexual tension in The Big Muddy. Other images and movements went right past me, I’m sure. I regretted not having a background in dance – for my lack of interpretation skills, as well as an envy of the dancers. They are beautiful and athletic. They look strong and powerful out there, so confident. I can’t take my eyes off of them and wonder how many hours of training it must take to be so skilled and poised for an entire show like this. 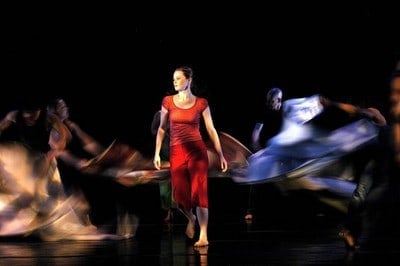 The Guthrie Theater presents a Shapiro & Smith Dance production of Anytown, Thursday, June 21 – Sunday, June 24. Pictured: Maggie Bergeron and company. Photo credit: V. Paul Virtucio
I loved the staging of Maria’s Bed, with the company sitting all proper like they’re in church, sweet costumes, hats, jazzy movements, and the dancer in the back on the bed and moved towards the front, like we’re one way in public and another in private.
My favorite number was St. Genevieve because it is about a river, how it flows and floods, and like life, you can’t really move away from it. The choreography truly looked like a flowing river. And, the final numbers with Laura Selle Virtucio dancing solo, then the company joining her for Born in the U.S.A. and Glory Days were fantastic.
I know I missed some of the meaning and some of the story, and my techie son admits to not understanding much of it, but I chose to sit back and just watch and feel the emotions that the songs and dancers created. That was worth the drive to the cities from my home in Brainerd on a gorgeous summer night. As we left the city, just a hint of light was still on the horizon, golden and hopeful, and as we were heading north, flashes of lightning gave us a preview of the Fourth of July.
And, I had one more date with my oldest son, the HS graduate, who will be heading off on his own adventures, soon. He expanded his horizons just a bit more with this trip to the city. 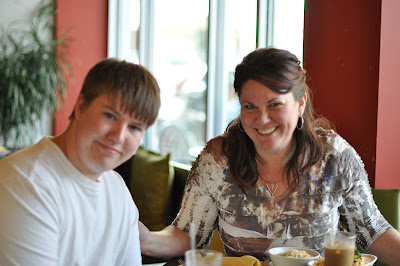 He tried Thai food for the first time at Kindee near the Guthrie. 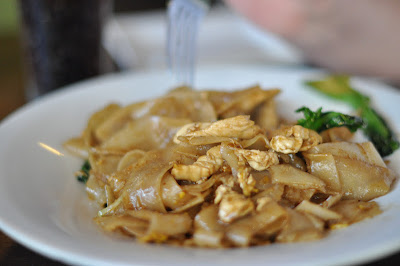 His was a milder noodle dish. 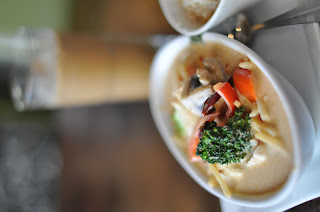 I had spicy red curry. Hoo! it heated up my mouth, but I cooled it off with that delicious iced coffee. 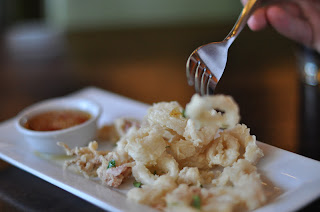 We both enjoyed the fried calamari, lightly breaded with just the right amount of spice in the dipping sauce.
(Thanks to our waitress Michelle for the great recommendations.)
Dare to expand your horizons. There is so much of life to taste and see.
Go. Create. Inspire!
Journaling Prompt:  Go out and try something new, a food, an artform, or even a drive down a new road. What have you discovered? 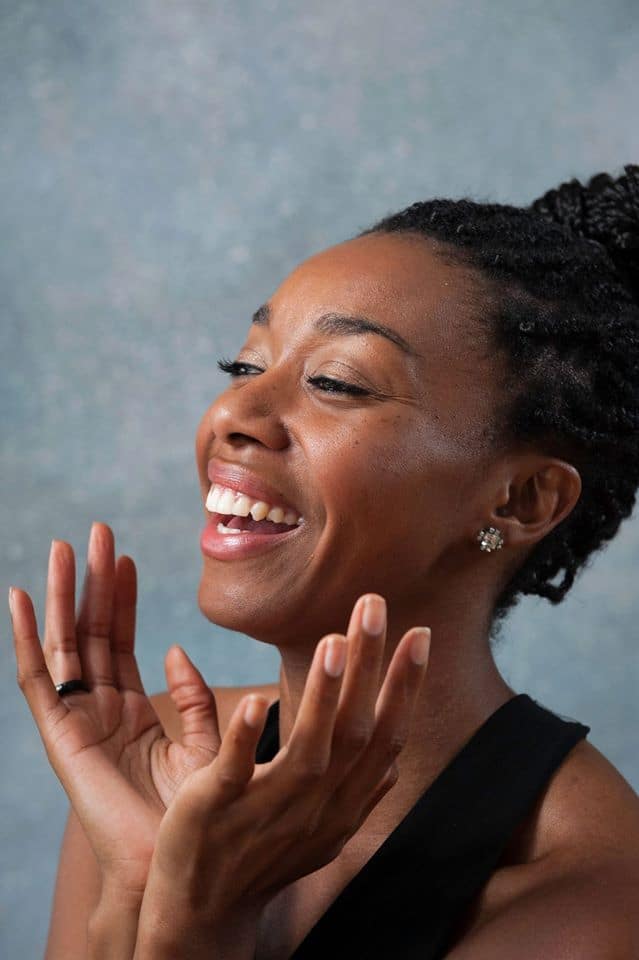 Inspiring Story of Hope in Guatemala