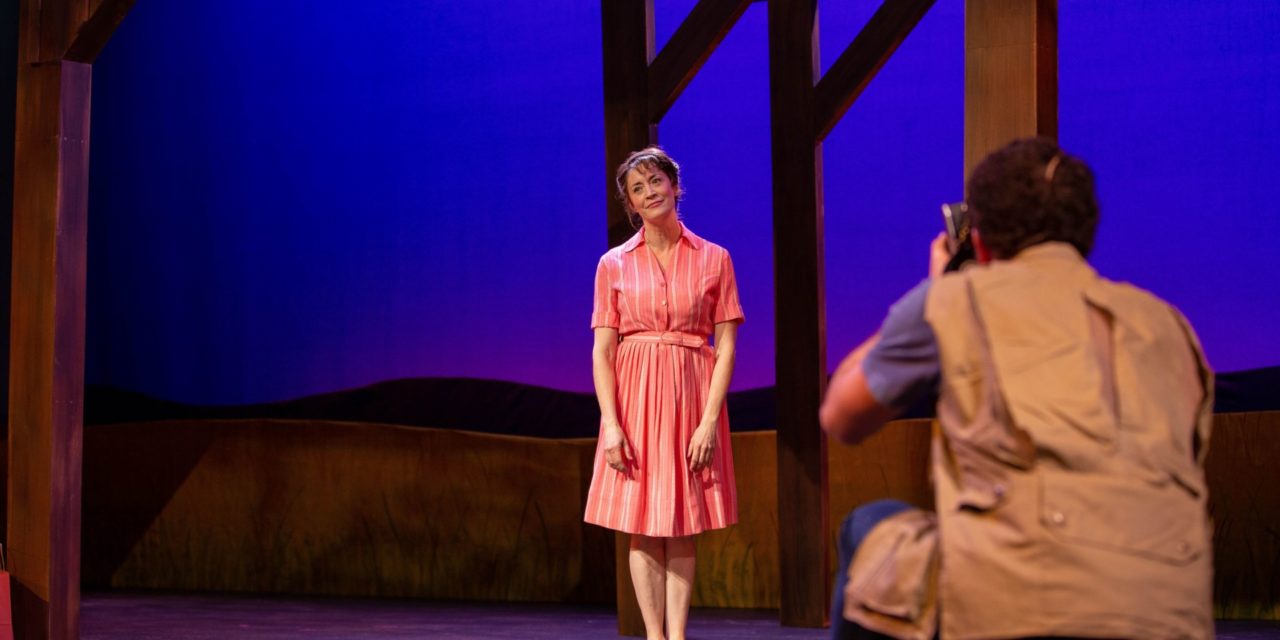 Quote of the Day: It’s clear to me now that I have been moving toward you and you toward me for a long time. Though neither of us was aware of the other before we met, there was a kind of mindless certainty bumming blithely along beneath our ignorance that ensured we would come together. Like two solitary birds flying the great prairies by celestial reckoning, all of these years and lifetimes we have been moving toward one another. Robert James Waller, The Bridges of Madison County 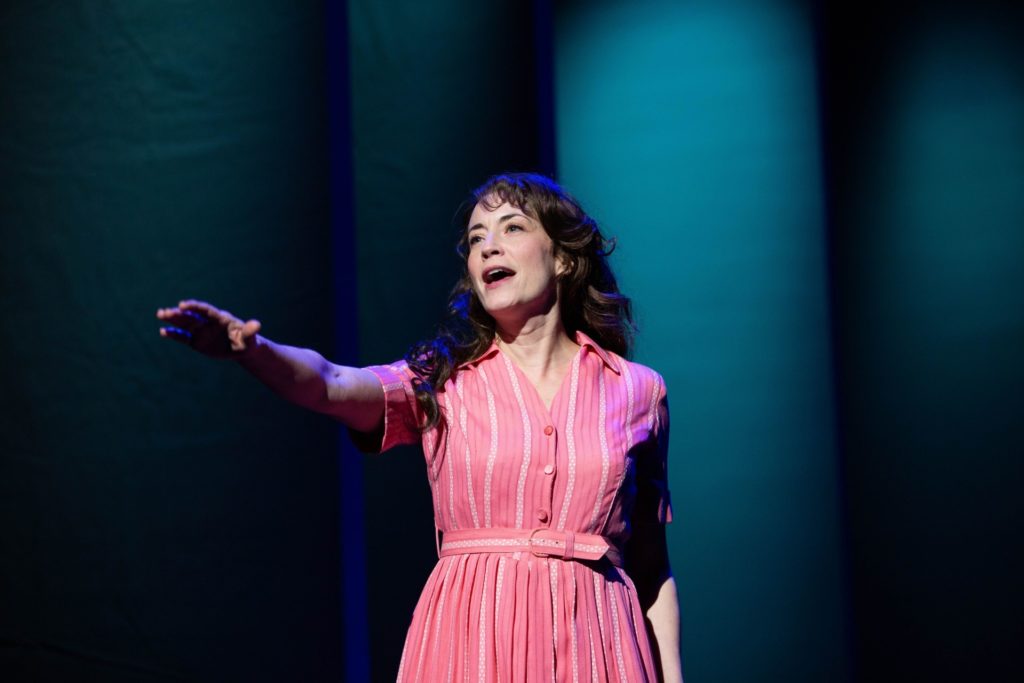 Jennifer Baldwin Peden as Francesca in “The Bridges of Madison County” at Artistry. Photo by Devon Cox

Waller’s novel, The Bridges of Madison County, was a best-seller in 1992. I saw the movie adaptation starring Meryl Streep and Clint Eastwood in 1995. The story is filled with longing and love, of a life lived one way, with the promise of another. It’s heartbreak and passion rolled into one. Not all the popular movies that have been turned into musicals work, but The Bridges of Madison County’s score is so beautiful, it was certainly meant to be. (Book by Marsha Norman. Music and Lyrics by Jason Robert Brown.) It begins with a cello solo, low and haunting, that put tears in my eyes. The entire score is written for strings and percussion. Under the direction of conductor Anita Ruth, the small ensemble fills the room with the sounds of the heart. Violins: Terry Elliott, Elizabeth Loudon, and Carolyn Boulay, and Emily Pflaum on viola. That gorgeous cello was played by Ed Cadman. Jared Waln on guitar and Joan Griffith on base. Kate Brown plays the lovely piano music, and Brian Glenn handles the percussion. 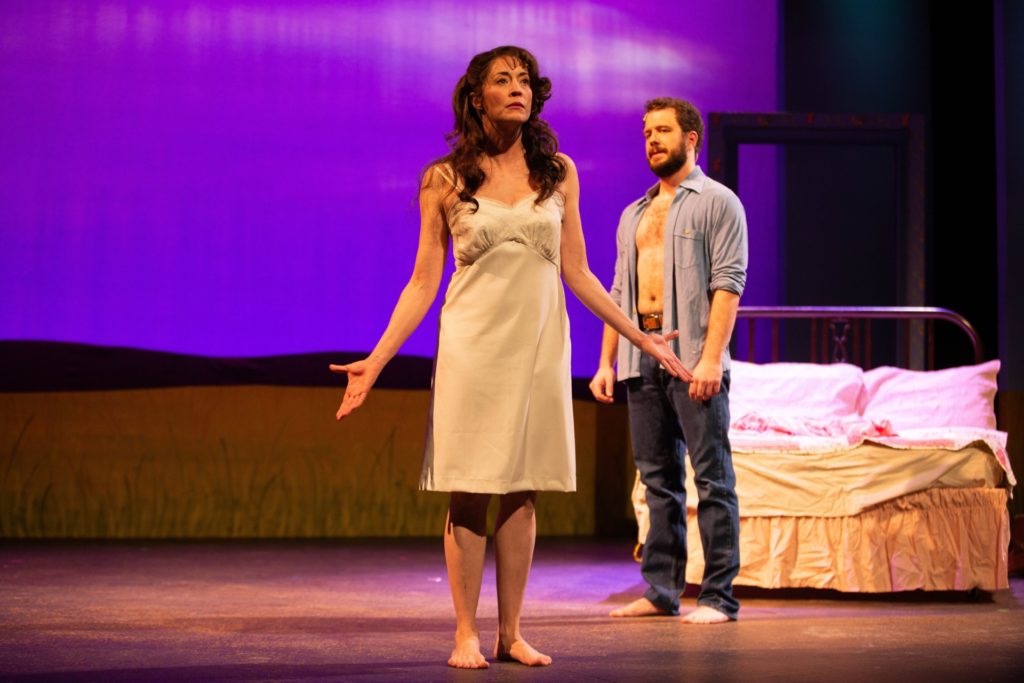 Jennifer Baldwin Peden as Francesca and Eric Morris as Robert in “The Bridges of Madison County” at Artistry. Photo by Devon Cox

Then, Jennifer Baldwin Peden entered, playing Francesca, the lonely war bride, to perfection. Her voice has a pure musical quality that you could listen to all day. Eric Morris plays the wandering photographer Robert Kincaid. Together, their voices blend and soar. I can only gush about the vocal excellence in this musical. Add Charlie Clark as Francesca’s dispassionate farmer husband, whose voice belies that stoic image. His duet with Fred Mackaman (Charlie) in “When I’m gone” evoked a little “whoop” from me. Becca Hart is stunning as usual as Robert’s ex-wife Marian, and others. Alyson Enderle as daughter Carolyn and Ryan London Levin as Michael, play their parts of squabbling siblings well, who also show their own determination and hopes and dreams. They are Francesca’s whole world, until the handsome and thoughtful photographer shows up. 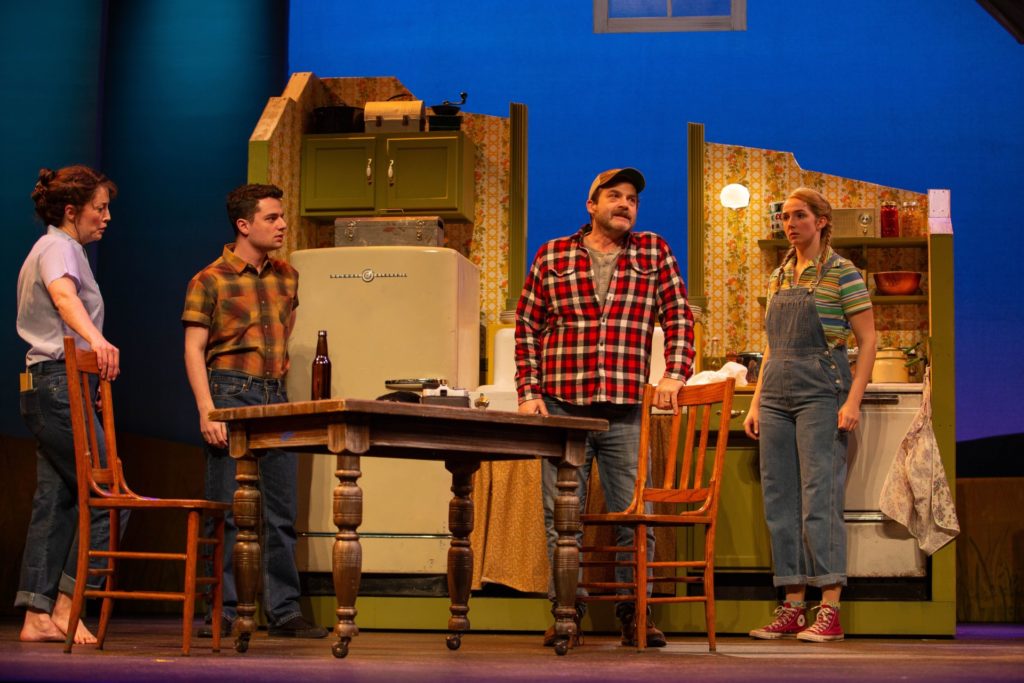 Wendy Short-Hays plays the always observant neighbor Marge with some flit and flair, and Luke Harger and Lydia Wagner round out the cast, playing various parts. “For a small cast, they sure put out a big sound” (overheard from audience member) Honestly, these are some of the best vocals in a musical that I’ve ever heard. This is Broadway good, folks. Don’t miss it!

Director Benjamin McGovern brings out the best in the cast. Brittany Marie Wilson did the choreography. Rick Polenek’s set is simple, with many moving parts, very representational and functional. The lighting by Michael P. Kittel is phenomenal. During the memory sequence in “Almost Real,” the lighting helped tell the story and gave focus and clarity as characters faded in and out of the scene with Francesca. (A favorite moment in the musical)

Artistry has produced a superior musical in The Bridges of Madison County. Grab your best friend, sister, husband, lover, whomever, and go. Not to be missed! Playing through February 16, 2020. Get your tickets before it sells out.

“And in that moment, everything I knew to be true about myself up until then was gone. I was acting like another woman, yet I was more myself than ever before.” Robert James Waller, The Bridges of Madison County

Don’t we all long to be with someone who truly sees us?