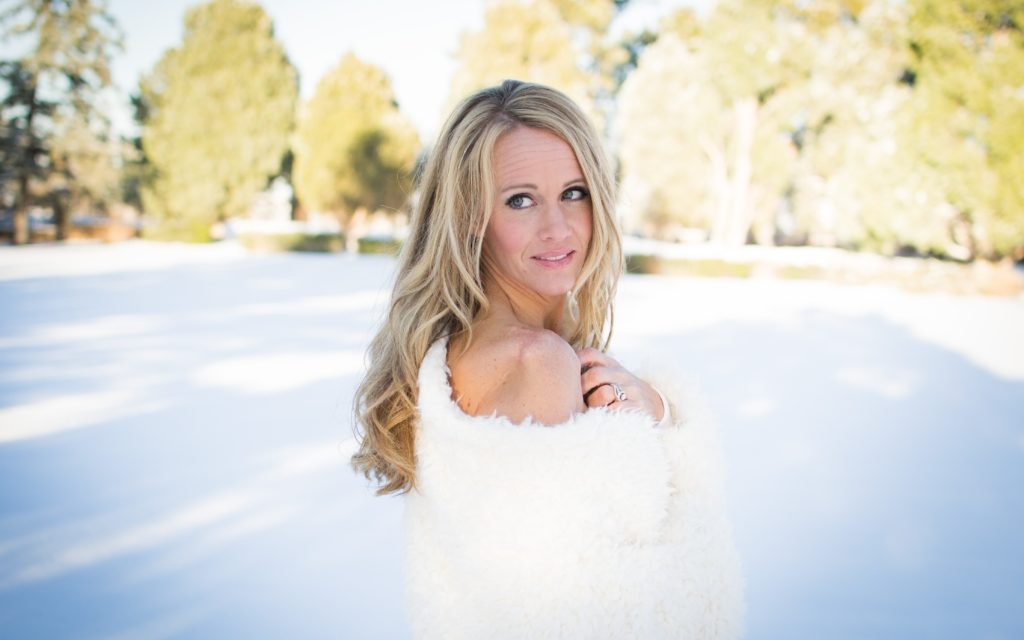 Quote of the Day: As I exit the library, I determine to find the beauty in the ashes of this experience if it is the last thing I ever do on this earth. Kacey Ruegsegger Johnson, a month after surviving the school massacre at Columbine High School, April 20, 1999, when she and a group of survivors, their families, and the FBI, re-entered the building. Kacey remembered every excruciating detail of those harrowing minutes in the library where the shooters aimed a gun at her and blew her shoulder to bits. As her shoulder bled out, she felt another sensation, that of a comforting hand telling her to remain calm and play dead. She fled the building with school mates and other victims, then started the slow road to recovery. 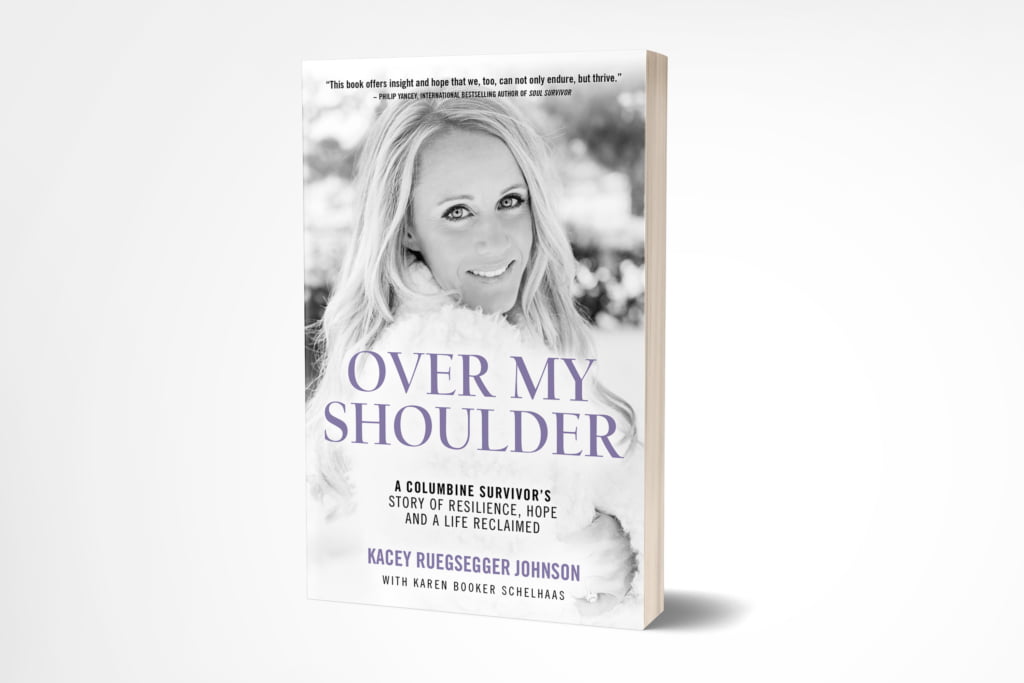 Kacey’s publicist, Krista at Blue Cottage Agency, asked me to read and review Over My Shoulder. I’ll admit, I was reluctant to do so. I remember when that shooting happened. I had two small children at the time (my twins would be born a year later). I was a mom, and as a parent, I watched our worst nightmare unfold on the television screen. This was the first mass shooting in a school that I’d ever witnessed, and it sent fear through my veins. I wanted to believe that it couldn’t happen here, in small town rural Minnesota. But, events over the past 20 years have proven otherwise. No one is immune to violence.

Kacey shares her personal experience, the grim details, and the courageous fight to not only survive, but thrive. Now, 20 years later, she is a mother of four children, married to a man who shows her mutual love and respect, and is an advocate for AlloSource, a bone and tissue donation resource that she benefited from after the shooting.

The Columbine High School massacre is back in the news, marking 20 years since that horrific event. Since then, many mass shootings and murders of young, innocent children have occurred. Gun violence has become all too common place. We all need to work together for a more peaceful life and to protect our children. This is not a video game. When the ash settles, the victims won’t be standing back up and resetting their lives. Many of them will never see another day. Others will live with their scars, both internal and external, for the rest of their lives.

Kacey chose life. She shares her story in hopes of encouraging others and to support an important cause, AlloSource, and to offer a shoulder to lean on to anyone who’s gone through similar trauma. While Kacey has spent much of her post-trauma life looking over her shoulder with fear of another attack, she has also felt the calming power of a higher power who laid a comforting hand on her shoulder and kept her alive, during and after that fateful day. And, now she offers her own, stronger and rebuilt, shoulder to others.

Kacey’s story, Over My Shoulder, isn’t an easy one to read. It puts a real person and her family into the headlines and evening news.

You can learn more about Kacey in these interviews:

Hug your kids, pay attention to where they are and what they’re doing. Give the people you love your undistracted time and attention.

Journaling Prompt: How do you show someone that you care about them?

Invite to Lizzie Bright and the Buckminster Boy