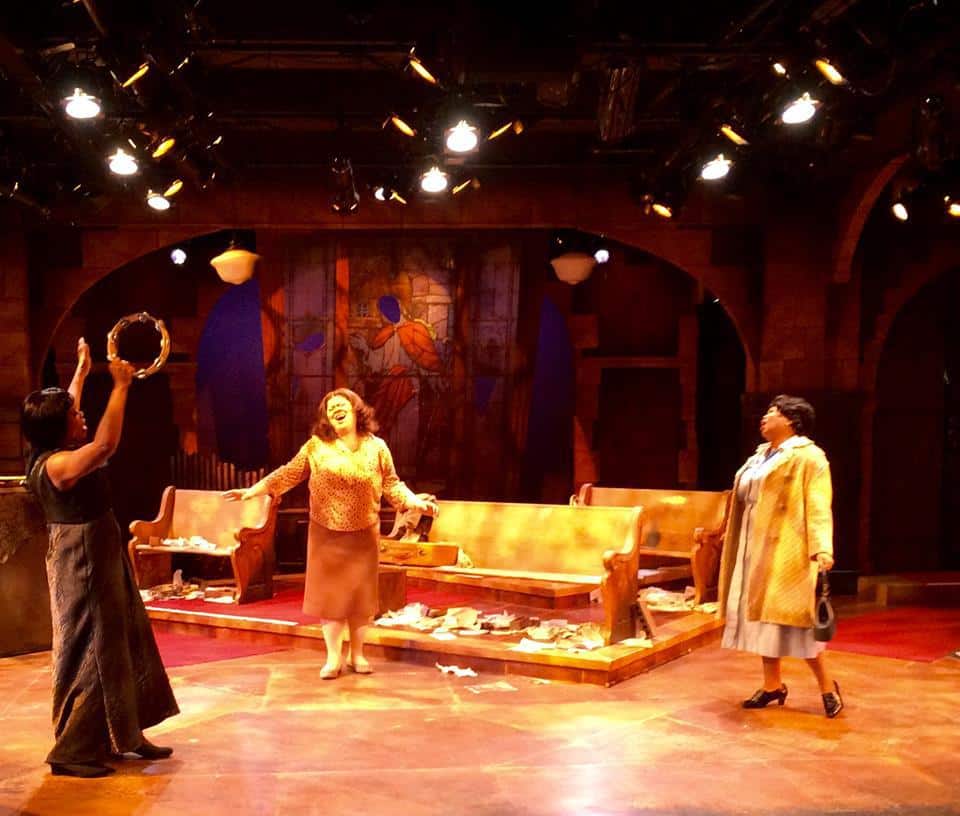 Quote of the Day: My skin is black, My arms are long, My hair is woolly, My back is strong…My skin is yellow, My arms are strong, Between two worlds I do belong…My skin is tan, My hair is fine, My hips invite you, My mouth like wine…My skin is brown, And my manner is tough…What do they call me? My name is Peaches. from Nina Simone’s song My Skin is Black. You can learn more about the artist/activist, her music and her story at Park Square Theatre through March 26, 2016. This is one of the most moving and powerful performances I’ve ever seen. Nina Simone: Four Women is sweet, soulful, and strong. If you see nothing else this theatre season, see this one. There are times when you’ll want to stand up and shout an “Amen!” and times where you’ll want to clap along, hum, and move your own body, as you let the songs wash over you. And, there are times when you’ll sit there with your heart breaking, and tears in your eyes, for all the violence and pain in our world, in particular the world of the Black woman and her children. 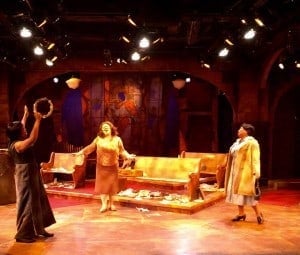 We enter the theatre and see the debris and chaos left by 19 sticks of dynamite that exploded in the 16th Street Baptist Church in Birmingham, Alabama, on September 15, 1963, killing four young girls: Addie Mae Collins, Cynthia Wesley, Carole Robertson, and Carol Denise McNair. Dead. They went to church. They stayed away from the marches and the fire hoses. They went to a place of sanctuary, and that’s where they were killed. Nina Simone: Four Women takes place in the wake of that tragedy. Nina Simone (Regina Marie Williams) is writing a new song. She no longer wants to just sing “nice songs for white folks,” she wants to make a statement, and she knows that music and words are powerful weapons against social injustice. “Aunt” Sarah (Aimee K. Bryant) enters, breathless, trying to avoid the conflict, seeking shelter. She is unimpressed with the singer/songwriter in her midst. She just wants to live out her life, not making waves. But, some conflicts are unavoidable. Next, we meet Saffronia (Thomasina Petrus) who is angry. She feels the hurt of the world and it shows on her face and in her actions. Before we can get too comfortable, Sweet Thing (Traci Allen Shannon) marches in, ready for battle. She is wounded deep down inside. She’s not going to back down from conflict and aggression. In fact, she’s willing to face it head on, even start it, if she has to. All the while, we hear the crowd outside, the rioting, the breaking of glass, and the turbulence. Then, as the violence threatens to once again penetrate the sanctuary, we hear the laughter and squeals of the four young girls: Addie, Cynthia, Carole and Carol, as their ghosts give perspective to the four women. “When are we going to learn to stop hurting each other,” Nina cries. She’s not just talking about the race wars and societies hatred, she’s talking about women who turn on each other instead of lift each other up. When will we learn?

Nina Simone: Four Women was written by Christina Ham in collaboration with Regina Marie Williams who had been performing Simone’s songs and wanted to tell more of her story. This is the debut production of this play. Some of the other songs were “To be young, gifted, and black,” “Sinnerman,” and “I want a little sugar in my bowl,” sung by these extremely talented women who’s voices ring with freedom and courage, soul and sweetness. I wished it had gone on longer.

Journaling Prompt: What color is your skin? What makes it beautiful? What makes you strong?