Review of Georgiana & Kitty at the Jungle Theater 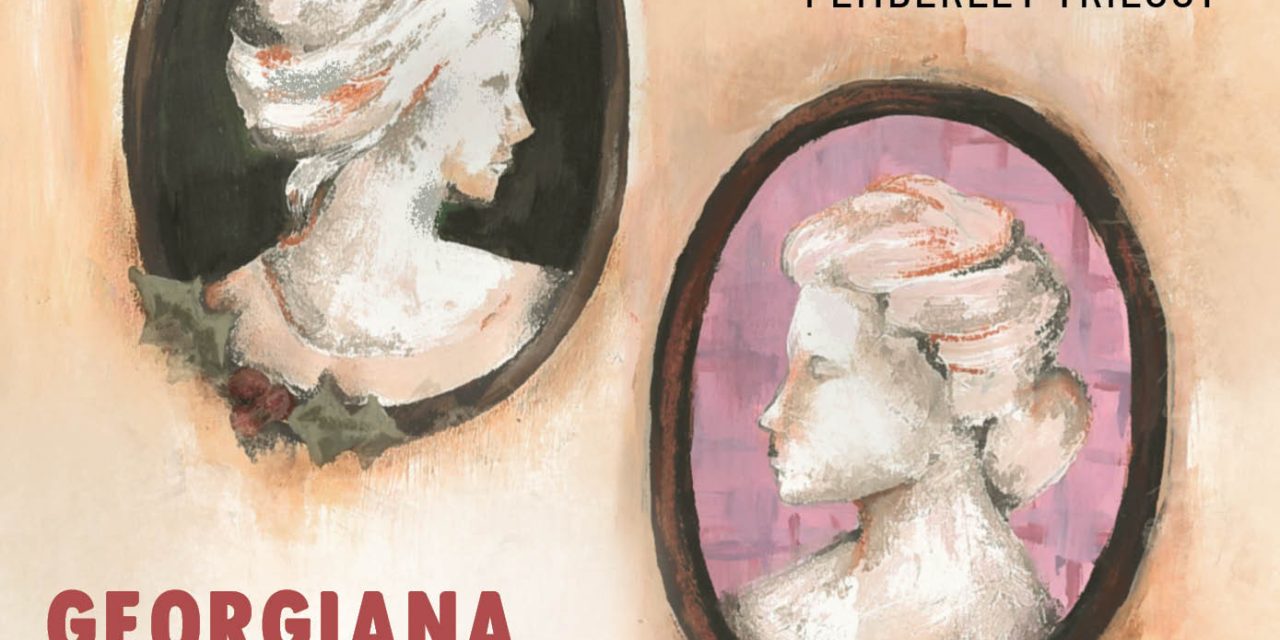 Quote of the Day: The piano is the only thing that hasn’t let me down. Georgiana Darcy in Georgiana & Kitty: Christmas at Pemberley, by Lauren Gunderson & Margot Melcon, co-directed by Christina Baldwin & Angela Timberman, on stage at The Jungle Theater through December 23, 2022.

My friend Joanna and I, along with her daughter Miss B., have made a tradition of attending the Christmas at Pemberley productions during the holiday season. The Jungle first produced Miss Bennet in 2017 and The Wickhams in 2018. We’ve waited four years for this third and final installment of the Christmas at Pemberley series created by Gunderson & Melcon. It might be my favorite. 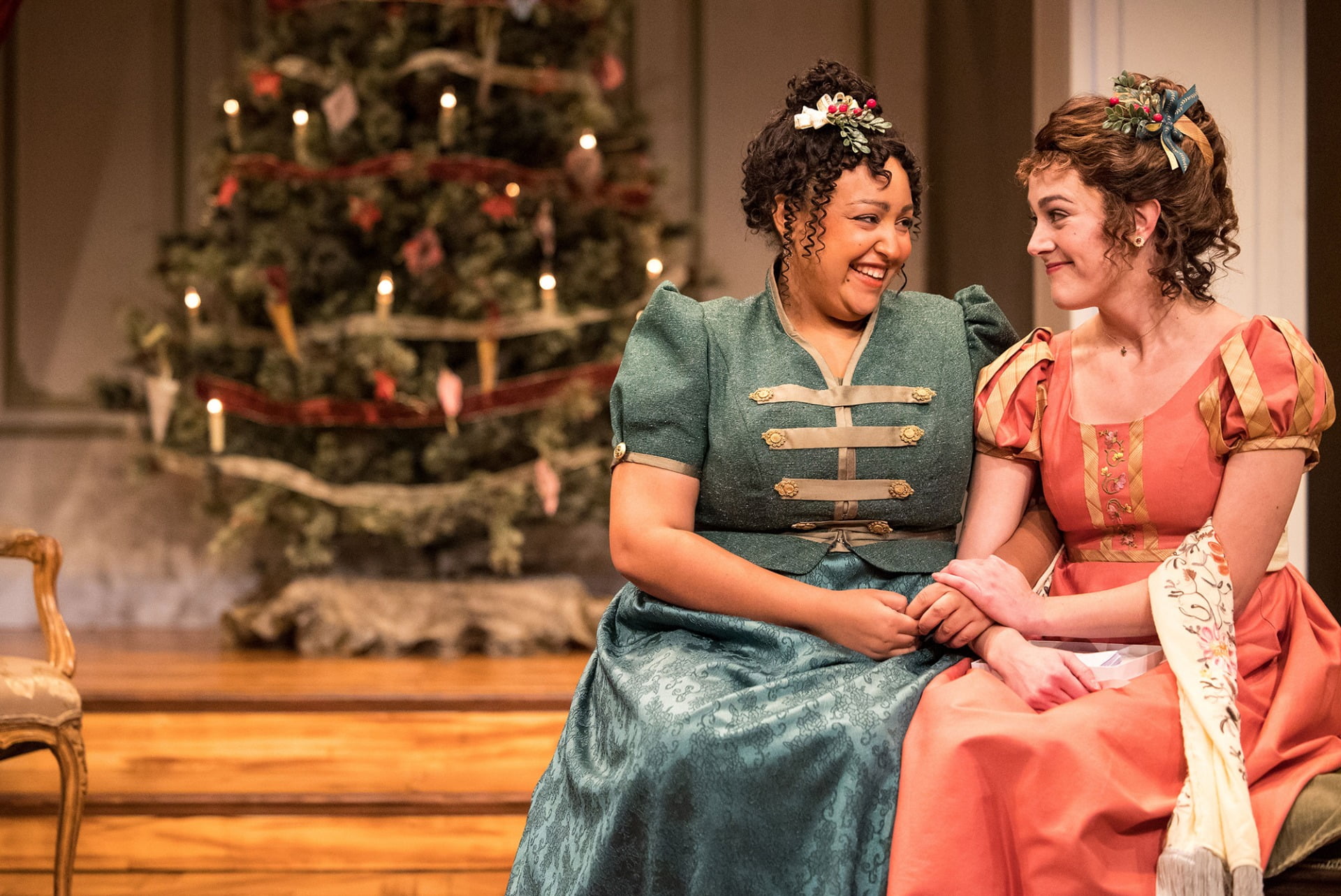 Marisa B. Tejeda as Georgiana and Becca Hart as Kitty in Georgiana & Kitty at the Jungle Theater, thru 12/23/22. Photo: Dan Norman

I immediately connected with Georgiana (Marisa B. Tejeda) as she finds comfort and inspiration at the piano. I could also relate to the line about needing to play the piano in order to process her feelings and the situation. Her brother, Fitzwilliam Darcy (James Rodriguez) is happily married to Elizabeth Bennet (Sun Mee Chomet), and this play, along with the other two installments, take place two years after their story in Jane Austen’s popular novel Pride and Prejudice. Playwrights Gunderson & Melcon have fun with these beloved characters, plus adding a few characters to continue the story.

Georgiana is an accomplished piano player and composer. She met Mr. Henry Grey (Dustin Bronson) after a concert, and he shows up at Pemberley at Christmastime with his friend Mr. Thomas O’Brien (Tom Reed). Mr. O’Brien takes a shine to Kitty Bennet (Becca Hart), while Mr. Grey and Georgiana work through their awkwardness by talking about music and its intricacies. Kitty and Georgiana are forming a society of women musicians, and they are determined that nothing will get in the way. Some roadblocks go up in the romance department when Georgiana’s overprotective brother Mr. Darcy finds out details about Mr. Grey’s life. Georgiana delves deeper into her music. 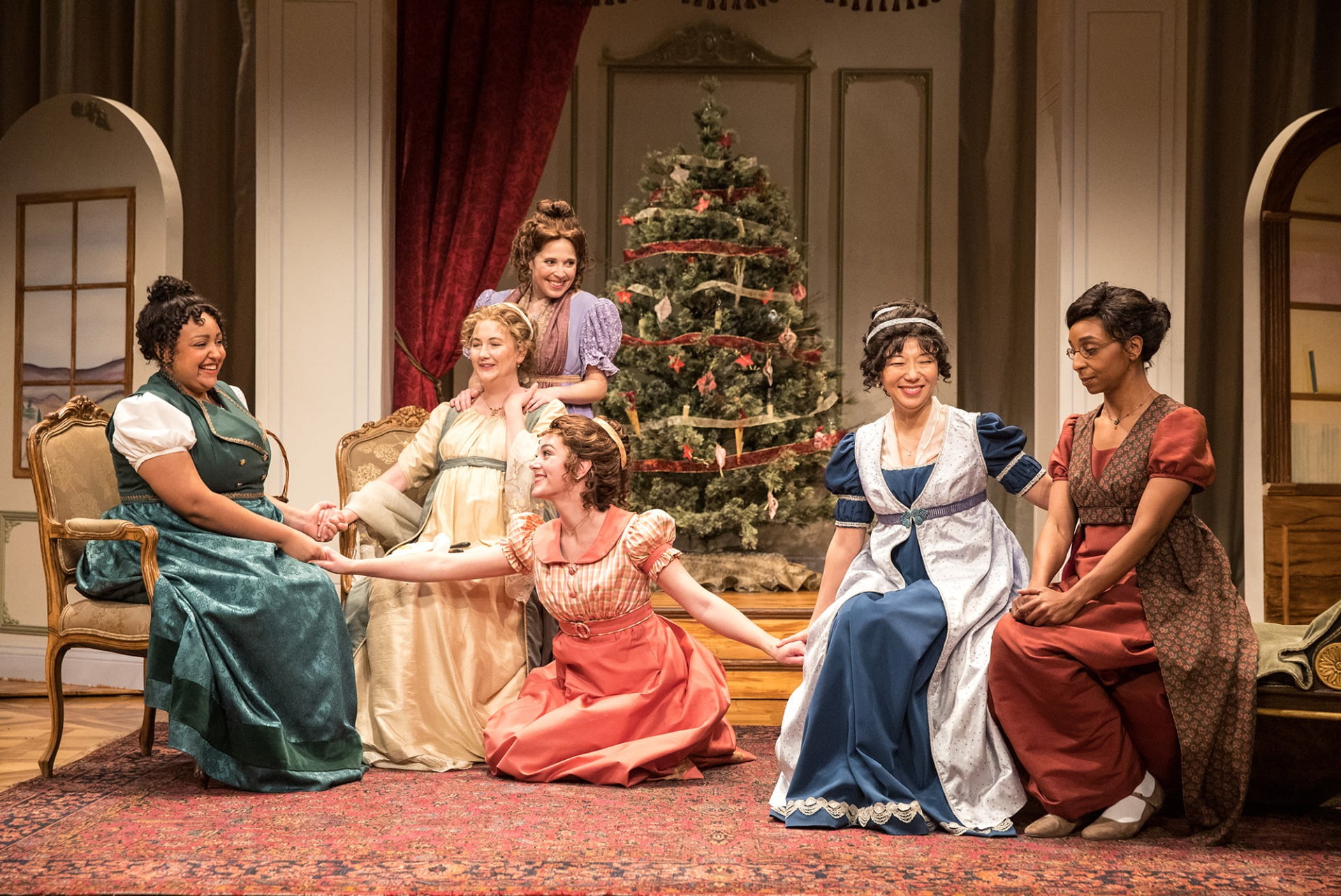 The sisterhood is strong in this episode of the Pemberley Christmas. Mary (Vinecia) is happier and more social now that she’s found love. (We watch her story unfold in the first installment, Miss Bennet, which you can see over in Anoka at Lyric Arts this season). Lydia (Adelin Phelps) is still flitting about with her ribbons, but seems to have found peace with her situation with Wickham (the storyline in The Wickhams). And, Jane Bingley (Shae Palic) is still pregnant. The shows all take place within the same week, until Act II of Georgiana & Kitty. At first, we wondered why the set was less elaborate for Georgiana & Kitty, then in Act II, we see that the setting changes to a concert hall in Georgiana’s house, and its six years later. With the debut of the Women’s Music Society and Georgiana’s big concert, Mr. Grey re-enters the scene. 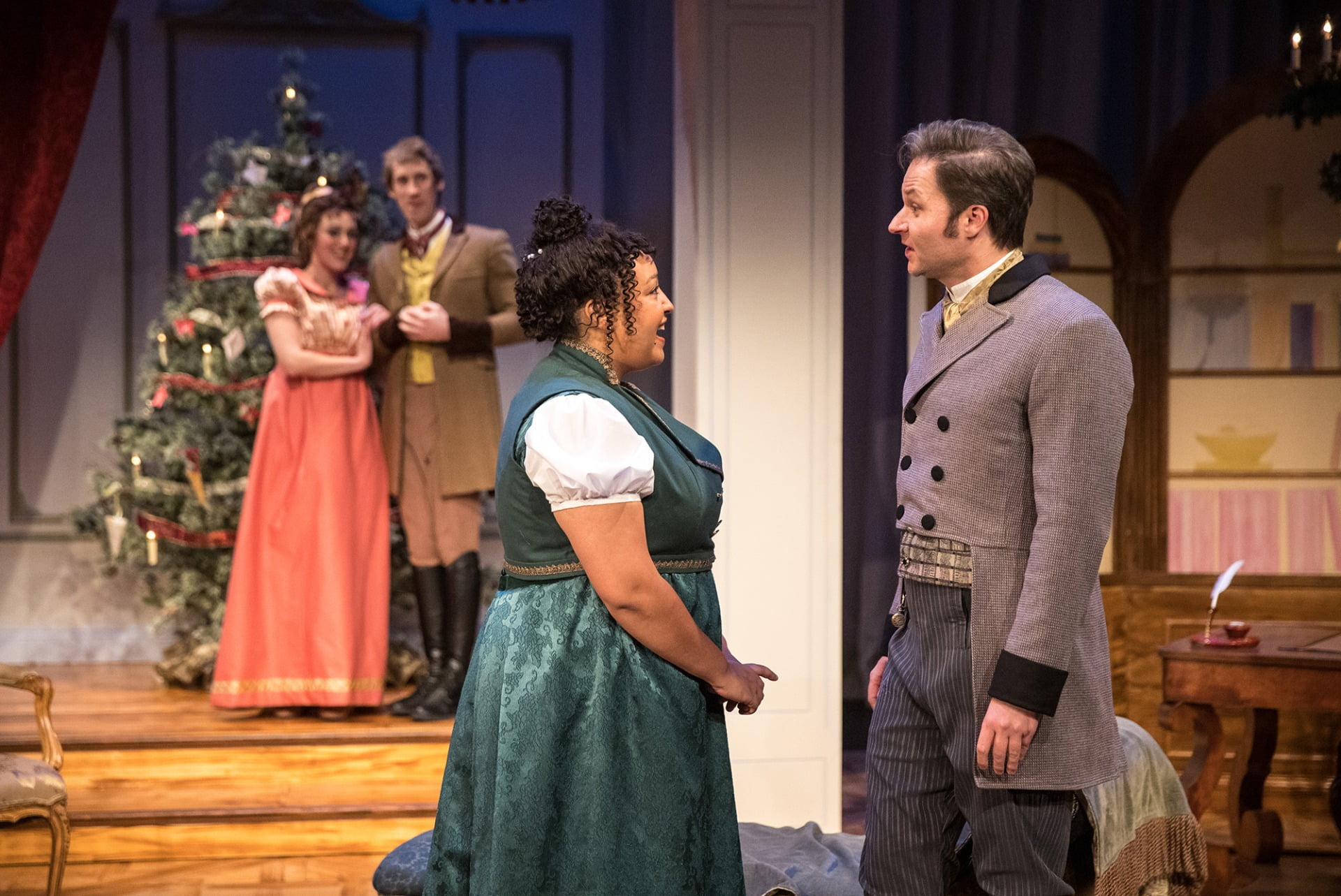 A double love story in Georgiana & Kitty at The Jungle Theater, thru 12/23/22. Becca Hart as Kitty, Tom Reed as Thomas O’Brien, Marisa B. Tejeda as Georgiana, and Dustin Bronson as Henry Grey. Photo: Dan Norman

All three installments of the Pemberley Christmas are populated with the same beloved characters that Jane Austen created in Pride and Prejudice with the introduction of a few new ones. They’re filled with humor, love, family conflict and holiday cheer. They highlight the lives of these women and show their bond with each other. It is fitting that this play is about two women, their friendship and love, that was written by two women, Gunderson & Melcon, is directed by two talented women Christina Baldwin and Angela Timberman. The gorgeous costumes and creative set were designed by Sarah Bahr. Lighting by Marcus Dilliard. Sound design by C Andrew Mayer. Music Arranger is Emilia Mettenbrink. The piano music is inspired by a woman composer of the times, Louise Farrenc. (I need to find some of her music to share with my students.)

I love it that watching these shows has become a holiday tradition for us and hope that one of the many theaters in the area will continue to produce these shows every year. You can see Georgiana & Kitty at The Jungle Theater in Minneapolis, MN through December 23, 2022.

Journaling Prompt: Do you have a favorite composer/song writer?

Review of The Cocktail Hour at The Guthrie 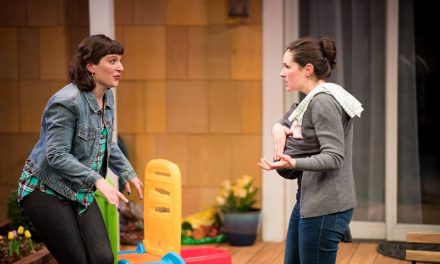 Review of Cry It Out at Yellow Tree Theatre