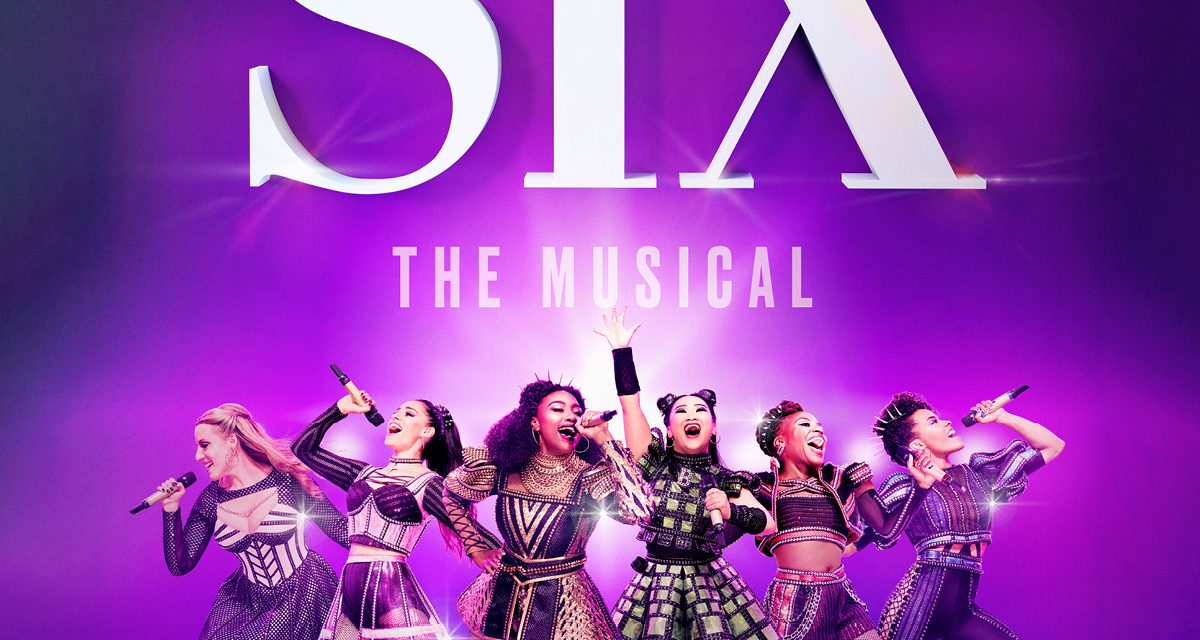 Quote of the Day: All you ever hear about, Is our Ex, and the way it ended, But a pair doesn’t beat a royal flush, You gonna find out how we got unfriended. lines from the opening number “Ex-Wives” in Six, the Musical by Toby Marlow and Lucy Moss about the Six Wives of King Henry VIII. Turns out, they’re the ones who made him famous. 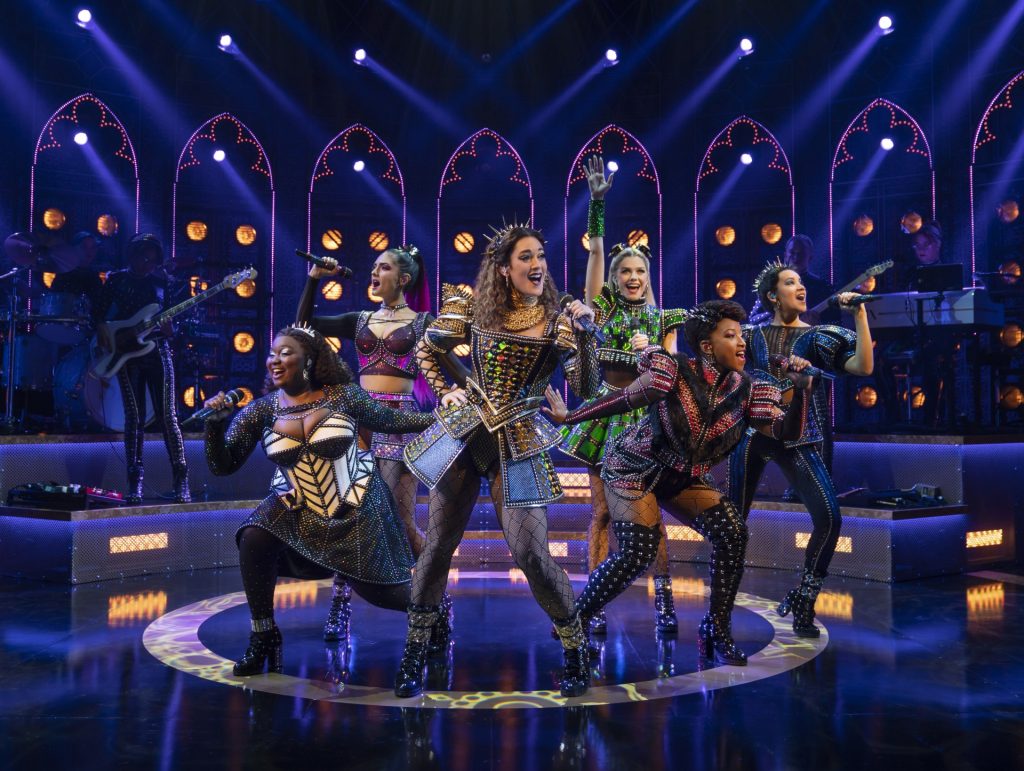 Back in 2016, Toby Marlow was selected by the Cambridge University Musical Theatre Society to bring his show to the Edinburgh Fringe Festival in the summer of 2017. Problem was, he hadn’t written it yet! So, he solicited the help of friend Lucy Moss. The pair worked on developing a musical about the Six Wives, giving them a voice, shedding light on their stories, and setting it all to pop music. When they staged it, it became a rock music concert with fierce women and killer dance moves (choreography by Carrie-Anne Ingrouille).

I was fortunate to be in the audience in the fall of 2019 when Six started it’s tour in the US and was heading towards Broadway. It was the first I’d hear of the show. I listened to the music, which was great, and watched a documentary on the wives, which was helpful, and sat down to a show that felt brand new in style and form, and oh so engaging. Six was scheduled to open in March of 2020 on Broadway, but got derailed by the pandemic. It’s currently playing at the Brooks Atkinson Theatre on Broadway, on the West End in London and other locations, and lucky for us, on tour in North America with a stop at the Ordway in St. Paul, MN through Nov. 6, 2022. Get your tickets NOW, shows are selling out!

When I saw the production back in 2019 (2019 review), I felt my focus was on the Anne Boleyn character. She seemed to be the spokeswoman, popping in with commentary and quips, not to mention losing her head, during the show. This time, it felt more like an ensemble with each character getting their moment to tell their story. It’s designed like a vocal competition show with the women vying for the title of who had it worst with old Henry. Sometimes, they’re trying to one-up each other, to continue the competitive theme, but mostly they’re supporting one another, vocally as performers, and as women rallying around each other to lift each other up. The staging shows them in a line, then pulling apart, and many moments of surrounding the one who takes center stage to tell her story. Dynamic set design by Emma Bailey is highlighted by brilliant lighting, concert style, by Tim Deiling, and sound design by Paul Gatehouse. Gabriella Slade won the Tony award for her stunning costume designs. Each Wife has her own style with plenty of bling! 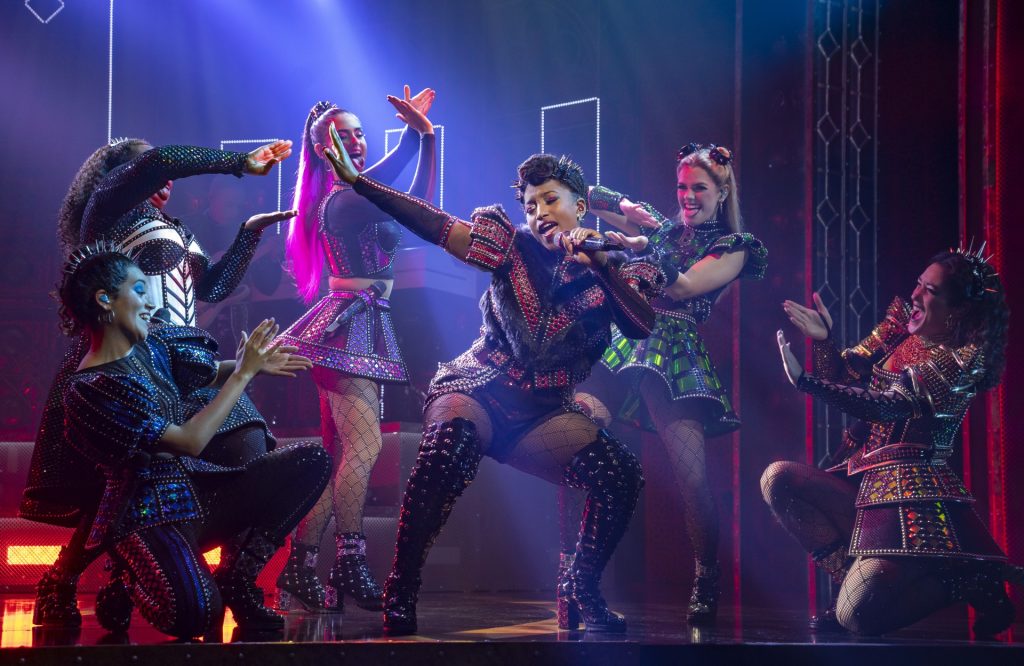 Terica Marie as Anna of Cleves and cast of Six, the musical, on tour at the Ordway in St. Paul, MN through 11/6/22. Photo: Joan Marcus

In this National Tour, Gerianne Pérez plays Catherine of Aragon. She fought against Henry’s attempt to annul their marriage and suffered many miscarriages, still births. Only one of her children survive, Mary. Her song, “No Way” tells Henry what he can do with his divorce and fooling around. Divorced.

Zan Berube plays Anne Boleyn, probably the most well-known of the wives. Her character is the sassiest, and constantly reminds the others how she deserves the crown of honor on her disembodied head. She gets a fun, jazzy number about being “Sorry, Not sorry” in “Don’t Lose Ur Head.” She gave birth to Elizabeth (later Queen Elizabeth I) before her husband ordered her death. Beheaded.

Next up, Amina Faye as Jane Seymour. Her song is sweet and sad. She claims that she is the only wife that Henry truly loved. She died after giving birth to Henry’s only son Edward. Died.

After Anne’s death, Henry sent away for a bride in Germany. Anna of Cleves showed up, looking nothing like her profile picture. He didn’t like it that she was tall and strong. Terica Marie plays Anna with fire. Her song makes you feel like you’re in a Brauhaus in Germany, and she’s giving Henry the finger! Divorced.

Henry needed a pretty, young thing after the fiasco with Anne, so he picked Katherine Howard, played by Aline Mayagoitia. At first, she seems like a rebellious young woman, but you soon find out that her life was filled with abusive men, and Henry was just one more. Her song starts out light and rebellious, then quickly goes dark as she describes the men who hurt her. I get emotional when I hear this song. Henry also ordered her execution. Beheaded.

Sydney Parra completes the set as Catherine Parr, who miraculously outlived the abusive King. Although, maybe not all that miraculous. She survived all four of her husbands. She was smart, educated, and known for her writing of books, songs, promoted educating women, and hiring a woman to paint her portrait. Survived. 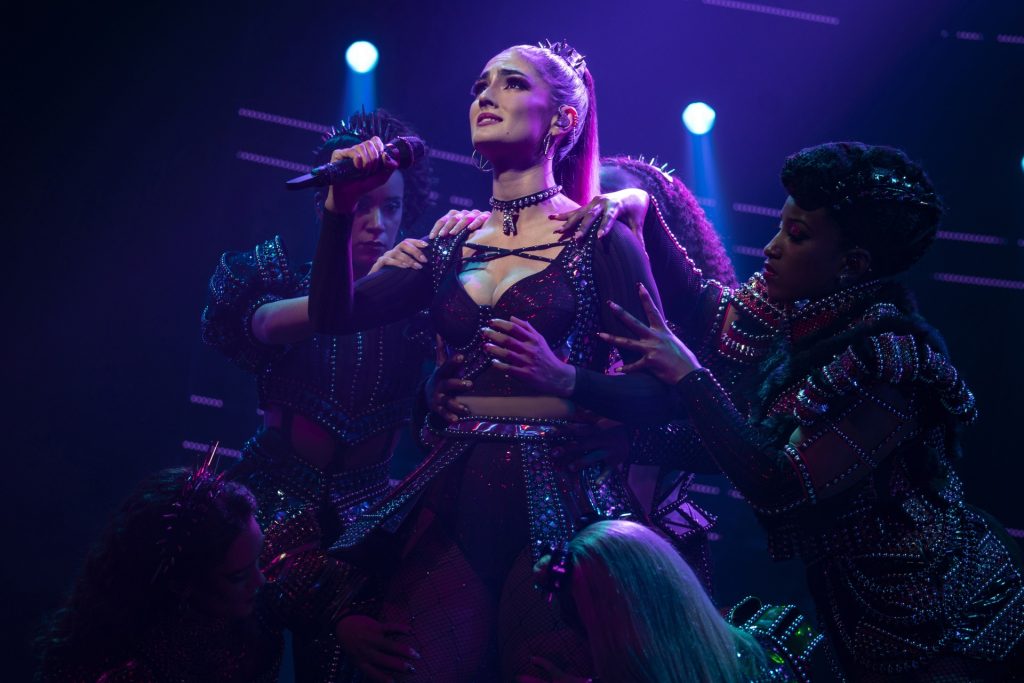 Aline Mayagoitia as Katherine Howard and cast of Six, the musical, on tour at the Ordway in St. Paul, MN through 11/6/22. Photo: Joan Marcus

See this show for it’s brilliant, Tony-award winning Score, stunning costumes and dynamic stage, and success in bringing to life HERstory. You can see Six, the musical, at the Ordway in St. Paul, MN through Nov. 6, 2022. Or, catch it at a theater in a city near you on their North America Tour of Six.

Journaling Prompt: Have you seen Six? Who are the women that you admire or want to learn more about?