Review of Islander by Theatre Elision 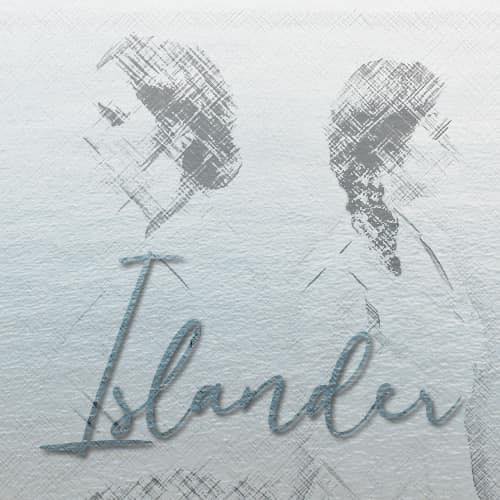 Quote of the Day: Islander premiered and was named best musical at the Edinburgh Fringe Festival in 2019. It went on to a successful run at Southwark Theatre in London. The story takes place on an island somewhere on the Scottish coast where a poor economy and uncertain future have caused many residents to leave for the mainland. Those who remain must decide whether to stay or go. Drawing from Scottish folklore of the sea-bound “fin-folk,” myth and reality collide when the tide washes a mysterious stranger onto the beach, changing life forever. Program notes for Islander produced by Theatre Elision, directed by Lindsay Fitzgerald. The show was conceived by Amy Draper, Music and Lyrics by Finn Anderson, Book by Stewart Melton. Originally produced in the UK by Helen Milne Productions. 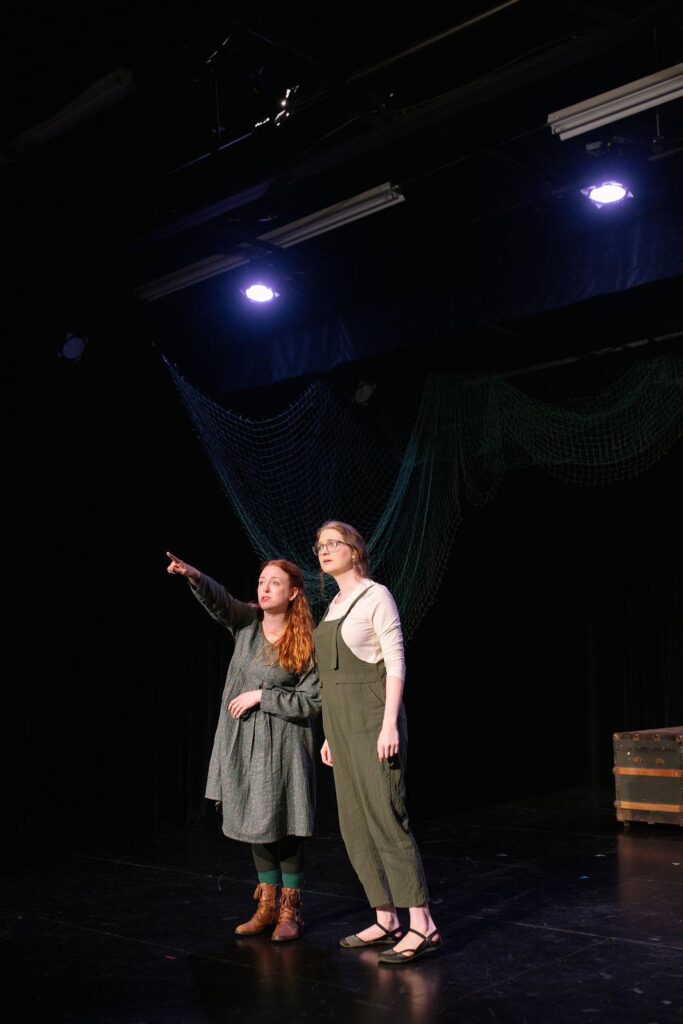 It felt good to get back in the car, again, after such a long hiatus from theater reviewing in the Twin Cities, and have an evening of entertainment with friends, live and in person, at Theatre Elision. Our car ride was filled with lively conversation and a sense of giddiness to be out and about doing “normal” things again. We ate dinner at a Chinese restaurant, then headed to Crystal, MN, the home of Theatre Elision. What a perfect show to kick off return to live theater and reviewing!

Two actors play all the roles in this short, 75 minute musical, set on a small island “somewhere off the coast of Scotland.” We attended opening night, extra thrilling as it was the return for live, indoor, performance for most in attendance, and had the pleasure of watching Emily Dussault and Christine Wade perform. Their voices blended beautifully, in the haunting melodies and harmonies of Celtic/Island music. We were mesmerized by how they told this story through song and some dialogue. They produced their own sound effects and recorded beats and sounds that they sang along to while creating a mystical feeling of being on a small island. The women experience loss, separation, family conflict, birth, death, and a visit from a mystical being from a “floating island,” like the village of Brigadoon that appears and disappears. 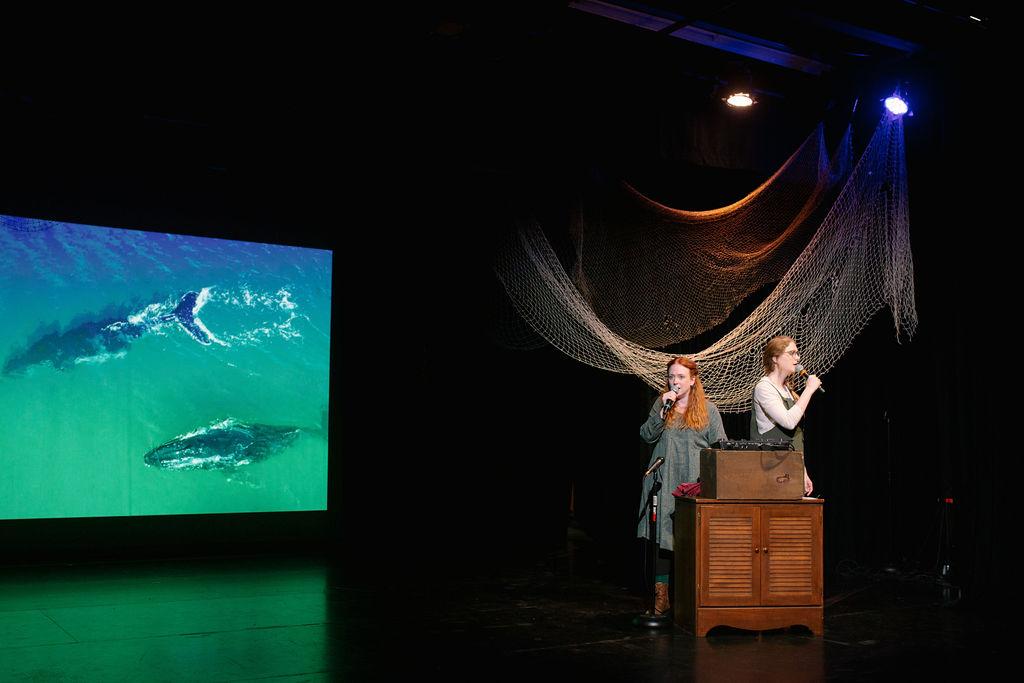 The show was enhanced by imagery projected (Lighting design by Peter Gustafson) on a screen behind the actors, giving us the feeling of being on the shores of the ocean, interacting with whales and islanders. This atmospheric performance had many goose-bumpy moments, not the least of which, simply being in the same space as the performers and watching them work to create this story. At the curtain call, the audience stood and applauded with gratitude for the beautiful work, the tremendous talent, and the return to gathering and performing. 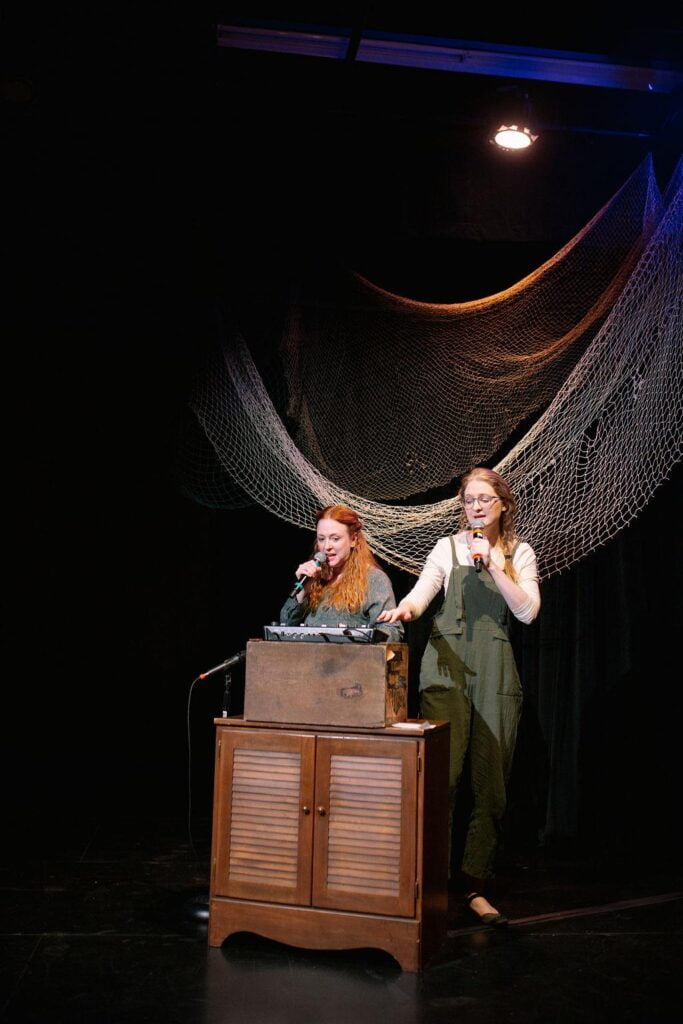 As we’re coming out of the confines of the pandemic, Islander is a wonderful show to open up the live experience. They have a small cast, three people will rotate into the two roles, who sing a Capella and produce their own sound, performing in a small theatre where masks are required. Go to the website for Theatre Elision for more details, dates and times, of performances. Running through July 31, 2021.

Journaling Prompt: How are you doing? Have you gotten out into the world and attended any live performances?

2015-2016 Season at the Children’s Theatre Company in Minneapolis 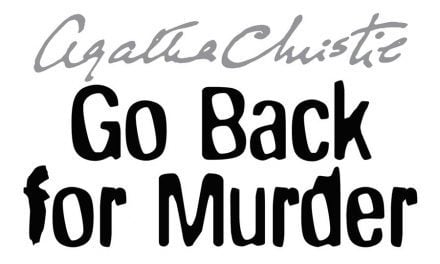 Review of Go Back for Murder at Theatre in the Round

Review of The Heiress at The Jungle Theater in Minneapolis, MN