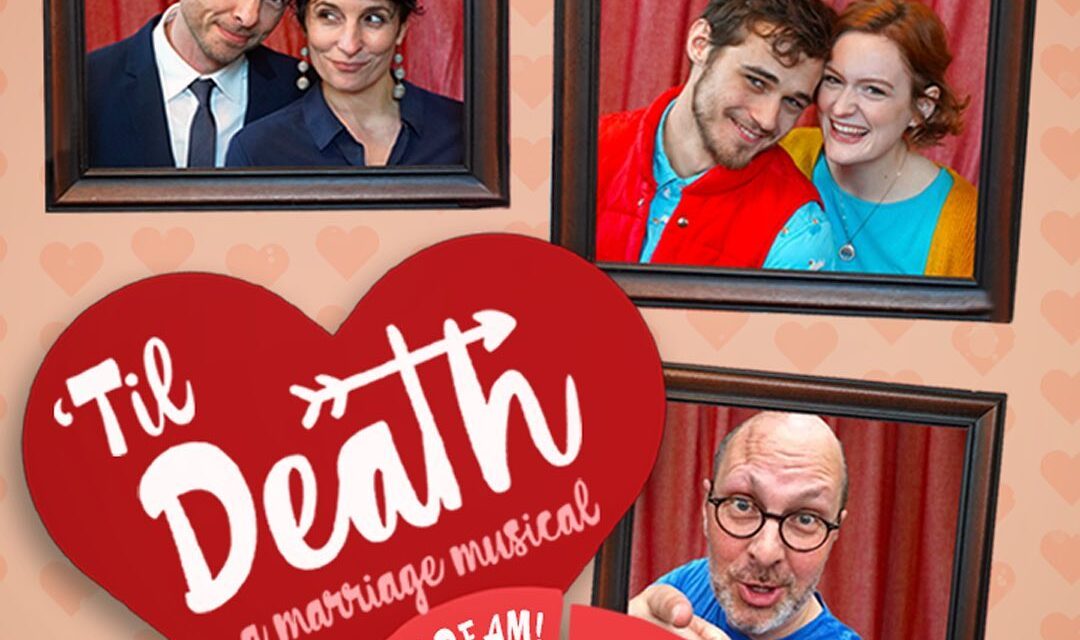 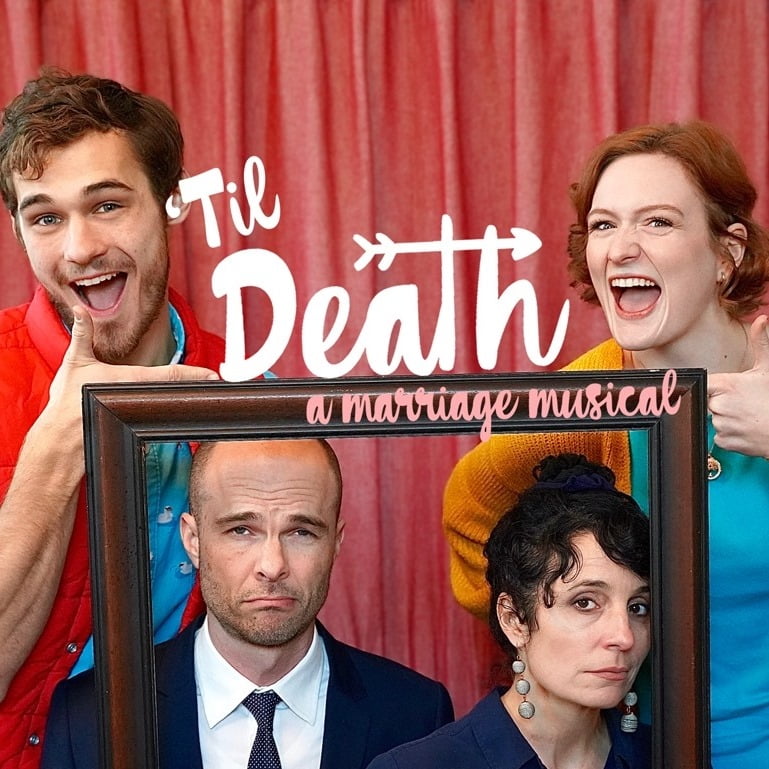 The Bucket Brigade Theater has been doing ‘Til Death, a Marriage Musical for several years, now, at The Art House in St. Paul, MN. We can’t attend live theater, yet, so they chose to livestream their five performances for our viewing pleasure. The two onstage couples are also married in real life, making it fairly safe, and easy, for the actors to perform in separate areas of the stage, together, but apart. The musician, Michael Pearce Donley, sat in an area off to the side. Since theater, now, is a marriage of video technology and stage, several crew members were also scattered about the performance space. They did an excellent job with the camera work, sound, and staging. It felt like more than a staged reading/concert. It was well acted and I could picture the action that Michael Donley narrated. 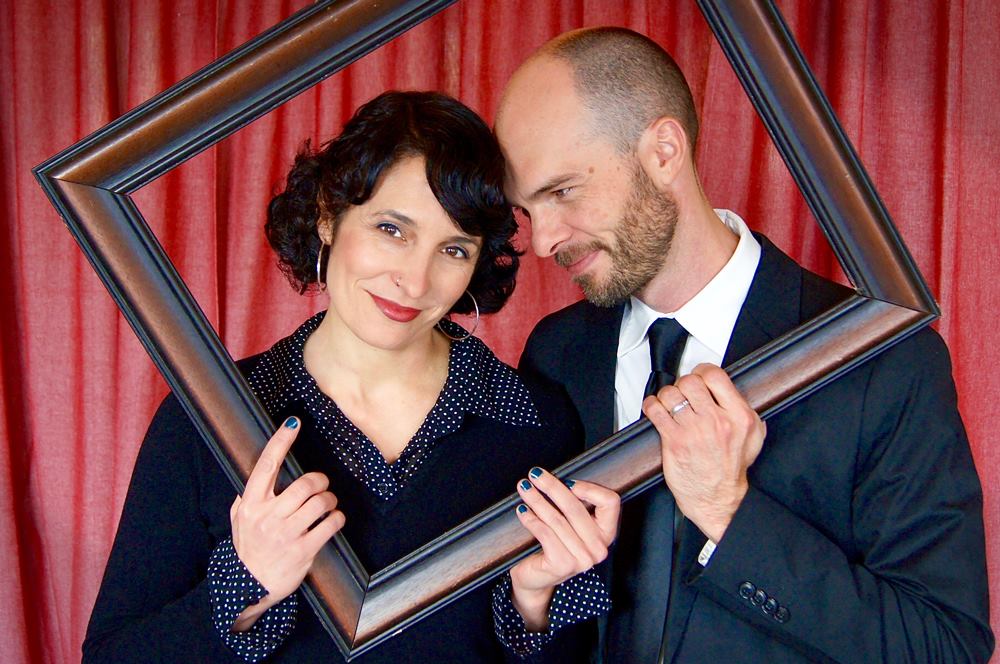 Jeremiah and Vanessa Gamble, creators of ‘Til Death. Photo by Bonni Allen

Co-founders of Bucket Brigade Theater, Jeremiah and Vanessa Gamble, wrote this show and first performed it in 2012. They play Ethan and Oliva, a couple who have been married for 15 years. They find themselves coerced into spending the weekend at a secluded cabin. They’ve been separated, and this is a desperate attempt at reconciliation. Their awkward reunion is interrupted by a joyful young couple, Leslie and Freddie (played by Damian and Anna Leverett) whose car breaks down on their way to their own cabin experience, to celebrate their honeymoon. They’re perfect for each other, and so in love and googly-eyed, constantly making up cutesy names for each other, and inventing their own special love language. The older couple tries hard not to get eye strain from rolling their eyes so much, and offer the newlyweds the master bedroom. 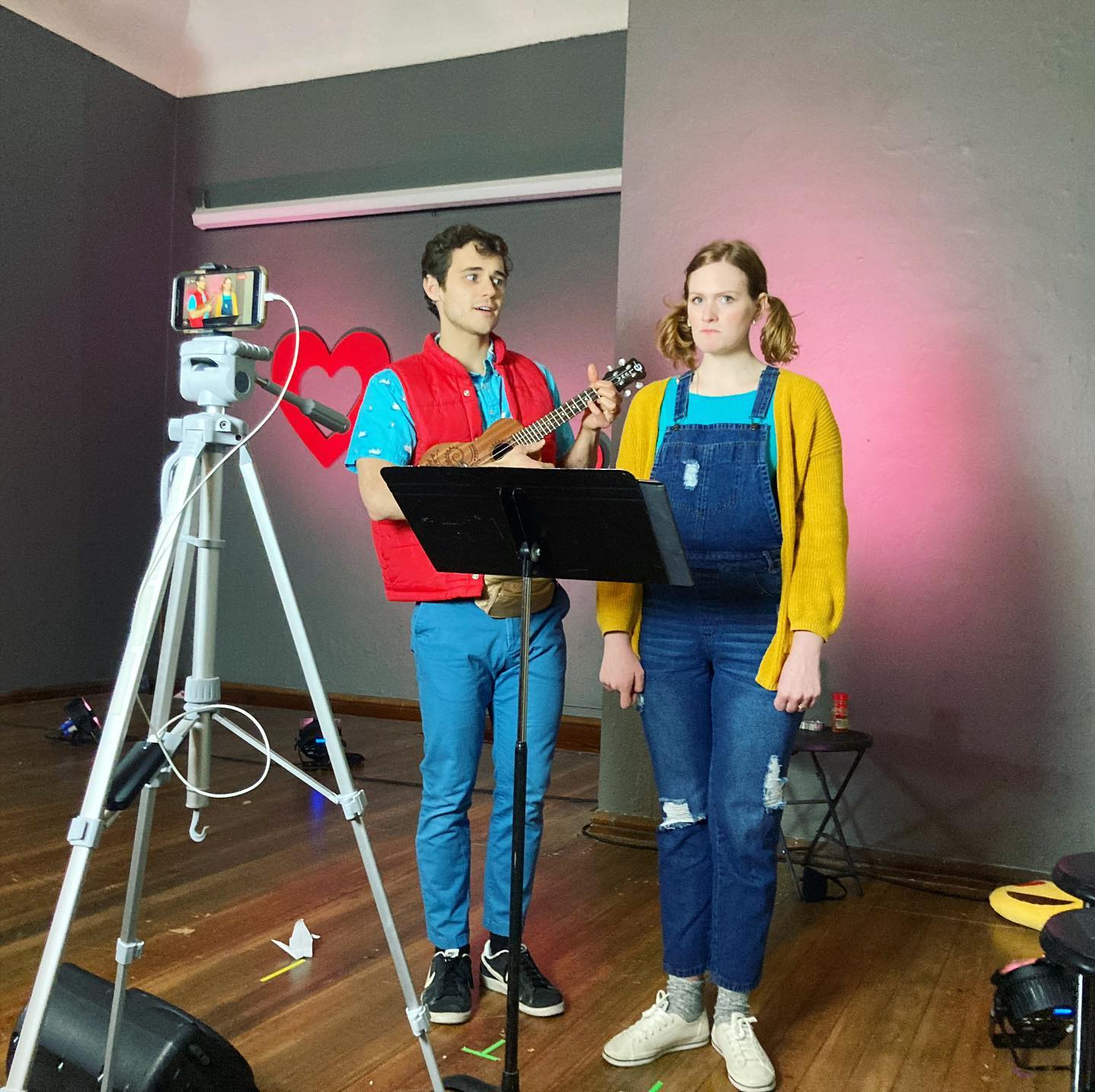 Damian and Anna Leverett as Leslie and Freddy in ‘Til Death. Bucket Brigade Theater.

As all good rom-coms go, they have a breakdown in communication. If you’ve watched any relationship story, ever, you’ll know that keeping secrets from your partner is never a good idea. The truth will come out, one way or another, and the keeping of the secret is usually worse than the secret itself. The Gamble’s put all that messy couplehood into a light-hearted musical that offered humor, sentimentality, tender moments, and great songs. I especially liked the tango beat to underscore the conflict between the older couple. Their card playing scene was brilliant. In fact, the entire show is well written and scored, excellently accompanied by Donley. 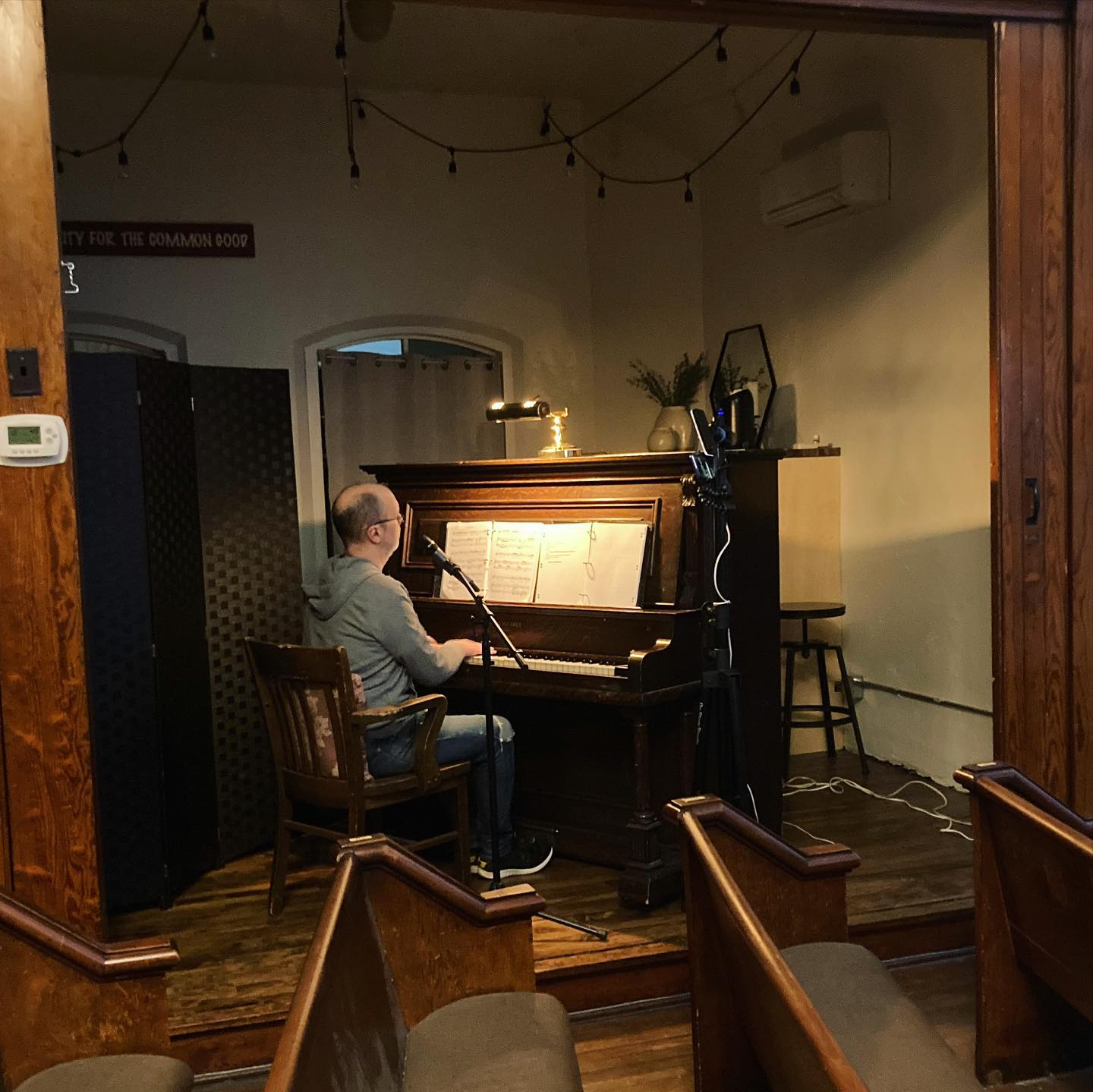 While not every relationship can, or should, be fixed by a weekend in the woods, this story brings to light the need for people to take time for each other, communicate, and find common ground. It has great entertainment value, whether you watch it with your significant other, or your cat, you will find places to smile, chuckle, sigh, and even sing along or tap your toe. As art and life often imitate each other, it is interesting to watch two married couples playing married couples onstage. People who are now spending way too much time together because of quarantines, lockdowns, and working from home, can appreciated a couple who works, plays, and does art together, and do it with such style. (Some of the comments they’ve posted on their Facebook page are hilarious.)

You can watch ‘Til Death, a Marriage Musical, livestream through Bucket Brigade Theater, from the Art House in St. Paul, Feb. 12, 13, and 14, 2021. It could be a fun date night, or simply a nice distraction. Extended!

*We are so encouraged by the response to the livestream that we’ve decided to add two more performances this weekend, Friday and Saturday, February 19th and 20th at 7:30pm! Feel free to share the love with friends and family!

We’ll be broadcasting a pre-recorded performance from this past weekend. It’s our very best show from the live run!

Tickets are available now at bbmn.booktix.com 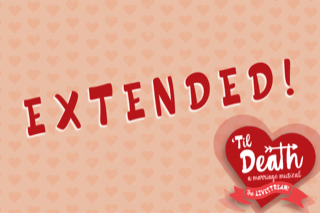 Journaling Prompt: How are you doing in your pandemic living situation? Too many people there? Too much time alone? How are you finding ways to still connect and enjoy life?

Warmth on a Winter’s Day 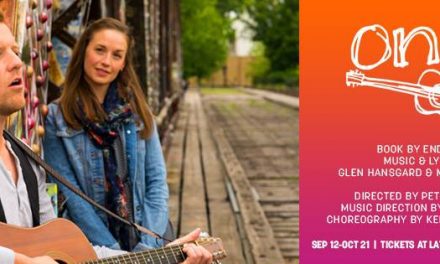 Review of Once at Theater Latte’ Da