Virtual Theater in the Time of Covid-19 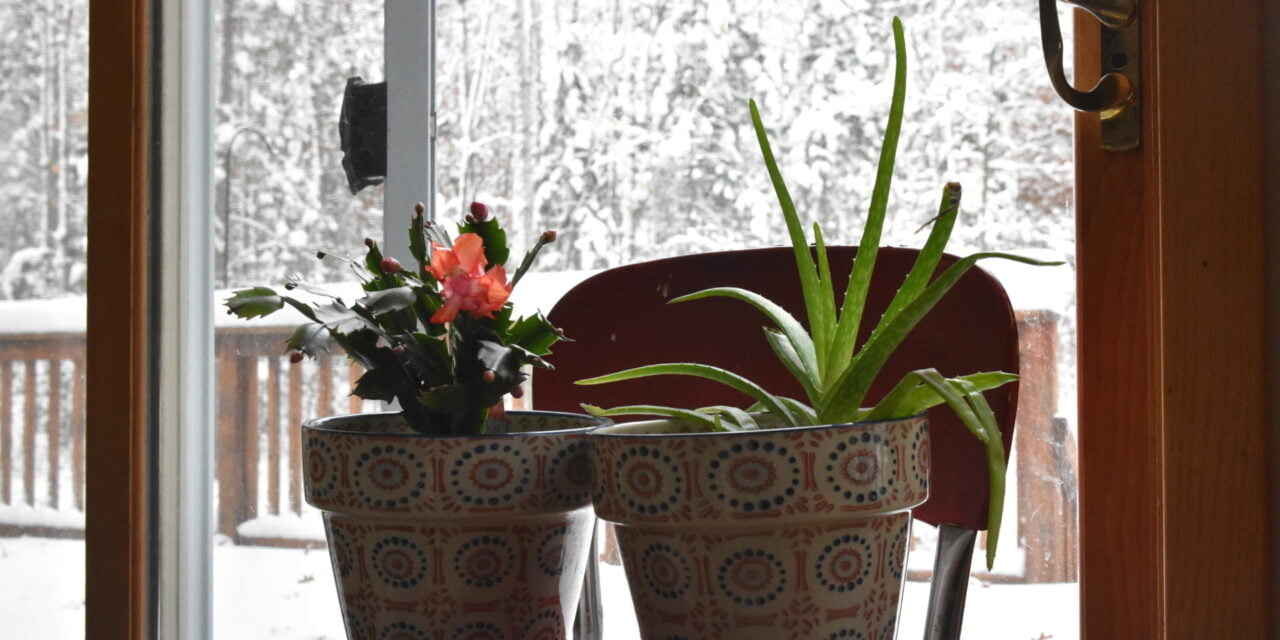 Quote of the Day: I’ll take my theater any way I can get it. me (Feature photo of my blooming Christmas Cactus on Oct. 23, 2020, snow covered trees and deck in the background. 2020 is quite the year.)

I’ve been getting press invites to virtual shows, and I like it. Of course, I’d rather attend live performances, but that’s on hold for now. The virtual option is good, and it saves on gas and money. I can rest easy knowing that I’m making a smaller carbon footprint. Still, I miss the experience. I miss the energy of being together. I really miss inviting a friend or family member to attend with me and making a day, or weekend, of it. I used to plan a weekend that included as many shows as I could squeeze in, plus a Gopher football game to watch my boy in Marching Band, and visiting, or inviting, a friend or two to join me. This weekend, I’ll be watching shows from my couch, again, and cheering on the Gophers, while searching the massive band for sightings of my tenor saxophone player. I can also feel good about staying home and not catching, nor spreading, the virus. Go me.

Last night, I watched a show from Adelphi University in Garden City, NY, called This Odd Geometry of Time. I met the creators through MN Fringe, I think, or at least, that’s how I think they found me. I watched and reviewed MN Fringe this year, my first Fringe experience, and enjoyed many unique creations. What I am so impressed with is how creatives are still making it happen. They’re using the resources they have to get their work to us. A new theater handle is Virtual Background Designer (Chloe Yoo)! I love it. In fact, they did a great job with This Odd Geometry of Time. Actors were in many locations around campus, maybe even their homes or dorms, and some had virtual backgrounds, others used their own spaces. The whale was in their black box theater (an actor plus puppetry). It was all so well coordinated. They had music playing in the background through much of the show. Several actors were involved who told the stories of a few women through history. A narrator helped describe who they were, and the costumes helped with characterization and time period. They used a time line, going back and forth, somewhat, and a whale who lived during all of it. A couple times, I wasn’t sure who it was. I thought the character in the library was Sylvia Plath, but then the next character was Sylvia Plath, so I missed a cue there. But, overall, it was clear who was who. Virtual does lack the energy and dynamics of live performances, and the characters do most of their lines alone, with some interactions. Still, it was fun to watch something new and creative. Bravo to the writer Megan Lohne, director Shoshana Tarkow, and the entire cast and crew of This Odd Geometry of Time. You can watch live, virtual performances through Sunday, October 25, 2020. Keep in mind that the times are EST. All shows are pay what you can, or free. 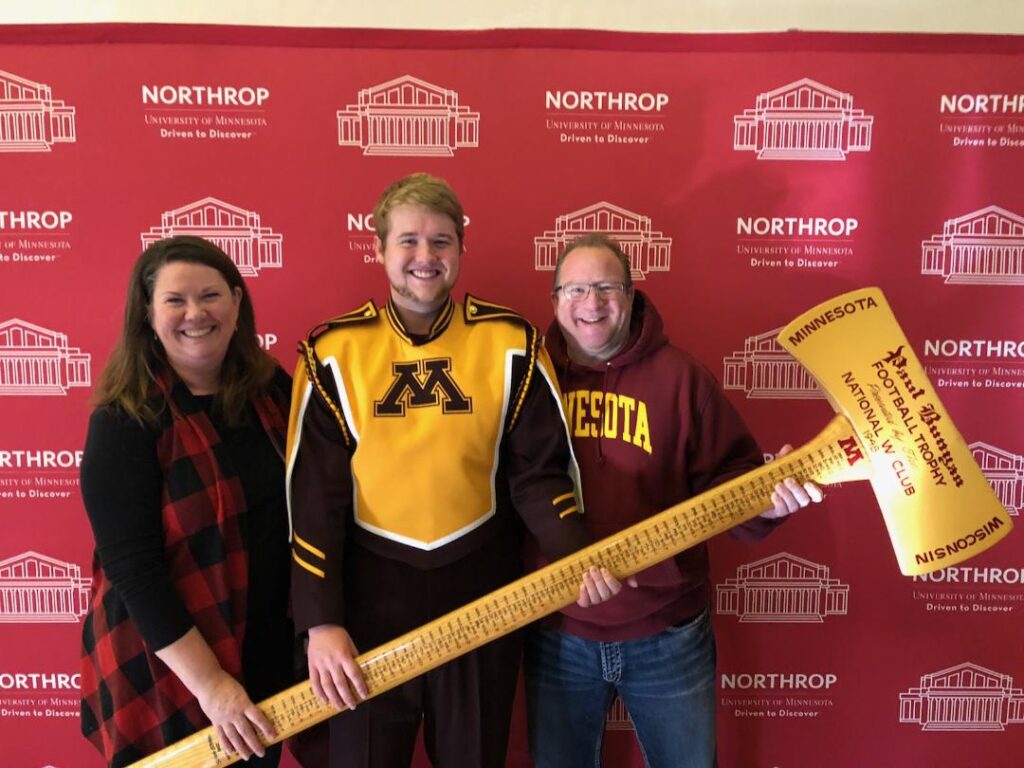 Saturday is Gopher Football! I know, sounds a little out of character for me, right? Wrong. It’s also Gopher Marching Band Day! My son, the tenor saxophone player, said that they get to go to the game, and that they should be showing them on screen, too. I’ve watched other Gopher games broadcast only to be disappointed that they don’t show any of the Marching Band. So, fingers crossed, and Band Parent t-shirt on, that they’ll give us band parents a little boost, too. And, yes, Go Gophers!

Sunday, I’ll be watching a dance performance by Threads, also in Minneapolis, MN. I’m excited to finally get to see them perform. I know one of the dancers, and feel badly that I haven’t been to one of her performances. They are a fantastic professional theater company. They will be presenting their virtual show Objet de Desir Inaccessible on Saturday and Sunday. Look for tickets at Threads Dance Project.

A few shows closer to home, but still attending virtually: The Last Five Years at Lamplighter Theater in Staples, MN. The two member cast are theater friends and former cast members. I’m looking forward to watching their performance Nov. 12-15, 2020. A limited number of in person tickets are available, or watch online.

Cozy up with your favorite blanket, loved one, or pet. Crunch on the loudest snacks you have. No other audience members will be there to be annoyed. Enjoy new experiences from the comfort and safety of your own home.

Journaling Prompt: What are some creative ways people have shared their art in your area, or beyond. What keeps you feeling positive during these trying times?

New Review of Time Stands Still at the Guthrie

Y is for Yellow