I saw three shows yesterday and they were all hits. Wow! All done so wonderfully, unique in their own way.

Show #1: I watched the fan favorite Stuck in an Elevator with Patrick Stewart on Saturday afternoon with my college age sons. It’s on the MN Fringe Fest Digital Hub, $5 donation requested by the artists at The Theatre Cosmic. (Synopsis from MN Fringe page) A renowned actor torn between the London stage and Hollywood, and the sharp but awkward teenager who idolizes him, challenge each other’s hopes and fears amidst the chaos of a sci-fi convention in 1988. “Stuck in an Elevator with Patrick Stewart” was performed at the 2013 Minnesota Fringe Festival, receiving the Audience Choice encore award and selling out all six of its performances. ALL PROCEEDS GO TOWARDS THE MINNESOTA FRINGE. (Adult language) ~59 minutes 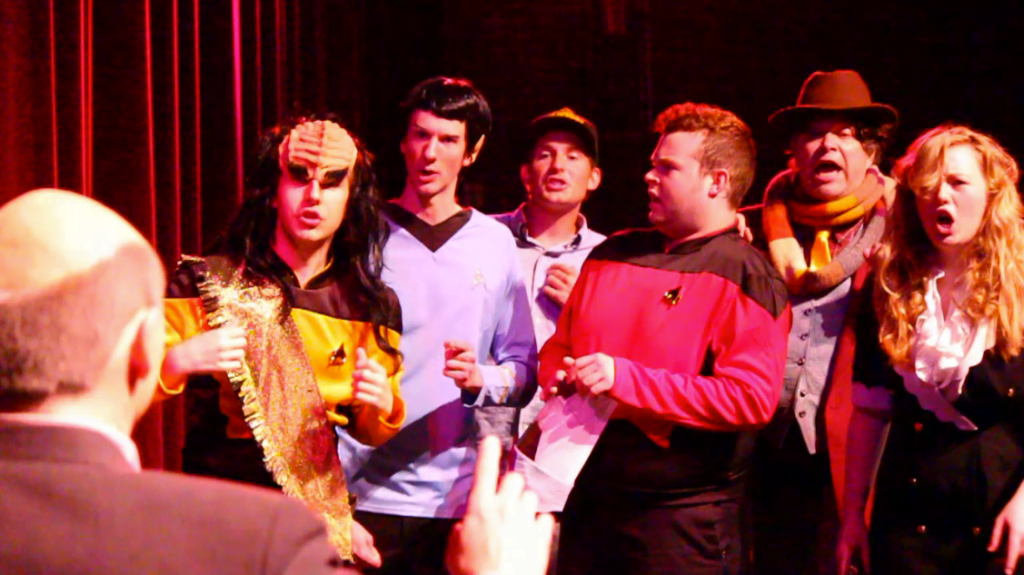 I watched this one on recommendation from other Twin Cities Theater Bloggers who saw it in person when Fringe Fest was live. It’s on Vimeo, and it worked best to watch it from my laptop. When I hooked it up to my TV, it had too many delays and hesitations. Streaming isn’t ideal, but once we got the audio/visual figured out, we all got into it and really enjoyed this clever one-act play. The four young men in the above photo remind me a little of the crew from the Big Bang Theory – total Trekkies. They are at a Sci-fi convention in 1988, first in line to get autographs from one of their favorite stars, Patrick Stewart. Stewart isn’t exactly thrilled to be there. He’s tired of the role of Captain Jean-Luc Picard and how it has defined him as an actor. He longs to be back on the stages of London performing Shakespeare. By a strange twist of fate, and an electrical problem, Daniel (Brandon Caviness) gets trapped in the elevator with his celebrity hero. Stewart isn’t nearly as thrilled. He keeps squelching the 17-year-old’s idolization to the point where Daniel calls him a bully.

The actors are so good that I forgot about the glitchy streaming and the imperfect sound. I even forgot, for a moment, that George Calger wasn’t really Patrick Stewart. The conversation between Daniel and his hero is deep and relatable. They end up bonding over family stories. The writing, by playwright Brandon Taitt, is clever and smart. The script has humor and whimsy, and also some serious and meaningful moments. I’m so glad we tuned into this one!

Stuck in an Elevator with Patrick Stewart is for anyone who has ever dreamed of meeting their celebrity hero, or just needed someone to talk to. You don’t have to be a Star Trek fan to enjoy this show. I think it’s one for everyone. (It says “adult language,” but I’d consider it a PG rating.)

During this Time of Covid-19 and social isolation, I’ve been enjoying listening to Patrick Stewart read A Sonnet a Day on his Facebook page. It firmed up, for me, that he is indeed a Shakespearean actor.

You can learn more about this fantastic play and The Theatre Cosmic on their Facebook Page. 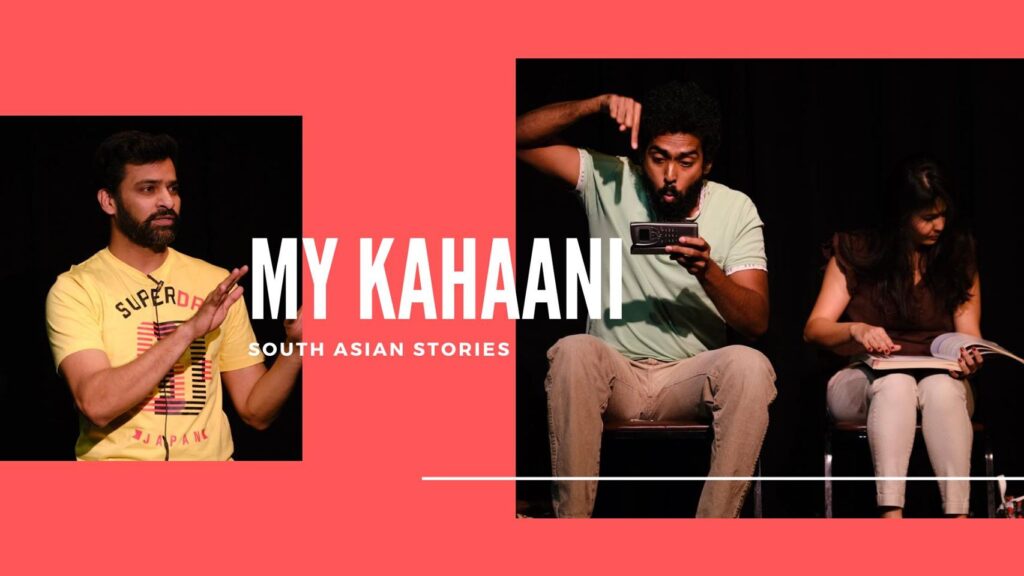 I liked this performance so much. It was a great use of both live and recorded shows. The director Madhu introduced us to SAATH, taught us an easy dance move that we could do from our couch, and invited us to learn more dance on their Youtube page later. Then, we watched Crushed, a comedy about teen love. So funny, and relatable. Finally, we watched a recording of Home, Bharath telling his story with humor, wistful memories, and the challenges of living away from India, and yet, making a new life in America. As he says, “My stay in this country comes with a shelf life.” And, wondering just where Home is.

This is a show for anyone who is interested in stories from around the world, humor and experiences that connect us, and what it might feel like to be an immigrant. Plus, dancing! 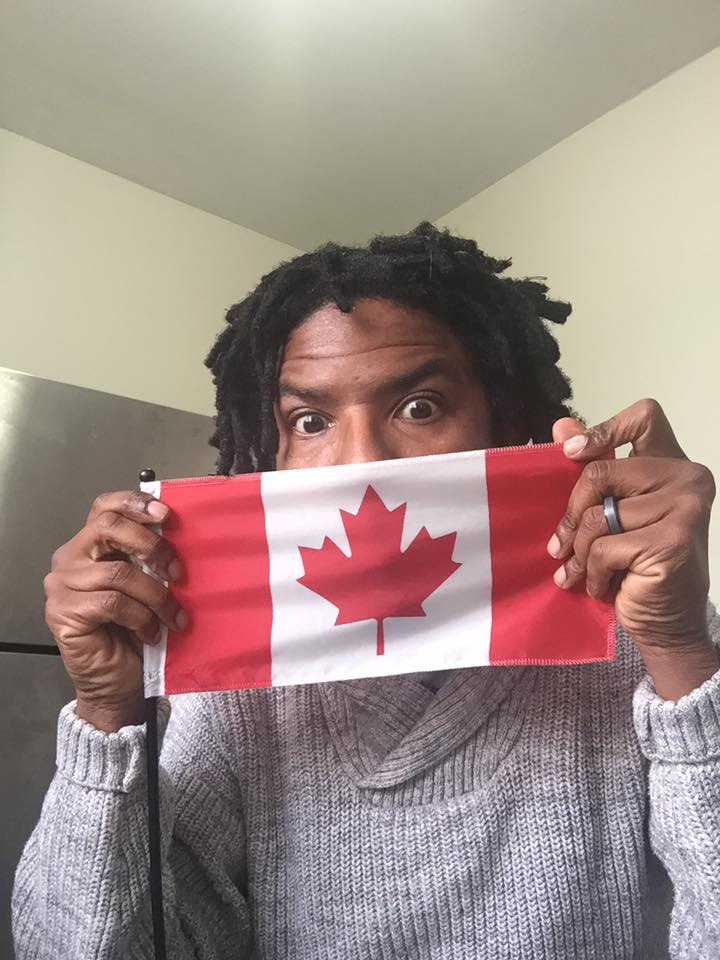 Show #3: Climbing My Family Tree by Les Kurkendaal Barrett. Oh, my goodness. That was fascinating. First of all, Les is a terrific storyteller. He starts out by telling us a big surprise, a secret that his grandfather was keeping for years, along with the fact that Les didn’t really even know him. Add to that, Les started looking into his family history by sending DNA into Ancestry dot com. So, he’s weaving the story of his grandfather’s personal story with his family history. He finds out that he’s related to people with such varying backgrounds – from Nigeria to Germany, with a little royal blood mixed in, and links to Canada!

Despite a few swear words thrown in, I think this is a show for nearly everyone. Les’ story is a fascinating one. At one point, one of his white cousin’s says, “I guess racism is stupid, isn’t it?” This is a show for anyone who loves family stories and wondering how we all belong to one another. It’s like the Finding Your Roots show on PBS, but more personal.

Les Kurkendaal Barrett lives in L.A. and performs all over the USA, often in Minneapolis. In fact, he says that he performs in Minneapolis so much that some people think that’s his home. You can follow him on his Facebook Page. 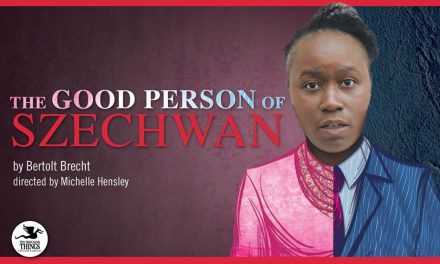