Quote of the Day: The human species thinks in metaphors and learns through stories. Mary Catherine Bateson

Six is a concert-style musical set to modern hip-hop and rock music, with a couple gorgeous ballads thrown in to create an exciting theater experience. The six wives of King Henry the VIII have found their voices and they’re telling their story. Creators Lucy Moss and Toby Marlow hit the mark on bringing history to life through the music, moves, and voices of these Six women. The show debuted at the Edinburgh Fringe Festival in 2017, toured the UK and premiered in London’s West End, and is now playing across North America. After it’s stop at the Ordway in St. Paul, MN, it will head to Broadway. What a treat to see them live in all their sparkly brilliance! 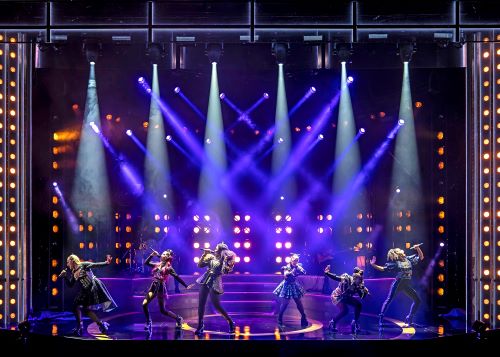 In between snowstorms here in Minnesota, my friend Katie and I hit the road and drove down to St. Paul to experience this exciting, new show. In preparation for the experience, I watched a documentary “The Wives of Henry VIII.” Each singer/queen has her moment in the spotlight and her song tells her story. It helped to have a little knowledge of who they were and what happened to them as I listened to the songs and watched the action. The costumes are a nod to the Renaissance times with corsets and metal-like style mixed with Tudor sleeves, mini skirts and sexy tights. Gabriella Slade is the original costume designer, and the design extends into the four piece all female band with sparkles, studs, shapely lines, and eye-catching textures. Several girls came to the show wearing outfits in similar style. Super fun! On the second floor of the Ordway is a large lobby space and photo op spots, so wear your Queen inspired outfits, find your favorite Queen quote and make your own photo shoot! 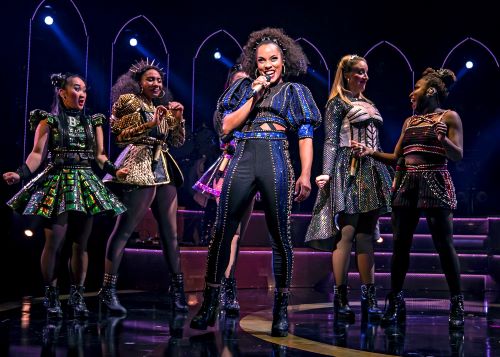 Adrianna Hicks plays Catherine of Aragon, Wife #1, married the longest, many miscarriages, still births, and babies that died in infancy. She had only one daughter Mary who survived. Henry wanted to divorce her and erase their marriage. She had other things to say about that. Her song, “No Way,” tells how much she fought the divorce and claims she was the only legitimate wife.

Andrea Macasaet plays the bitter Anne Boleyn, Wife #2. She says she had the worst treatment because she was beheaded. She has many humorous lines about the beheading and unfair treatment. Her solo is “Don’t Lose UR Head.”

Mallory Maedke is playing the role of Jane Seymour, Wife #3, normally played by Abby Mueller, during the run at the Ordway in St. Paul. She claims that she is the only wife that Henry truly loved. Her ballad “Heart of Stone” is gorgeous. Katie and I both had goosebumps listening to it. It was one of those breath-taking moments of the performance.

At the performance we attended, Nicole Kyoung-Mi Lambert played Anna of Cleves, Wife #4, normally played by Brittney Mack. She is a rock star! I loved her song “Haus of Holbein,” which felt so European to me, like we were all hanging out in the Brauhaus, clinking beers and dancing a hip hop version of a polka. Henry never liked her. One of her lines was something about not looking like her “profile picture,” a portrait that Henry saw before bringing her to England from her home in Germany. After their divorce, she went back home and partied.

Samantha Pauly plays Katherine Howard, Wife #5, who is the most tragic of all the wives. She was used and abused and when she didn’t produce an heir, was beheaded. Her song is catchy and powerful, bringing you from flirty fun to the dark side of how she was treated. After she sang “All You Wanna Do,” I didn’t feel like cheering, although her performance was amazing.

Anna Uzele plays Catherine Parr, Wife #6, the one who had so much more of a life that just being Henry’s wife. She was a writer, a scholar, and championed education for girls. She was married several times, and survived her marriage to Henry. Anna’s voice and performance were outstanding. The whole world stop when she had command of the stage.

The choreography (by Carrie-Anne Ingrouille) was great. So fun to watch. Sometimes subtle moves, fun steps, and very modern. The lighting (by Tim Deiling) makes the show pop! The set (by Emma Bailey) looks like a concert stage with one raised platform, the singers holding microphones, the band on stage, and lots of lights! The show is directed by Jamie Armitage and runs at high intensity for an uninterrupted 90 minutes.

At the end of the show, the Queens all come together again and bring the house down with their performance. The message is clear. Women make history.

You can experience this exciting musical Six at the Ordway in St. Paul, MN through Dec. 22, 2019. It will be on Broadway after that, as well as London, and a few other cities around the globe.

Journaling Prompt: What stories do you want to see come to life on stage, particularly Her-Story? 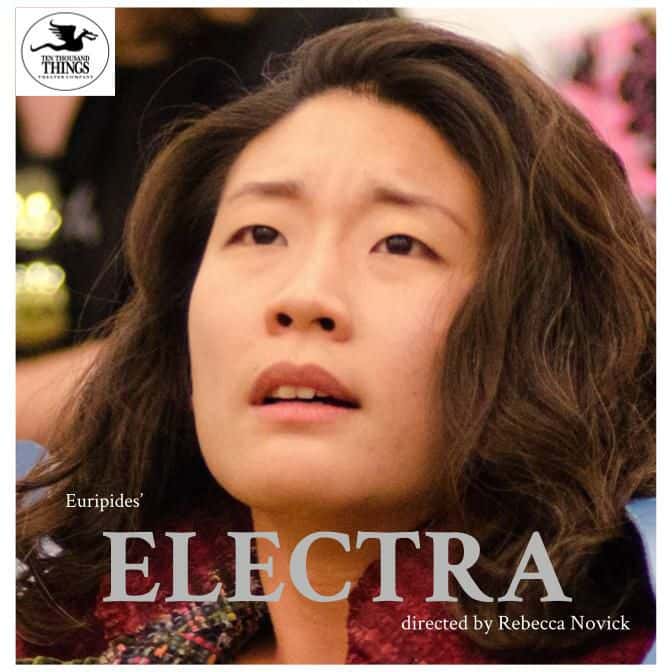