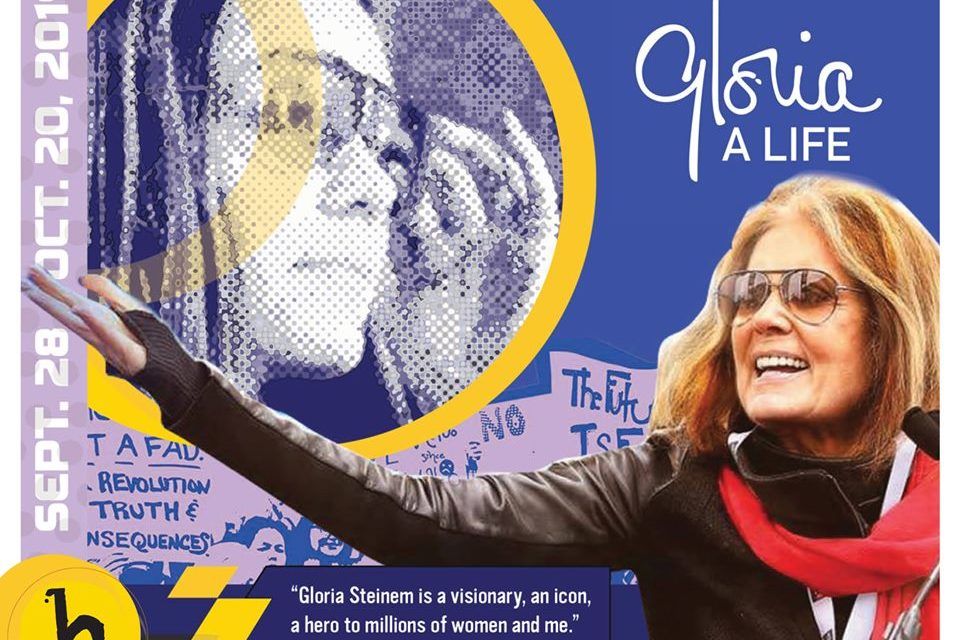 Quote of the Day: A feminist is anyone who recognizes the equality and full humanity of women and men. Gloria Steinem 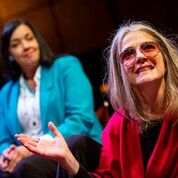 George Keller as Wilma Mankiller and Charity Jones as Gloria Steinem in Gloria: A Life at the History Theatre in St. Paul, MN. Photo by Rick Spaulding

We owe a debt of gratitude to Gloria Steinem and all the women warriors who have gone before us to pave the way for equality and respect for women in this country and around the world. During the play Gloria: A Life, the iconic woman portrayed by one of Twin Cities’ finest actors, Charity Jones, says that the #metoo movement didn’t just happen. Sexual harassment in the workplace was every day life. We are just now hearing and listening to women’s voices and taking action. Watching this play was like being at a political rally or an activist meeting and joining a Talking Circle. It was empowering, informative, and sometimes emotional. 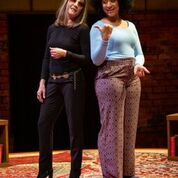 Charity Jones as Gloria Steinem and Jamila Joiner as Dorothy Pitman-Hughes in Gloria: A Life at the History Theatre in St. Paul, MN. Photo by Rick Spaulding

Another quote by Ms. Steinem: The Truth will set your free, but first, it will piss you off.

When people turn that anger into action, change begins to happen. Voices become louder, and folks take notice. Women are no longer forced to put up and shut up. We really can be and do anything. To be a strong, independent woman is the norm, not the exception.

They describe the setting of this play as “Now and Then, Here and There.” Playwright Emily Mann created a script that breaks down typical theater barriers and experiences and becomes a relevant, here and now experience, that includes the audience. Under the direction of Risa Brainin, the ensemble: Katie Bradley, Lolly Foy, Cathleen Fuller, Jamila Joiner, George Keller, Dana Lee Thompson, along with Ms. Jones as the title character bring history to life. They enter the stage singing, “You don’t own me,” one of my favorite (and sometimes theme) songs. The actors sometimes talk directly to the audience and make eye contact, especially after saying a line that evokes emotion. We sang along to “I am woman, hear me roar,” and “We shall overcome.” (Well, most people did. I got emotional hearing everyone lift their voices together in song and conviction.)

Act One is a trip through Ms. Steinem’s life, the people who influenced her, aided her, and opposed her. The ensemble members play many parts from iconic leaders like Dorothy Pitman-Hughes and Wilma Mankiller, Principal Chief of the Cherokee Nation, to every day people, including men. At one point, the women create a Talking Circle and invite three men from the audience to join them on stage. It was a powerful way to show that men and women can work together and be allies. 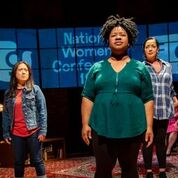 Act Two of the play is a Talking Circle. Audience members are encouraged to share their reactions to the play, Ms. Steinem, and the feminist movement, to share their own stories, and ask questions. Many people talked about moments of oppression, but also celebrations of triumph and personal empowerment.

The History Theatre has once again produced a masterpiece of storytelling and history that brings to light the women and men who have formed our society. We are communal people, says Ms. Steinem, we long to sit around fires and share our stories. Keep talking. Keep doing. And, as the cast of Gloria: A Life requests, “Do something outrageous in the name of social justice.”

You can experience Gloria: A Life at the History Theatre in St. Paul, MN through October 20, 2019.

Journaling Prompt: What is one outrageous thing that you have done, or plan to do, in the name of social justice? 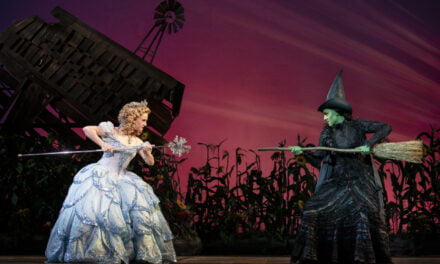 Review of Wicked on tour at The Orpheum in Minneapolis