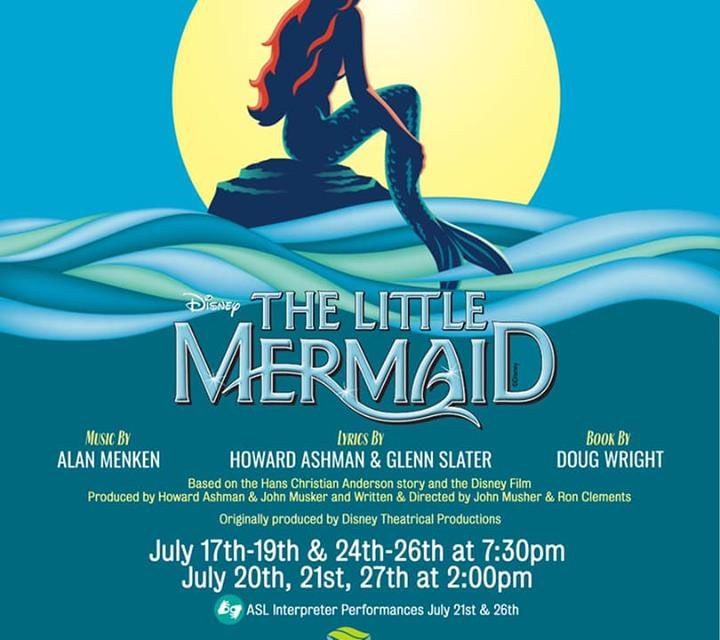 Quote of the Day: Far out at sea the water’s as blue as the petals of the loveliest cornflower, and as clear as the purest glass; but it’s very deep, deeper than any anchor can reach…right down there live the sea people. Opening lines from Hans Christian Andersen’s tale of The Little Mermaid. This mystical sea tale of a Mermaid and her sisters caught the eye of the creators at Walt Disney studios where they rewrote the story, gave it a happier ending, and included catchy music (by Alan Menken, Doug Ashman  Glenn Slater, book by Doug Wright) and turned it into an animated feature that came out in 1989. It’s a fantastical, romanticized version of the story, and part of the Disney “Princess”genre. 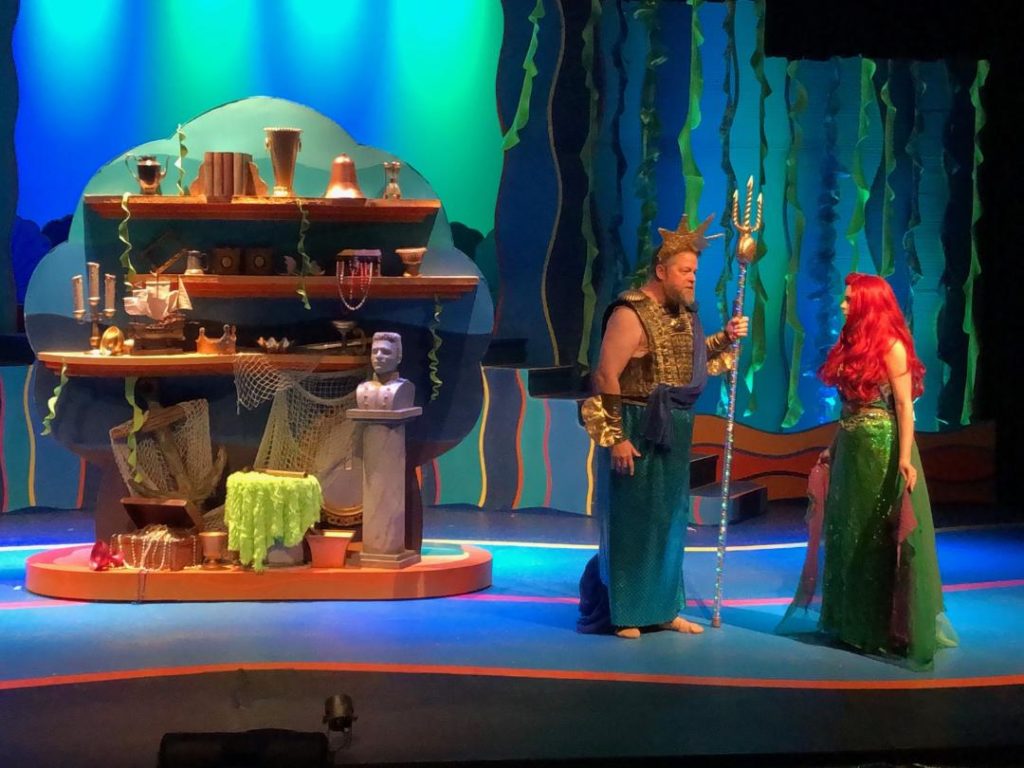 Erik Paulson as King Triton and Sylvia Borash as Ariel in PLCT’s production of The Little Mermaid. Production photos by Travis Chaput

The stage adaption of The Little Mermaid is fun and colorful and includes all your favorite songs from the Disney animated movie, plus a few extras. Under Tim Leagjeld’s expert leadership, the Pequot Lakes High School Theater has transformed into the underwater world of King Triton and his rebellious daughter Ariel and her sisters. The set has many moving parts: the rock that Ariel rests on to sing and gaze at the “world up above,” and where she first sees Prince Eric and falls in love; her underwater hideaway with all her treasures; Ursula’s evil lair, Prince Eric’s ship and castle. All of this with wavy lines and fabrics to give us the feeling of being under water. Bravo, Tim! 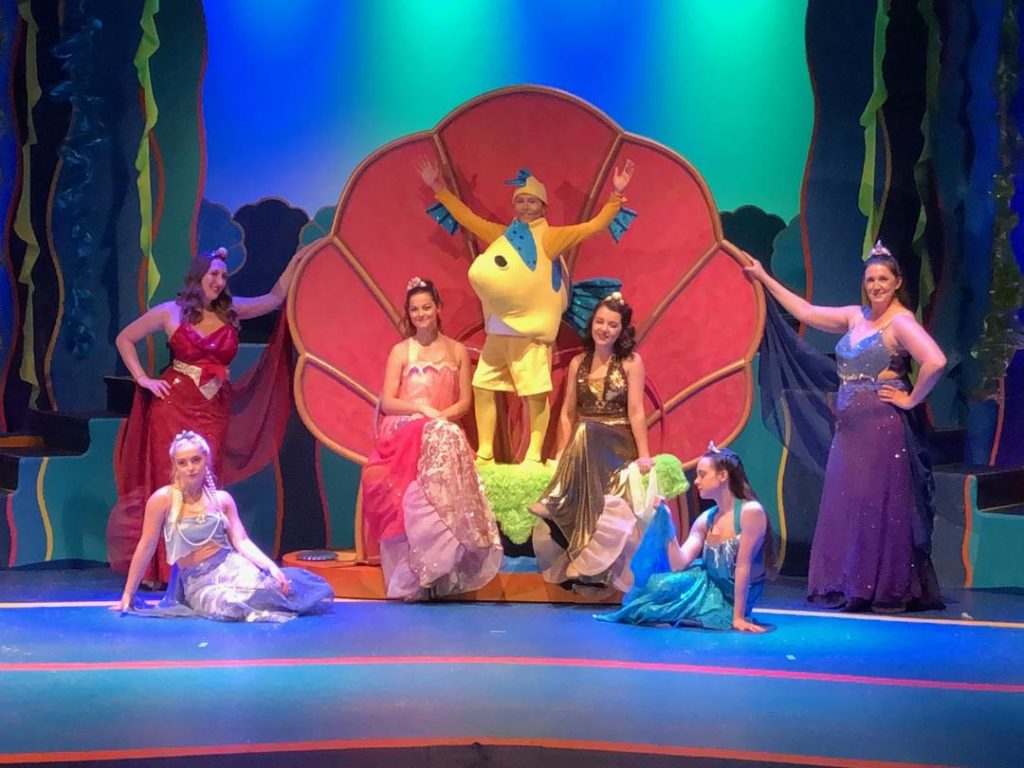 The costume designs by Sharon Hartley are over-the-top gorgeous, so many details to every piece, for this large cast and several costume changes! I got a close-up look at one of the vests and feathery costumes, each vest is unique. The sea creatures all have rich details, too. Of course, Ariel has the beautiful, flowing gowns and glittery “gills” as do her Mersisters. 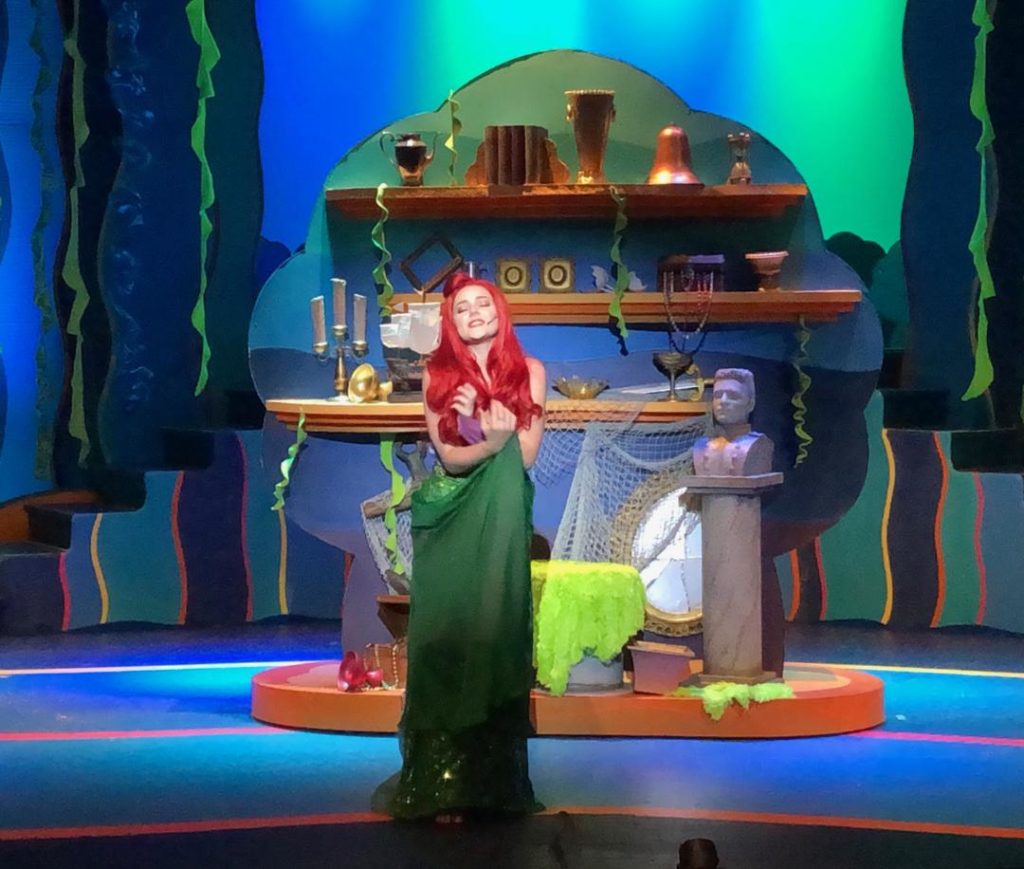 Sylvia Borash as Ariel in PLCT’s production of The Little Mermaid. Photo by director Travis Chaput

This gorgeous sea world and stunning costumes are populated by a tremendously talented cast. Sylvia Borash plays Ariel. She has the voice, acting, and dancing skills to really shine in this role. (I expect to see her perform on professional stages in the cities.) Jacob Hanson plays Prince Eric with confidence and ease. (He also has a promising career in performing arts, if he so chooses, after he finishes high school!) The entire cast was all in. Each role has fun lines, quirky moments, and unique dance moves. The tap dancing scene was my favorite part. Amy Borash did an excellent job with choreography, using the skills of the long time dancers and no doubt teaching those who hadn’t spent time in a dance studio. 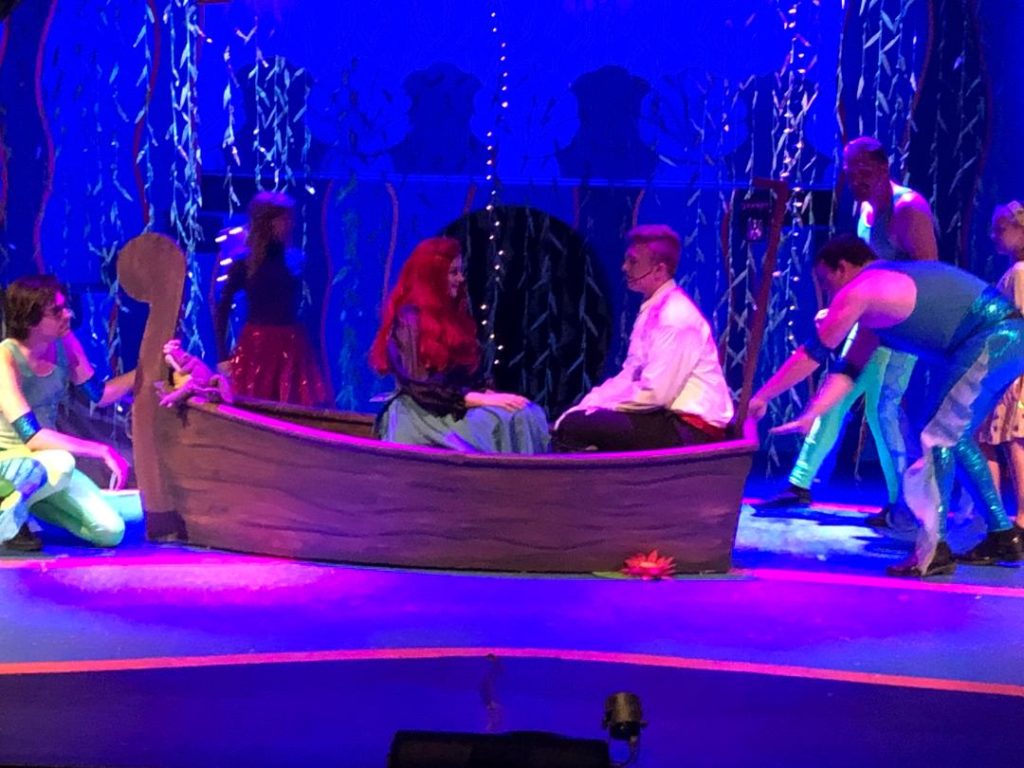 Sylvia Borash as Ariel and Jacob Hanson as Prince Eric in PLCT’s production of The Little Mermaid. Photo by director Travis Chaput

The Little Mermaid is Travis Chaput’s directorial debut, and he started off with a bang. Fortunately for him, he was surrounded by extremely supportive and talented people. Everyone at the show I attended had great response to what was happening on stage. Many young people were there, and they were riveted to the action. They giggled over Patrick Kennedy’s Chef Louis in “The Palace Kitchen,” and asked their mom’s “Why are they pushing on that screen?” during Ursula’s “Poor Unfortunate Souls,” which is a little creepy, and they oohed and ahhed over Ariel and all the excellent dancing. 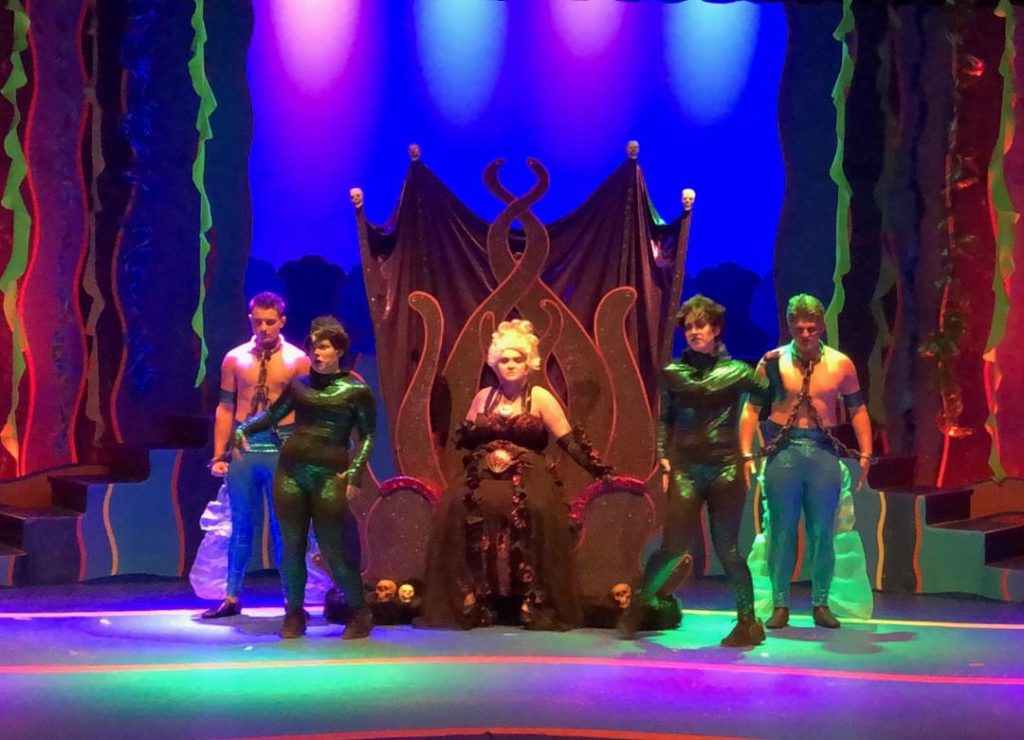 Rachael Kline is an energetic and enthusiastic as Sebastian. She has great “crabby” moves! Josiah Sechser is an adorable Flounder. Nolan Reynolds is a funny and likable Scuttle. Lizzi Ortmeier is a fearsome Ursula, with killer vocals. Brianna Engles and Nicole Rothleutner give us chills as Ursula’s evil minions Flotsam and Jetsam. Erik Paulson is a stern, but loving, father. The rest of the cast were fun to watch, and of course, the youngsters were darling. 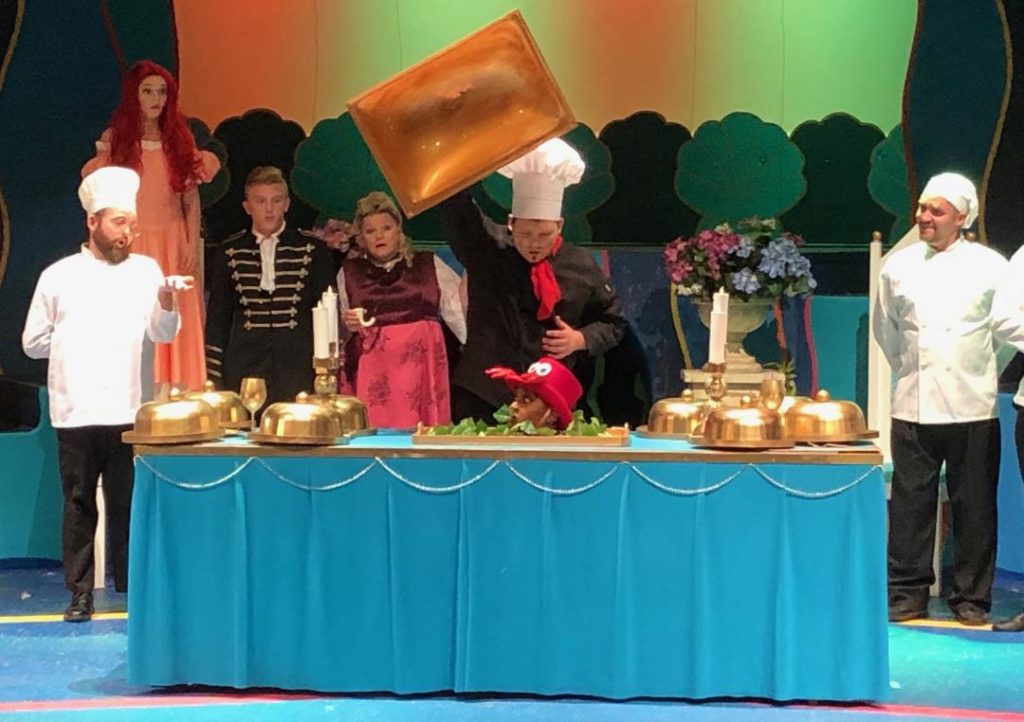 Bring your family to this colorful and lively show. Marvel at the set, costumes, singing, dancing, and acting. We have tremendous talent here in the lakes area. And, also, tell your daughters, the young women in your life, that they never need to change anything about themselves to fit into a man’s world, to be “chosen” by the guy. In a world that works hard at silencing women, keep a strong voice. Don’t ever let anyone take it away. If they do, be strong like Ariel, and fight with all your might to get it back.

You can see The Little Mermaid on stage at Pequot Lakes Community Theatre through July 27, 2019. ASL-Interpreted Performances are July 21 and 26. Visit GLAPA.org for tickets and showtimes.

Journaling Prompt: Describe an adventure that you’ve had at sea. 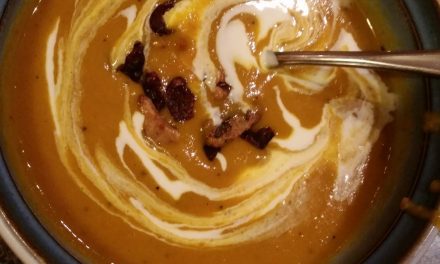