The Sunshine Boys, BCT at CLC, Sparkles and Shines 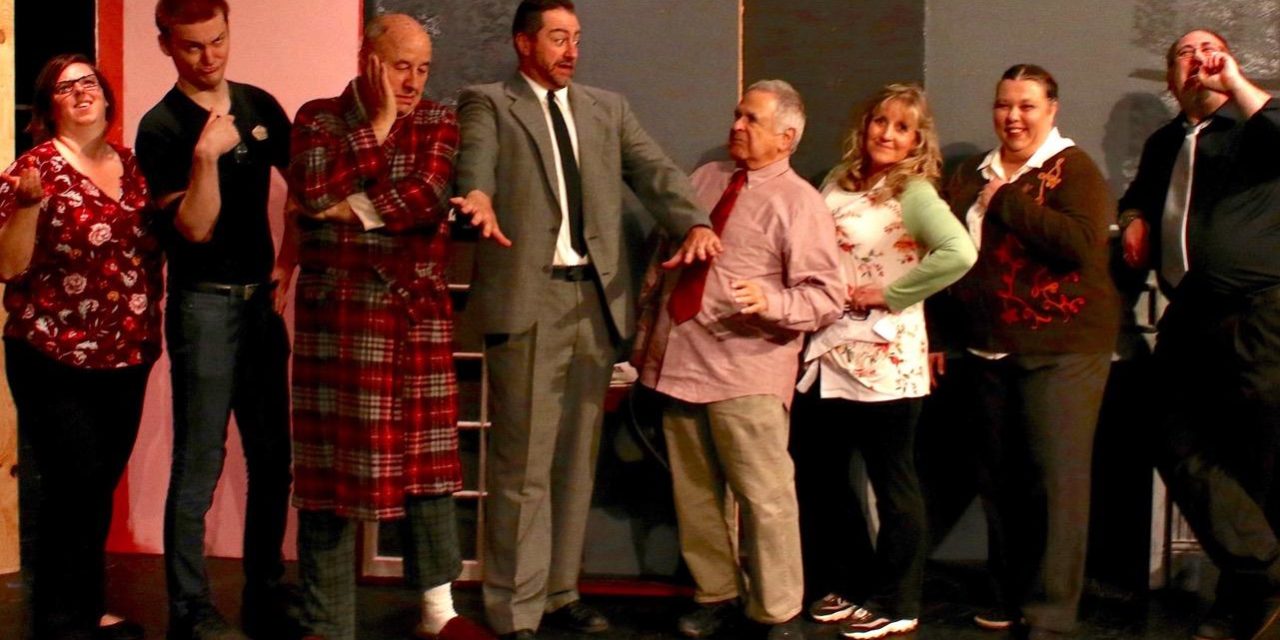 Quote of the Day: There is no denying the comedy that comes through the lines in this show, but what also really spoke to me was the realness of these characters and where life had placed them. Beth Selinger, director of The Sunshine Boys by Neil Simon, Brainerd Community Theater (BCT) at Central Lakes College (CLC). 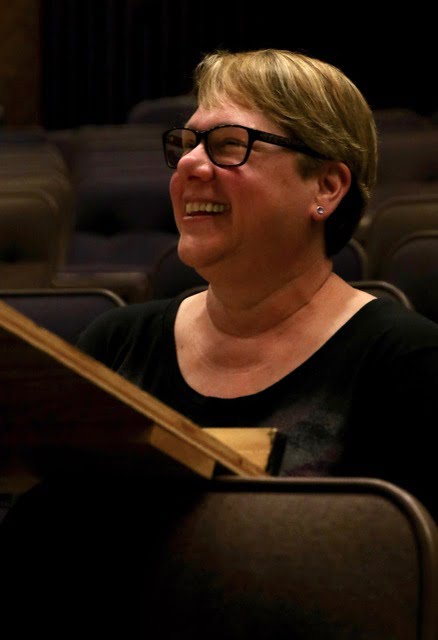 Beth Selinger, director for The Sunshine Boys, BCT at CLC, through July 3, 2019. Photo by John Erickson

Director Beth Selinger brings out the heart in this comedy written by one of America’s best known playwrights, Neil Simon (The Odd Couple, Brighton Beach Memoirs). Simon is great at setting up a joke and offering up some good one-liners. He likes pitting characters against each other, bringing out the complex relationships with the “Can’t live with him, can’t live without him” conundrum.

Willie Clark, played by CLC theater director Patrick Spradlin, is a retired Vaudevillian star, living in a hotel in NYC. He’s doing a commercial here or there, if he can remember the product’s name, but spends most of his time watching television. His nephew Ben Silverman (played by Kevin Yeager) also serves as his agent and works hard to get his uncle out of the easy chair and back on the circuit. He gets his chance when CBS wants to do a commemorative show featuring the comedic greats. The only problem is, the dynamic duo of Lewis and Clark haven’t spoken to each other in years. 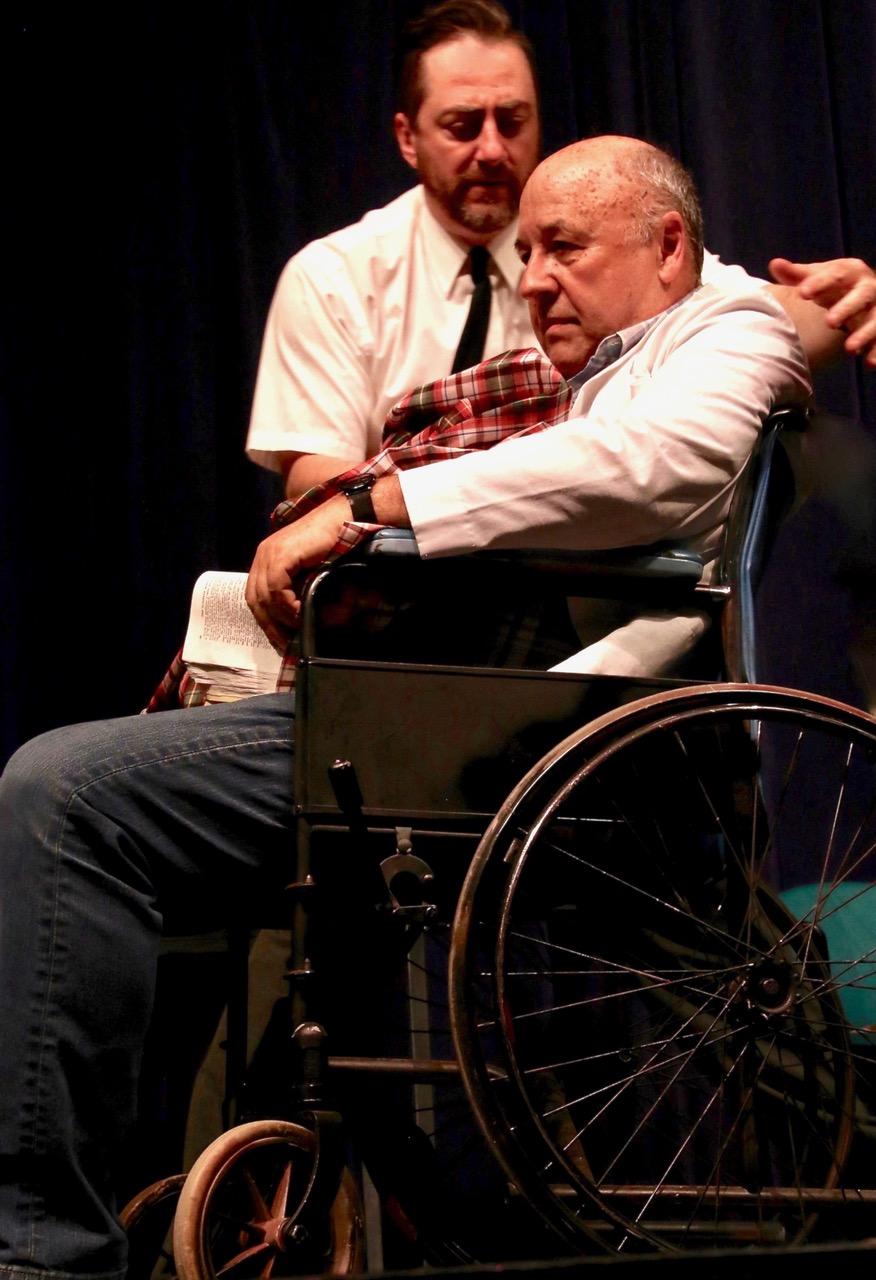 Patrick Spradlin as Willie Clark and Kevin Yeager as Ben Silverman in The Sunshine Boys, BCT at CLC, directed by Beth Selinger, through July 3, 2019. Photo by John Erickson

M. S. Bernard plays Clark’s former comedy partner Al Lewis. Clark blames Lewis for breaking up the act. When Lewis makes his grand entrance onto the set, Ben hopes to witness a happy reunion. Although the TV gig brings them both out of retirement and back into the same room, they are reluctant to own any of the animosity between them, neither will offer up any apologies, and they “act” grudgingly as they try to recreate their former sketch that made them famous. 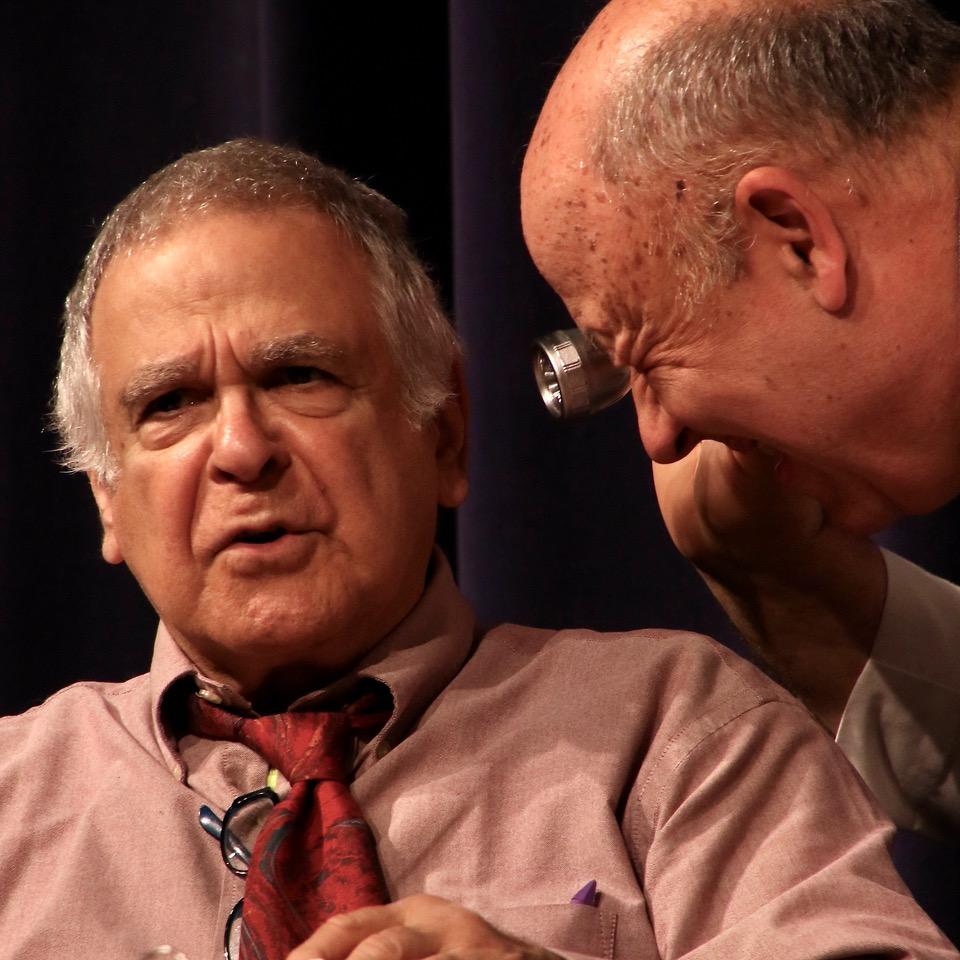 M.S. Bernard as Al Lewis and Patrick Spradlin as Willie Clark in The Sunshine Boys, BCT at CLC, directed by Beth Selinger, through July 3, 2019. Photo by John Erickson

If you’re listening, you’ll hear more than jokes in this script. It’s an homage to a by-gone era of live entertainment, the Vaudeville scene, that brought people together. While it reflects the times being both sexist and racist, it also exposed people to cultures other than their own. You can read this article from PBS on Vaudeville. Simon references several of the greats like Burns and Allen, Bob Hope, and includes the fictional Lewis and Clark in the announcements (announcer played by Connor Nichols) before the recording of the CBS special in the second act of the play. Some of the sexist characterization is reflected in Simon’s work. Lewis is kind of a yuck in how he talks about women, and the slutty nurse/dumb blonde image needs to be retired. 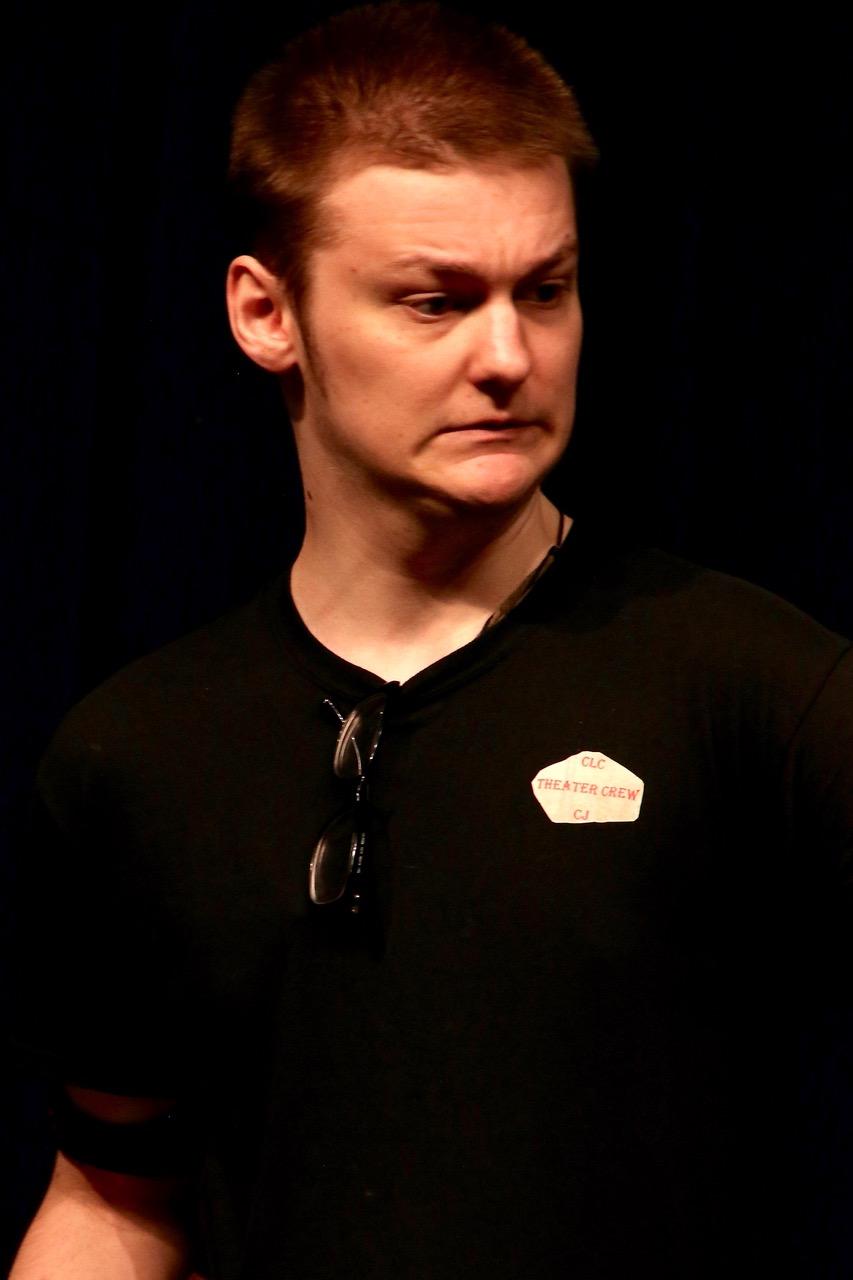 Connor Nichols as Eddie in The Sunshine Boys, BCT at CLC, directed by Beth Selinger, through July 3, 2019. Photo by John Erickson

Jennifer Anderson plays Nurse O’Neill who puts Lewis in his place when he offers up the less than savory remarks and passes. She is one of the few female characters that Simon creates that has brains and wit. 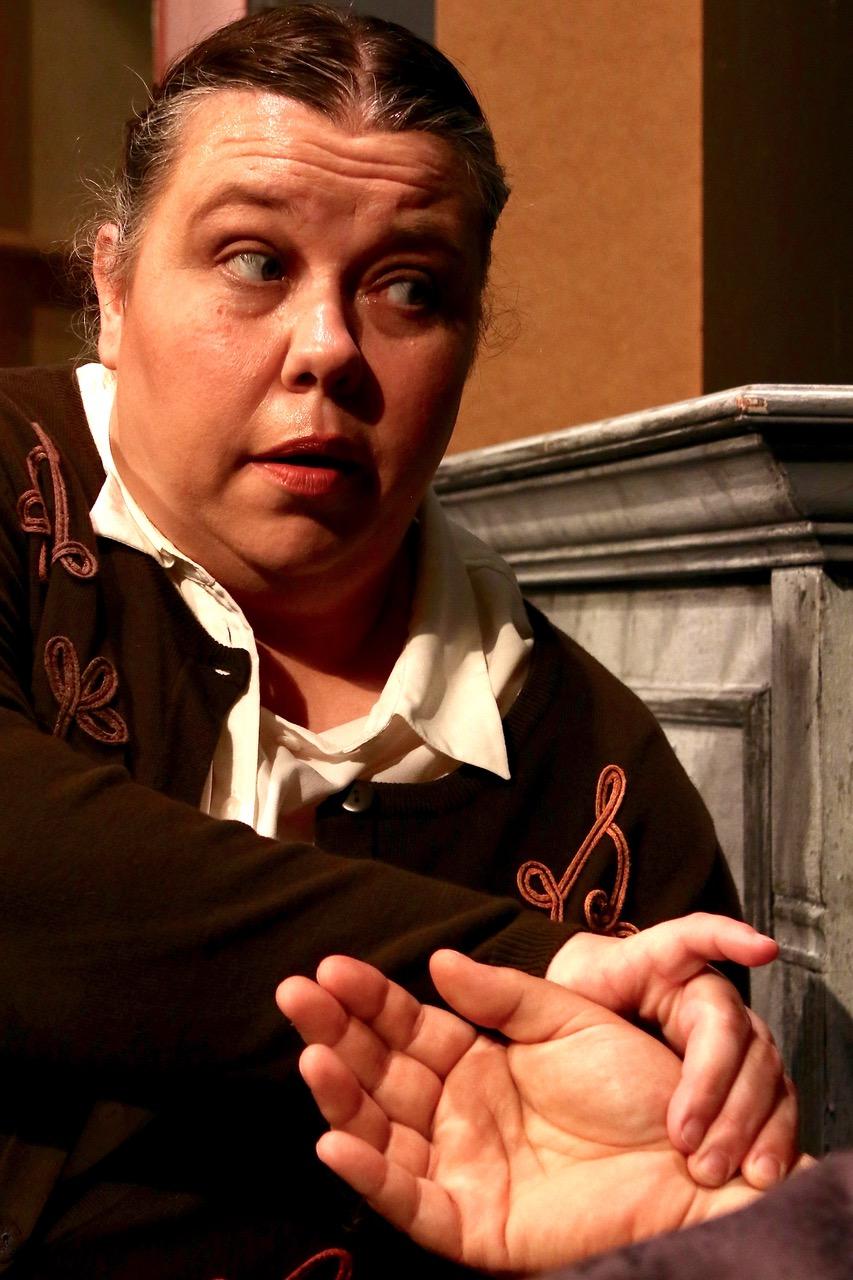 Jennifer Anderson as Nurse O’Neill in The Sunshine Boys, BCT at CLC, directed by Beth Selinger, through July 3, 2019. Photo by John Erickson

Charlie Johnson plays the part of the Patient in Lewis and Clark’s “Doctor’s Office” sketch. Lisa LeBlanc plays the Sketch Nurse. Rachel Martin is the “Vaudeville Lady,” who carries the signs in the intro and scene changes, and when we’re supposed to return to our seats after intermission. Marc Oliphant is the voice of the TV Director and is also Stage Manager for the production. Tim Leagjeld is once again the master Set Designer. George Marsolek also designed set and is Technical Director for the show. Ben Kent designed the sound, and Dawn Kruatbauer came back to do the costuming.

All shows start at 7:30, but come early to enjoy the photo gallery from rehearsals by John Erickson, Art Matters, and watch the black and white Vaudeville film clips once you take your seats. It sets the mood well for this nostalgic show. The acting is excellent, and director Beth Selinger brings out the underlying emotions of aging and a changing world of show business.

You can see The Sunshine Boys on the Chalberg stage at CLC through July 3, 2019. Ticket prices reflect back to the beginning of theater offerings at then, Brainerd Community College, in 1969, $2.00 for adults and $1.00 for anyone under 18. Visit the CLC Performing Arts website for more ticket information, or call 218-855-8199, or visit the box office.

Journaling Prompt: Who are some of your favorite comedians, past or present?

Review of Trouble in Mind at The Guthrie Theater