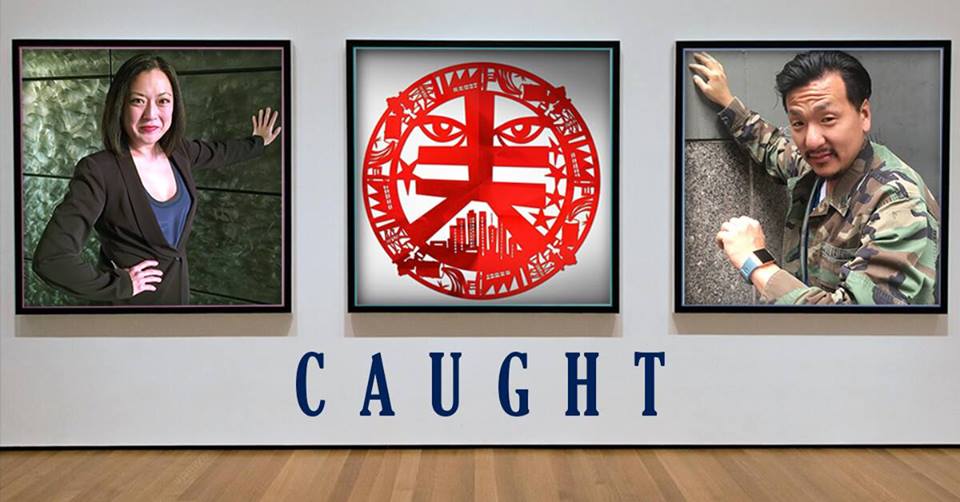 Quote of the Day: War is peace. Freedom is slavery. Ignorance is strength. George Orwell, 1984
Up is down,
left is right,
front is back,
black is white.

(Is that last part from Orwell, a song I’ve heard, or did I just make it up? You tell me.) 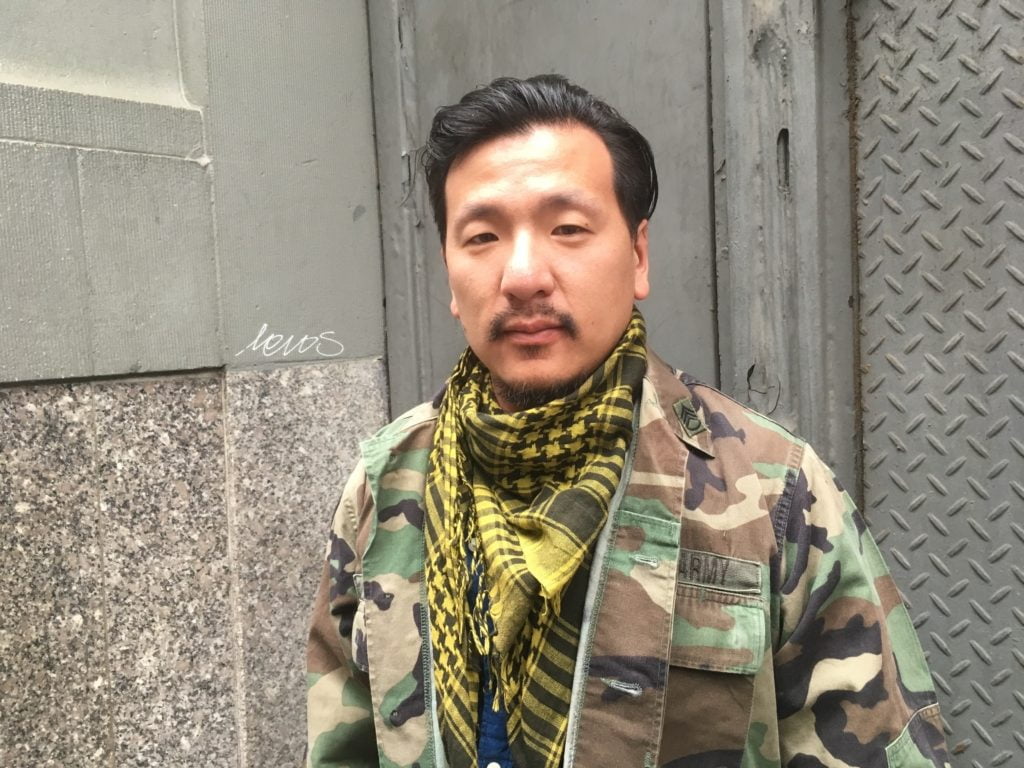 Brian Kim as Lin Bo in the play “Caught” by Christopher Chen, directed by Rick Shiomi with Full Circle Theater, at the Guthrie Theater through June 2, 2019. Production Photos

Full Circle Theater Company is doing a brilliant play by Christopher Chen called Caught. It is a play about art, truth, deception, and perception. I was going to use a quote from the play, “It’s a protest imitating art imitating a protest,” or was it the other way around? And, after the scene was over, I wasn’t even sure that it happened, so I deferred to George Orwell, the thoughts rattling around in my head, and my imperfect memory.

We’ve all experienced it, that moment of recall when you and your siblings are sitting around the table at Thanksgiving, recounting an event from childhood, and you all remember different details, sometimes even opposing “facts.” Or, you’ve looked at a piece of art and had a reaction. You discuss it with your significant other, and it was as if you’d looked at completely different paintings, or seen different shows, and yet, there you were in the same room at the same time.

That’s what it’s like to watch Caught. I brought my two college boys, their girlfriends and my oldest son. Afterwards, we all talked about the play, starting on the ride down the elevator, and on into the night as we drove home. It’s a thinker.

When you go to this show, bring along people who will discuss it with you afterwards. Bring your smarty-pants college students and their highly intelligent older brother. Bring your know-it-all teenagers and your grandparents who have lived long enough to believe that there are two sides to every story. In fact, most of them are multi-faceted. What is real to one person might ring false to another. What is my truth, may not be yours.

Case in point, the temperature in the room you’re in right now.

For me, the temperature is just right, maybe even leaning into warm. Then, my sister walks in, rubs her hands up and down her arms, shivers and says, “Why is it so cold in here?”

We ate dinner at a Thai restaurant before the show. My son took a bite of his food and said, “For a number three spice level, this is kind of mild.” His girlfriend took a bite and said, “That’s really spicy.”

The truth is in the eye of the beholder. Right? What is fact? What is fiction? And, does it really matter? Why is coincidence in non-fiction fascinating, but rejected as a lame storytelling device in fiction? Christopher Chen uses a famous example. When James Frey published his book A Million Little Pieces as a memoir, it was received with high praise. People were moved by his story and inspired to better their own lives. Oprah praised him publicly and endorsed his book. When it came out that he’d made up most of the story, he was dragged through the mud, verbally tarred and feathered, rejected, and sent packing. His credibility as an author stripped beyond repair. Why? Was the book any less moving or inspirational as a work of fiction, or creative non-fiction?

Christopher Chen brings up questions of truth in journalism, who creates art, when is it original, when is it a copy? Look at the music industry. You often hear of artists suing one another for ripping off their tune. Was it malicious, or were they simply inspired by another’s work, or felt so strongly that they created it themselves? Can originality even exist anymore?

So many questions! I can’t stop thinking about this play. Lucky for my guys that they went to it with me, so I can keep asking them what they thought of this part, or what they think happened in another. (ha!) Although, we did talk about one scene that we all thought could have gone in many directions.

You’ll just have to experience this one for yourself. It is fascinating. The entire creative team is exceptional, from all the fine actors, thoughtful direction by Rick Shiomi, staging, lighting, sound, etc. it will be a performance that you won’t soon forget. 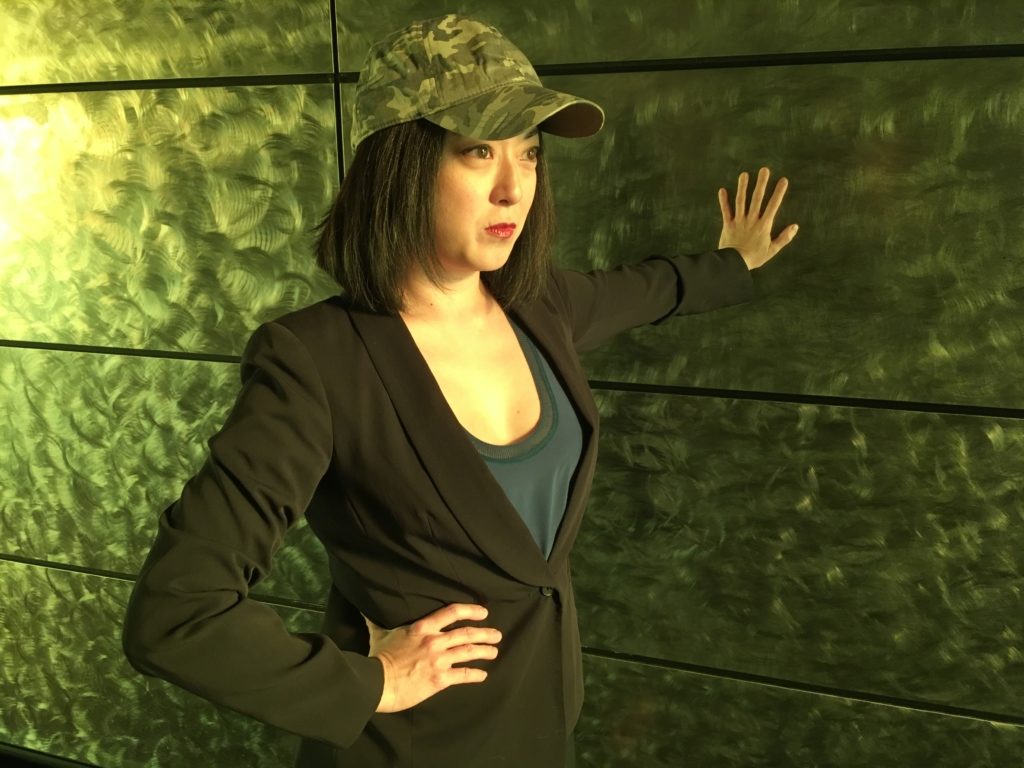 Katie Bradley as Wang Min in “Caught” by Full Circle Theater at the Guthrie Theater through June 2, 2019. Production Photo

You can see Caught by Full Circle Theater Company at the Dowling Studio at the Guthrie Theater through June 2, 2019. The performance that we attended was full, if not sold out. Tickets are only $9.00. Run time is 90 minutes, no intermission (which is practically perfect in every way).

Go. Create. Inspire! And, if you can, create something that makes people think and gets them talking.

Journaling Prompt: Have you ever reread or watched something again to gain a better understanding? Do you have family stories that have vastly differing details that leave you shaking your head and arguing about who is right?

G is for George and Globe

The Pulse of the Family