Review of Metamorphoses at the Guthrie Theater 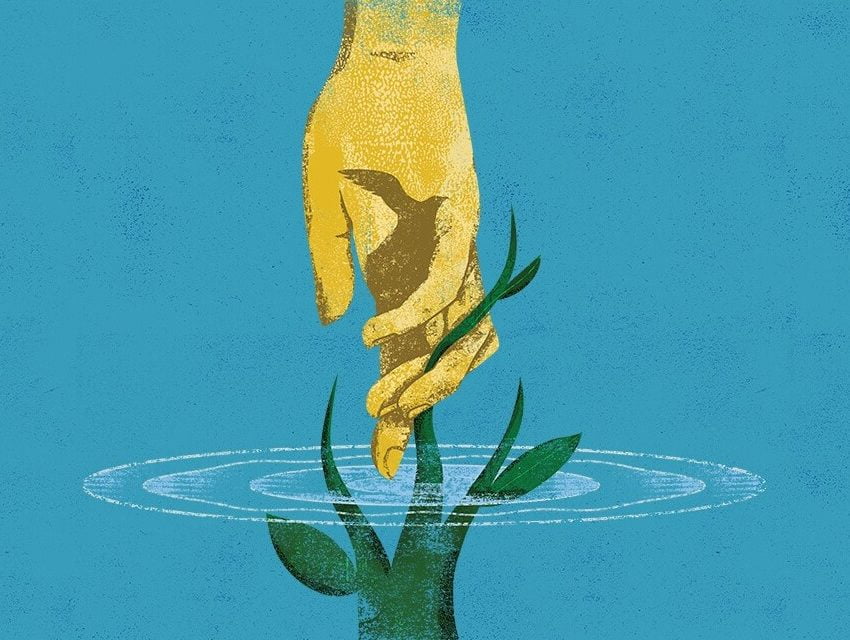 Quote of the Day: Our souls wander in darkness searching for love. a line from Mary Zimmerman’s play Metamorphoses based on the myths of Ovid. Midas, Hermes, Eros, Psyche, Alcyone, Aphrodite and other Greek gods populate this play, set around a pool of water, where our love and longings are explained in myths and everyone is transformed. 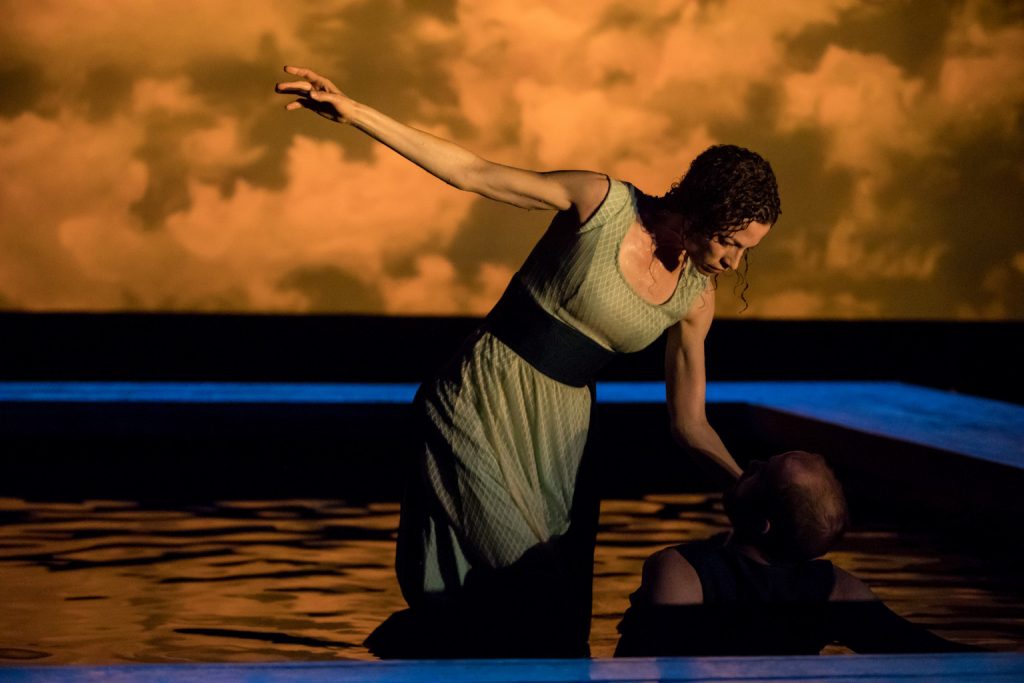 Louise Lamson and Alex Moggridge in Metamorphoses by Mary Zimmerman, co-produced by Berkeley Repertory and the Guthrie Theater. Photo by Dan Norman

This is a beautiful, fluid play filled with poetic language, gods and humans searching, longing, and living, and reflecting on life and loss. Each story centers around a pool of water. Each has transformative elements. While each story is its own episode, if you will, the performance has an emotional arc that leaves the audience feeling like we’ve gone through the journey with the actors and the various characters that they portray. One of my favorite stories is depicted in the above photo. A young couple is separated as he goes off to sea and dies in a shipwreck. She is bereft with grief and longs to be transformed, to rise above it. They meet as spirit creatures and soar likes birds through eternity. The picture they paint with their movement is visually stunning. 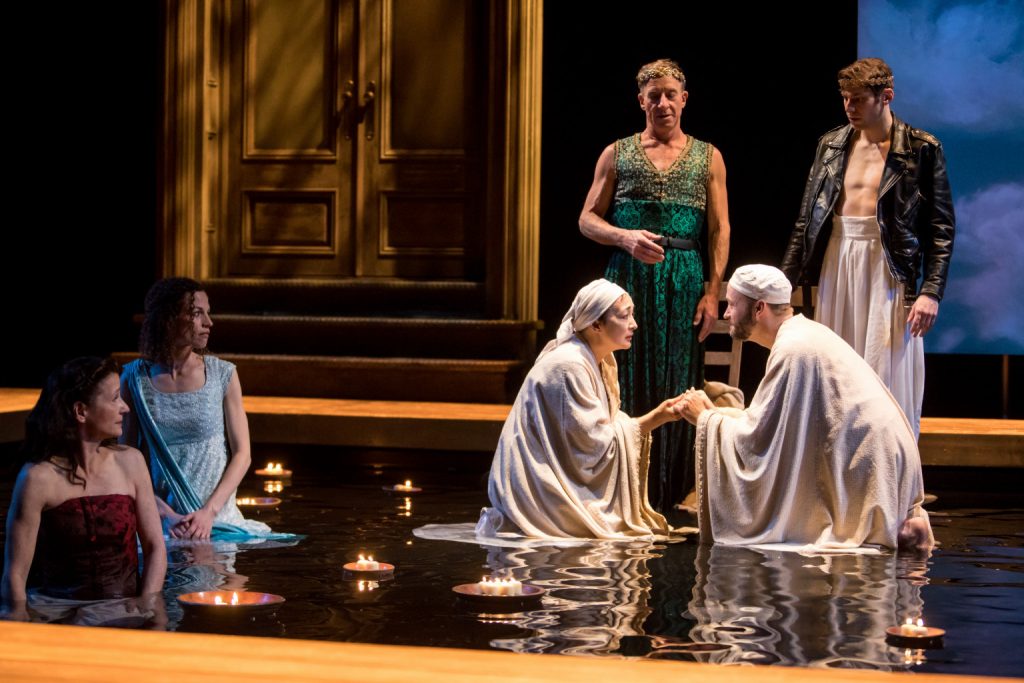 In other stories, we learn of Midas and wish fulfillment, which comes with consequences. We experience characters trying to trick each other, control each other or their environment, and we observe mistakes and longings. The quote I use above is from the story of Eros and Psyche (which is the one story that is not from Ovid). Eros is a young man representing love and vulnerability, wearing only his wings and a blindfold. Psyche is told not to look at him. Their story is told through narration, and we, the audience, sat transfixed, barely a peep made by anyone, quiet and respectful. I thought of the baring of our souls as we become vulnerable to one another, the mystery of love and what connects us, and the discomfort that it all creates. 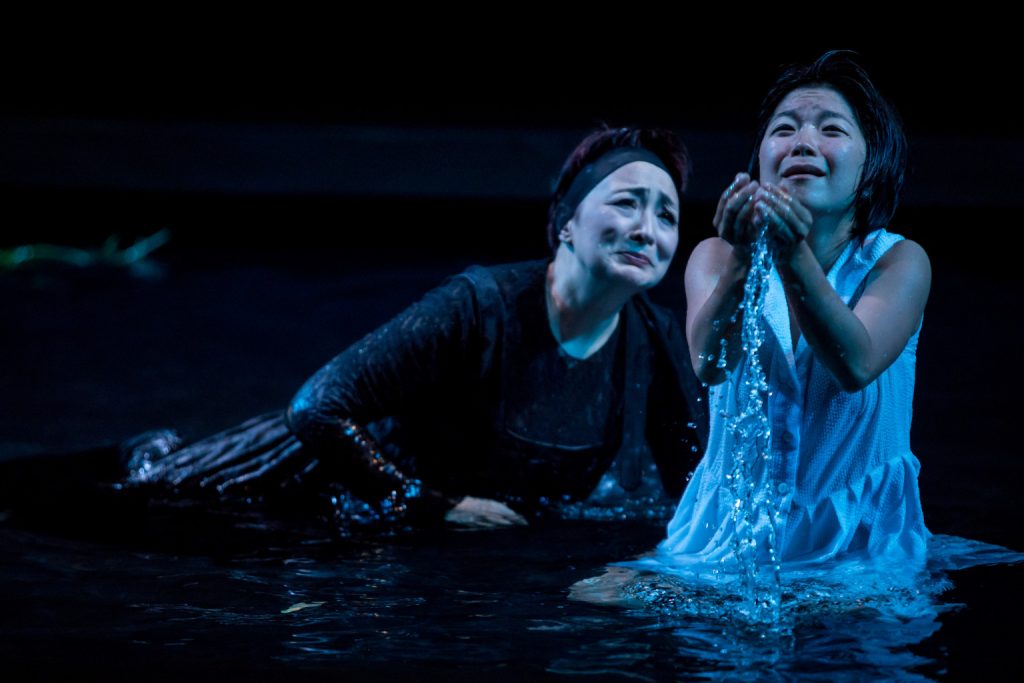 The entire production is 90 minutes, no intermission to interrupt the flow of this piece and our emotional journey with the actors. The use of lighting (T.J. Gerckens) and sound (Andrew Pluess) help us focus, and transitions from one story to the next are like a flowing river that dips and turns. This is truly a remarkable piece of theater. The only thing that could have made it better would be to have live musicians playing the music on stage. (Original music designed by Willy Schwarz.)

Mary Zimmerman has created a gorgeous adaptation of stunning visual poetry. Her cast is outstanding. Local actor Steven Epp plays Erysichthon and others, and Tyson Forbes stepped in as understudy for roles of Ceyx and others usually played by Alex Moggridge. Raymond Fox plays Midas and others and has done this play at numerous theaters. Other actors include Rodney Gardiner as Phaeton and others, Benjamin T. Ismail as Hermes and others, Louise Lamson as Alcyone and others, Felicity Jones Latta as Aphrodite and others (and, I’ll have to say that Aphrodite is not a particularly nice god). Sango Tajima plays Myrrha and others. Lisa Tejero plays the Therapist and others, and Suzy Weller plays Eurydice and others. 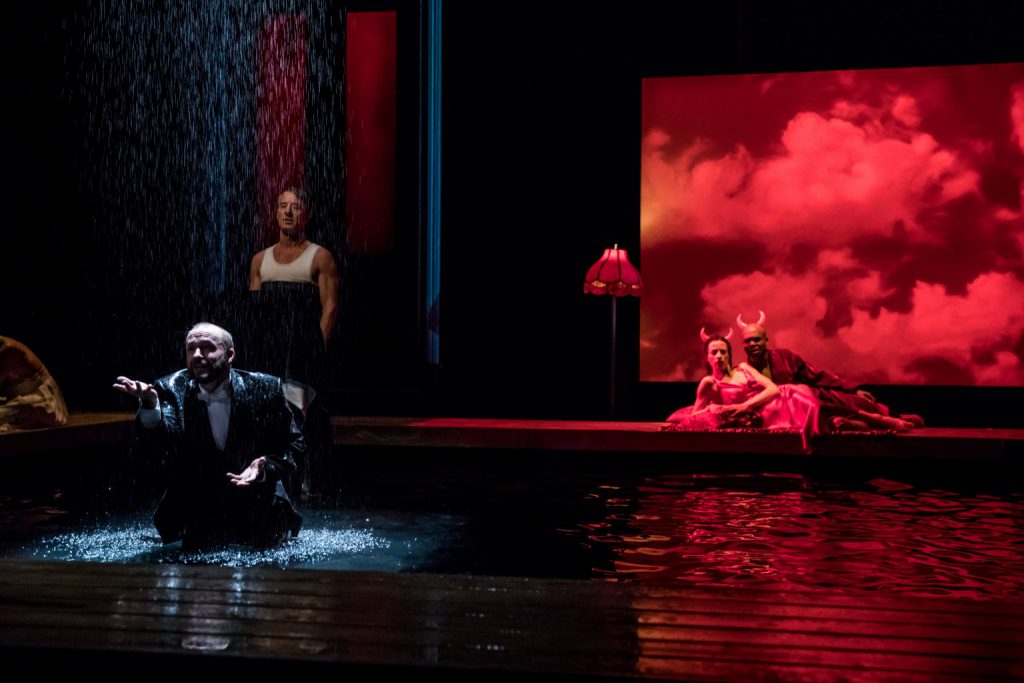 Some stories are sad, others humorous. The water adds an extra element of challenge and fascination in watching this play. The program notes get into depth on creating the pool, how they keep it clean and safe for the actors, and the inclusion of warming space for them between scenes. Fabrics are carefully chosen for costumes (designed by Mara Blumenfeld) and several are done in duplicate to allow for drying and laundering.

As Mary Zimmerman says in an interview in the program by Madeleine Rostami, “Big, old, classic texts always remain new…you seem to always be able to apply what they have to say at different times of your life. They address the eternal human condition, which is a permanent state of change and loss, and in some ways renewal as well.”

You can see Metamorphoses at the Guthrie Theater in Minneapolis, MN through May 19, 2019.

Journaling Prompt: What are some major life changes that you’ve experienced? What are you hoping will change?