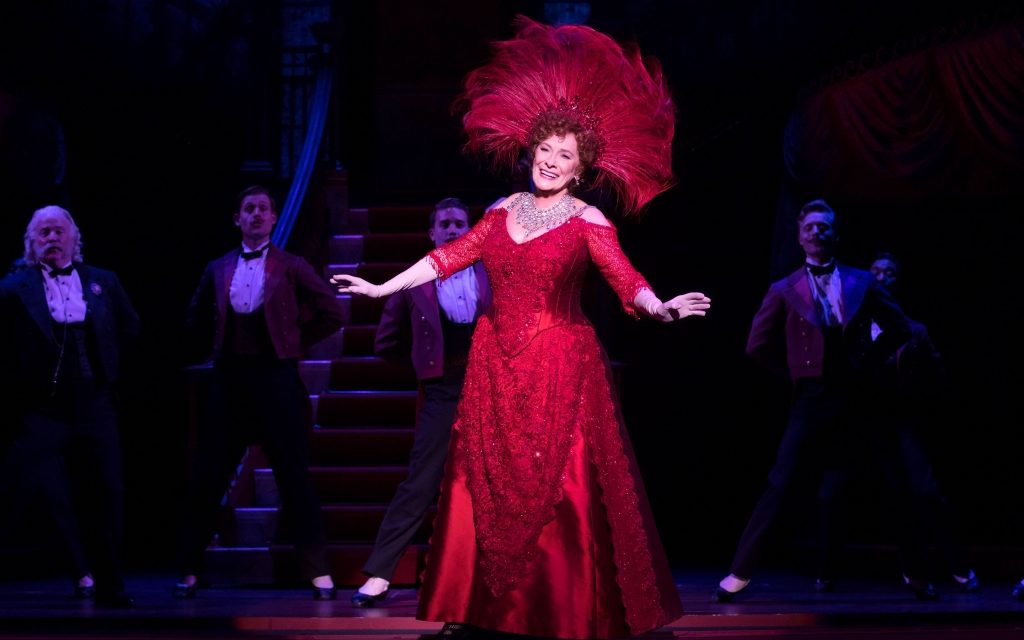 Quote of the Day: Money, pardon the expression, is like manure. It’s not worth a thing unless you spread it around, encouraging young things to grow. Dolly Levi in the musical Hello, Dolly! Originally penned by Thornton Wilder in his play The Matchmaker, which the musical is based on. Michael Stewart wrote the book, and Jerry Herman wrote the music and lyrics to this beloved musical about the meddling matchmaker, Dolly Gallagher Levi. 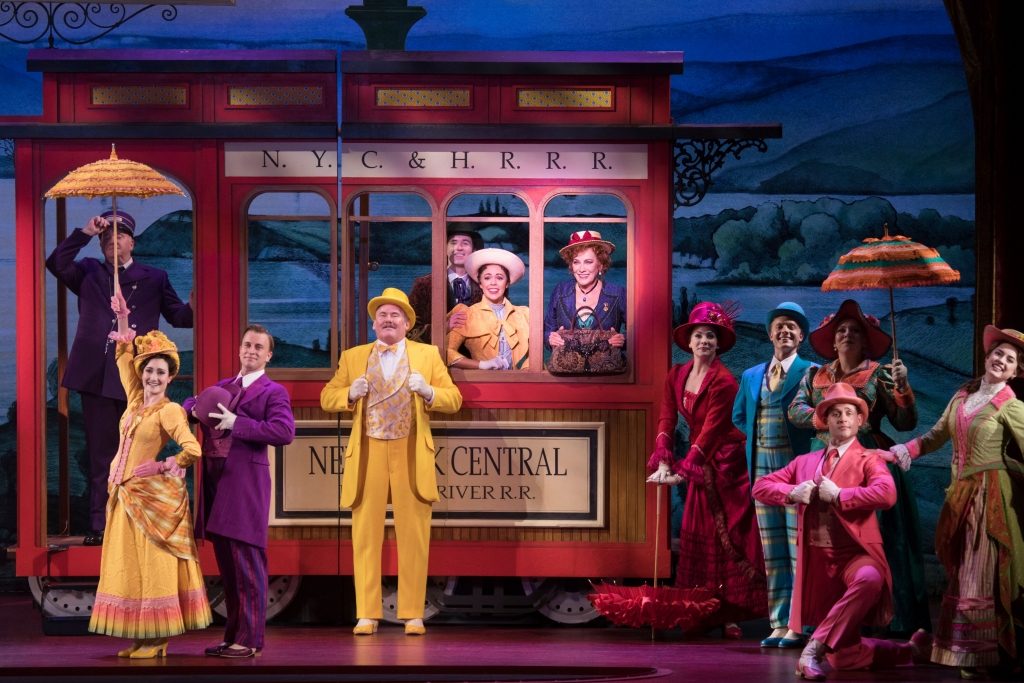 There is something grand and glorious about seeing a classic musical like Hello, Dolly! come to life at a place like the Historic Orpheum Theatre in Minneapolis, MN.  It was like stepping back in time when people went to shows for their pure entertainment value. Some people still dress up. Many are there with friends, family, sweethearts, and making the whole evening a celebration. Hello, Dolly! is a celebration of musical theater and the women who have played the iconic role. Betty Buckley gives us full on Broadway stardom and charm. I’m still smiling from the experience. She put heart and style into the character of Dolly. I connected with her during the final number of Act I, “Before the Parade Passes By.” You’re never too old to find your true calling, to perform your dream role, or to find love again. 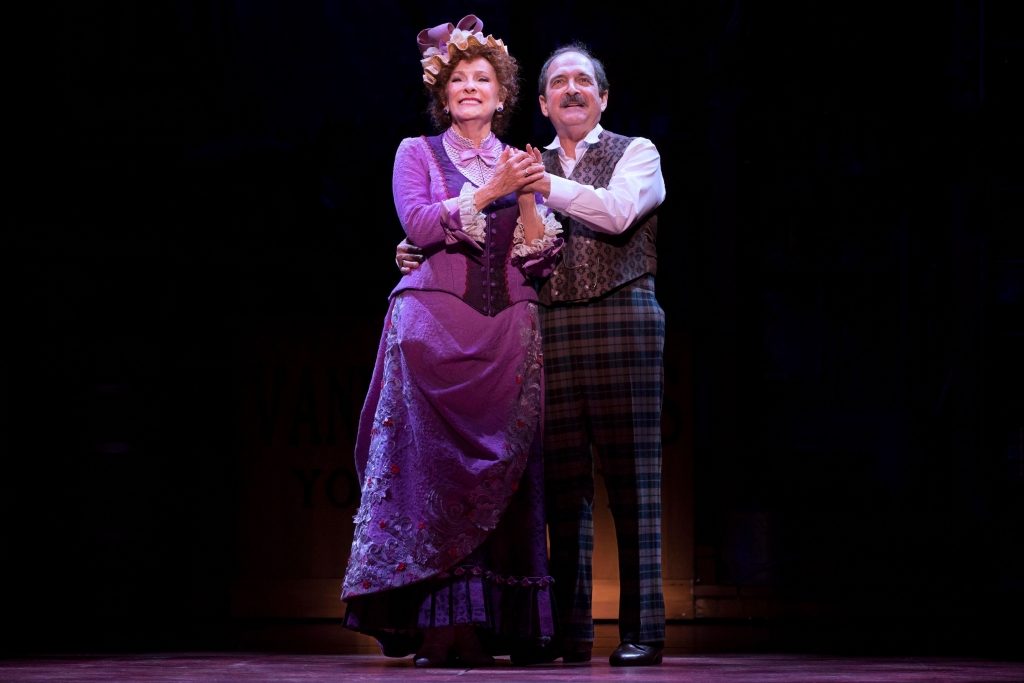 Lewis J. Stadlen is a darling Horace Vandergelder from his curmudgeony scowl and sarcastic song “It Takes a Woman” to his endearing pledge of love to Dolly and his gentle taking of her hand. Their duet of “Hello, Dolly” in the end is a heart-melter. 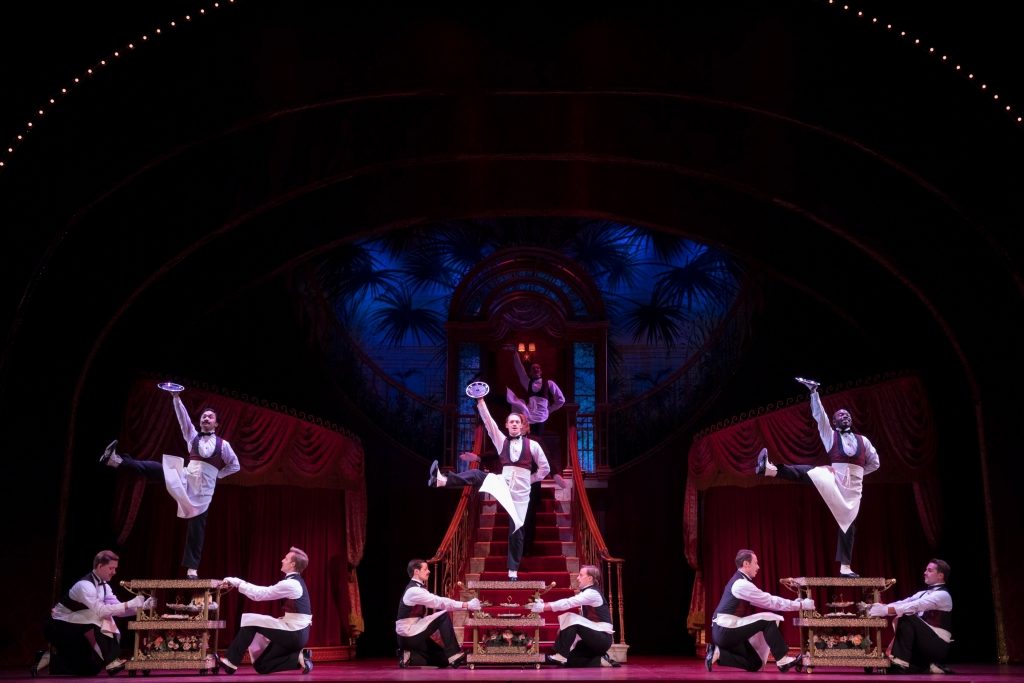 The ensemble is dynamic and high stepping! Whew! I can only imagine the amount of calories they burn performing this show. According to the program notes, “This production of Hello, Dolly! pays tribute to the original work of legendary director/choreographer Gower Champion.” I asked my theater companion Joanna, who is a huge fan of the show, if the choreography was similar to the movie/original. She said it was. From tiny toe tapping steps to great leaps, the dancers awed and entertained us. You have to be present to appreciate their skill. Director Jerry Zaks and Choreographer Warren Carlyle deserve all their accolades, including the Tony Award for Best Revival of a Musical and Best Costume Design (Santo Loquasto) in 2017. The costumes are gorgeous, just the kind you’d expect from a big, bold musical. This is the National Tour of the Broadway production. The set is big and bold with many moving parts that include a train and a “horse” drawn carriage. The audience loved these elements, cheering when they rolled on stage! Robert Billig conducts the excellent orchestra which includes some local musicians. 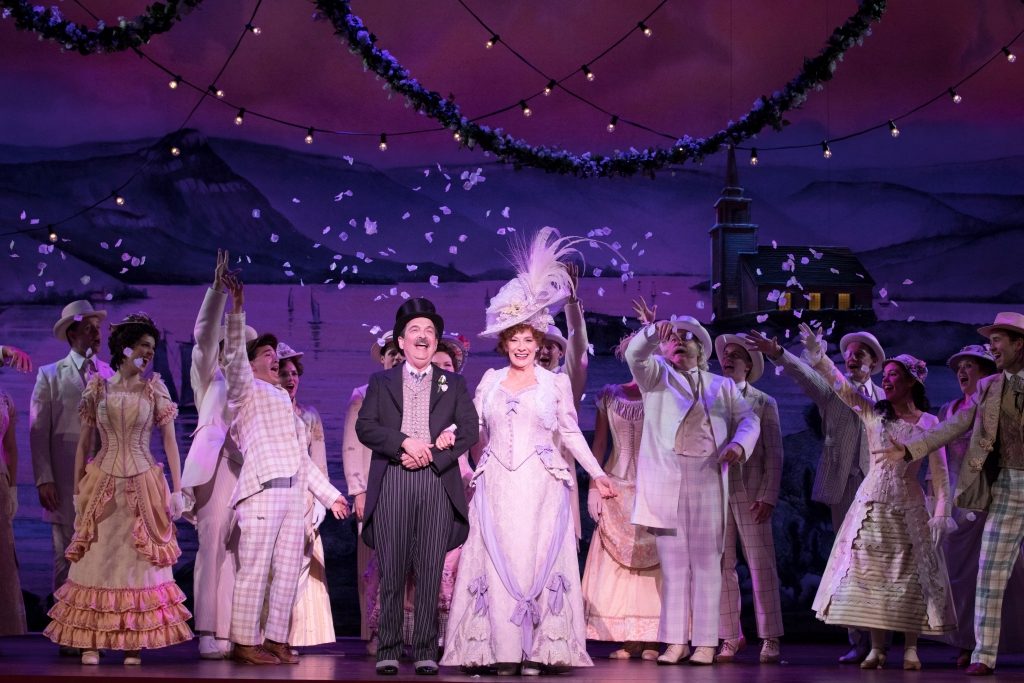 Cast members in the supporting roles are also stunning. Tall, elegant and graceful Analisa Leaming plays Irene Molloy, the hat shop owner. Her partner Minnie Fay is played by the delightful Kristen Hahn. The two hicks from the sticks that come to the Big Apple for adventure (pudding) are Nic Rouleau as the hilarious and dashing Cornelius Hackl and Sean Burns as the lovestruck Barnaby Tucker, with smooth dance moves. Colin LeMoine and Morgan Kirner are the joyful young lovers Ambrose Kemper and Ermengarde. 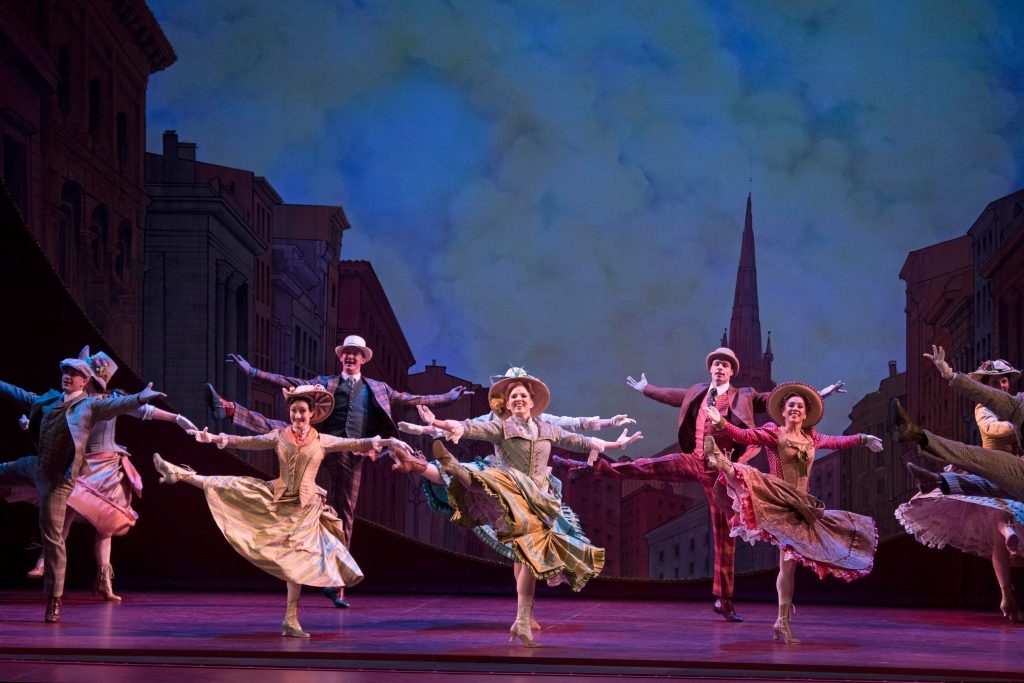 You can see Hello, Dolly! at the Historic Orpheum Theater in Minneapolis, MN through April 28, 2019. If you love classic musical theater with all its trimmings and bows (and big hats), you won’t want to miss Betty Buckley and the tremendous cast in Hello, Dolly! here or at another National Tour stop near you. Before the show we enjoyed a delicious dinner, and a couple specialty drinks, at The Local, Irish Pub downtown Minneapolis with a pleasant and attentive server named Matthew. I think I’ll pop on the cast recording of Hello, Dolly! and drift away for awhile remembering the fun evening we had with Dolly.

Journaling Prompt: What is your favorite way to just chill out and escape for a while?

Reflections on Life and the Movie Argo 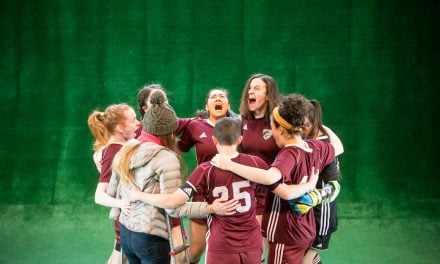