Review of Hedwig and the Angry Inch , Theater Latte’ Da

Quote of the Day: To walk away, you’ve got to leave something behind. John Cameron Mitchell, Hedwig and the Angry Inch. 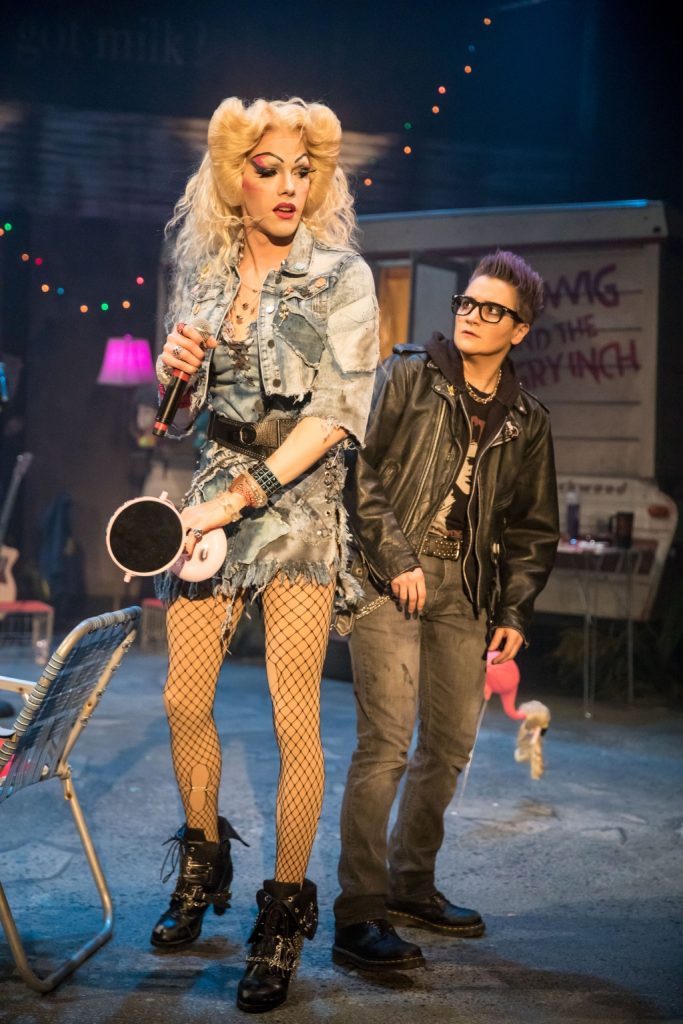 Tyler Michaels King as Hedwig, Jay Owen Eisenberg as Yitzhak in Hedwig and the Angry Inch at Theater Latte’ Da in Minneapolis, MN through May 5, 2019. Photo by Dan Norman

Right before the lights went down and the show started, I read this story in the program. (Thank you to the dramaturgs Elissa Adams and Jay Owen Eisenberg for the great program notes).

Thematically, Hedwig and the Angry Inch is a story of division and reconciliation. This is spelled out explicitly in many of the musical’s songs, particularly “Origin of Love.” In the song, Hedwig recounts a story his mother told him about how humans were once twin-bodied creatures combining two genders until they were split apart by Zeus and doomed to spend their lives searching for the “other half” so they can be whole again. In fact, the story is drawn directly from Plato’s Symposium, a philosophical text (dated c. 385-370 BC), which depicts a friendly contest of extemporaneous speeches on the nature of love given by a group of notable men attending a banquet. In the Symposium, it is the comic playwright, Aristophanes, who tells the story of the twin-gendered humans.

Reading just that much before the show started, help ground me in its meaning. And, when they performed that song, they used shadow puppets projected behind Hedwig to illustrate the twinning. Some are male-male, some male-female, and others female-female. We are complex and varied human beings. 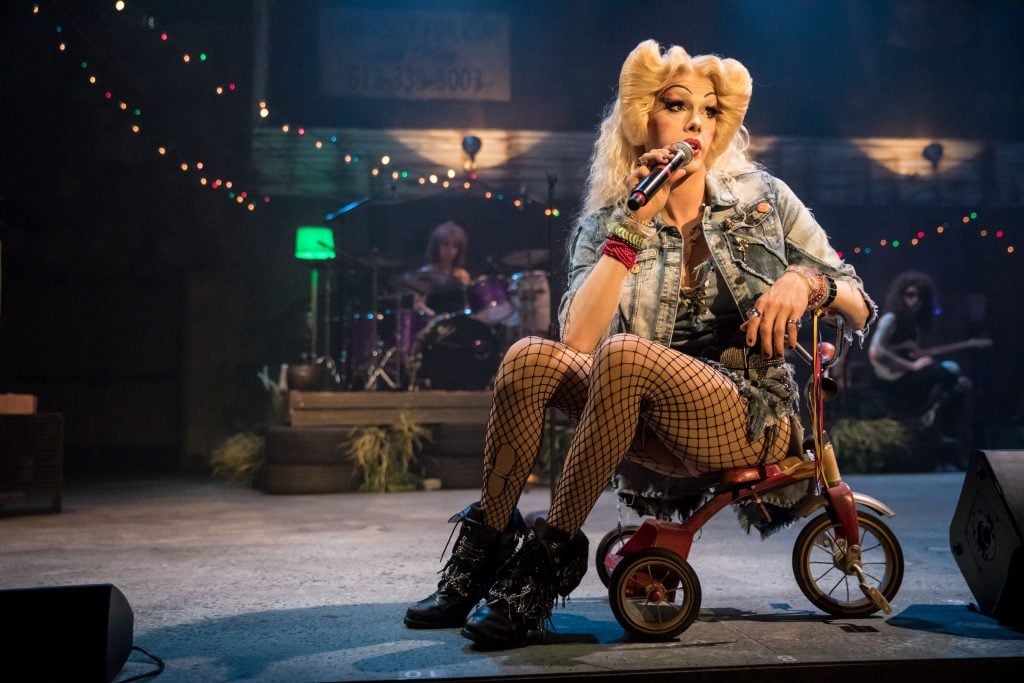 Tyler Michaels King as Hedwig in Hedwig and the Angry Inch at Theater Latte’ Da in Minnapolis, MN through May 5, 2019. Photo by Dan Norman

The other theme that stood out to me is what lengths people will go to be accepted and to get to a perceived better place. Hedwig is isolated and trapped, both in their body and psyche and in an oppressive country. In order to leave, they must change. To walk away, you’ve got to leave something behind. Who hasn’t felt that? Not everyone makes such an extreme physical change, but many need to make changes within to move on and into a new life, or stage of life.

I was surprised at how much I connected to this story. It’s about transformation. Everyone goes through changes in their lives. Simply growing up and leaving home is a major life change. Getting married, having children, getting divorced, moving, developing relationships and being part of a community, ending them, and constantly working on self-discovery. You never really become whole until you accept yourself for who you are, then that other half, whatever or whomever it may be, can come to you. 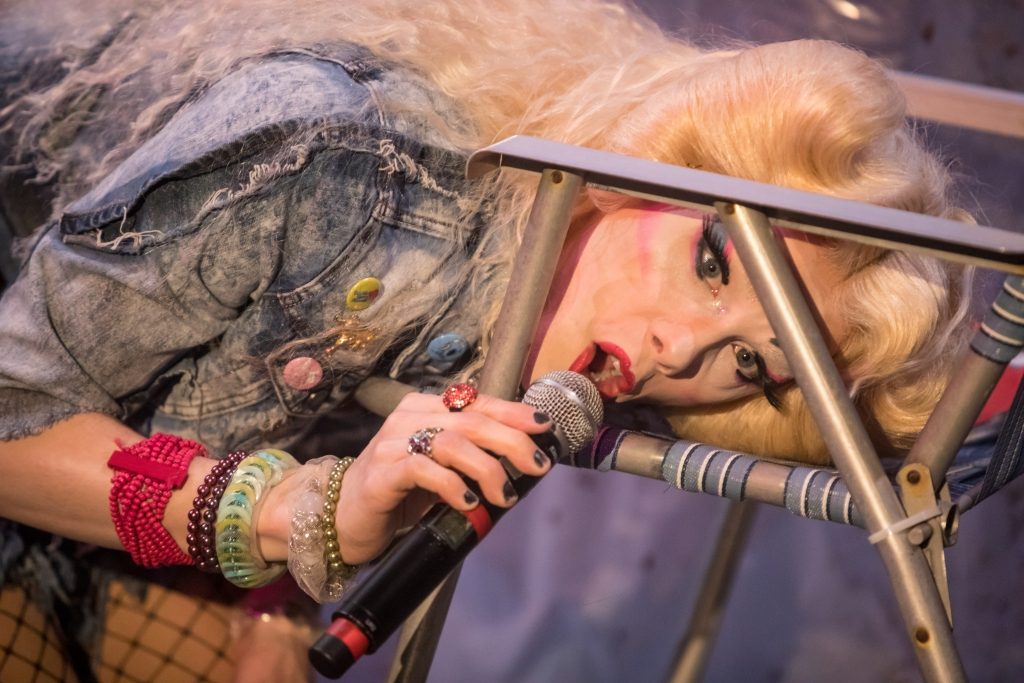 Hedwig and the Angry Inch is bold, bawdy, brutal, and breathtaking. It’s a hard core rock musical with harsh language and actions.  It is also soul searching and welcoming. Be you, it says, and you will find wholeness and beauty in this cold, dark work.

The band, and Hedwig, invite you into the story. There’s a certain amount of audience participation. Tyler Michaels King is brilliant in the lead role. Jay Owen Eisenberg plays opposite him with raw passion, and the band members are strong and stunning: Jason Hansen on keyboard and Music Director, Jendeen Forberg on percussion, Mayda Miller is on bass, and Jacob Smith on guitar. Co-Directors are Annie Enneking and Peter Rothstein. Lighting Design by Mary Sabatura and Sound Design by Alex Ritter. Scenic Design by Michael Hoover. Costume Design by Alice Fredrickson, and Wig and Hair by Paul Bigot.

You can see Hedwig and the Angry Inch at Theater Latte’ Da through May 5, 2019.

Journaling Prompt: When have you experienced a major life change? Are you accepted for who you are? 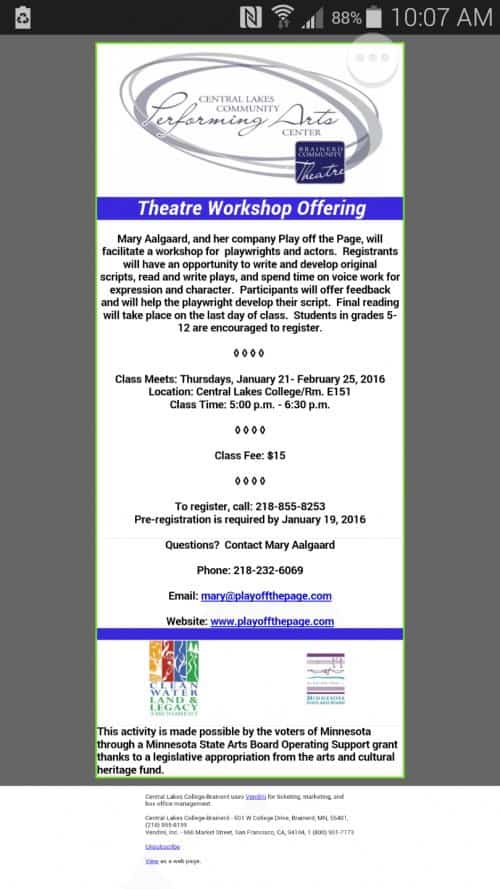