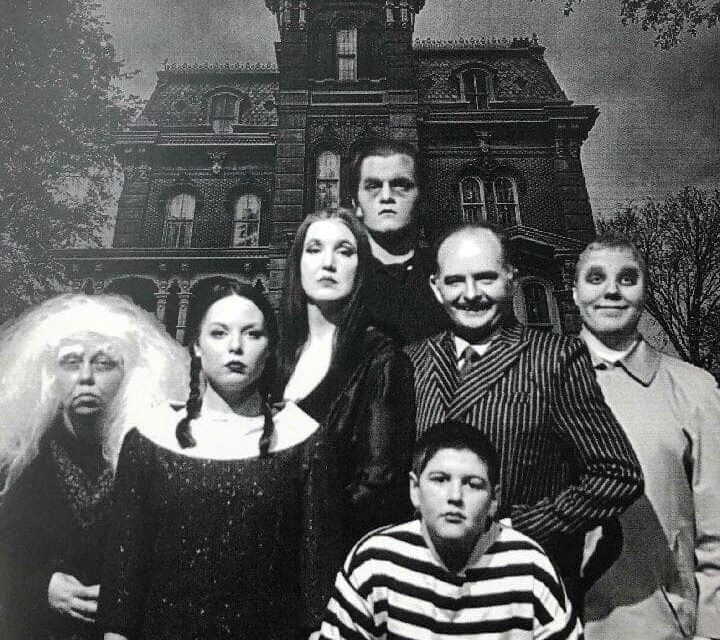 Quote of the Day: Normal is an illusion. What is normal for the spider is chaos for the fly. Charles Addams. Does anyone have a “normal” family?

I thoroughly enjoyed watching a local community theater production of The Addams Family Musical in Pequot Lakes, MN this weekend. This was Stephanie White’s directorial debut and she did a smashing job! The cast looked so good! All the actors fit their parts so well. She found a short, talented, and funny Gomez (Ben Gordon). Tall, beautiful, sexy, and self-assured Morticia (Kate Davis). Sullen and strong Wednesday (Nicole Rothleutner) who also has a fantastic voice for both singing and dialog. (That yellow blouse! I was the one giggling the most about it.) Grandma (Jen Anderson) nailed the part, hunched over like a mole, peddling her strange potions. Lurch (Sam Moreland) towered over the other actors with his own natural height and the aid of extra thick platform shoes. He even had Lurch’s low growl down. Fester (Dalton Ebnet) was a little young for the part, but did a great job portraying everyone’s favorite quirky uncle who has an unusual love interest. Thing, the hand snapping through the curtain, was Daisy Davis, and Cousin Itt was Keenen Bleichner. The Addams ancestors who lurk in the graveyard and in the corners of the house added a fun element to the show. I liked how they were sitting on chairs, leaning on walls, or peering from behind trees and other set pieces throughout each scene. 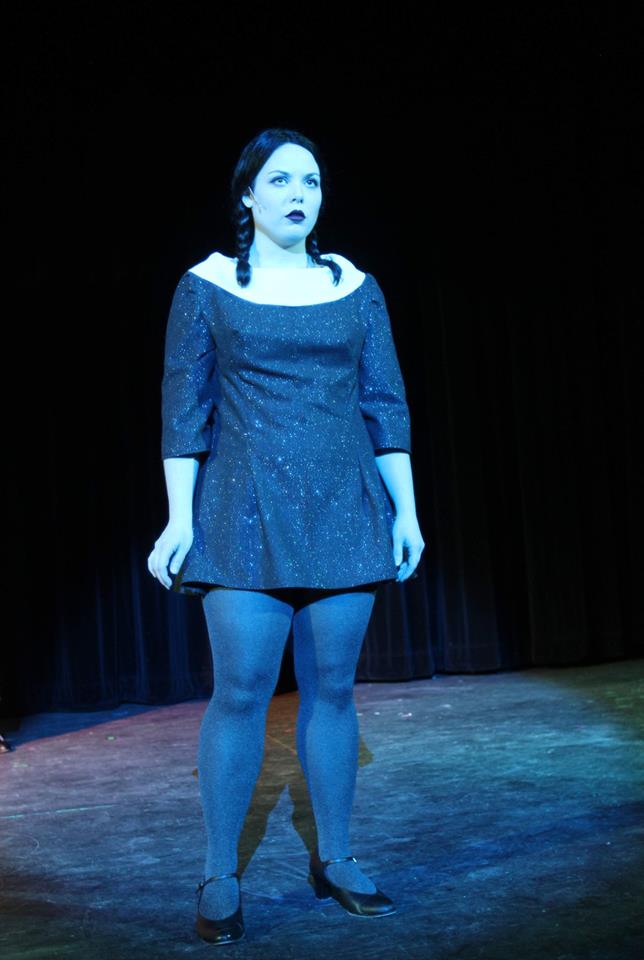 Married couple Mike and Andrea Anderson play Mal and Alice Beinke, Wednesday’s future in-laws. Alice Beinke is especially funny when she accidentally drinks a potion intended for Wednesday. She lets it all hang out and as she says in a later scene, “becomes her true self.” Their son in real life, Josh Anderson, played Puglsey. He has one of the sweetest songs in the musical, What If, which is funny and sad all rolled into one, with lyrics like “what if she never tortures me anymore.” Eddie Binda plays their stage son Lucas Beinke who is secretly engaged to Wednesday. They plan a dinner for the families to meet at the Addams’ mansion, and kookie, ookie zaniness ensues. 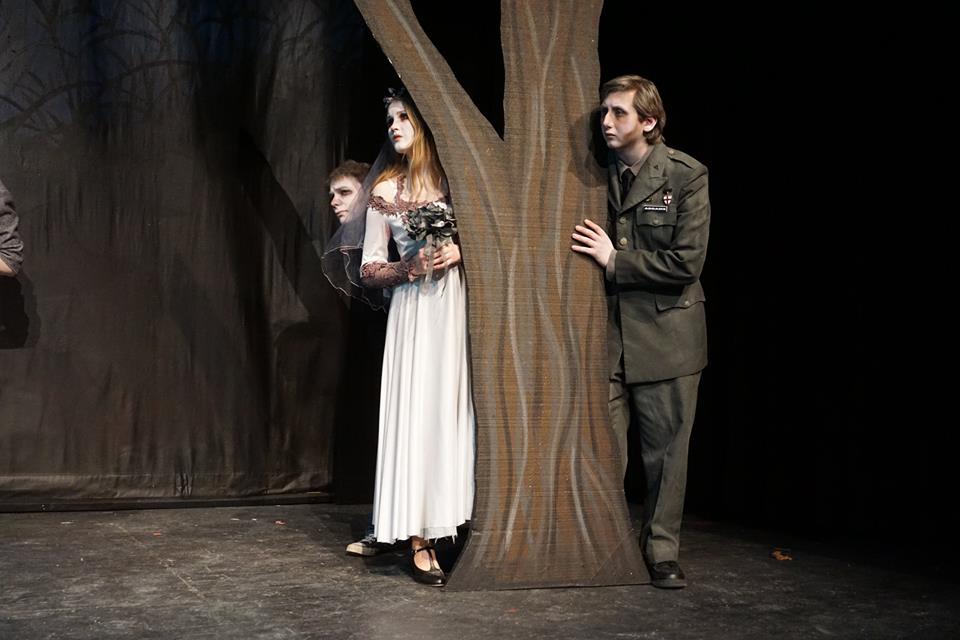 The story takes place a few years after the television series ends with Wednesday all grown up and in love. Pugsly feels abandoned by his older sister. Gomez learns of the secret engagement and has to chose between letting his daughter down by telling his wife, or feeling the wrath of Morticia. All the characters we know and love from the show are in the story, as well has fun music, and creative scenes. The set by Tim Leagjeld is stunning, with many moving parts. Did you build all those chairs? Fantastic. Plus, two sets of stairs and an extra long table for the dinner scene,which people get up and dance on during “The Game.” They also have outdoor, graveyard scenes, the torture chamber, and bedroom sets. The costumes by Sarah Jo Armstrong were excellent, all the gothic looks, the ghosty ancestors and the contrast with the “normal” Beinke’s. And, really, the yellow blouse still makes me chuckle.

A show like this is dependent on a good sound/light design, Tech direction by Mike Macy. C.J. Anderson was in charge of the remote control car for Thing. They used a live orchestra (thank you very much) led by Lisa Sater, which enhances the performance experience. I sat up to the (audience) right, far from the pit. The music was at a good volume when they were singing, but seemed a little quiet during the dance numbers, but that could have been due to the distance I sat from the stage/pit. The choreography, by Michelle Gonzalez, was excellent. All the actors did a fantastic job.

If you’re in the Pequot Lakes area, go to The Addams Family musical, playing through March 3, 2019! Get your tickets early. This one is likely to sell out. I’d see it again. For tickets and show times, visit the GLAPA website, or call 218-568-9200.

Journaling Prompt: What are some quirky things about your family?