Review of The Skin of Our Teeth by Girl Friday

Quote of the Day: …now, more than ever, we can appreciate [Wilder’s] legacy, his questioning mind and his belief that hope is the most necessary of civic virtues. Paula Vogel, American Playwright (found in the playbill for The Skin of Our Teeth, playing at Park Square Theatre through March 3, 2019) 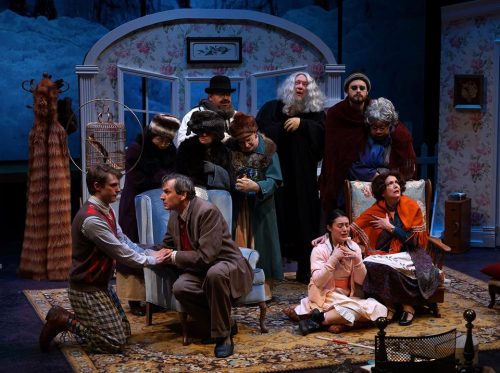 Cast of The Skin of Our Teeth. Photo by Richard Fleischman

This is not a show for people who like quick, easy, and concrete plays. The Skin of Our Teeth by Thornton Wilder is a social satire set throughout the ages, played out by the Antrobus family, from the coming of the Ice Age, complete with a Woolly Mammoth and pet Dinosaur as characters, to New Jersey sometime in the mid-20th Century, to the not so distant future. It’s filled with wacky characters with dark subtext. It’s a play within a play where characters stop, break the action, and talk to the audience, or each other. The frustrated director comes out and encourages the proper lines to be delivered, despite the actor’s reluctance to “make anyone feel bad.” “Ushers” bring up chairs to be burned. It’s all a little goofy, but the underlying themes are there, making us think.

I read this play in college and didn’t remember much beyond the varying time periods and commentary on war. After the play, I reread the script. (Well, the next day, the play is quite long and I had miles to go before I slept.) Wilder wrote this play while World War II was raging. It was first produced in 1942 and won the Pulitzer Prize in May, 1943.  The cyclical storytelling shows how humanity is stuck in a loop, condemned to repeat the same catastrophes through the centuries.

Presenting this play is a huge undertaking. Girl Friday Theater Company is up to the task. They perform one major play every other year, starting in 2004. They have partnered with Park Square Theatre in St. Paul since 2017.  Difficult plays like The Skin of Our Teeth in the capable hands of Girl Friday productions, director Joel Sass, and an exceptional cast and crew, create moments of theatrical intrigue.

You can see The Skin of Our Teeth at Park Square Theatre through March 3, 2019. It’s almost three hours long with two intermissions. You might want to try  their theme drink “Polar Vortex,” a caffeinated beverage, or perhaps a snack. Seats are filling fast, especially the matinees, which I would recommend if you’re someone who doesn’t like to stay out too late, or have a long drive home after the show!

Journaling Prompt: Do you like satire? What’s the oddest thing you watched or read?

A little more about the production from their press release:

St. Paul, MN, Jan. 8, 2019 – A surprisingly modern and optimistic tribute to the invincibility of the human spirit, Thornton Wilder’s THE SKIN OF OUR TEETH, produced by Girl Friday Productions and directed by Joel Sass, opens February 9, 2019 on the proscenium stage at Park Square Theatre. Girl Friday Productions brings its signature large ensemble cast to this comedy of epic proportions.

“All I ask is the chance to build new worlds…” – Mr. Antrobus in THE SKIN OF OUR TEETH.

Winner of the 1943 Pulitzer Prize for Drama, THE SKIN OF OUR TEETH juxtaposes everyday life with the historical and mythological past to create a wonderfully odd world. The play follows the adventures of an eternal American family residing in prehistoric and contemporary New Jersey who prevail over a series of apocryphal catastrophes. The ice age, the great flood, world war, family strife, political conventions… the Antrobus family, their maid Sabina, and a host of other characters survive through eons of calamity with their hope intact. Continually facing the end of days, humanity perseveres. This 75-year old comedy about resilience and hope feels fresh and profoundly relevant for today.

Girl Friday Productions is offering a rare opportunity for Twin Cities’ audiences: the last local professional production of THE SKIN OF OUR TEETH was their own. “When Girl Friday first explored this work in 2009, our country was in the depth of economic crisis,” says Girl Friday Productions Artistic Director Kirby Bennett. “Ten years later, we find ourselves at a time of moral peril, facing different yet familiar world calamities: conflicts at home and abroad, a refugee crisis, climate change, a loss of faith in our leaders, a loss of hope. THE SKIN OF OUR TEETH explores all this and more, in ways that are at once unexpected, hilarious and moving. And where else will you see a dinosaur and mammoth onstage?”

Acclaimed Twin Cities’ theatre artist Joel Sass is both directing and creating the scenic design for THE SKIN OF OUR TEETH. A longtime collaborator and advisor to Girl Friday Productions, Sass previously designed sets for Girl Friday Productions’ OUR TOWN and STREET SCENE. His work has been seen regionally and nationally at the Guthrie Theater, Jungle Theater, Park Square Theatre, History Theatre, Open Eye, Oregon Shakespeare Festival and Arizona Theatre Company, among many others. A prolific director, designer and adaptor, and winner of multiple local and national awards, Sass is among the most lauded theatre artists in the region.

“So many people read the play for the first time and cannot believe it was written in 1942,” comments Sass. “THE SKIN OF OUR TEETH still feels utterly fresh, edgy, funny and topical—and if it were written this year it would still be worthy of its Pulitzer Prize. A particular joy of working on this production will be the double opportunity to collaborate with a handful of people I’ve known and grown with for nearly two decades—and another group of amazing talents I have admired around town but not yet worked with. Together we will tackle this ‘mammoth’ of a script and bring its humor, political critique and optimism to a new audience.”

THE SKIN OF OUR TEETH is made possible by the voters of Minnesota through a grant from the Metropolitan Regional Arts Council, thanks to a legislative appropriation from the arts and cultural heritage fund; and by the Saint Paul Cultural STAR Program. THE SKIN OF OUR TEETH is being produced by Girl Friday Productions as part of Park Square’s “Theatres in Residence” Series. 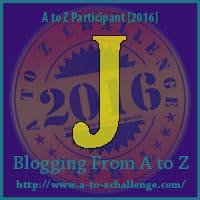 Winner of Tickets for Snowflake at CTC in Minneapolis

Review of Lilies of the Field at Open Window Theatre