Review of Once at Theater Latte’ Da

Quote of the Day: Anything I have ever written, dark or light, has been about characters finding a voice, or finding clarity in their lives. It’s a very tiny, delicate thing but it can become a powerful theme in the theater – it speaks loudly in those places. Enda Walsh, on writing the stage adaptation of the musical Once. The movie, written and directed by John Carney, was a box office hit in 2007. The song “Falling Slowly” won the Academy Award. Music and Lyrics are by Glen Hansgard and Markéta Irglová. I liked the movie, and I loved the music so much that I bought the soundtrack. So, when I saw that Theater Latté Da was doing the musical this Fall, I put it on my must-see list.

Ben Bakken as Guy and Britta Ollmann as Girl in Once at Theater Latte’ Da in Minneapolis, MN. Photo by Dan Norman

It’s a simple story, Guy meets Girl on the streets of Dublin and they make beautiful music together. Once, in that moment in time. As life ebbs and flows like the tide, so do our relationships. If you can experience something, Once, that is beautiful and meaningful and fills you completely, you are one of the lucky ones. 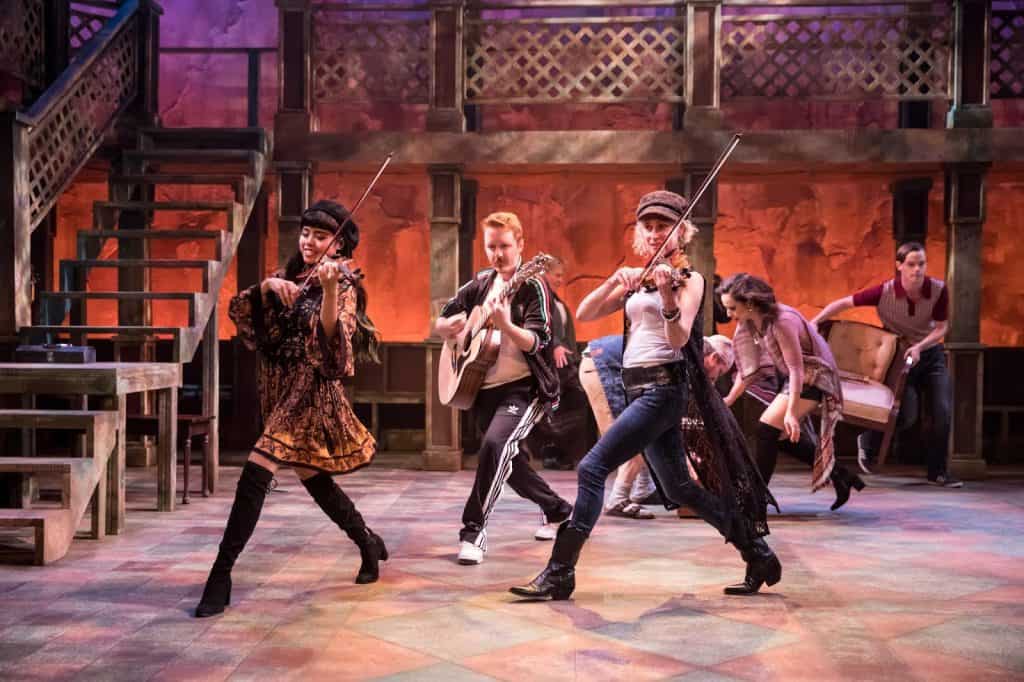 Ensemble of Once at Theater Latte’ Da. Photo by Dan Norman

The moment you enter the theater, you are welcomed into the story. The cast members play Irish music as you are finding your seats. As it gets closer to curtain, the singing and intention become more focused and you can feel yourself being pulled along, entering the harbor on Ireland’s shore. This, you think to yourself, must be what it’s like to stay after hours at an Irish pub when the locals bring out their violins, guitars, mandolins, yes, and even the accordion and start singing and dancing. I’ve heard it said that the strings are the closest instruments to the human voice. Is that why it reaches in and touches us so deeply? And, that Irish music, haunting, beautiful, sad, wistful, and sets your toe tapping. Why does it feel like the call of home?

I don’t know why this story appeals to me so much. It doesn’t have your nice and tidy “happily every after” ending. It’s so much more realistic than romantic. And, yet, you fall in love with the characters. You understand that life isn’t always what you imagined it to be, and that you’ll meet people along the way who understand the same heartache.

Ben Bakken is delightful as Guy. His voice gives emotion to those haunting Irish melodies. He is convincing as the “broken hearted Hoover fixer sucker guy,” and you find yourself quickly rooting for him. Britta Ollmann is everything that the Girl needs to be – a strong, determined, serious Czech woman with a gorgeous voice, excellent piano skills, and a compassionate heart.

The entire ensemble for this show is a brilliant, talented cast. They all are musicians and actors. They play the music live on stage, in character, and seamlessly transition between song and dialogue, move set pieces for scene changes, and make it all seem perfectly natural. The premise for the story is that they come together to make music. They even have a recording session, complete with creative differences and disputes.

During the post-play discussion one of the audience members practically begged for a cast recording of the show. Dan Piering (Emcee/cello/bass/guitar player) said, “You can buy the movie soundtrack or the Broadway cast recording.” The audience member said, “I want a recording of you.” Me, too. They were all so wonderful. What I’d really like is to bottle that experience and open it up on quiet evenings when I’m alone, and let it all wash over me again.

A Guy and a Girl meet on the streets of Dublin, and they make beautiful music together, Once, and the experience lasts for always.

You can see Once on stage at Theater Latte’ Da in Minneapolis, MN through October 21, 2018. Don’t dawdle on getting your tickets. This one will sell out fast.

Journaling Prompt: Describe a time when you were transported to some other time or place by listening to music, or attending a concert or performance.

M is for Musicals 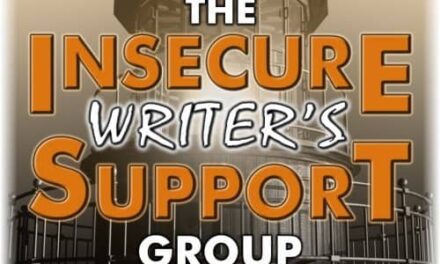