Review of Something Rotten on tour at the Orpheum in Minneapolis 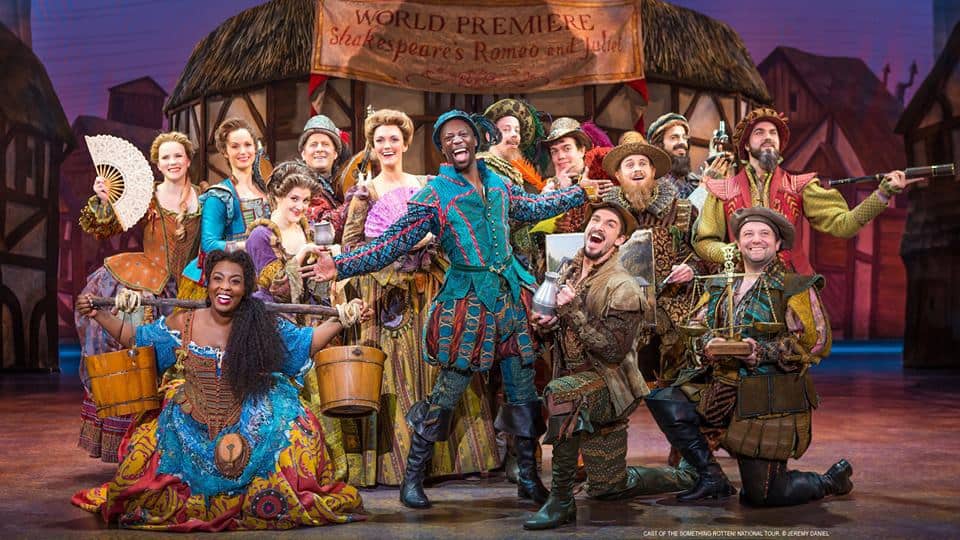 Quote of the Day: God, I hate Shakespeare. One of the funniest songs in the very new musical Something Rotten by the Kirkpatrick brothers about the Bottom brothers who are trying to come up with their own theatrical hit. Could it be the birth of the Musical? (watch the trailer)

Something Rotten is a musical about writing a musical, poking fun at itself and it predecessors, and of course, the Bard, Will Shakespeare. (I’m still giggling.) The story is clever. The Bottom brothers are trying to write the next theatrical hit, but all the while they’re overshadowed by the “over-rated” (says Nick Bottom) Shakespeare. You will hear references throughout the show to Broadway shows and quotes from Shakespeare plays. In one brilliant number, “To Thine Own Self,” Polonius’ classic father speech is put to music. (I immediately downloaded the Broadway cast recording on my music account.) If you’re a fan of the Renaissance style (at least how its portrayed at festivals), love musical theater, and have a love/hate relationship with Shakespeare, this musical is for you. Also, if you enjoy great entertainment and an evening of laughs, high kicks, and great energy, go to this show!

Media night for this Broadway touring production at the Orpheum in Minneapolis, MN was Tuesday, April 3, 2018. The weather was nasty, blowing and drifting snow, frigid temps, and slippery roads. Not ideal conditions to drive to the city, but my companion and I are stubborn, and we love musical theater, so we went. The leads for the show, however, did not make the performance. The role of Nick Bottom (normally played by Rob McClure) was played by Scott Cote, and he was delightful. The role of Shakespeare (normally played by Adam Pascal) was played by Daniel Beeman, and he was fantastic. I know some people were attending the show to see the leads. They have great reputations and a huge following. I thought the Understudies were wonderful. I didn’t sense any difference in the quality of the performance. In fact, they probably brought a freshness and energy to the roles that they had the chance to play. The house was alive for this performance. So much laughter, applause and other reactions to scenes and numbers, and a standing ovation in the end. I’m so glad we made it to this show!

Cast of Something Rotten, National Tour, photo by Jeremy Daniel

Something Rotten will be playing at the Orpheum in Minneapolis, MN through April 8, 2018. The national tour runs through May 20, 2018. Check for location and tickets near you at their website Rotten Broadway.

An Outing to watch Inside Out 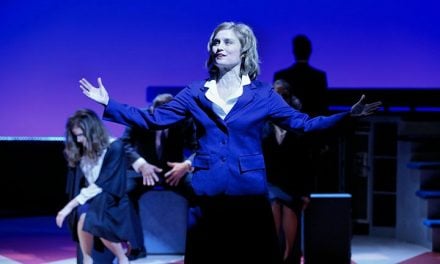 Review of Stewardess! at the History Theatre in St. Paul, MN