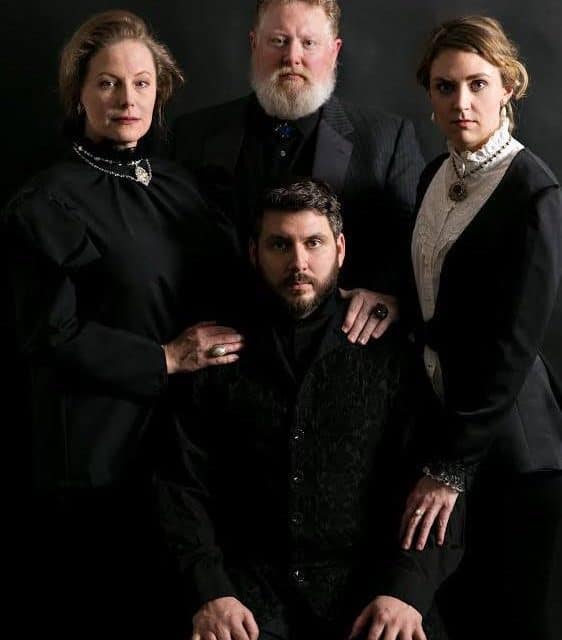 Quote of the Day: There are more things in heaven and earth, Horatio, than are dreamt of in your philosophy. Hamlet to Horatio in William Shakespeare’s Hamlet. This play has so many great quotes:

The Queen doth protest too much.
There is something rotten in the state of Denmark
And, above all else, to thine own self be true.
Get thee to a nunnery!
Madness in great ones, must not unwatched go.
Too Be, or not to be…whether ’tis nobler in the mind to suffer. The slings and arrows of outrageous fortune, or to take arms against a sea of troubles.

Oh, and to hear that melodious language echo through the halls of the historic James J. Hill mansion was thrilling. The performances by the actors of the Wayward Theatre Company were chilling. We watched scenes play out in the foyer, the music room, and an exceptionally creepy scene in the basement. It was immersive theater at its finest. You can’t help but get drawn into the story and feel the emotions of the actors. We’re so close to them that we can see every facial tick and raised eyebrow. We chose well when we moved into the music room for the scene with the play within a play. The king and queen were on the balcony of the second floor overlooking the scene. We were at the far end, right next to the players, so we could look up and see the reactions of the king and queen, and Horatio’s face, as well as Hamlet and the rest of the cast in that scene. We were all a little freaked out by the scene in the basement where Ophelia has lost her mind. 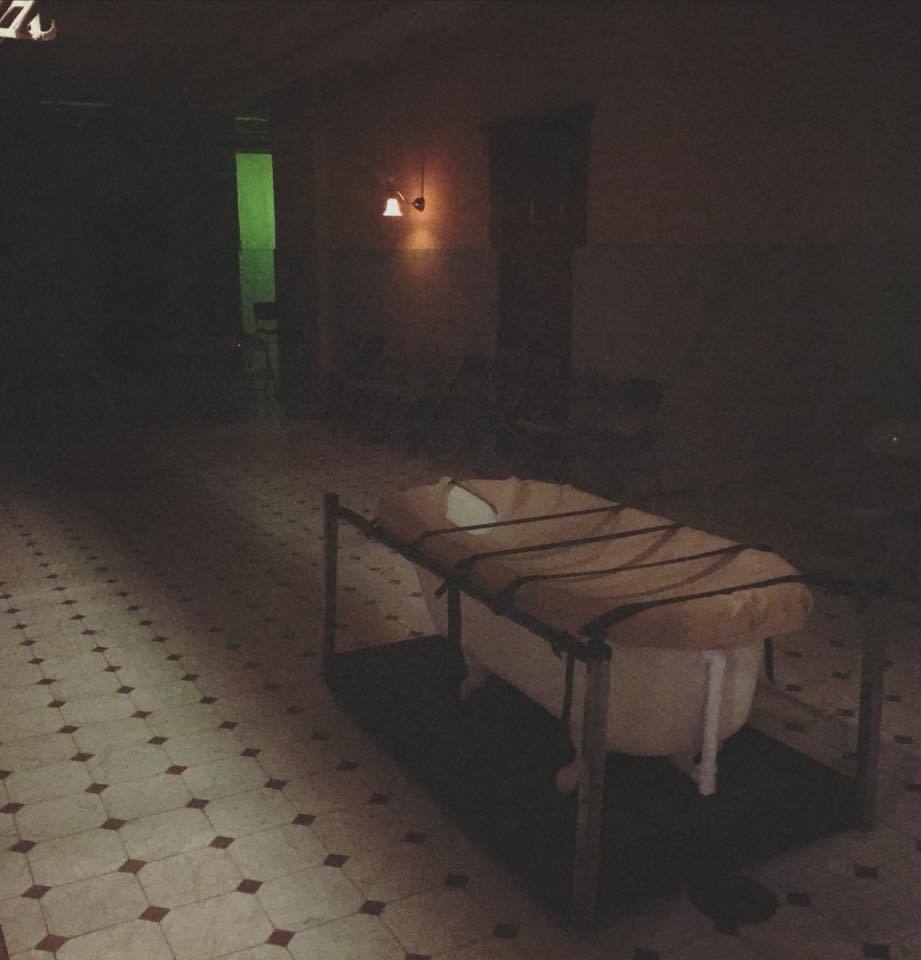 The Wayward Theatre Company performs at various locations. The historic James J. Hill House, which likely holds its own ghost stories, is an ideal setting for Hamlet, turning the old mansion into Elsinore Castle. The ghost passed through the staircases and on the upper level. This is a play about deception, insanity, loyalty, and power.

Tim McVean, one of the founders of Wayward, plays an excellent Hamlet, conflicted about his mother’s actions, what he should do, using any means he can to find out the truth and avenge his father’s death.

Hannah Steblay gave us a powerful, and disturbing, portrayal of Ophelia.

Tina Fredrickson was excellent as Queen Gertrude. She told the story by the way she held her head, her voice, a subtle look in her eye, especially during the scene where the players act out the murder of her husband, Hamlet’s father. She was so good. 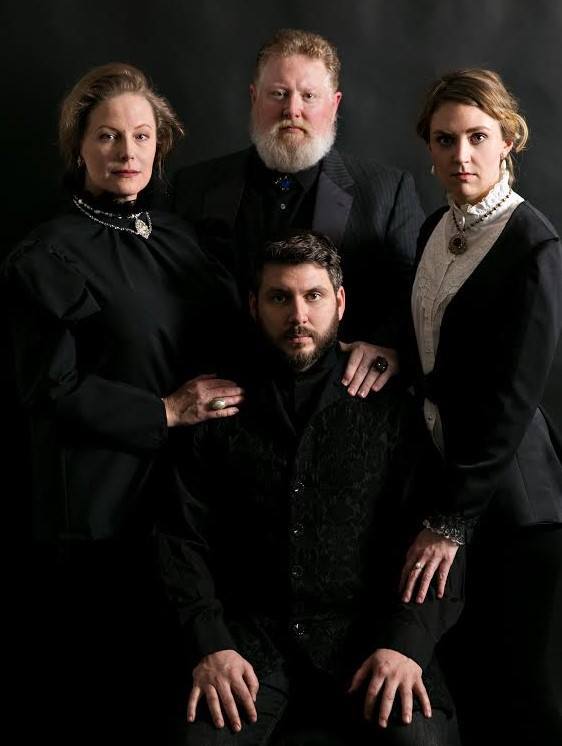 Hamlet, presented by the Wayward Theatre Company at the James J. Hill House. Tim McVean as Hamlet, Tina Frederickson as Queen Gertrude, Tim Perfect as Claudius, and Hannah Steblay as Ophelia. Photo by Lauren B Photography

It’s one of Shakespeare’s tragedies, so the stage (or music room) is filled with corpses by the end. It was creepy, fun, immersive, and a great way to experience Shakespeare. I brought three of my boys, ages 17 & 24. They said they liked it, but felt a little uncomfortable at times, and it did go a bit long, about three and a half hours. But, you do move around to watch the play which makes the time go quicker, and the acting and staging were fascinating.

The Wayward Theatre Company is presenting Hamlet at the James J. Hill House through March 31, 2018. Most of the performances are sold out. However, they encourage you to contact them in case of cancellations or additional performances. They post updates on their Facebook page. You can also tour the Hill House during their regular hours.

Journaling Prompt: Would you spend the night in an old mansion, or castle, that is reported to be haunted?