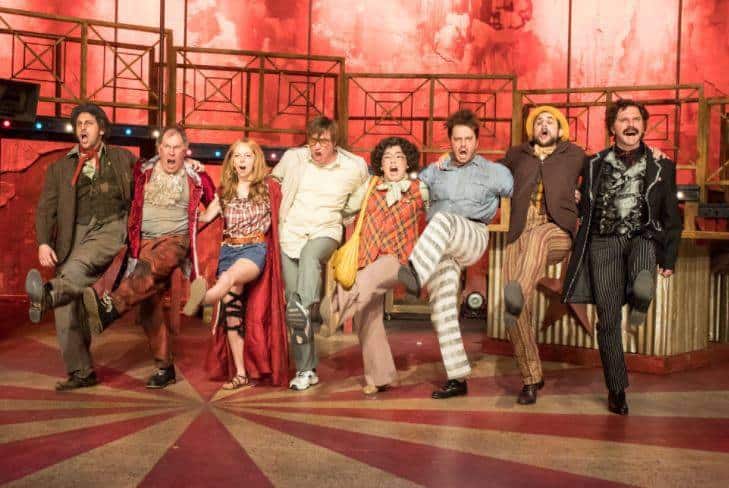 Quote of the Day: Composer Stephen Sondheim and book-writer John Weidman have crafted a complex piece of musical theater that defies convention – presenting us with glimpses into the lives of presidential assassins and would-be assassins in a revue-like structure that challenges our assumptions about what makes America a great nation. The show asks us to look at our violent history , at our obsession with fame, and the prevalence of guns in American Culture. Peter Rothstein in his “Letter from the Director” notes on his current production of Assassins at Theater Latte’ Da.

The set (designed by Eli Sherlock, and lighting by Marcus Dillard) is a carnival, complete with ring toss, pop the balloons and sandbagging images of presidents. The audience is invited to arrive early and come up on stage to play the carnival games and interact with the cast. I brought three of my boys, ages 17 & 24, and they had fun. One of them even won a free drink! I can’t hit the broadside of a barn, so I got the suckers. We scored tickets for an add-on show of this production, on March 13, and it seemed like many people in the audience, who were playing the games with us, were friends of the cast.

It’s all fun and festive until the shooting starts. 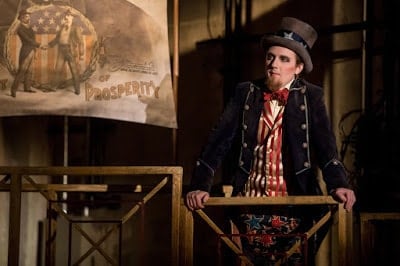 Matt Riehle as The Proprieter in Assassins at Theater Latte’ Da, through March 18, 2018. Photo by Dan Norman

When we were all back in our seats, and the lights went down, the show began with the Proprietor (Matt Riehle) singing about “Everybody’s Got the Right.” To certain freedoms. The pursuit of happiness. To bare arms. To have an opinion. To live a prosperous life. But, what happens to the psyche when those things aren’t realized, or we don’t feel heard? 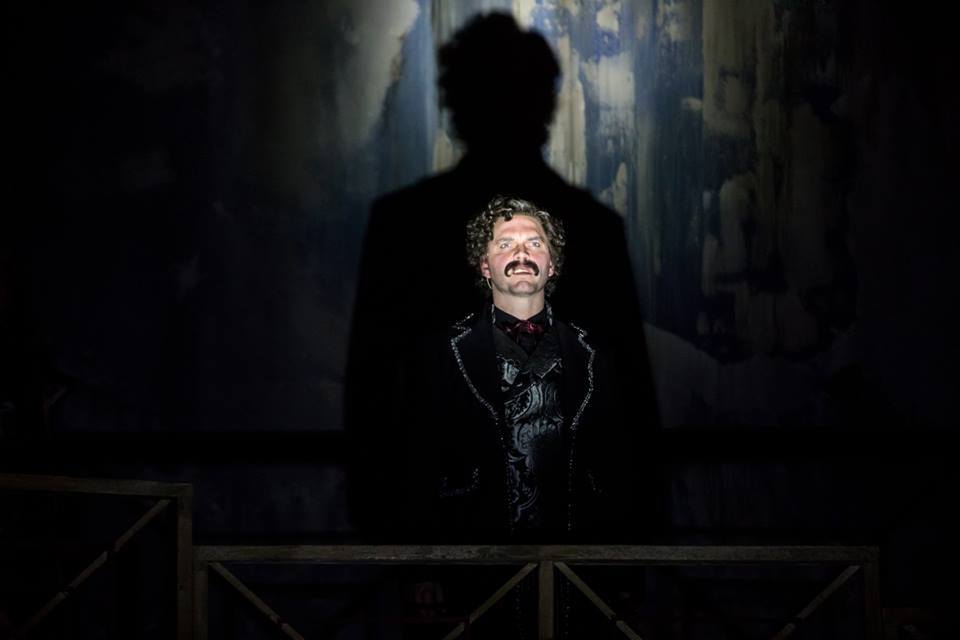 John Wilkes Booth (Dieter Bierbrauer) is the first to publicly display his unhappiness with America and her leader. He was the first to use a gun to bring his name from obscurity to infamy. In a dark musical where violence begets violence, we are brought into the minds of the killers and left with a chilling feeling.

Assassins is an intense 100 minutes with no intermission. The show is so well cast, acted, and directed that you can’t imagine anyone else in these roles. With the help of the costumer, wig and make-up artists (Alice Frerickson, Paul Bigot) these actors become replicas of the criminals they portray. And, they somehow create a sympathy for them that surprised me. When John Hinkley (Evan Tyler Wilson) sings his creepy love song to his obsession, Jodie Foster, I actually felt sad. He is joined in this ballad by Lynette “Squeaky” Fromme (Shinah Brashears) who is infatuated with Charles Manson. Now, there’s a love song that will give you nightmares! 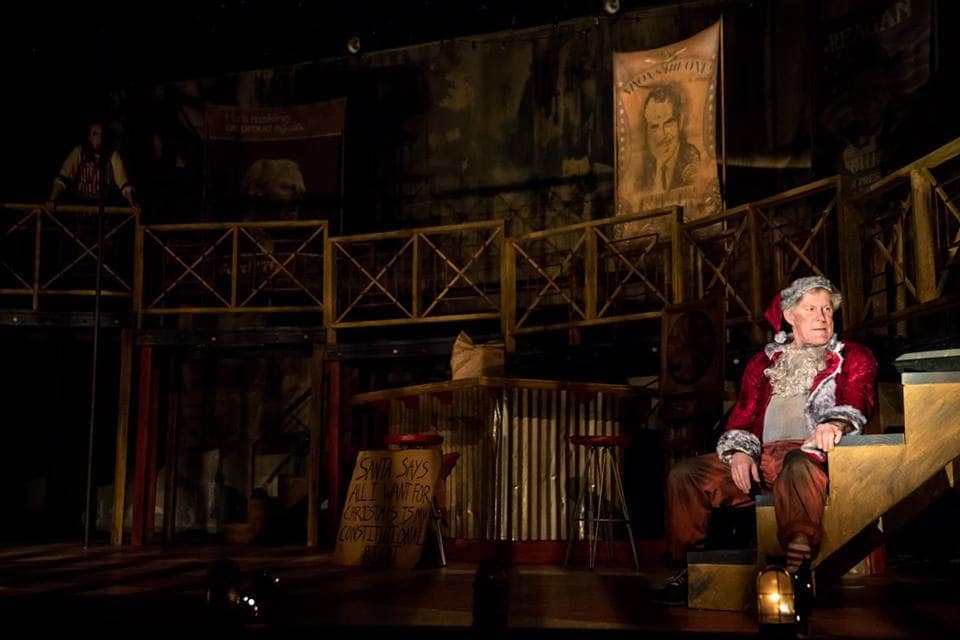 One of our “favorite” characters/actors was James Detmar as Samuel Byck. He wore a filthy Santa Suit, so we referred to him later, over snacks at a nearby restaurant, as “Bad Santa.” My boys are academic, but none of us remembered reading, or hearing, about crazy Sam Byck who sent recordings to famous people like Leonard Bernstein detailing his distaste for, and demise of, President Richard Nixon. His attempts to hijack a 747 and crash it into the White House, in hopes of killing the President, were foiled. 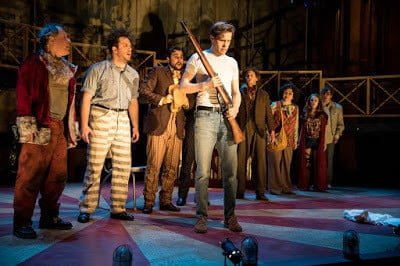 Tyler Michaels as Balladeer/Lee Harvey Oswald and cast in Assassins at Theater Latte’ Da, through March 18, 2018. Photo by Dan Norman

I won’t write about each of the assassins. Although, I’d like to highlight each of the talented actors who portrayed them. This is not a musical for the feint of heart. There are numerous gunshots throughout the production, simulated, but still jolting, and other dark images. If you’re sensitive to gun violence and recent tragic events, you might want to consider that before attending. We learned a little more about history while watching the show. My boys talked about this performance, and its content, more than any other one that I’ve brought them to, and they helped me remember details for this post.

Assassins runs through March 18, 2018, at Theater Latte’ Da in North Minneapolis, directed by Peter Rothstein, Musical Director Jason Hansen. Most of the shows were/are sold out. We were lucky enough to get tickets to an add-on performance. We’ll be thinking and talking about this one for some time.

And, don’t be afraid to tell difficult stories.

Journaling Prompt: How well do you know the history of the American Presidents? 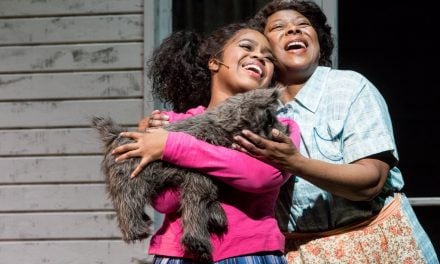