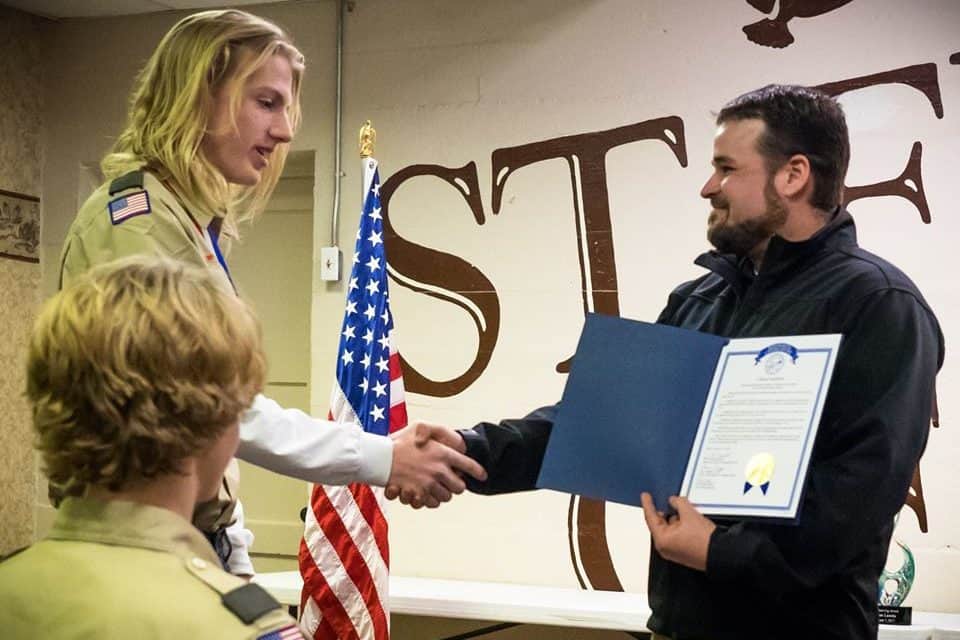 This post is part of the We Are the World Blogfest, a group of postings to highlight acts of kindness and spread positive messages across the world. 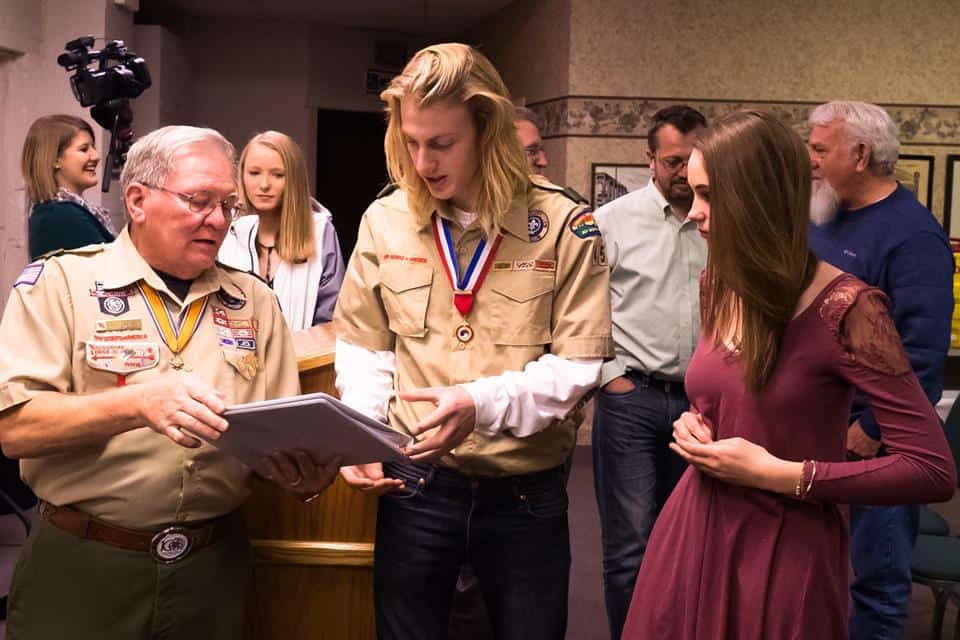 Benjamin Soukup presented with the Life Saving Medal of Honor by the Boy Scouts of America, and the survivor Caitlin Wallerus. Photos by Krista Rolfzen Soukup

Benjamin Soukup earned his Eagle status in Boy Scouts in the spring of 2018. Later that summer, he had the chance to use the life saving skills he learned from scouts to help a young woman in distress. He and a co-worker Dan Lambie were stopped at a light of a busy intersection of Maple Grove, MN. Ben noticed that the woman in the car near them was showing erratic behavior. Without evening hesitating, he and Dan got out of the truck. Dan jumped through the open window of that woman’s car. Ben stopped traffic. They got her car under control, put it in park, and realized that she was having a seizure. They stayed with her, then got out to find something to cover her so she wouldn’t go into shock. They also called 9-1-1. Rescue personnel said that Ben’s and Dan’s quick actions saved this young woman from getting into a serious car crash which could have resulted in injury or even death. The young woman’s name is Caitlin Wallerus. She and her parents came to Brainerd to meet Ben and to present him with the Life Saving Medal of Honor. Thank you, Ben, for your bravery and selfless act. 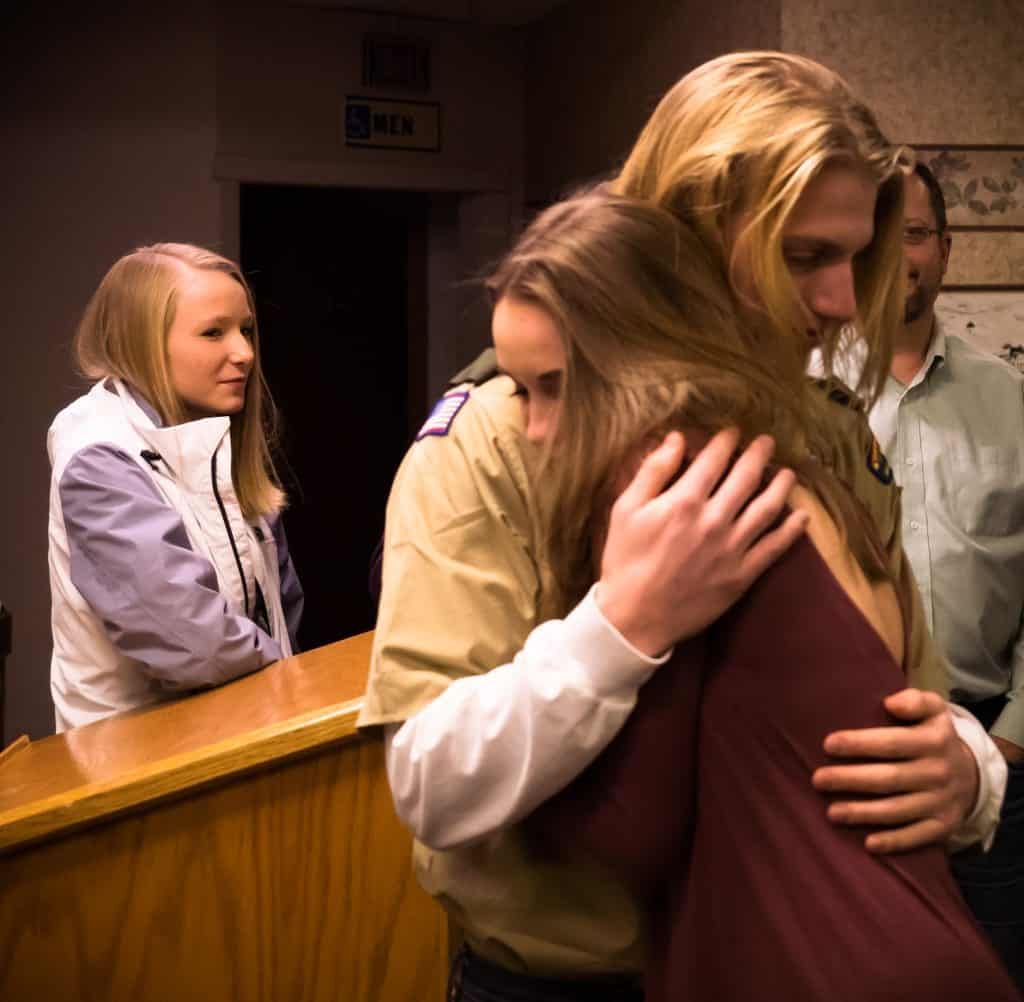 Caitlin Wallerus meeting Benjamin Soukup one of the young men who stepped up to help her when she was having a medical emergency at a busy city intersection.

A link to the article in the Brainerd Dispatch. (quoted below)

In her victim statement, Wallerus said, “I don’t remember much from the day of the accident, but I do know this: It takes a lot of courage, love, and kindness to risk your life to save someone else. Both Dan and Ben got out of their car to help me in my car while I was unconscious. I am eternally grateful for these two men. I wish I could meet them and thank them.”

Journaling Prompt: Have you ever had the opportunity to help someone is distress? Do you know any Eagle Scouts?

Drawn to the Word in Brainerd, MN

Gifts of the Season