Review of Watch on the Rhine at the Guthrie Theater in Minneapolis, MN 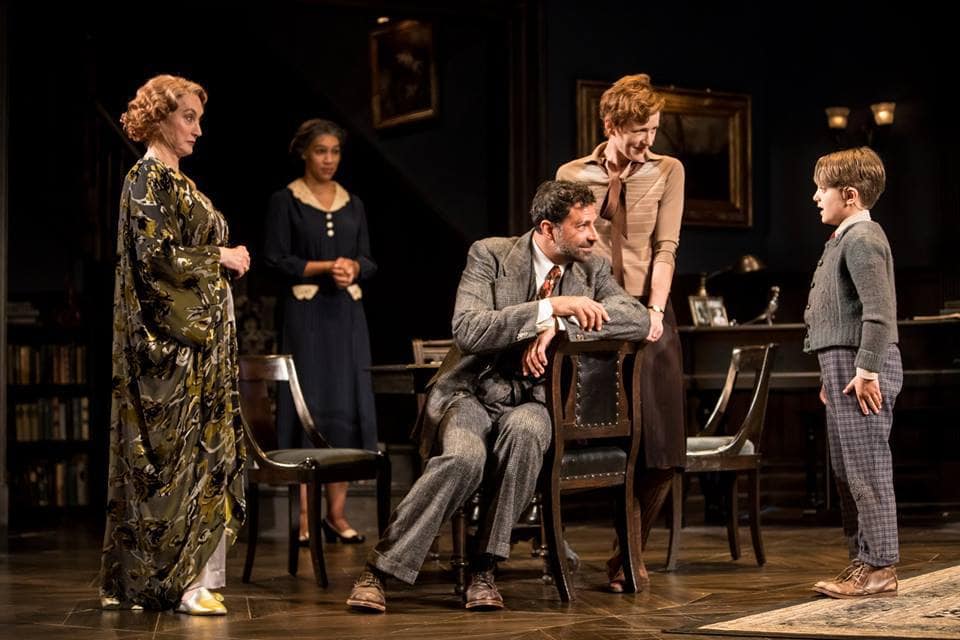 Quote of the Day: I cannot and will not cut my conscience to fit this year’s fashions. Lillian Hellman speaking in front of the House Committee on Un-American Activities in 1947. Hellman was bold, opinionated, and seemingly unafraid of challenging beliefs, and willing to take action to raise the social conscience. She wrote Watch on the Rhine in 1940, as the United States was still trying to stay out of the war in Europe. The entire play has a strong voice, each character complex and searching, and most of all, they show us what it means to fight for a cause. Watch on the Rhine gives us a chance to see through the lens of an activist. 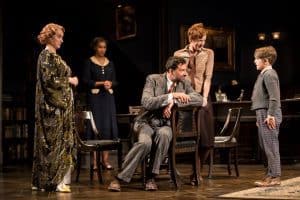 Watch on the Rhine is at first a political thriller. You have immigrants with opposing beliefs under the same roof, taking refuge with the Farrelly family just outside of Washington, D.C. It is also a story of family dynamics. Those immigrants are housed within a family that has its own complex relationships. The mother, Fanny (played brilliantly by Caitlin O’Connell) is a domineering matriarch, but not without a softer side. Her son David (Hugh Kennedy, loved seeing him again on stage at the Guthrie) lives with her, but needs to find his own voice. Her daughter Sara (Sarah Agnew) has been living in Europe for the past two decades (1920-1940) with her German husband, Kurt (Elijah Alexander) and their three children. The other guests, Teck (Jonathan Walker) and Marthe de Brancovis (Kate Guentzel), bring their own tensions to the situation. James Detmar plays the buttler Joseph, and Leontyne Mbele-Mbong plays Anise who works for Fanny, and is also her friend, add some levity to the play, which is full of humorous lines. The children do a wonderful job adding to the scenes. Silas Sellnow did a great job playing the oldest son Joshua. Babbette was sweet, and young Bodo is the first to worm his way into his grandmother Fanny’s heart. 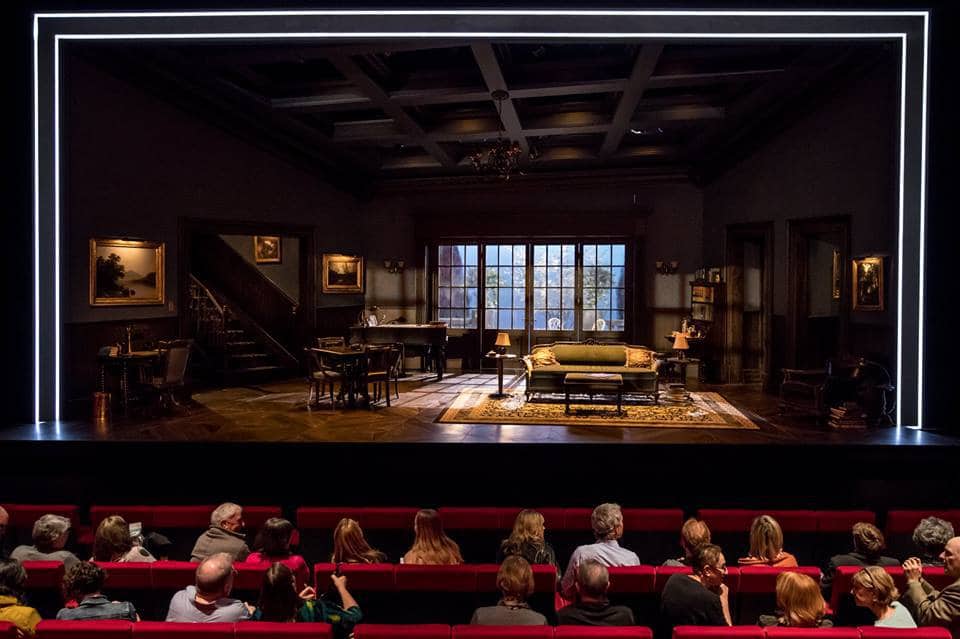 This is a great shot of the full set. It has a personality of its own. It looks like a frame of the living room of the Farrelly’s home near Washington, D.C. When we first walked in, my companions commented on how lovely the set looks, so elegant and orderly, yet full of shadows. Then, as soon as the first scene plays out, you see the chaos created by the people who live here. The arrival of Sara and Kurt and their children, fleeing Europe, bring the reality of the ugliness happening across the Atlantic Ocean. 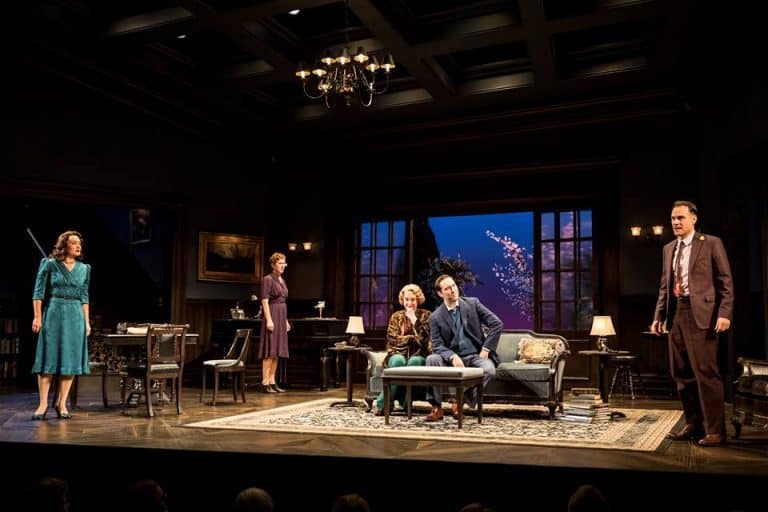 In the post-play discussion, the cast members and Dramturg Jo Holcomb explained that the characters of Sara, Kurt, and Teck were based on people that Lillian Hellman knew. She shows us through Kurt’s character what it means to work against evil, especially when it is a powerful leader. Kurt describes how he witnessed the brutality of the Nazis in the streets of his home town where 27 men were murdered, “And, I cannot stay by now and watch,” he says. You do what you need to do to carry out your mission. “Does it have to be you?” David and Fanny ask him. “Each could have his excuse” (not to do it). “It is the way I must live,” he says. Watch on the Rhine is Lillian Hellman’s call to action. This is a powerful play, and I can only imagine the controversy it stirred up in 1941. One of the actors said that it was not received well when it first appeared on Broadway, but the cast and crew believed in it so strongly, that they took pay cuts to keep it open. It makes you really think about what you believe in and what you would fight for.

You can see Watch on the Rhine at the Guthrie Theater in Minneapolis, MN through November 5, 2017. It is expertly directed by Lisa Peterson. The entire production crew create an ominous effect from lighting and set to the atmospheric music. It runs about two hours and 3o minutes, with a 15 minute intermission between Acts I & II, and a five minute stretch between Acts II & III. I was riveted to the story the whole time.

After the performance, and post-play discussion, I went down to the gift shop and bought the book, Six Plays by Lillian Hellman, and vowed to see every show by her that is produced anywhere near me. One of my companions is coming back to the show later in the run to watch it again with her husband.

Journaling Prompt: Are you a radical? An activist? What would you fight for?

E is for "Extremely Loud and Incredibly Close" 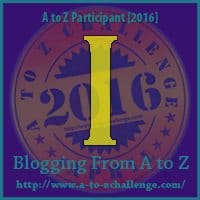