The (Almost) Totally True Story of Hansel & Gretel at CLC 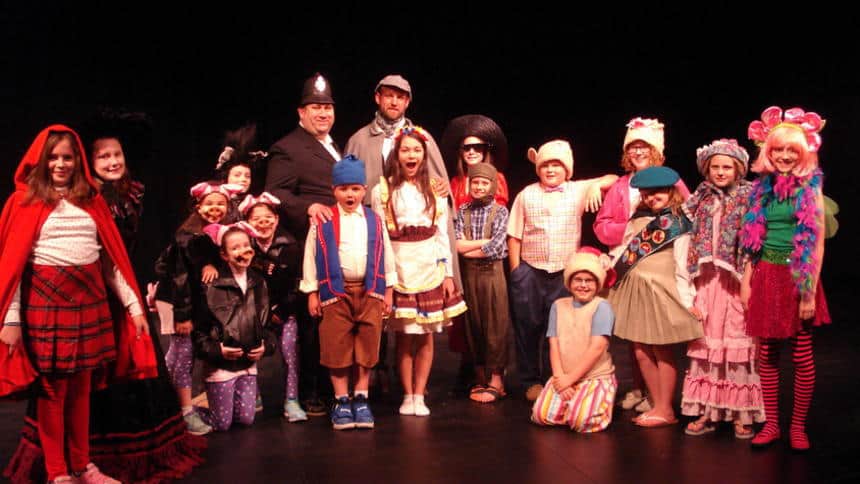 “I believe arts education in music, theater, dance, and the visual arts is one of the most creative ways we have to find the gold that is buried just beneath the surface. They (children) have an enthusiasm for life a spark of creativity, and vivid imaginations that need training – training that prepares them to become confident young men and women.”

I had the pleasure this evening of seeing a play in the Brainerd lakes area for kids with many kids cast in parts for The (Almost) Totally True Story of Hansel & Gretel, at the Central Lakes College Community Theater, directed by Laura Marsolek. The kids, and grown-ups, did a great job. They were on cue, energetic, and fun to watch. The little girl sitting next to me in the audience said, “That was a great play. I can’t wait to be in your theater classes.” Several of my students from my Play off the Page workshops, and piano lessons, were on stage. They looked like they were having so much fun.

The story is Hansel and Gretel, with a twist. They act out the version that most of us know, then give another perspective. Characters from other Fairy Tales make an appearance, put in their two cents, and in the end, with the whisk of her magic wand, the Fairy Godmother gets the truth out of everyone. It’s a fun way to spend about 75 minutes on a hot, summer day or evening.

From the article in the Brainerd Dispatch:

Scenery for the play is designed by Tim Leagjeld; Dawn Marks designed costumes; George Marsolek as technical director and designer of sound and lighting; and Shawna Sylvester is stage manager.

Registration is open for my Youth Theater Classes. Click here for more info.Call 218-855-8253 to register.

2015-2016 Season at the Children’s Theatre Company in Minneapolis