Review of The Amish Project

Quote of the Day: The J stands for Jesus. The Y stands for You. And, the O in the middle stands for Others. Put them together and you have JOY! The voice of Velda, one of the Amish girls killed in the 2006 massacre in their one room schoolhouse near Nickel Mines, PA. This horrific tragedy shook the nation, as did all the school shootings in the past several years. It’s almost like the deranged are plotting, What is the most innocent and nurturing place where the most vulnerable people live, and who will be the most precious victims? This is a hard show to watch. 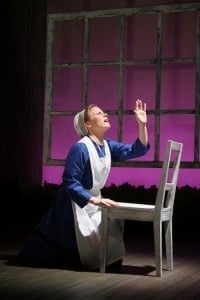 The playwright Jessica Dickey tells the story in seven different voices in a one woman performance: Velda, six year old Amish girl, her sister Anna, age 16, Carol Stuckey, the widow of the shooter, Bill North, scholar and professor of Amish culture, Sherry Local, a resident of Nickel Mines, PA, a local girl age 16 named America, and the gunman Eddie Stuckey. It’s eerie. Jessica gets into the psyche of all these characters, telling us, in the words she has imagined for them, what went on at that time, how these various characters were acting and feeling, and what happened to them. It’s one woman’s way of trying to make sense of such a horrific tragedy. Jessica is from Pennsylvania, not a local to Lancaster or Nickel Mines, but close enough to feel the aftershocks of this massacre, and to know the landscape and the folks who make that place their home. It’s like what any of us might say if something happened “in the next town over,” or “in my state,” and “in my country.”

The Amish Project is part of a series offered by the Guthrie Theater called Singular Voices/Plural Perspective. They are holding discussions after each performance, given at various times throughout the season. The four shows in this series are all written and performed by a single actor. Artistic Director at the Guthrie Theater, Joseph Haj, says, “Aaron Davidman, Jessica Dickey, Taylor Mac, and Colman Domingo…are some of today’s most important writers and performers working at the height of their creative powers.” They encourage discussion immediately following each performance, and well into your drive home, and further with your friends and family, whether they saw the show or not. It’s something that I, for one, keep thinking about and wanting to discuss so that I can make sense of horrific tragedies, man’s inhumanity towards man, and why we can’t all work together to make this a better world. 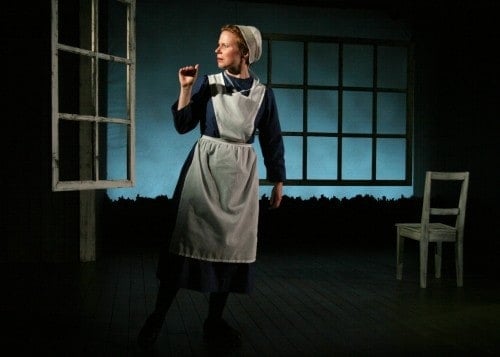 I saw this performance on a “Double Feature” Sunday, for me and my sister. We saw The Amish Project at the Guthrie Dowling Studio at 1:00 (it’s a shorter play, running 1 hour and 15 minutes with no intermission), then walked over to Izzy’s Ice Cream Shop (about a block from the Guthrie Theater), then scooted over to The Open Book to watch Dear World, performed by Ten Thousand Things Theatre. (Check back for that review.) Although these shows are quite different, they leave you wondering just how the world can heal, what’s our role in that, and what is the one word that we keep looking for that will guide us.

Journaling Prompt: Do you remember where you were when you heard about the killing of those Amish school girls? Do you remember hearing how their Amish community said that they were offering forgiveness to the shooter, and support and comfort to his widow and children? What’s your one word? 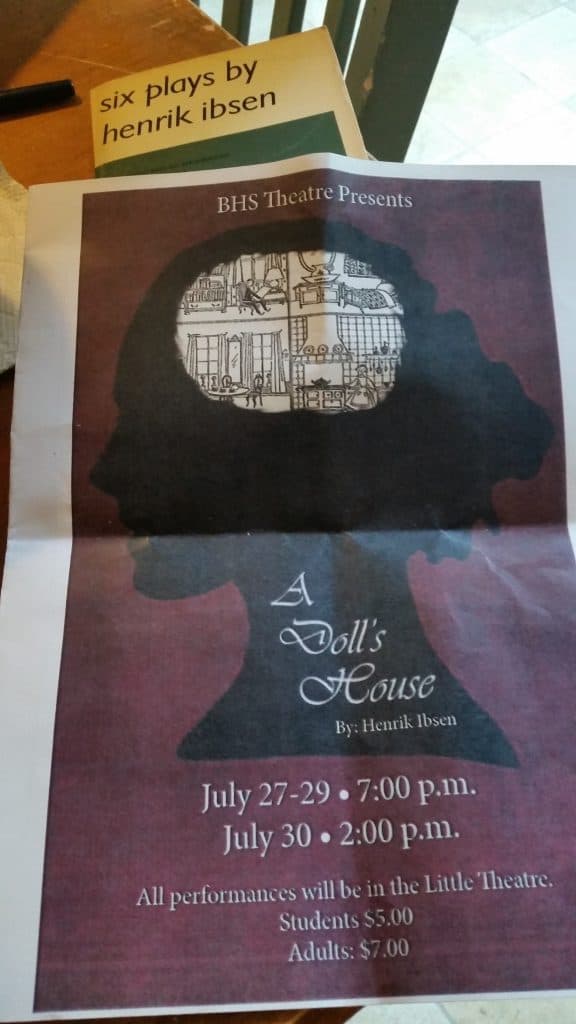