Review of Pericles at The Guthrie Theater 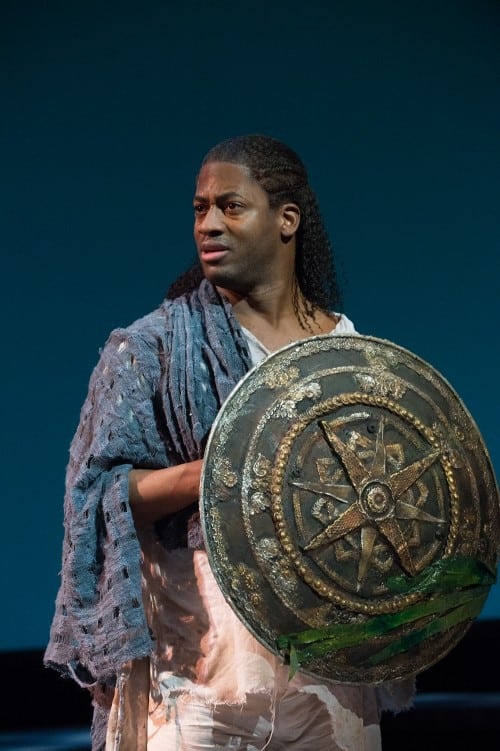 Quote of the Day: You’ve probably heard this one, If you want to hear God laugh, tell him your plans. In the play Pericles, it’s If you want to hear the gods laugh, tell them your plans. Shakespeare based his play Pericles on the person and his story in Greek mythology. Poor Pericles has big plans, find a woman, get married, have kids, rule his kingdom, and it will all be smooth sailing. But, the gods have other plans (or is it men who have 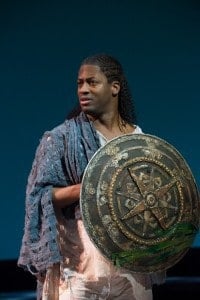 other plans?). He is chased out of his home country by a sick and corrupt king who tells him his secret (or at least his daughter who is the mother of his child does), and in doing so basically says, “I told you, now I have to kill you.” So, Pericles sets sail to find his destiny. And, as we all know, the seas are moody. They bring trials and tribulations, storm and strife, dead calm, and the winds and waves can sweep you off your course. Pericles finds himself in a foreign country, Pentapolis, where he does find the love of his life. At first, her father, the king, pretends to not be happy about their relationship, then smilingly pronounces them “Man and wife.” Pericles must return to his kingdom, or lose it, so he takes his now pregnant wife, Thaisa, and sets sail. The seas are even angrier, now. Thaisa gives birth to a baby girl, and dies (or so they think). Because of the storms, and sailor superstition, they beg Pericles to throw his “dead” wife overboard. They place her in a coffin with some jewels and spices and she floats away. Realizing that he can’t raise his daughter on his own, he leaves her with another couple. When she is of age, they plot to have her killed. When Pericles returns to that country, he sees her grave and weeps. 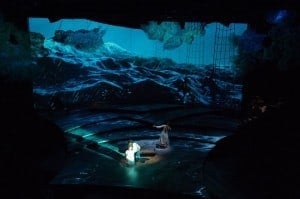 Of course, not everything is as it seems. This is one of Shakespeare’s “Romances,” which is neither comedy nor tragedy, but a blend of both, which is how our real lives tend to go. We have ambition, romance, birth, death, miscommunication, pirates (it is a sea adventure after all), corrupt rulers (they didn’t exist only ancient times, did they), smart, resourceful women, and music. Jack Herrick wrote the music for a production of Pericles that director (now artistic director of The Guthrie) Joe Haj did at PlayMakers Repertory Company in Chapel Hill, N.C. The lyrical elements of the play, Shakespeare’s language, and the use of the poet Gower beg for a musical score. What Herrick does is give us melody for the songs that are already there, in some instance. He makes music for both comic and tragic scenes, sometimes with a rolling underscore, a time filler for quick changes, and a recurring lullaby that links family through their melodic memory. The musicians also use their instruments to create tension, recreate sounds of waves, storm, mystery. Darcy Danielson who plays piano, flute, and other instruments described how well the music works with this script in a post-play discussion. She mentioned various instruments, including one called a waterphone (seems fitting for a play set on the high seas). It was lovely, haunting, mood setting, and memorable. 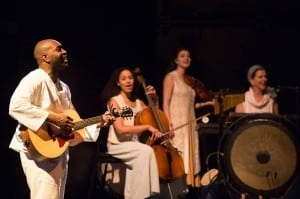 Wayne T. Carr plays Pericles with intensity and emotion. Most players in the company, from the Oregon Shakespeare Festival, play various roles. One of the actors explained, during the post-play discussion, that they are often cast as opposite characters. He might be the villain in one scene, and the comic relief in another. The person commissioned to murder Marina in one scene might be the one who finds her mother’s undead body in a coffin in a different scene. I think they all do so well playing those different parts, that I don’t think about them being played by the same actor. It was fun to see a Shakespeare play that was unknown to me (and, I even took a Shakespeare class in college!), and how Joseph Haj was able to place it on the larger Wurtele Thrust Stage at Minneapolis’ Guthrie Theater. The cast members said that they have performed this play in various venues, and it was a fun challenge to fill the Wurtele Thrust stage with all it’s emotion, visual feast, and musical nuance.

Pericles is a story of being lost, and then found again. With it’s stunning imagery and projections that, at times make you feel like you are also tossed at sea, to visuals that look like a kaleidoscope, you are swept away. It is playing at The Guthrie Theater in Minneapolis through February 21, 2016. Get your tickets now for this high seas adventure. As I said in my tweet after the show, Pericles sets sail, taking us through the lifts and swells of life’s perilous journey. 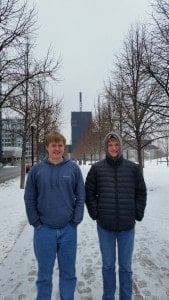 I’m sure most schools have decided whether or not they’ll bring their students to this production, but I’ll have to say, they will enjoy it. I brought my twin sons who are sophomores in high school. They said it was good. They enjoyed watching it, and they helped me retell the story to their older brother who wasn’t able to go with us. We all agreed that sometimes, due to the Shakespearean language and the (weird to us) Greek names, we were not always sure about certain things. But, with most Shakespeare plays, there is enough repetition, and recap in the end, to clear a few things up. Plus, the actors do an outstanding job of conveying the meaning, and sense of time and place, through their actions and expressions.

Journaling Prompt: What are some storms you have weathered, be it ones like the blizzard that just hit the East Coast, or life’s tragedies? Have you ever been so sure of your plans only to have fate dictate otherwise?

A to Z Reflections, and Question of the Month 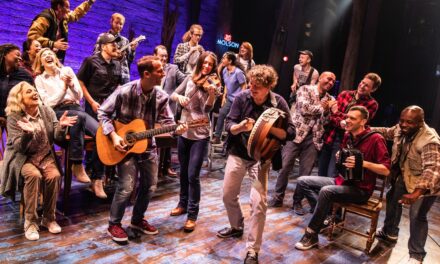