The garden is coming along. We’ve lost a few more little plants. The radishes probably weren’t getting enough water. We replaced a few cabbages and cucumber plants, and I pressed in a few pea seeds, rather randomly. Curious to see where they might pop up later this summer. I also put all the rest of the pumpkin seeds in the bales, kind of on the edges. I’m really hoping for a bumper crop of pumpkins, but I don’t know. We’re watering bales with a soaker hose wet across the top of the bales, so the middles are getting plenty of water, but the edges seem dry. I’ll post the photos I took today. 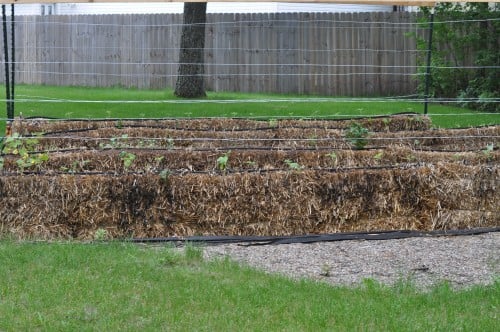 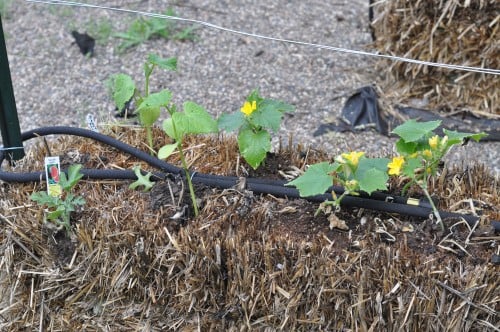 The cukes seem to be doing very well. We expect them to climb up the wire as they grow. 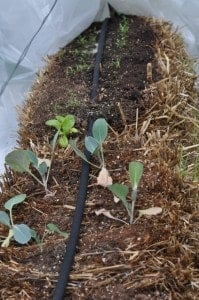 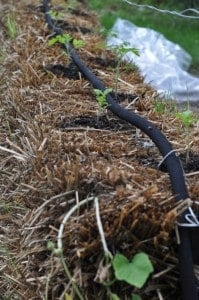 The tomatoes along the far row seem to really like it where they are. We still have a few plants that need a home in either the bales, the ground, or a friend’s house! Also, we have one container of healthy looking potato plants that need to be stuck in the ground, soon!

This is our first year, so we’re seeing what works, how much to water, and which plants seem to flourish in this environment. It’s fun to check it (almost) daily to watch the progress. I also have some flowers growing along the east wall of the house, as well as more tomatoes and pepper plants! 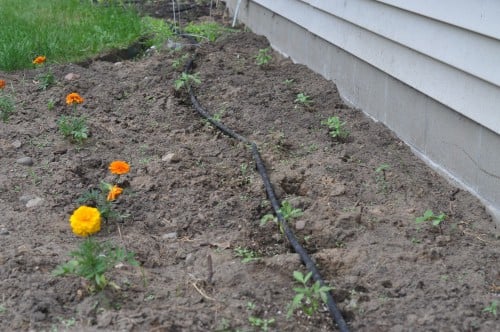 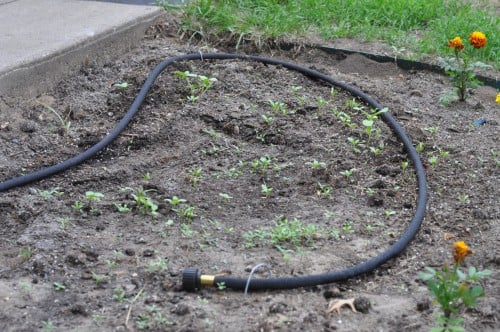 Once they’re bigger, I might be able to distinguish between the weeds and wild flowers!