Quote of the Day:  When you say Yes to a project, believe in it 100 percent. Melissa Hart, who played Mrs. Higgins, in the Guthrie Theater’s summer production of My Fair Lady. After Sunday’s matinee performance, some of the cast members came out and had a talk with us. Many people had great compliments for the show, the performance, and the cast, and they asked a few questions. Several children stayed for the talk back. A few who probably have great expectations of having careers in the performing arts asked the members how they got into this show, when they got started in the performing arts, and other inquiries from set and costume design to how the actors interpret their parts. I was impressed with how much the actors raved about working at The Guthrie. Some of them have worked all over the U.S and overseas (“our” Eliza is from England), and they said that The Guthrie is “generous” with its space and very welcoming, and that it is a stop you want to have on your career path. 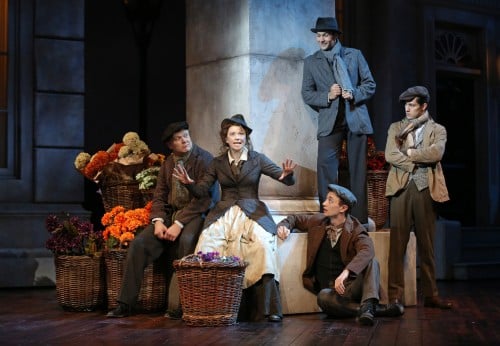 As I was watching this show, I realized that for me, this could have been a sing-a-long performance. I remember watching the movie for the first time when I was in high school after we’d read the play that it’s based on by George Bernard Shaw, Pygmalion. I immediately found sheet music and began learning to play and sing it. I’ve seen at least one community theatre production of it, and I also have the sound track. It’s one of those plays where you wait for your favorite lines like, “Move your bloomin’ arse!” Then cheer when you hear it delivered so well. I hummed a little when the first chords of my favorite songs were struck, and I had goosebumps when the street workers sang “Loverly” with Eliza with beautiful harmony and excellent choreography. I could not take my eyes off the gorgeous set and magnificent costumes. The creative team at The Guthrie pulled out all stops for this show. It has a similar flair to their signature play, A Christmas Carol, using the trapdoor to move sets up and down, lowering stunning pieces from the ceiling, and using large, movable sets in what seemed like perfect flow and rhythm, just like every scene in this classic musical. Each cast member appeared to be so well suited for their parts that they could have been the original inspiration for them! Our Eliza (look how I try to claim her)…The Guthrie’s Eliza, Helen Anka, most surely is ever so slightly possessed by Shaw’s real-life inspiration, Eliza Armstrong, whose mother sold her off for five pounds, the same amount that Professor Higgins “pays” for “his” Eliza. My friend and I both enjoyed Donald Corren’s portrayal of Alfred Doolittle. Despite his obvious character flaws, using his daughter for money, drinking himself silly, he’s a character you love to watch, and Donald gave him a lovable flair!

Fabio Toblini must have had a grand time designing the costumes! The hats in the racing scene alone are worth the price of admission to experience them in person. They are ridiculous and delightful, bringing to mind a mixture of Dr. Seuss and Alice in Wonderland. 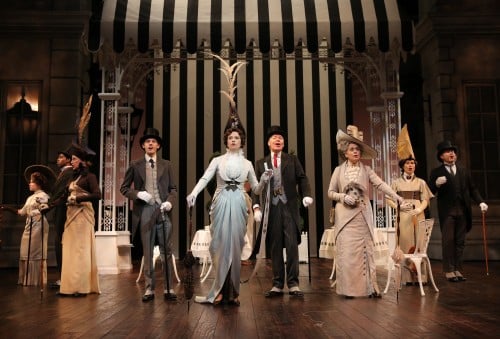 Another member of the talk-back audience said that he had always wondered about the ending to My Fair Lady, and like me, was waiting the entire show to find out how director Joe Dowling and the actors would deliver it. Honestly, I never bought that it was a romantic musical. It’s about language and class and how our speech and upbringing determine our position in life, and how we can be kept in our place because of it. It takes you through a sometimes comical, and other times uncomfortable, lesson in relearning who you are and trying to mold someone into what you want them to be. Professor Higgins treats Eliza like a project. In contrast, it’s Colonel Pickering who shows her kindness and even a bit of fatherly protectiveness that she’s never gotten from anyone else, including her own father. Then, there’s Freddy, the love-sick pup who drools for her, (And, BTW, Tyler Michaels who plays him practically steals the show) isn’t exactly what Eliza’s looking for either.

We see in My Fair Lady how people try to take possession of each other: parents who are using and selling their children; teachers who mold and shape and puff up their chests, showing off what “they” have created; people who want their partners to act and respond as if they were puppets.

My Fair Lady is playing at The Guthrie Theater in Minneapolis, MN, June 28-August 31, 2014. I believe this show is appropriate for all ages (except the youngest ones as it is rather long, almost 3 hours.). In fact, we saw a few young girls coming to the show in cute hats and watching intently because this performance is filled with fantastic choreography, famous and well-loved songs, and characters who reach in and touch our hearts, as well as our funny bones. I hope you can make it to this show! Then, give me your answer to the journaling prompt!

Journaling Prompt:  What do you think about Eliza and Professor Higgins? What is their true relationship? How do you want the story to end, or continue, as in what would happen after the line, “Eliza, where are my slippers?” 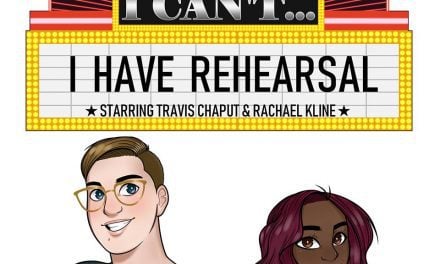 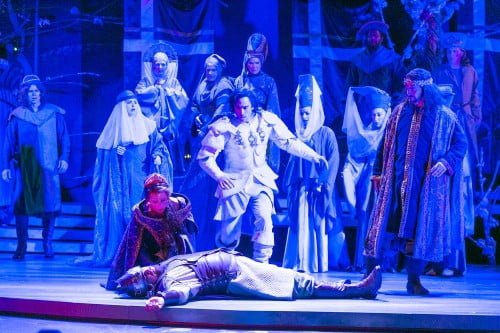