Review of Illusion Theater’s My Antonia

Quote of the Day:  Cather’s novel is an American masterpiece…at times, I wished I were adapting a terrible book, because then I could make all the necessary changes [of dramatizing it] without worrying that I was desecrating something beautiful. Allison Moore, playwright. I saw her adaptation of Willa Cather’s My Antonia this past weekend, presented by the Illusion Theater at The Lowry Lab in St. Paul, MN.

When I received the invitation to attend opening/press night for this performance, I was sad because I knew I couldn’t get down to St. Paul at that time. The PR contact, Anne Ulseth, offered me another time, and I jumped on it. I had recently found a copy of the novel at a used book store and found myself mesmerized by the words of Willa Cather. Reading her descriptions of the prairie is like lying on the cool grass on a summer day, gazing up at the clouds, and imaging a bigger world, all the while holding hands with your best friend. (sigh) The Nebraska prairie is much like the farming community in Minnesota where I grew up. I wondered how the playwright would translate those sensual descriptions and thoughtful reflections to the stage. She did not disappoint.

Of course, it helps when you have a very talented cast and crew. The actors brought these characters to life, off the page, and on the stage, then off again, as I reflect still on the performance. The feelings I had while reading the novel were enhanced by watching the performance. When Andrea San Miguel (Antonia) appeared on stage, I knew she was the embodiment of that beloved character, in looks and actions that capture the spirit of Antonia. Her interactions with Jim throughout the story are true to the book, a deep friendship, an almost romance, and genuine love for one another. 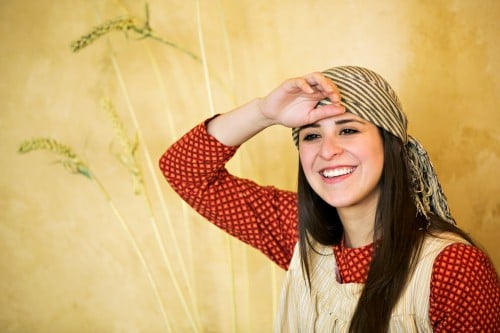 Andrea San Miguel as Antonia in the Illusion Theater production of My Antonia. Photo by Lauren B. Photography

My guest at this show was my friend Elizabeth. She offered to drive and I gladly accepted, knowing she had lived in the cities a number of years and really knew her way around. On our drive, through a torrential downpour, she explained that she lived in Minneapolis and rarely went to St. Paul. When I was at the theater, I asked one of the actors why The Illusion Theater was presenting this show at The Lab in St. Paul. She said it was to get more St. Paul people out to watch their shows. Their home stage is in Minneapolis. Apparently, folks in these twin cities don’t like to cross the river to that other town! Also, My Antonia opened in Red Cloud, Nebraska, near the childhood home of Willa Cather and the woman she based this story on, Annie Sadilek Pavelka.

Live music on and off the stage create the mood for this dramatization. Using string instruments, piano, cello, violin, the songs carried out the haunting melodies of hard times, joyful dances, and romance. All of the actors moved in and out of their various roles with ease. Older narrator Jim and young Jim are played by two different actors and at one point, they almost seemed like one, in body, action, and their admiration for Antonia.

My Antonia is playing one more weekend at the Lab in the Lowry building in St. Paul, MN. Visit the Illusion Theater website for showtimes and ticket information. 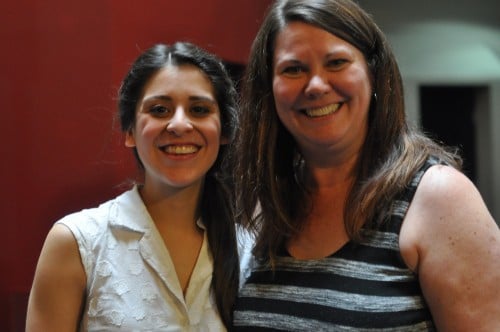 Journaling Prompt:  What classic literary character would you like to see come to life on stage? 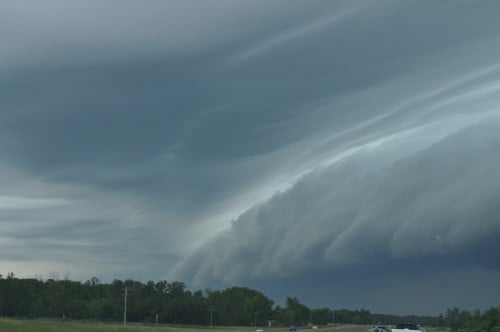 We had our preview of prairie sky, and storms, on our drive down to the theater in St. Paul, MN!