Review of Rimers of Eldritch at CLC

Quote of the Day:  People think what they want to think, and don’t what they don’t. The character Skelly in Rimers of Eldritch written by Landford Wilson, directed by Patrick Spradlin, playing on the Dryden Stage at Central Lakes College (CLC) May 1-3 and 8-10. Last night’s performance was sold out, but I sneaked in anyway. It helps to know the director, the techie, and be a strong supporter of theatre.

Cast of The Rimers of Eldritch. Photo from The Brainerd Dispatch.

The 18 characters in The Rimers of Eldritch could be your neighbors, especially if you live in a small town. It could be your own small town, or the one down the road. You know the one, where the movie house closed up years ago. The gas station is the sole business where folks run in for milk and a cup of gossip. The young people leave as soon as they graduate from high school. And, the ones who stay feel stuck in the roles that their parents and grandparents played. While people seem to know too much about each other, the residents have guarded secrets and suspicions. Anyone who seems a little odd, or a non-conformist, lives on the fringes and is easy target for blame. No one wants to think that the hero of  the town could have flaws, or that the crazy guy in the shack has honorable intentions.

At times, it’s tough to watch The Rimers of Eldtrich. It is uncomfortably realistic. And, yet, it makes you think. You start to examine your own prejudices, your own secrets, and at what length you’d go to keep them hidden. Landford Wilson has no problem dispelling the myth that small towns are idyllic, peaceful places, and he speaks very clearly through his characters that we spend way too much time trying to control and judge each other.

What makes this play unique to watch is that all of the characters are on stage during the whole performance. You have to pay attention, not only because there are so many characters, but also because it’s told in a series of conversations, the spotlight bringing up one group, then another, and we bounce around in time. Lines are repeated, and more is added to the story, until the end when we finally see what all the fuss is about.

This is definitely a show for older teens and adults because of the themes and language. And, like I said, at times it is uncomfortably realistic. My hope is that we, as a community, are less like the characters in The Rimers of Eldritch, and more like the villagers in the children’s book Stone Soup. Although they were at first suspicious of strangers, they were shown that by pooling their resources and opening up their hearts and homes to them, they could have a feast and dancing and all be well fed, body, mind and spirit.

And, before I left the college, the director Patrick Spradlin and I chatted about offering theatre classes for kids. I told him that I’d already started with the help of my sister and everyone who spread the word. We had 22 kids show up for Saturday morning classes. Our last one for this session is tomorrow, where we’ll perform our original skits for parents. And, like the villagers in Stone Soup, we pooled our ideas and resources to make a lovely feast for our creative souls. Look for future offerings at the college where a community can come together to build a strong program in the arts!

Journaling Prompt:  When have you experienced “Stone Soup?” When have you lived in a Rimers of Eldritch? What classes would you like to see that bring communities together? 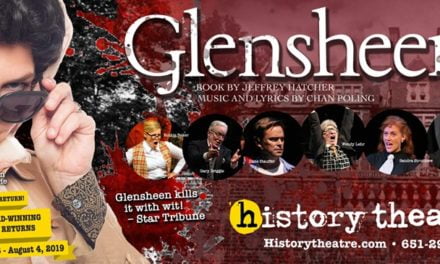 Z is for Zen Tangles