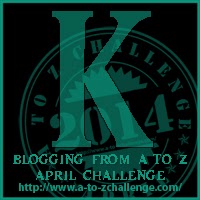 The official name is Veigel’s Kaiserhoff in New Ulm, MN, ectes Deutches Essen, authentic German food. Founded in 1938, The “K”, as the locals call it, boasts its famous ribs, Ray’s Salad, Friday night fish fries (typically during the season of Lent from the German Catholic tradition), and a delicious selection of German food including all varieties of Schnitzel, Landjaeger sausasge, German potato salad, red cabbage, New Ulm style sauerkraut, and much more. Of course, they serve Schell’s beer, the local brewery (come back on S day to learn more about that), and Morgan Creek wine from the local winery. They also serve many American favorites like burgers, steak, and fish.

Their menu from 1946 is framed and hanging on the wall. The ribs were there from the start! They’ve added a few items and changed the prices, but the gemutlichkeit remains the same. 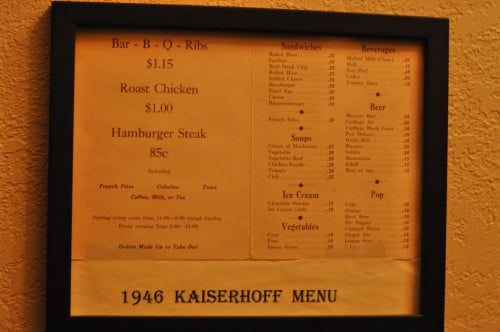 The Biker Chef proudly claims his heritage and upbringing from New Ulm. He believes that Schell’s is the best beer on the planet, and no place on earth has better gemutlichkeit (the German word that describes the feeling of fellowship, hospitality, good will and friendship). 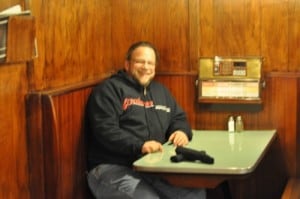 Recently, we visited the city and family, and the “K” was our first stop. The Biker Chef spent many evenings as a kid hanging out in a corner booth waiting for his mom to finish her shift. She was a waitress there for about 32 years, and his aunt started two years earlier. He took a turn helping clean in the kitchen when he was in junior high school.

We walked into the restaurant, up the stairs to an entrance hall with a large mural on the wall, one that has been there since before he was born, no doubt, and I know he was seeing more than what was there. The memories were flooding back at the same moment I was standing in this place for the first time. 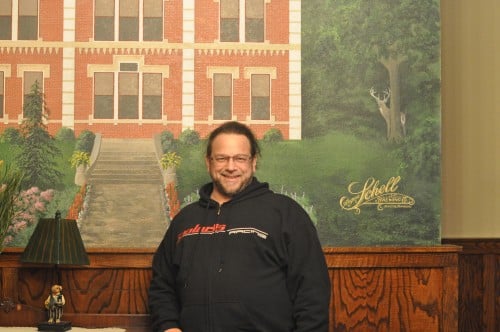 These table side juke boxes used to be in many small town diners.
Drop in a quarter and select a song.
This one still works, but I don’t think you need the quarter anymore.
Just punch in the number and enjoy the crooning of Dean Martin, country ballads of Kenny Rogers,
or The Chattanooa Choo Choo, “Pardon me, boy.” 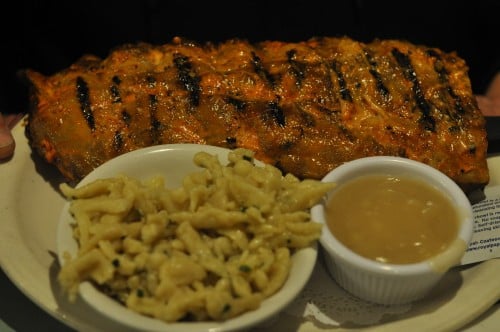 The Chef had Kaiserhoff’s famous ribs, spaetzle, and chicken gravy. 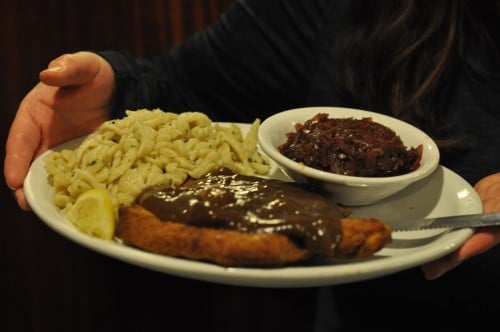 Mary had Jaeger Schnitzel with spaetzles and gravy and red cabbage.

Our waitress happened to have started working at “The K” about 15 years ago and worked with the Chef’s mom and aunt. She had nothing but kind words to say about both of them, and the trip down memory lane went deeper. She said the the Chef’s mom loved working at the “K” and that she thought of the staff and regulars as extended family. It was her social outlet, her sense of belonging and identity. 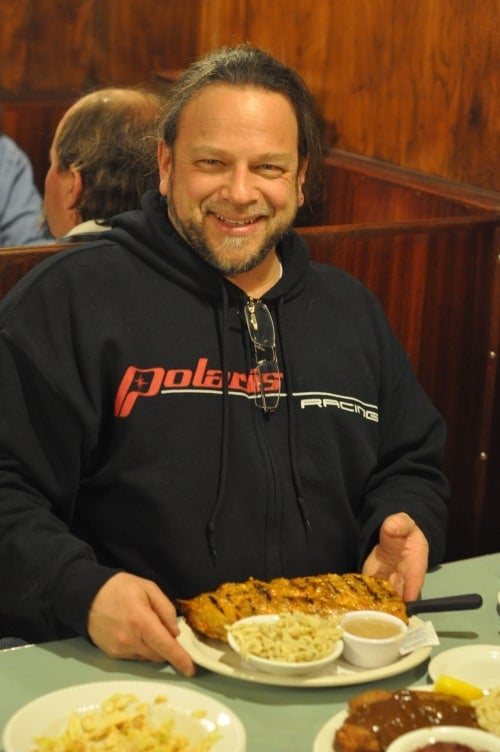 The biker Chef with his plate of comfort food. And, no, we couldn’t eat it all. German food is anything but light! 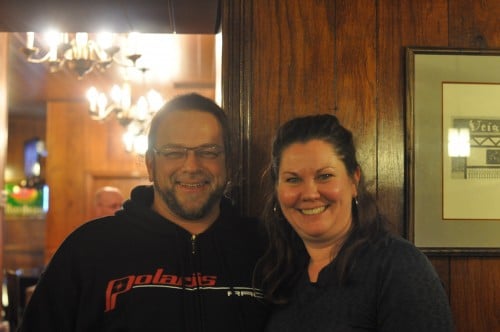 Much of the decor is the same as when the Chef stopped in for a pop and a 21 shrimp basket when he was waiting for his mom. Sometimes, his dad sat across from him with an order of fries with “K” sauce on the side and a brandy Manhattan. 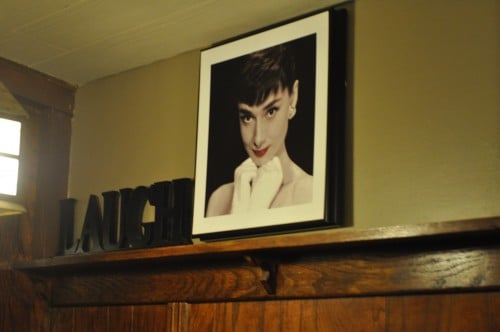 I called the room where we sat, “The Audrey Hepburn” room. They had several of her movie photos and glamour shots framed and hung, as well as other old-time movie memorabilia and sayings. 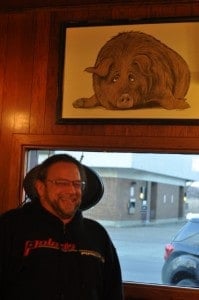 The Chef was really giggling at this old pig sketch that’s been up since the beginning of time. I had him pose under it while some new bar patrons looked on, grinning.

Do you have a favorite old diner or shop from your home town? 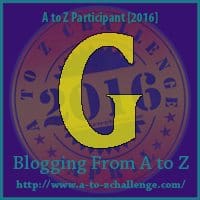 G is for Granola

Grilling, Rubs, and the Smokenator