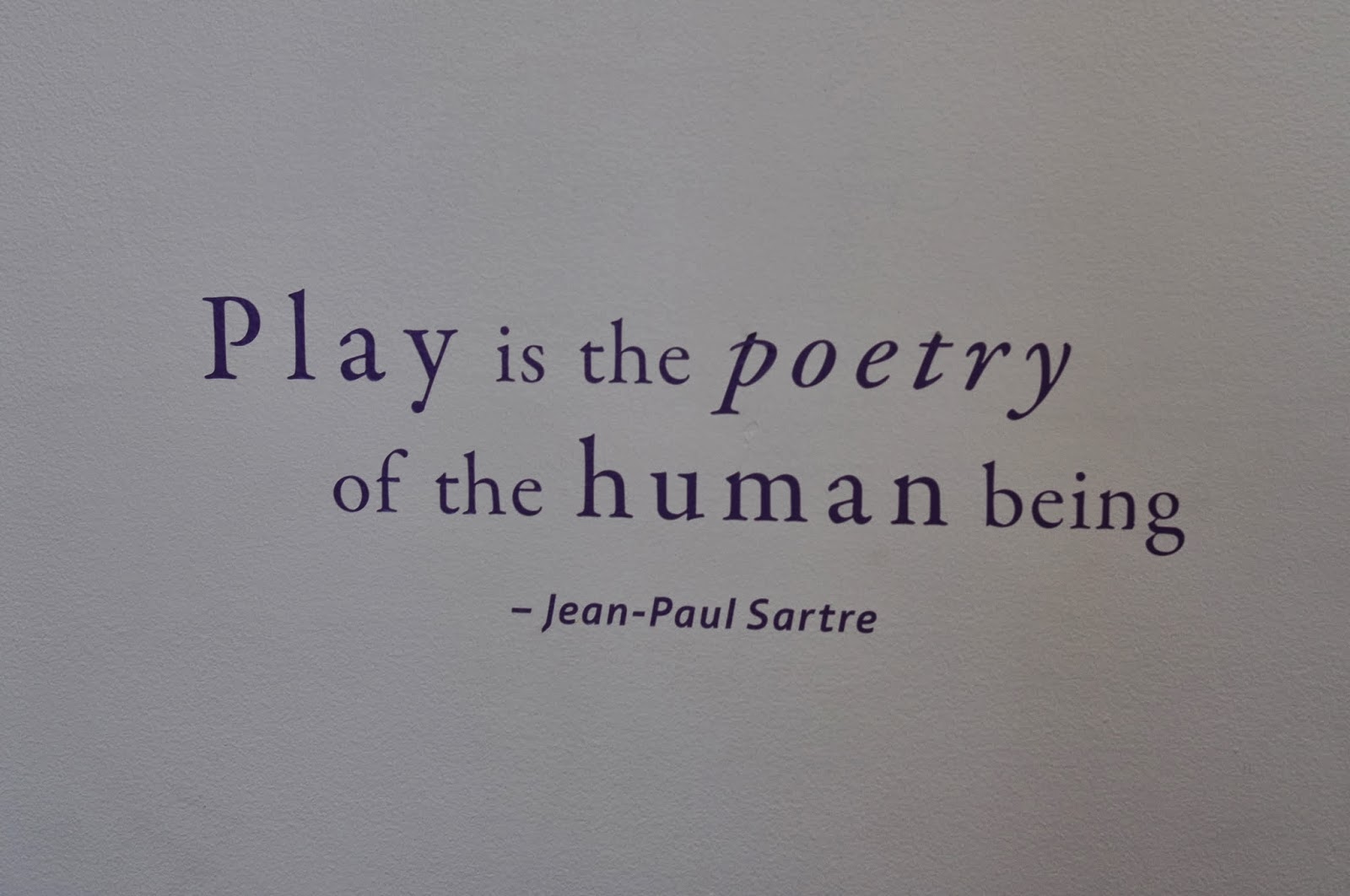 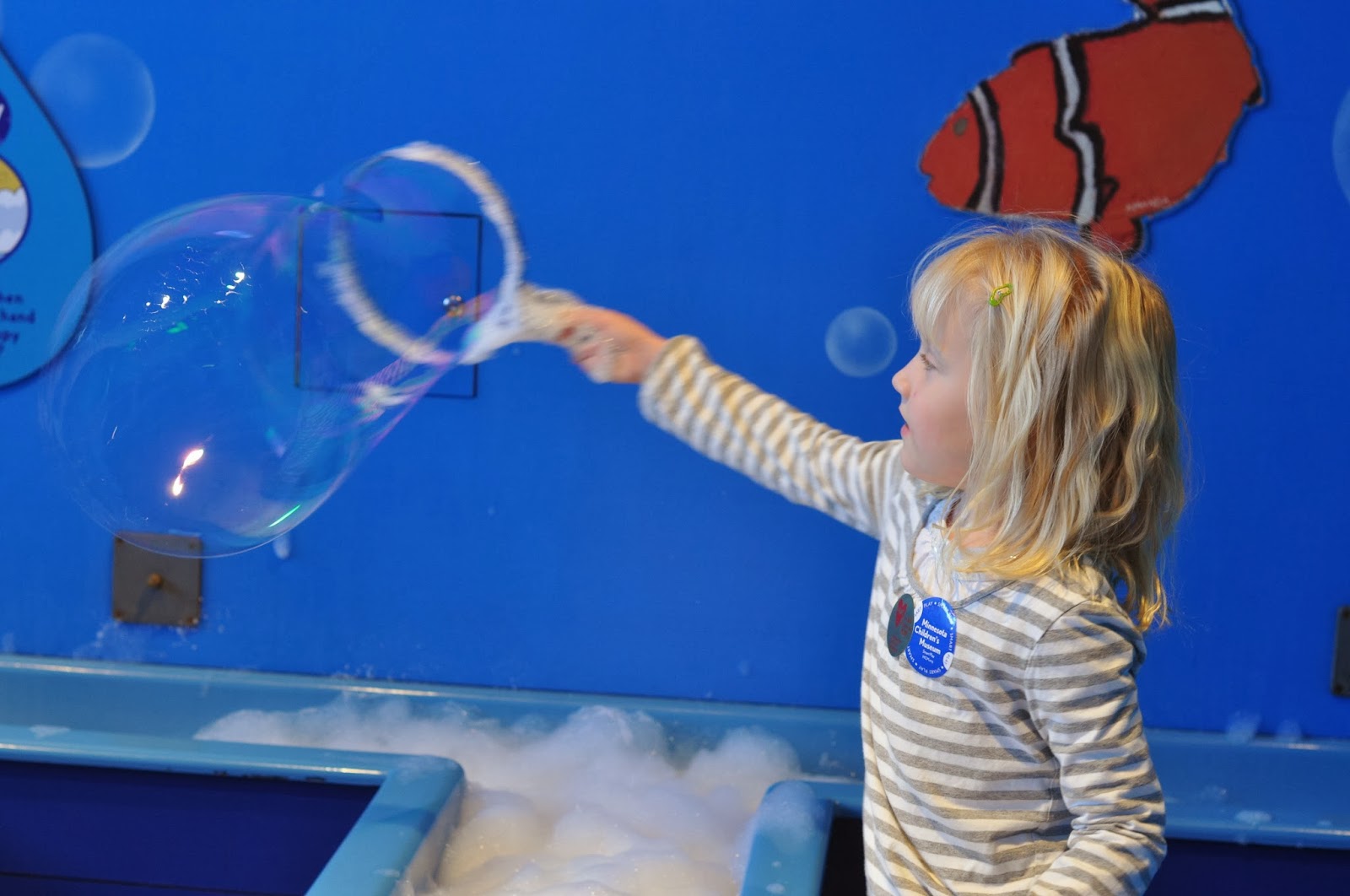 A favorite spot for the girls: Water Works! 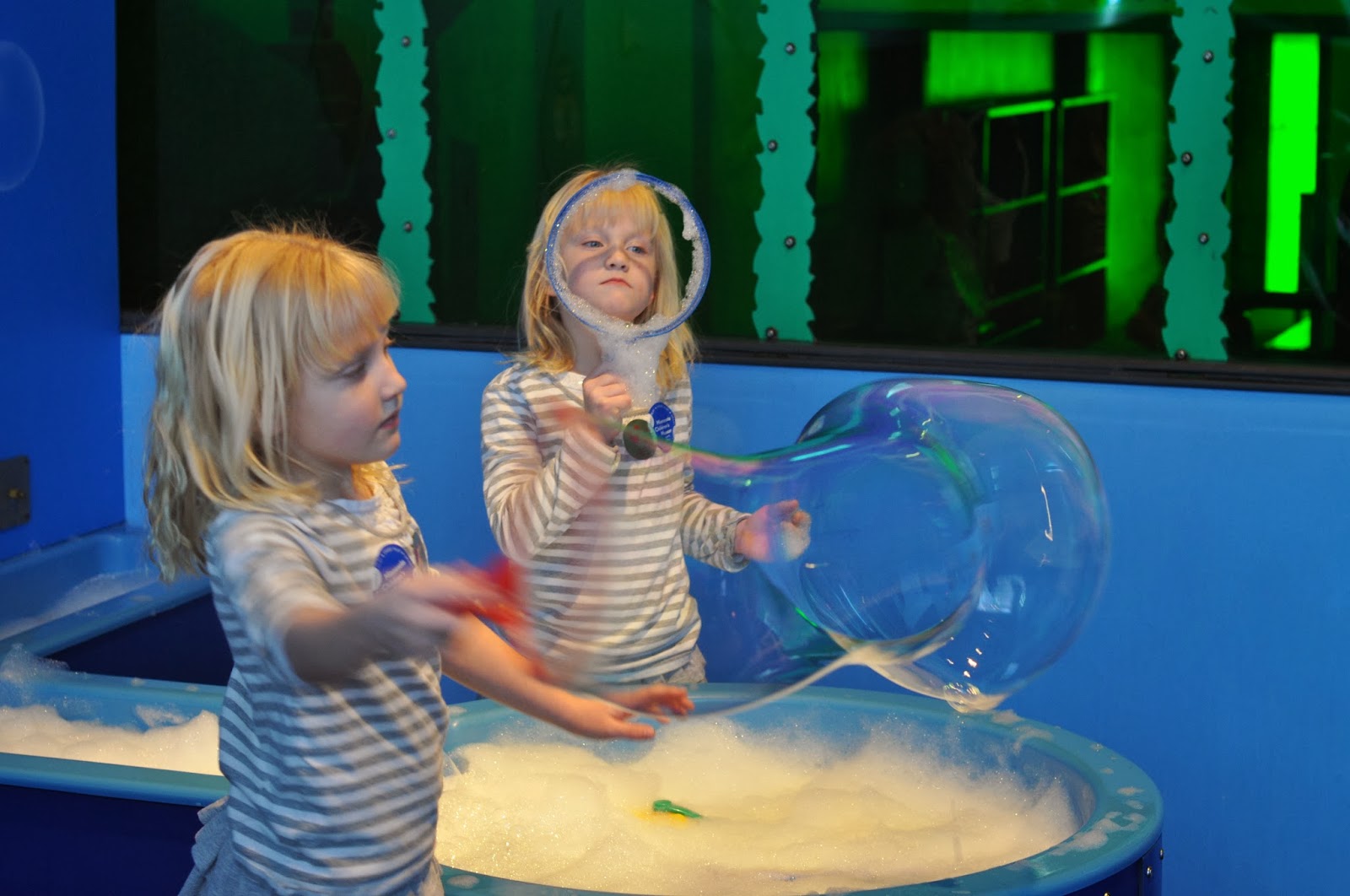 Rebekah became very skilled at making the giant bubble!
I think she could have stayed here all day! 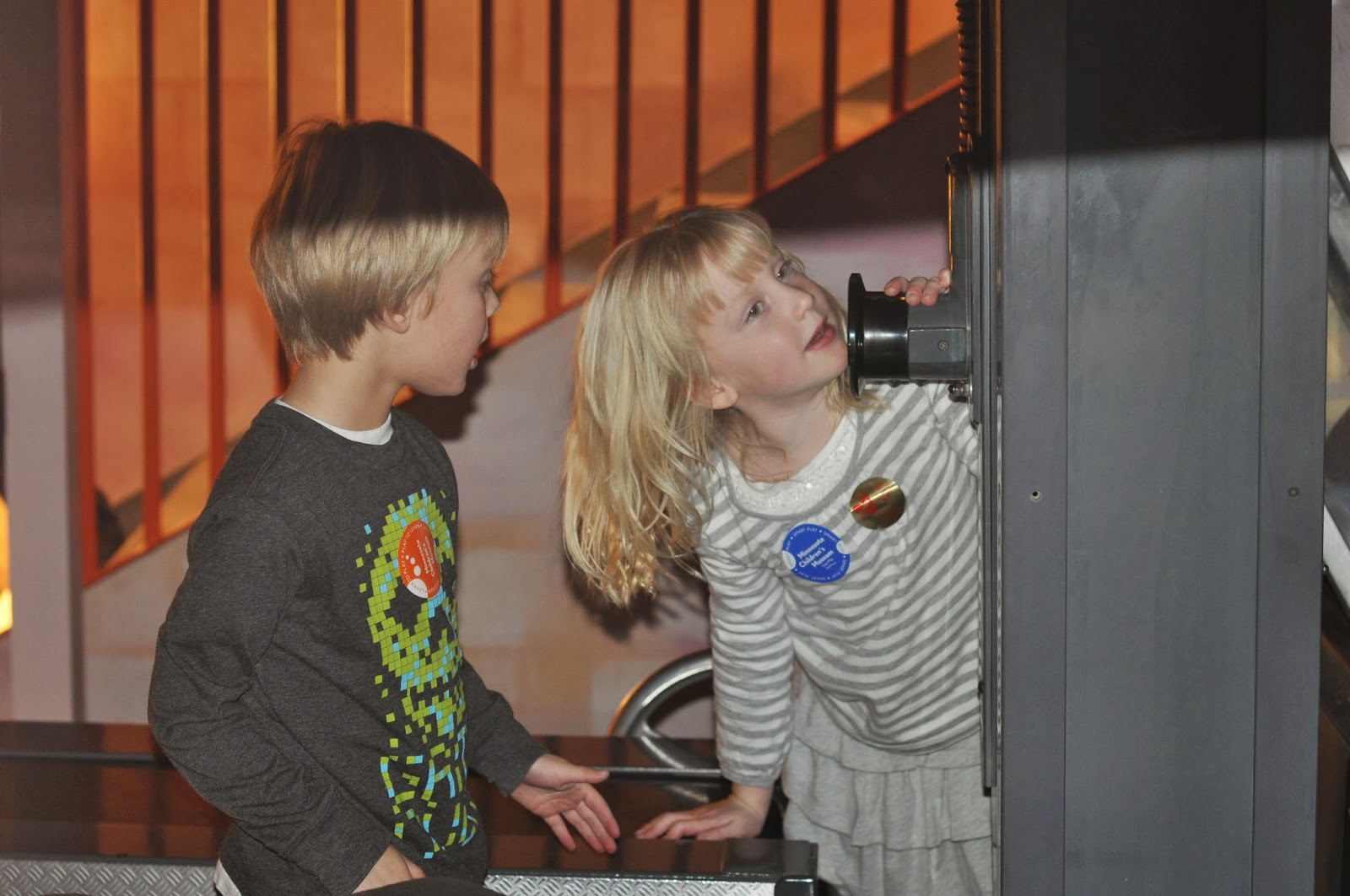 Also in the World Works area, is a factory where kids deal in communication, running the equipment, moving the blocks, and teamwork. Rebekah has taken over big brother Ben’s job as foreman. 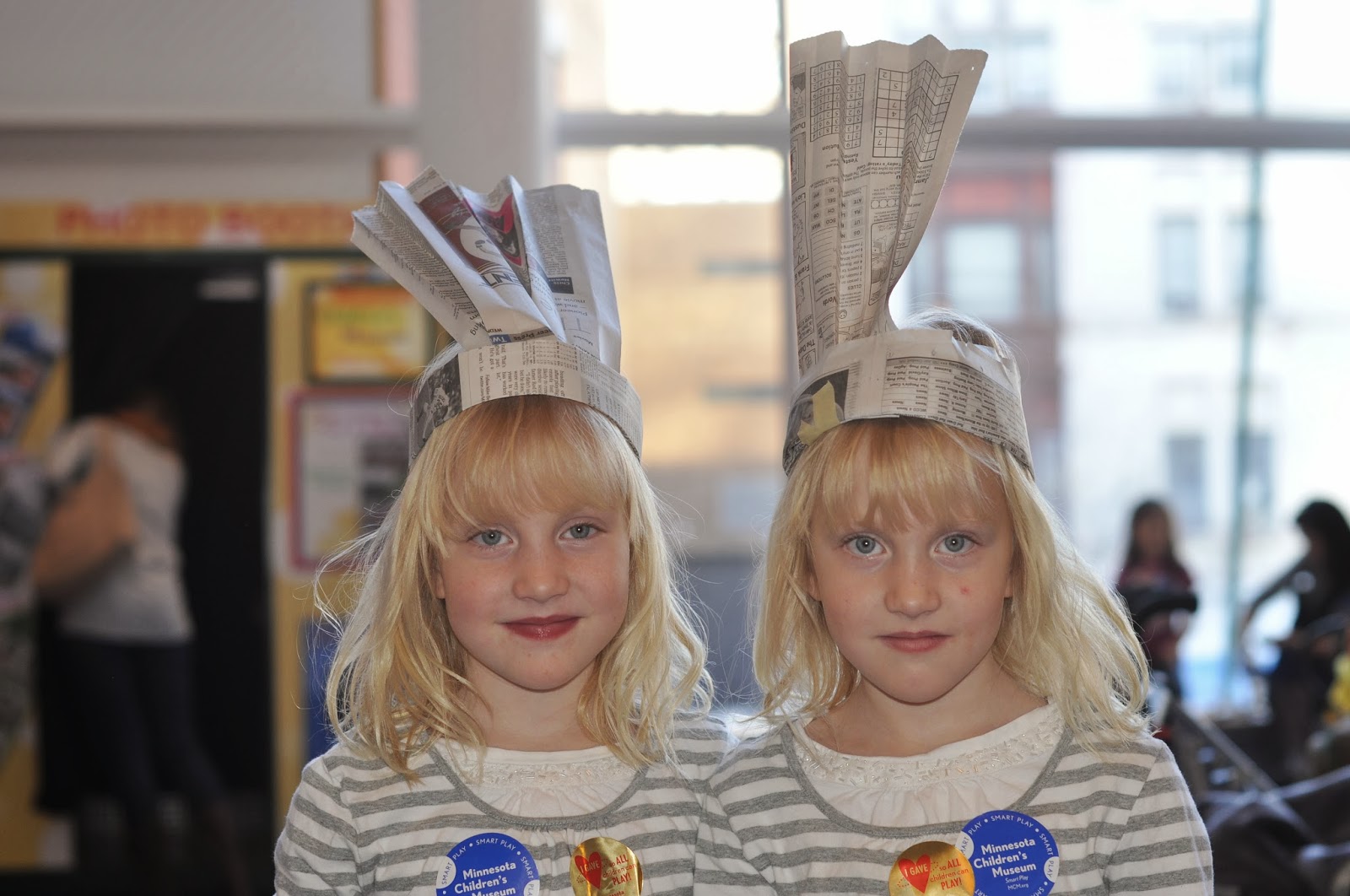 They also had paper art in this area. 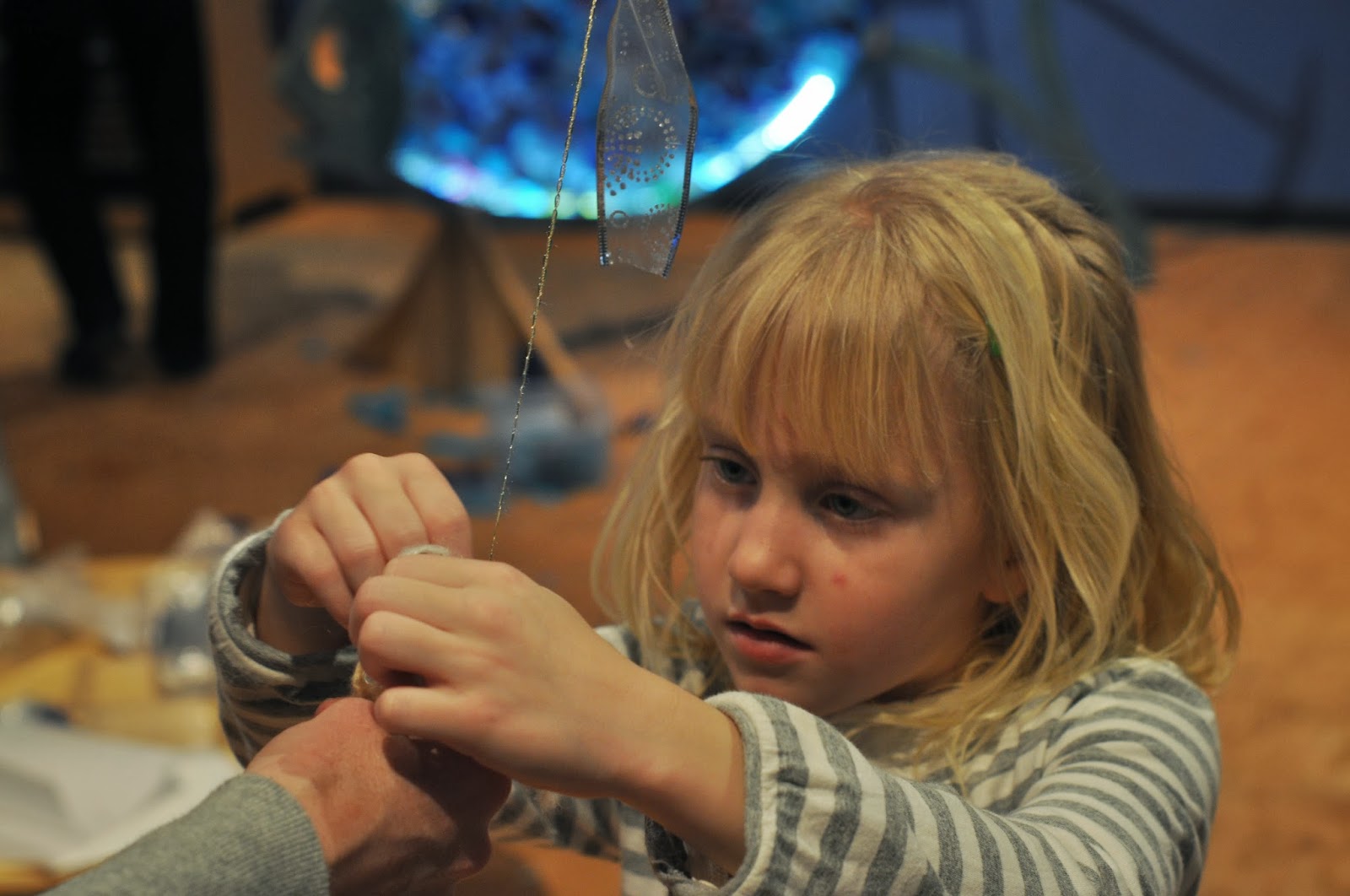 In Creativity Jam, a visiting exhibit, kids add their creative hand to larger projects like this giant mobile, named The Chandelier. The use of tinfoil, white paper, feathers, and other objects, give this exhibit its sparkle! 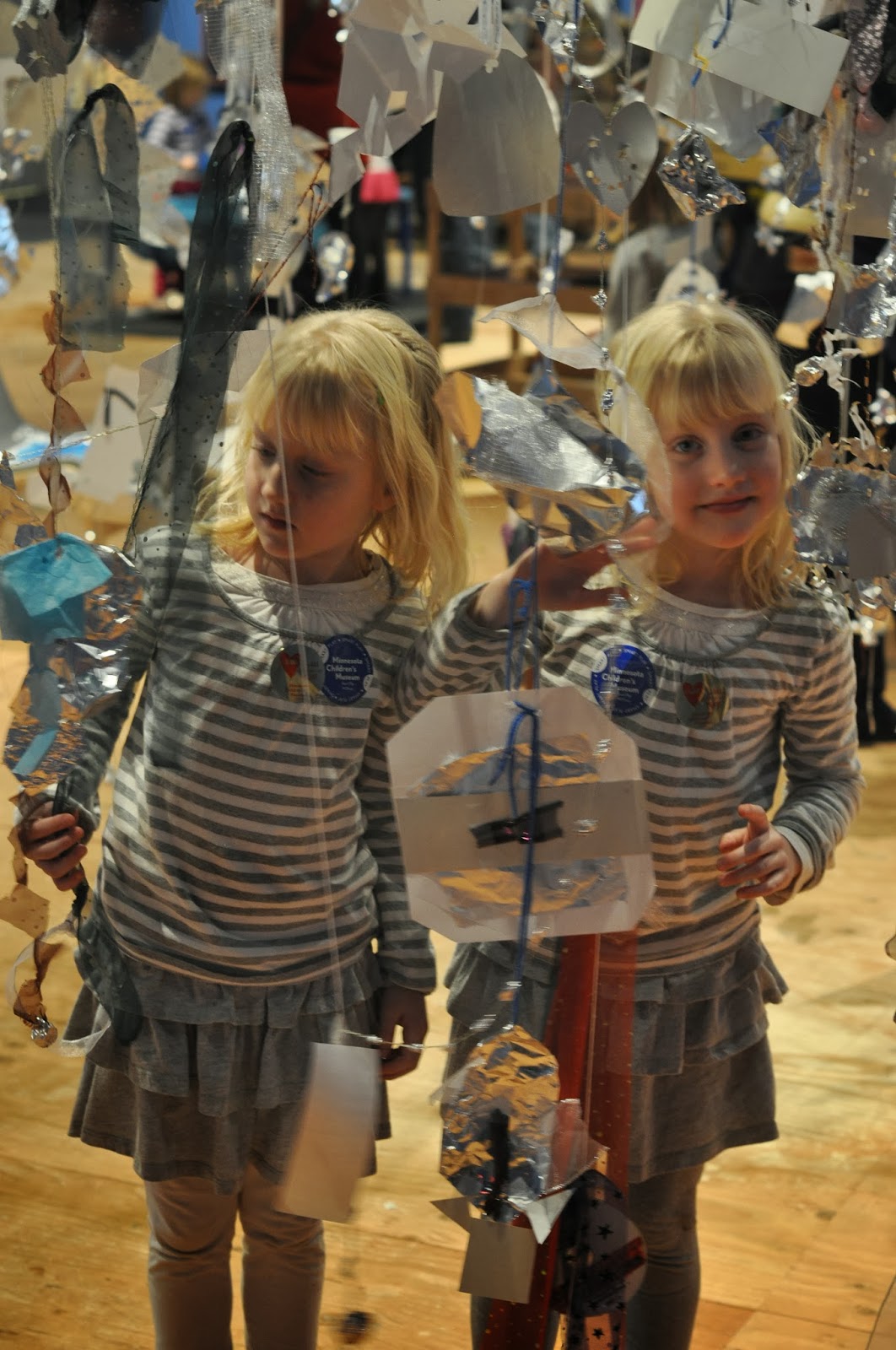 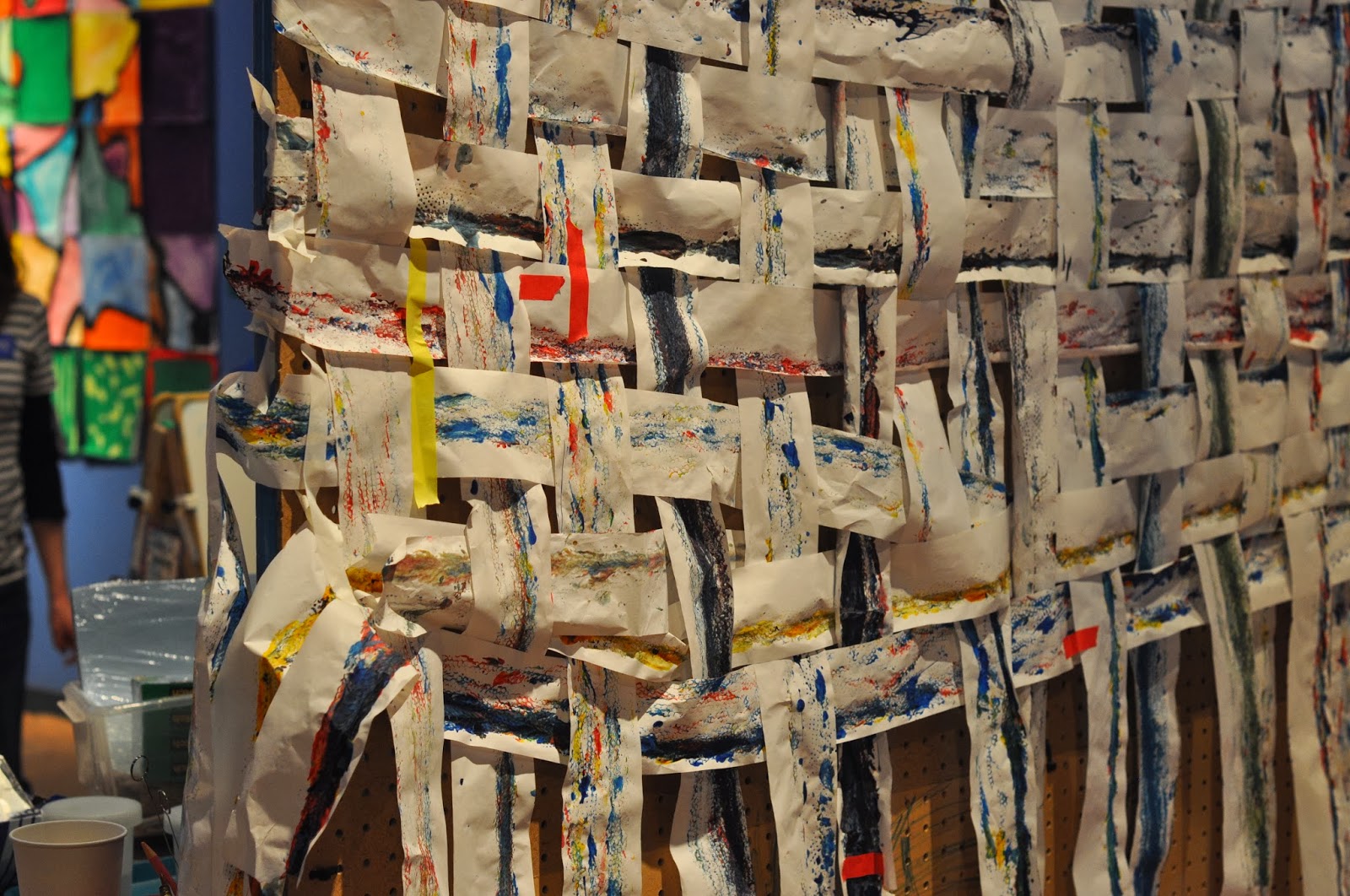 Kids can paint on the paper strips then weave them into this wall hanging. 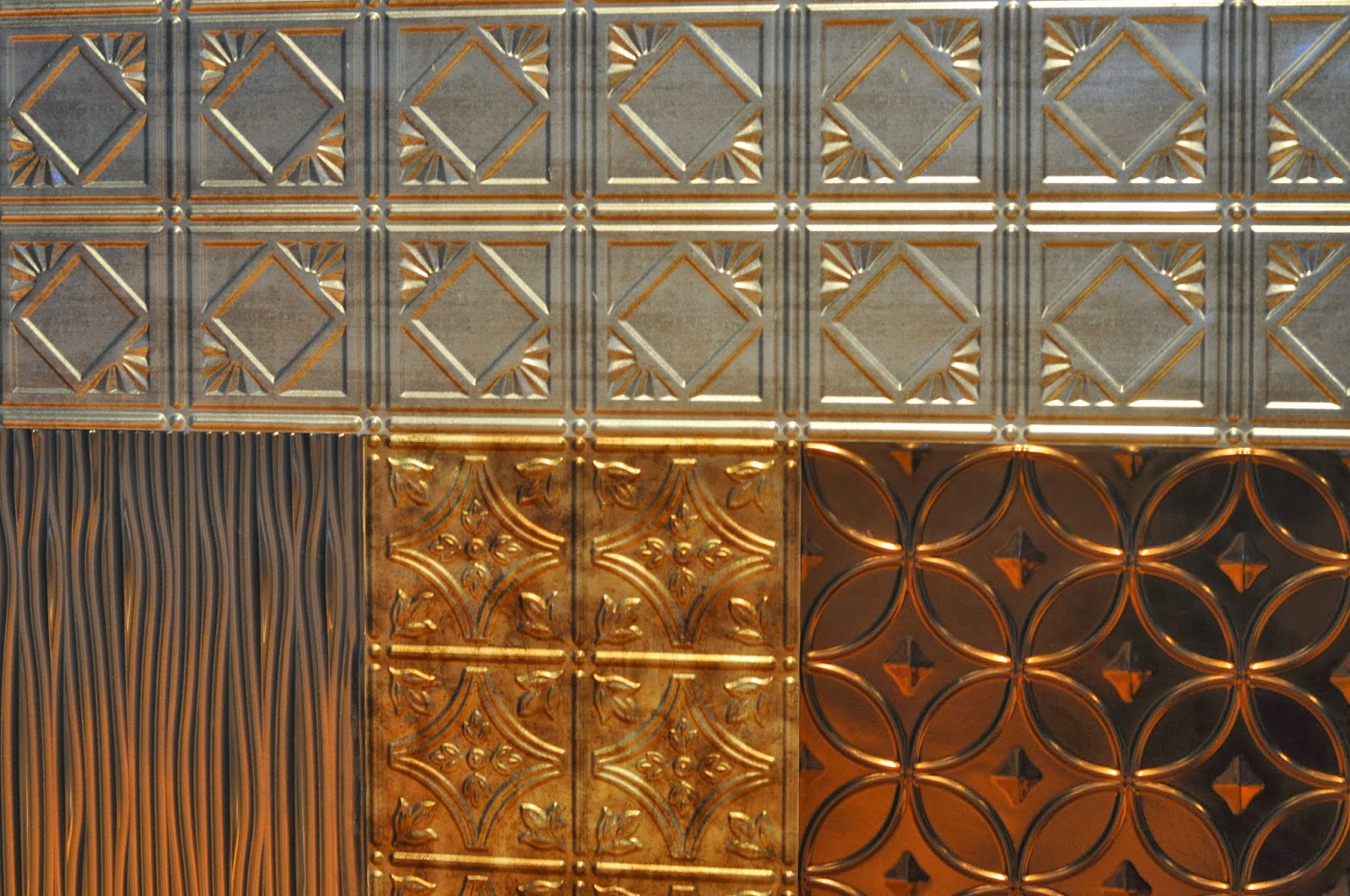 I love the textures in this art piece. 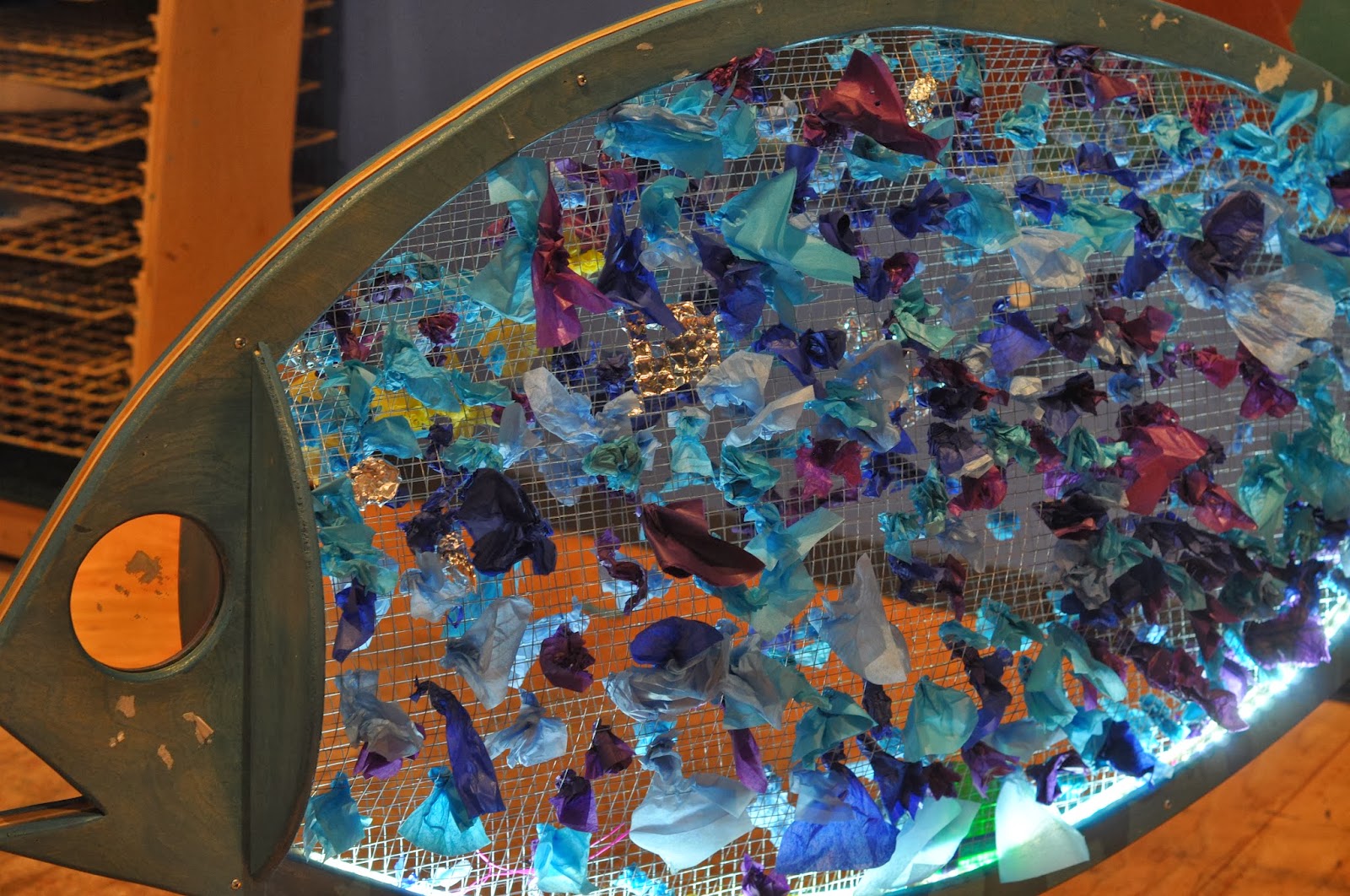 The fish is made of wire. Kids (and adults, including me) could add tissue paper and tinfoil to make colorful scales. 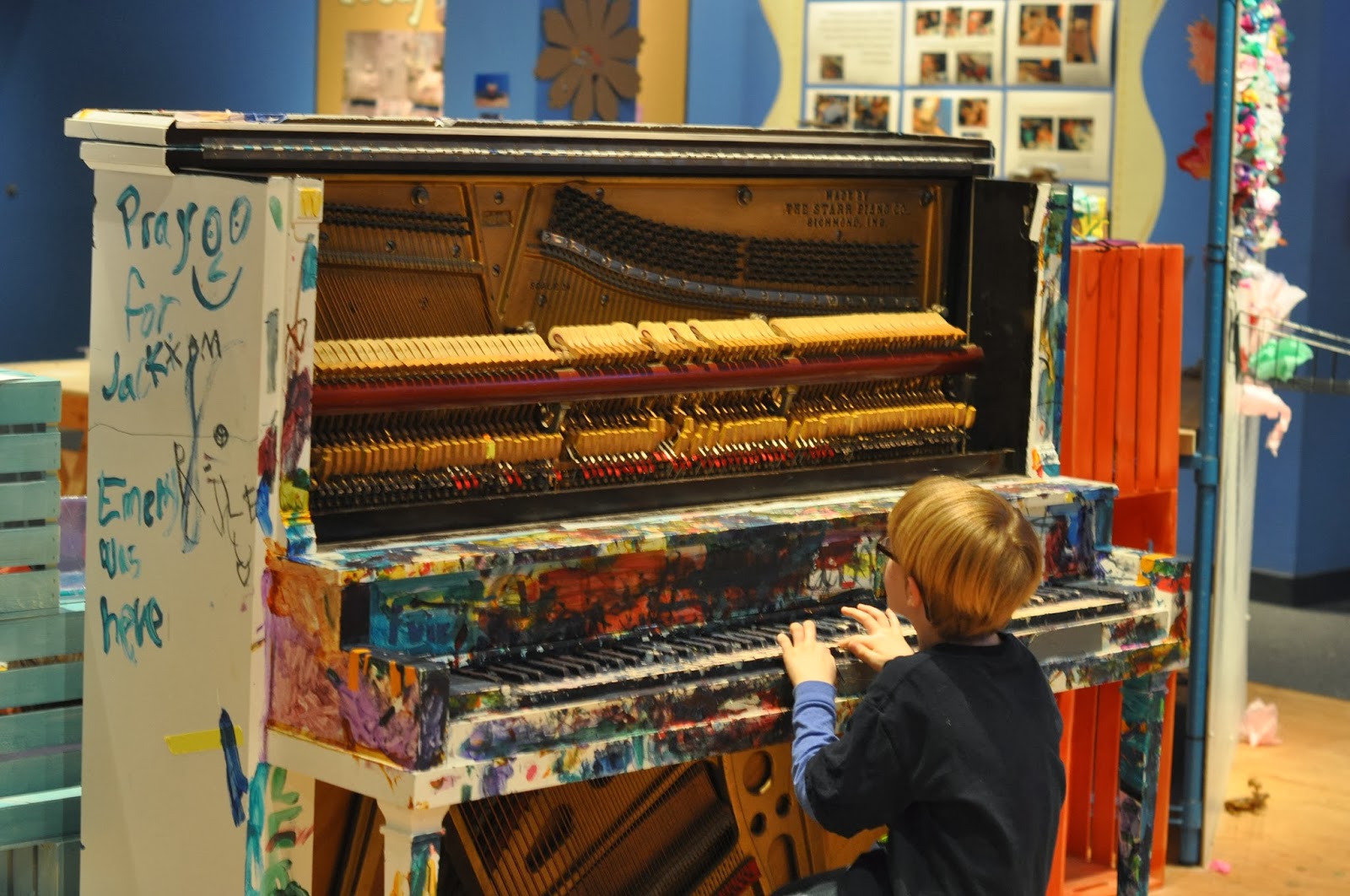 I like how they opened up this old piano so kids could see how the hammers and string work when they play. Most of them just banged on the keys, but they got the idea. 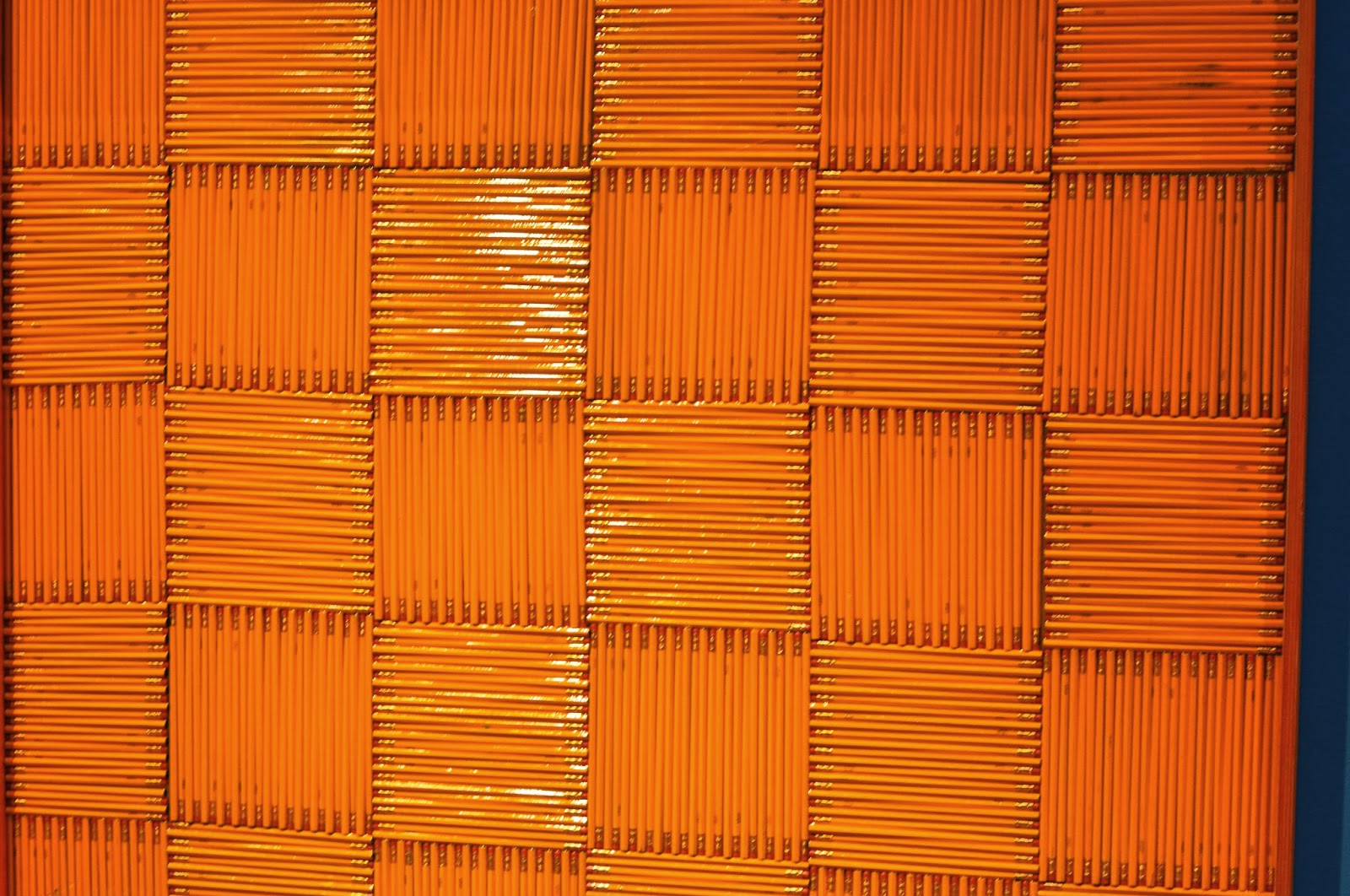 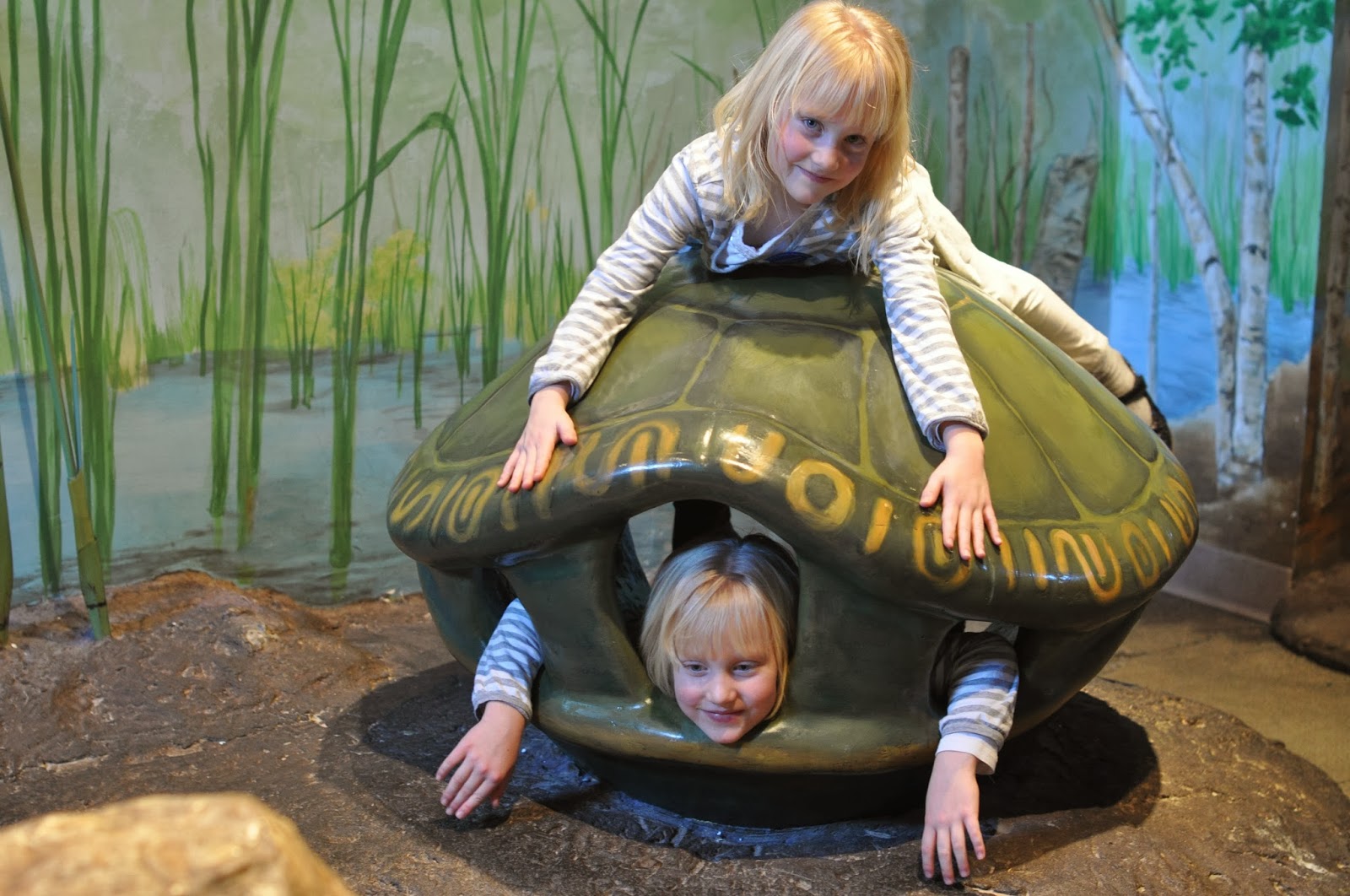 Getting into things in Earth World
Earth World simulates the great outdoors in Minnesota. Kids can run through the maze of a giant anthill, explore the wetlands, streams, aquarium, and other adventures. Rebekah made a new friend in the anthill. At one point they got separated. Leah came down the stairs, the little girl shouted, “There you are!” gave her a hug and ran off together into the anthill. It was some time later, that she realized she had made two new friends, twin sisters!
What a great experience for kids. First of all, they have a warm, safe place to run and stretch and create. They can make new friends, and are encouraged to create and explore.
To learn more about the Minnesota Children’s Museum, located downtown St. Paul, visit their web site.
Go. Create. Inspire!
Journaling Prompt:  Have you ever visited a museum that encouraged interaction?