The Greater Lakes Area Performing Arts (GLAPA) is presenting the classic musical Oliver! at the Pequot Lakes high school, a community theatre production. They opened this past weekend, and  will perform again this coming weekend, Nov. 22-24, Friday and Saturday nights at 7:30, and Sunday at 2:00. I attended the Sunday, Nov. 17, production with three of my boys and a neighbor boy. We all enjoyed it. This is a great show for a community theatre to produce because of the large cast that includes many children and adults. The theatre was packed all weekend. I sat next to the dad of one of the girls. He took some nice shots with his camera, so I’ll post a few of those when he sends them to me. True to community spirit, I asked who he knew in the play, and I told him my sister Joy Ciaffoni was in it. He promised to get a few shots of her, too. I liked how the actors used the whole theatre to present the story. During the song, Boy for Sale, Mr. Bumble leads Oliver out into the audience, which added to the emotions of that moment. Who wants Oliver, a poor orphan boy? Where does he belong? 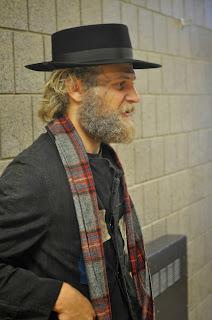 Fagin, played by Charlie Cook
I’ve always had a soft spot for the character of Fagin. He’s just trying to survive. He takes in the ragamuffin orphans and runaways, and although uses their swift feet and agile pick-pocketing fingers to his advantage, he seems to really care about them and want to protect them. He offers a home, of sorts, and a sense of belonging. He adds humor to a very serious story, and Charlie Cook gives the character a whimsical touch. He reminded me of Dick Van Dyke in his role as Chimney Sweep in Mary Poppins. 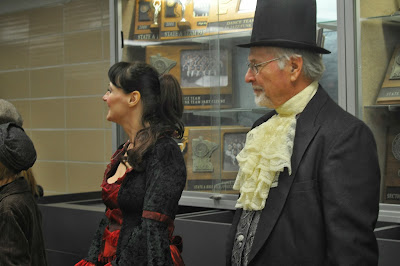 Jenny Kiffmeyer as Nancy and Peter Herzog as Mr. Brownlow
In community theatre you have all levels of experience and talent. There are always a few stand-outs. Jenny Kiffmeyer as Nancy was outstanding, great voice, excellent stage presence. She, too, is an endearing character, fighting for survival and acceptance, and sacrificing herself for Oliver. The young girl, Elaina Tanner, who played Oliver truly fit the part with the costumes and hair and her energy for the show. She makes a very sweet Oliver. Kevin Yeager stepped into the role of Bill Sykes in the last two weeks, just coming off another community production at the college in Brainerd. With the make-up and his stage presence, he was a force to be reckoned with! 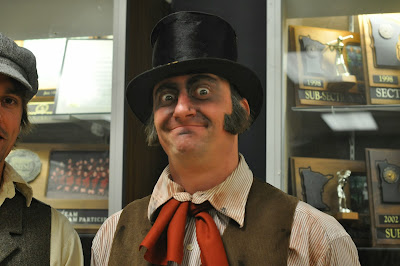 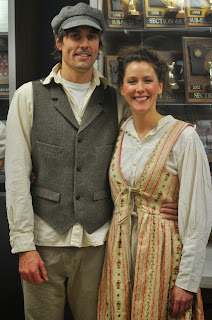 Nate French as Clerk, and Joy Ciaffoni as Strawberry Seller and chorus
Of course, my favorite scenes included my sister Joy! She has a lovely voice and a smooth dancing style. Her boyfriend, Nate, accompanied her to auditions, and as it usually goes, was (strongly) encouraged to sing and dance a little himself, landing the role of Clerk, as well as dance partner to Joy. How fun! My favorite number was the ensemble called Who Will Buy? Oliver and the street vendors have solo lines in the tune that recurs from Boy for Sale. All the soloists sounded lovely and blended well together. There is such a sense of sorrow in that song, everyone trying to sell their wares, earn enough to scrape by until the next day, and then there’s Oliver standing at the window, finally home, yet not quite. When the chorus came on, it was still dark. I told the boys, afterwards, that the lights didn’t come on as they were supposed to. They thought it looked “cool” the way it was, and that it was on purpose to show that it was still night. And, at times, I think we all feel like we’re dancing in the shadows.
The boys said that they really liked the song, Pick a Pocket or Two. And, who can’t sing a few bars of Food, Glorious Food (especially with Thanksgiving just around the corner), and they send us out the door with Consider Yourself one of us! Which is exactly how it feels to be part of a community theatre production, whether you’re a principal actor, supporting cast and crew, or proud audience member!
Call for tickets today, 218-568-9200, if you’re thinking of going. The show sells out, and the seats are general admission, so arrive early! Support your local artists and join in the community spirit!
More photos and info are on their facebook page.
Also, story and photos on the Brainerd Dispatch.
Go. Create. Inspire!
Journaling Prompt: What part would you play in a community theatre production? (and, yes, you can pick audience, but there is so much more, from leading lady to ticket sellers, everyone can have a part!) 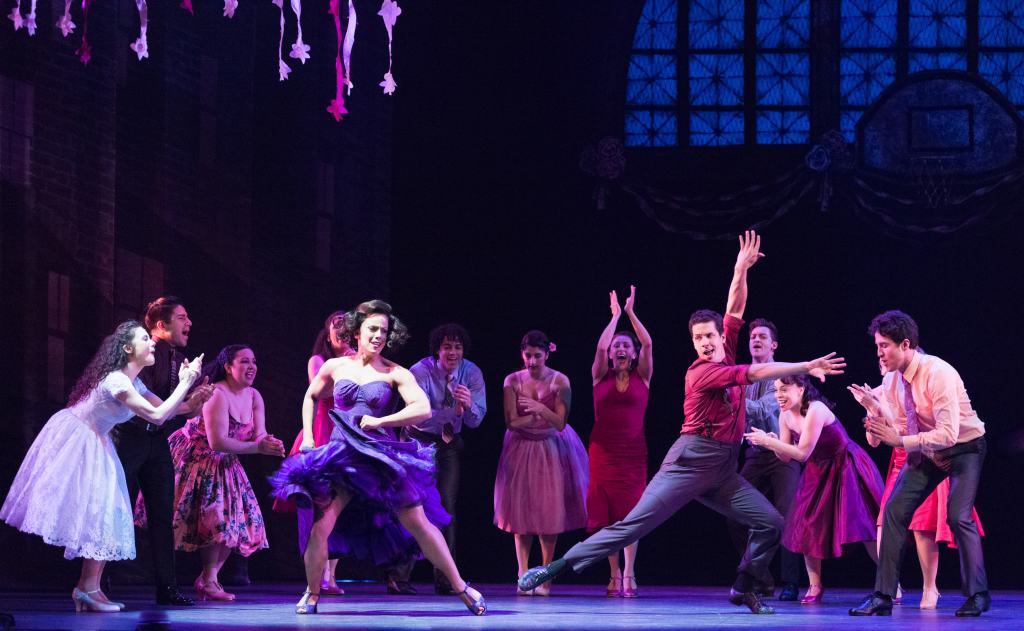