Quote of the Day:  Imagination is more important than knowledge. Albert Einstein 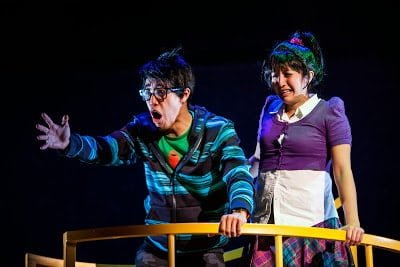 Photos by Dan Norman featuring Alton Alburo as Bruce and Sasha Diamond as Violet
The Children’s Theatre Company in Minneapolis paired up with Ma-Yi Theater Company of New York to produce The Wong Kids and the Secret of the Space Chupacabra Go! written by Lloyd Suh and directed by Ralph Pena, playing through November 17, 2013, in Minneapolis. 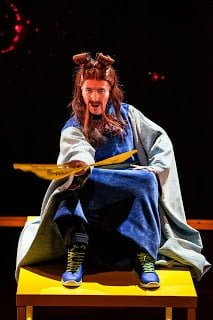 Photo by Dan Norman, featuring Matthew Gun Park
The setting for this play is a neighborhood somewhere in America and outer space. It’s about a sister and brother, teen and preteen, who wrestle with how they fit in, when they’re too old to play pretend, and what really makes them strong. The first demon we need to battle is our own inner voice that says we’re not good enough. 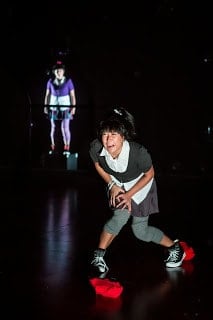 Sasha Diamond as Violet and Katie Peters as Violet’s inner voice,
the one who heads the committee of negative voices and self-doubt.
Bruce and Violet learn that they have superpowers and are called on to save the universe. They need to defeat the evil Chupacabra from destroying all life forms and gobbling up all the planets, a cross between Pacman and Space Invaders. They use a simple set with fantastic special effects to create this show. The sound and light technicians deserve the standing ovation for this production. They create a stage with phantasmagorical effect. (I’ve always wanted to use that word!) It is fantasy and action, bright lights, rock music, and a story that reminds us that we need to be true to ourselves, that being different is sometimes our greatest asset, and that members of our family deserve our love and loyalty.
I brought my three teenage sons to this show. They laughed. They had a good time. We all enjoyed the fight scene with the really cool Nerf gun that shot disc-shaped bullets that glowed in the black light. They felt it was a bit juvenile for them, but maybe that’s what you say when you go to the children’s theatre with your mom. I know that teenage boys are a tough audience. Still, they said they all wanted to go back to the theatre with me, and have really enjoyed A Christmas Carol at the Guthrie.
I think this play is for kids 3rd grade and older. There are some dark images. The Chupacabra looks like a grim reaper with an alien head. Some of the action is wild, and young kids might be frightened by the dark scenes and loud noises. The special effects are what make this show, and the story is poignant for anyone.
Go. Create. Inspire!
Journaling Prompt:  What’s your favorite word? What are some of your favorite haunting images? 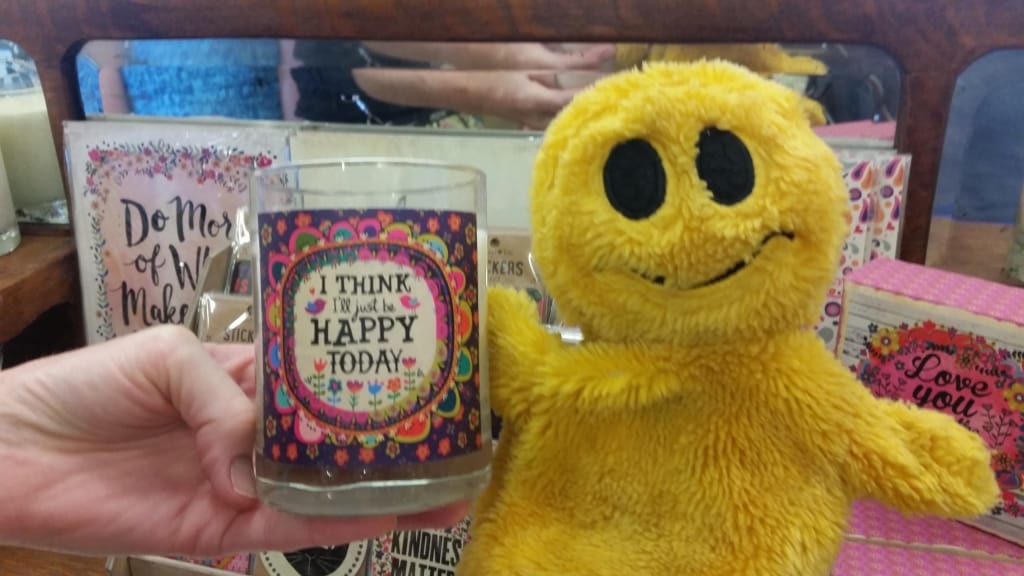