Quote of the Day:  Of course, it is always good advice to write every day. But, it’s not always possible to sit down at the same time every day and write a certain amount. What is important is to pay attention to the world, to life, every day. Paraphrase from Richard Blanco’s presentation at Central Lakes College in Brainerd, MN, Sept. 13, 2013. What a thrill to meet the poet who was chosen to write a poem and recite it at President’s Barack Obama’s Inauguration on January 21, 2013. I shook hands with a man who has shaken hands with the President of the United States of America! 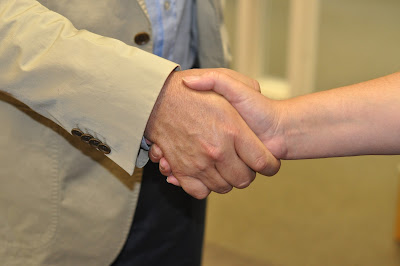 He said, “More than that. I hugged the president.”
Wow! 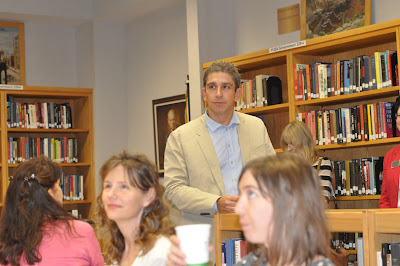 We had a Meet & Greet Brunch before the presentation. 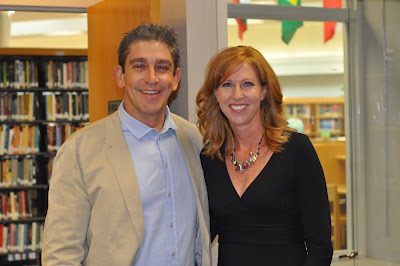 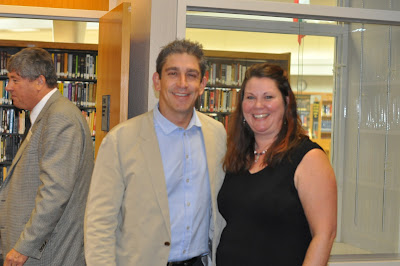 (left) Larry Lundblad, president of CLC, Richard Blanco and me 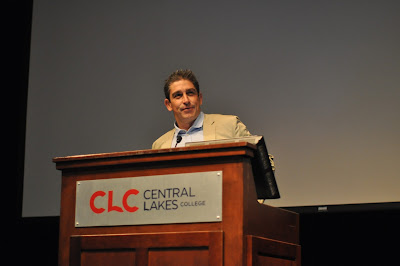 Richard Blanco sharing his writing style, his inspiration, and his beautiful poems.
I sat enthralled as Richard Blanco talked about his writing journey, which is also his life journey, and the one that led him to stand on the podium on January 21, 2013, and recite a poem that he’d written for President Barack Obama’s Inauguration. He was discovered by someone connected to the president. “Your work was brought to my attention,” he said. Something in Richard Blanco’s story and his poetry resonated with President Obama, and the rest is history.
Richard has an expressive and captivating style. As he reads his words, I see the images. I hear the sounds,  and I can almost smell the pork roast and the spices from Cuban American kitchens in Southern Florida. The audience hushed at the emotion of it all, and laughed at the humor which is challenge to get into poetry, “but, I like that challenge,” he said. He says that there is an emotional center of a poem, that moment when you open up to the poem as a human being. You “give in” to the poem. I think he was talking about it as a writer. I felt it as a listener. It’s the point in the reading where I feel that emotional response. Sometimes it’s laughter or an intake of breath. Sometimes, it’s the moment when the tears come and start to roll down my face, like the line in his inaugural poem, One Today, “the empty desks of 20 children marked absent today, and forever.” It represents our collective grief, what brings us together, and it doesn’t matter in what kind of church they held those funerals. We all felt that emptiness.
Richard Blanco says that he is constantly asking, and trying to answer, the questions: Who am I? Where did I come from? And, Where do I belong? 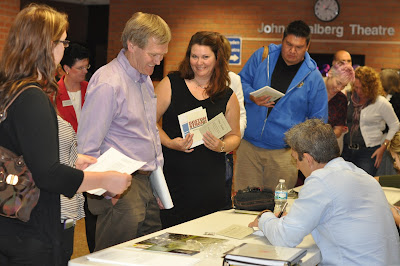 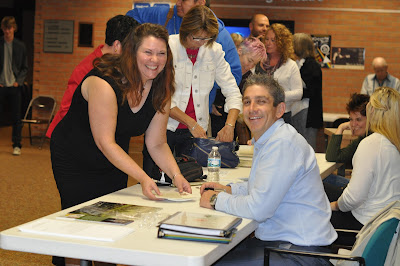 I’m still so happy to meet him, and star struck. 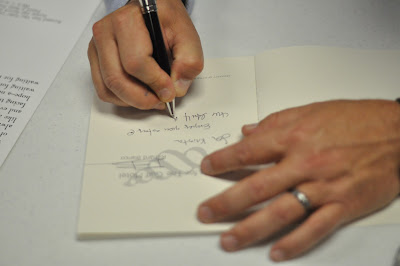 Dear Mr. Blanco,
Thanks for your inspiration!
Go. Create. Inspire!
Visit Richard Blanco’s website where you can hear him reading his inaugural poem, One Today.
Journaling Prompt:  Have you ever met a famous person? Where do you have a sense of belonging? 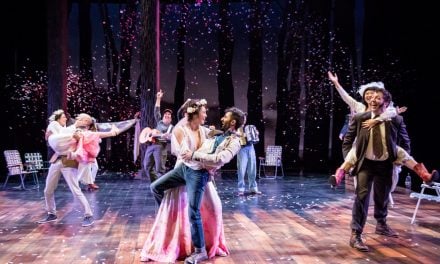 What do you Control?