Quote of the Day:  I hope that in the next world I shall be able to look back at this life and say: “Those were beautiful dreams…” Anton Chekhov (quote used in the program at the Guthrie Theater for the play Uncle Vanya by Anton Chekhov, adaptation by Brian Friel, directed by Joe Dowling.) 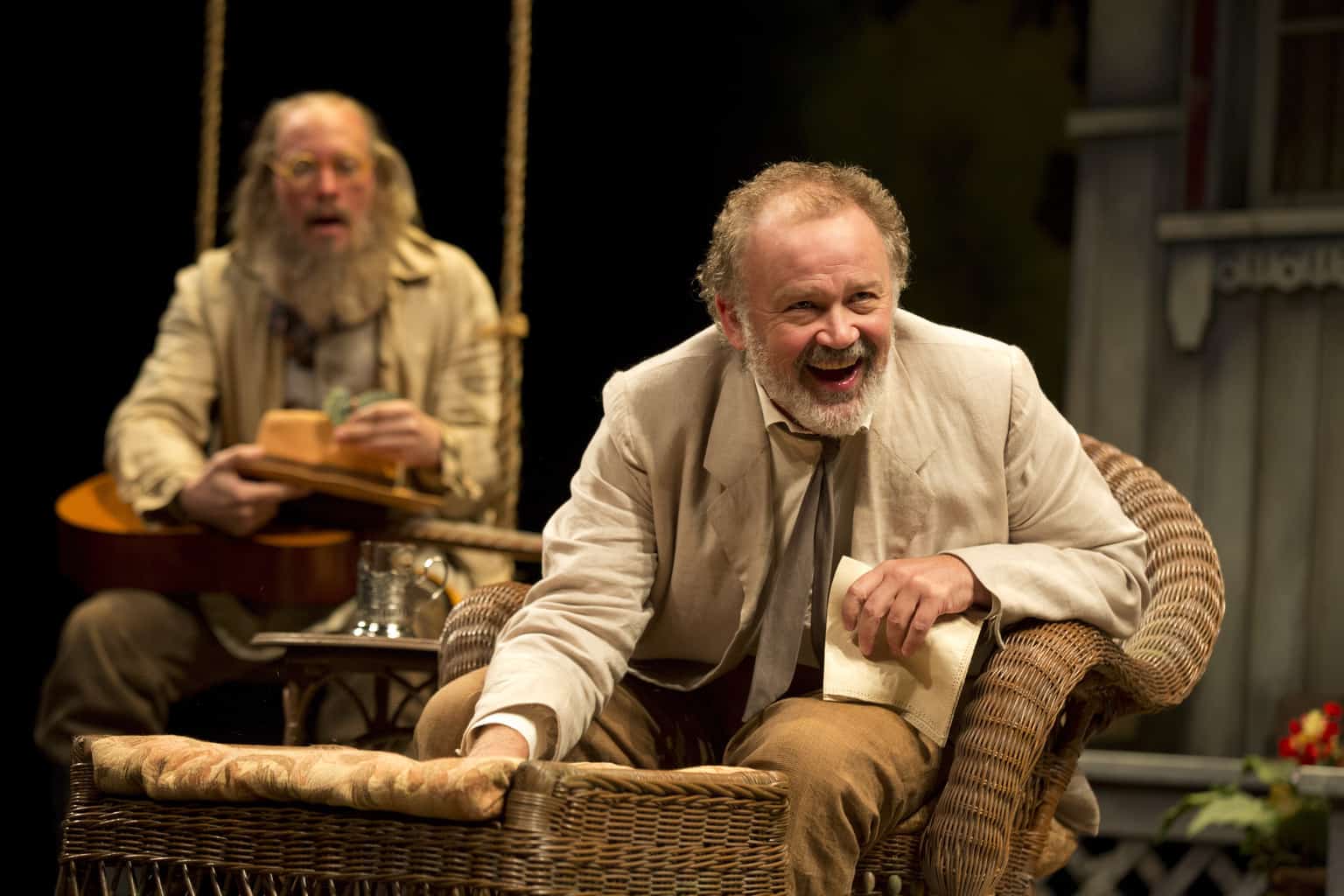 If you’ve ever wanted to see a production of an Anton Chekhov play, but were a little leery about connecting to a play written in the late 1800’s in Russia, then The Guthrie Theater’s production of Uncle Vanya is for you. Even if this isn’t one of the events on your bucket list, I say add it, now. This is your chance to see superb actors bringing to life a classic piece that has been adapted for the stage by a living playwright, Brian Friel, who has kept the feeling of the setting, while making the play accessible to a modern audience.

The characters in the play are just like you and me, and the guy down the street. We’re dealing with similar issues today, dissatisfaction with your position in life, loving someone who doesn’t return the admiration, a longing for what could have been. The play even has an environmentalist concerned about deforestation. As each of the characters move through the story, as we move through our own lives, we examine who we are, where we came from, and what we’d really like to be doing. Some people remain stuck in the “coulda, woulda, shoulda” thinking, while others live in the moment, making the best out of what they have. 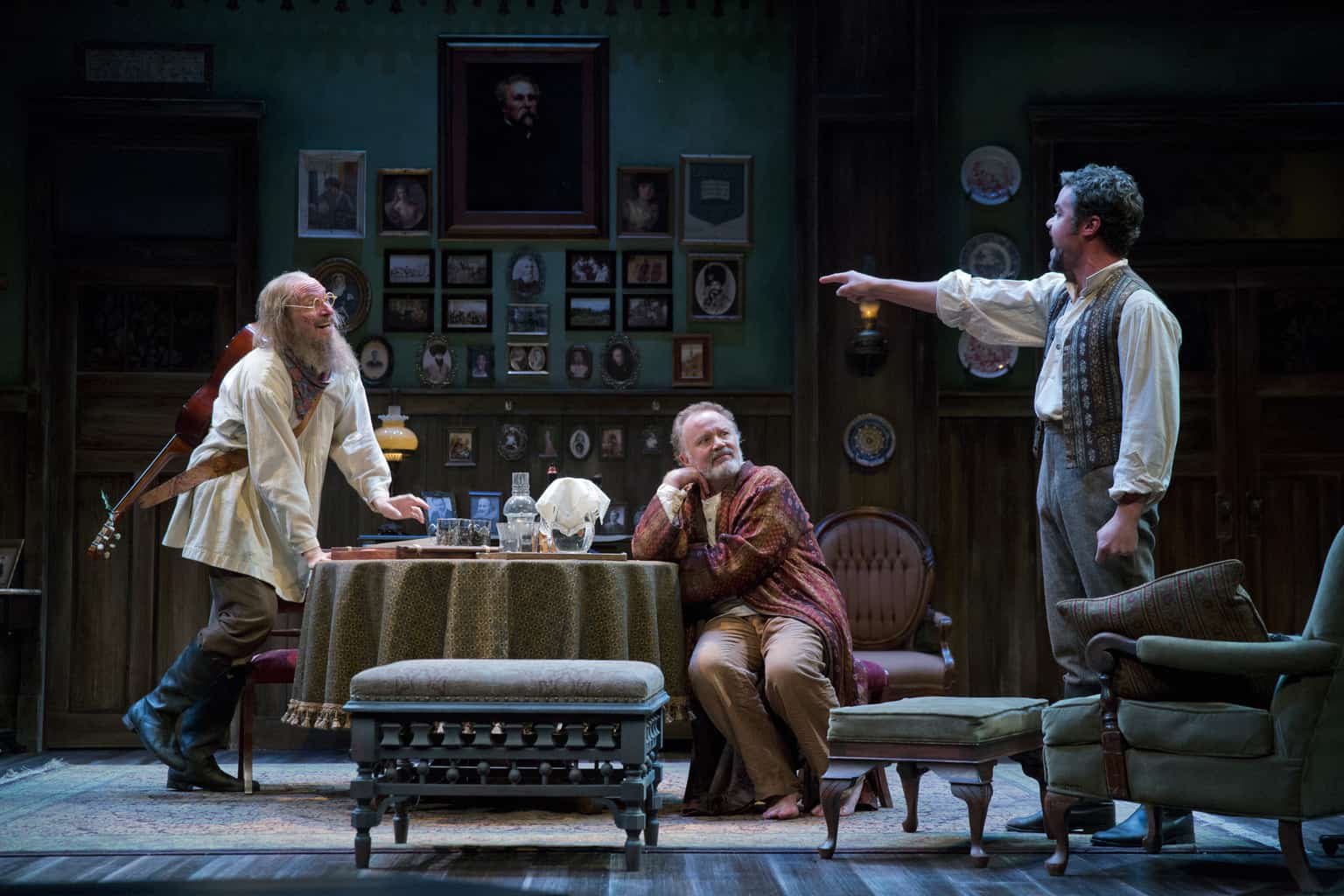 Jim Lichtscheidel as “Waffles”, Andrew Weems as Uncle Vanya, and John Catron as Mikhail Astrov
photo by Joan Marcus
Chekhov, Friel, and the actors who portray the characters, do a nice job of adding levity to heavy subjects. I attended this show with the Biker Chef. I asked him to tell me three things he liked about the show. His first answer, Jim Lichtscheidl playing “Waffles.” What a great comic relief character. He has humorous lines, a sweaty condition, and a great attitude about life. He lives in the present. The other great character who got many laughs was Nanny, played by Barbara Kingsley, wonderful. She reminded me of Estelle Getty’s character in “The Golden Girls,” well beyond holding back on an honest assessment of the characters or their situations. 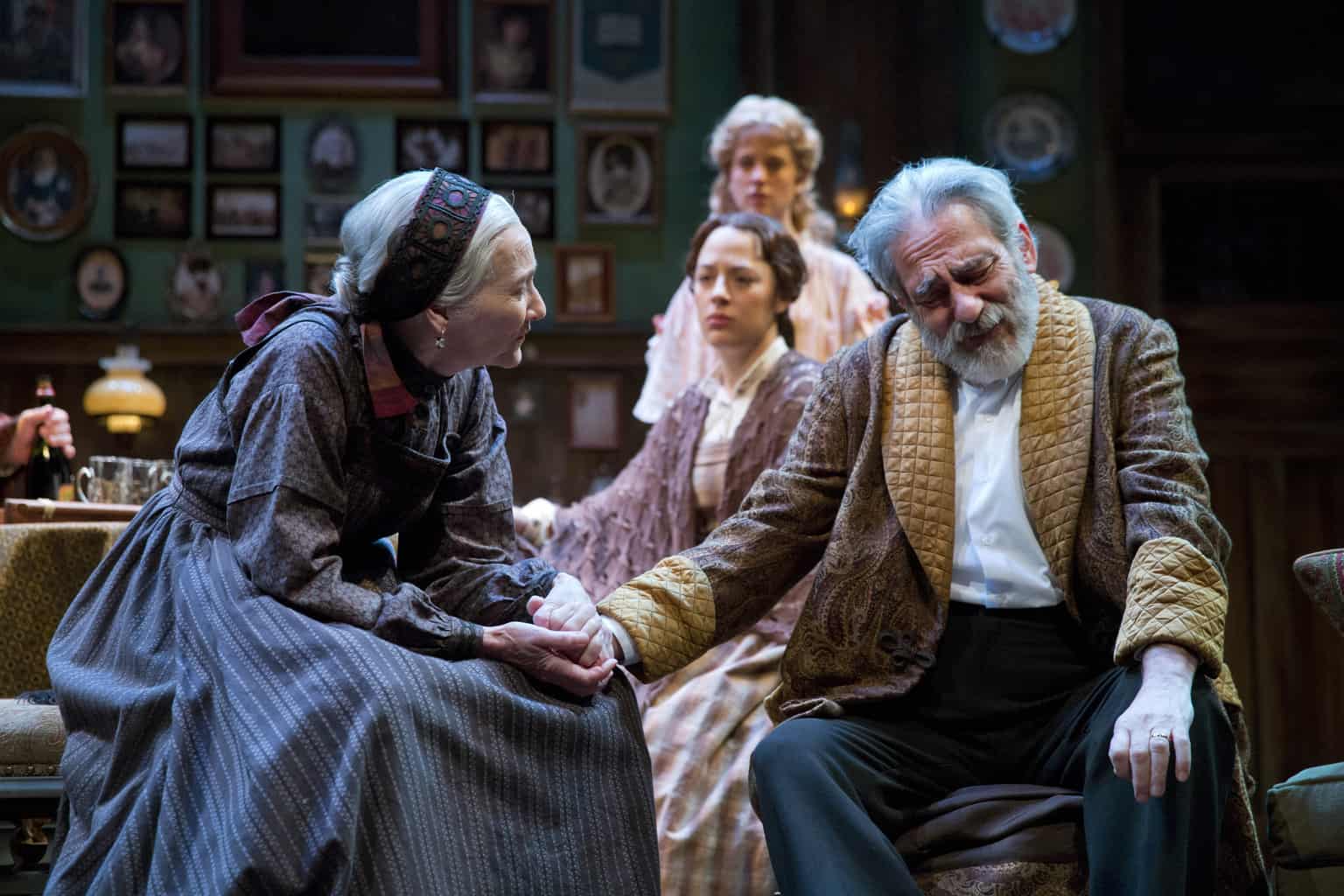 Nanny played by Barbara Kingsley, and Robert Dorfman as Alexander Serebryakov
Photo by Joan Marcus
The third thing, the Chef and I agreed, that made the show was the music. Victor Zupanc, listed as the Music Coach, made the selections for this performance. Jim Lichtscheidl plays the guitar live on stage, and Nathan Barlow (Yefim, night watchman) sings a haunting melody during some of the evening scenes. This, along with piano music, set the mood of the show, beautifully.
Uncle Vanya is playing at The Guthrie Theater in Minneapolis, MN, September 14 – October 27, 2013, on the Wurtele Thrust Stage. Go to their website for ticket information. We went on a game day, meaning the Vikings’ game was also that afternoon and therefore, huge hikes in parking prices, but we were able to prepay for a spot in the ramp across from the Guthrie Theater. Call the box office for assistance with that, 612-377-2224.
Go. Create. Inspire!
Journaling Prompt:  Make a list of the things in your life that give you joy and a feeling of satisfaction.

P is for Patisserie 46