Quote of the Day:  It’s the great Minnesota get-together. MN State Fair motto. And, boy, were we a large crowd last Sunday! 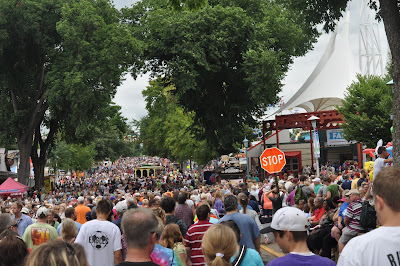 Small glimpse at the sea of humanity at the MN State Fair! 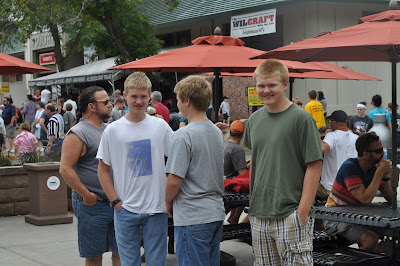 It’s hard to know which way to look with so many folks milling about! 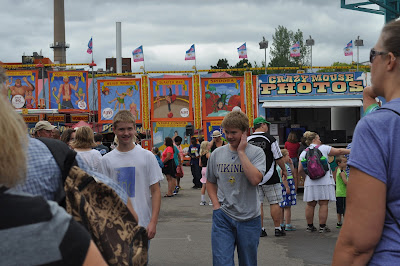 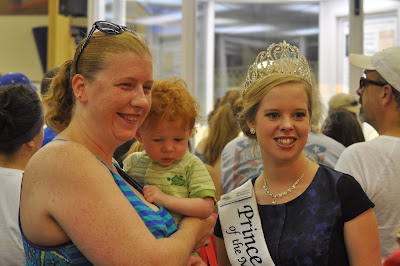 Princess Kay of the Milky Way, Dairy Princess, was nearby taking photos.
I don’t know the woman and child in the picture.
Behind them is the cooler with the princess’s heads carved in butter. 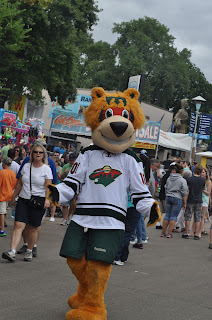 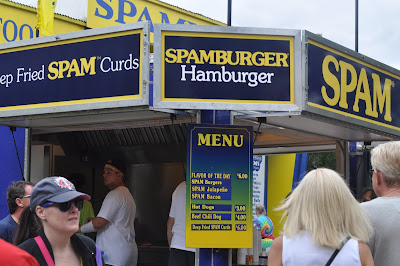 Minnesota is the birthplace of Spam. I know, what a claim to fame!
We did not have the spamburger.
In fact, we barely ate anything because it was so crowded.
It was the first day that it wasn’t so horribly hot, plus a Sunday, plus people just wanted to get together! 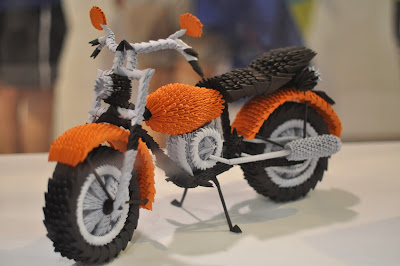 The only building I really wanted to go into was the Fine Arts building.
This motorcycle is made out of folded paper!
It was behind glass for a good reason. 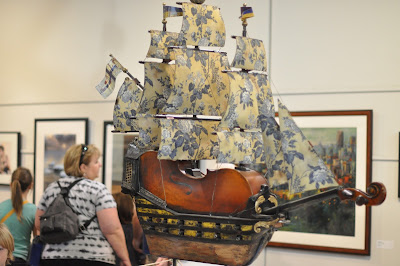 I thought this sculpture was so cool.
The fine arts building is on the opposite end of the Midway, so when the boys called my cellphone to say they were out of money, I said, “Go to the milk stand, and if you have a dollar, you can have all the milk you can drink.”
I don’t think they went. They just stood by the sling shot ride watching the throngs of people.
It is kind of cool to be part of history. This was the largest Sunday crowd at the State Fair and the highest number of any day of the fair for 2013, at 236,197 people! 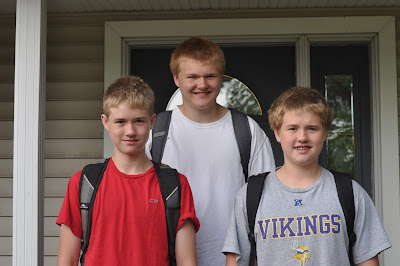 And, now, another school year has begun.
Go. Create. Inspire!
If you’re looking for some fun art, music, and drama classes, check out our Primo Art Spa. This Saturday, Sept. 7, from 10:00-noon, we’ll have Puppets, Pottery, and Pastries. Come on over!
Journaling Prompt:  When have you felt like you were part of history? How’s the new school year going for you and your students? Are you a student this year?