Quote of the Day:  The days of wine and roses laugh and run away, like a child at play. Henry Mancini

I started my weekend by waving good-bye to my big boy as he drove off into the sunrise of another year at college (in Texas, far, far away from his Mom in Minnesota). Off to the continued adventures of education, college life, and driving further down the road to a career. It was his first big road trip alone. I worried. He sent a text “Made it past OKC” (Oklahoma City), where he rested, then got up again the next morning and drove on, and texted one more time. “Made it to ttu.”
Whew. 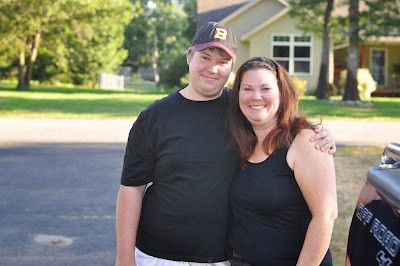 Wasn’t it just last year that he was wearing his Star Wars t-shirt and holding my hand as he walked to Kindergarten? 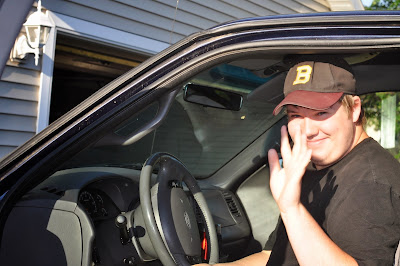 Bye, Mom, see you in December.
To distract myself from separation anxiety, I attended the Wine and Words library event in the evening. 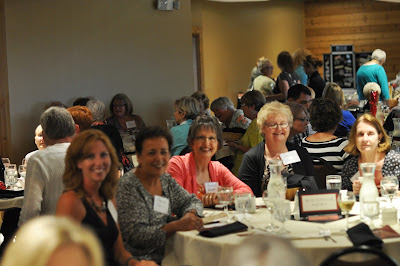 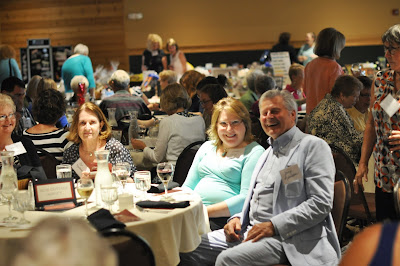 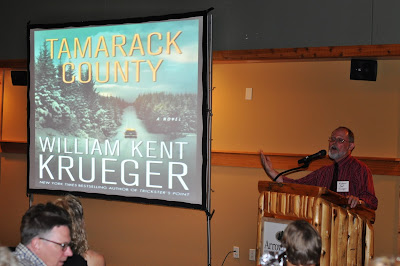 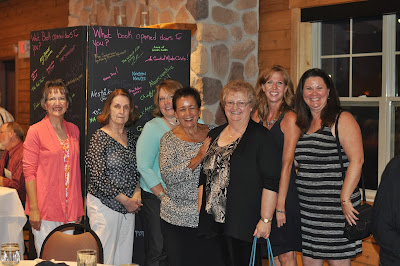 We lingered long at the event of librarians, linguists, and lovers of words. The food was delicious and the wine was wonderful. I bid on a couple silent auction items (Chocolate & wine which went high) and stampers, which I thought I’d won, but alas, was outbid at the last minute. 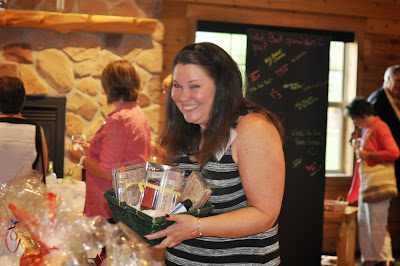 It was a great basket of stampers.
Would have been fun at our Art Spa!
The library committee went all out and brought in five fabulous authors. Lorna Landvik, one of my favorite Minnesota authors and speakers, was the emcee. She used the song in the above quote to introduce the other authors, hilarious! I heard her speak a few years ago at the library, where I confessed that I am also a writer, and she wrote in her book, The View from Mount Joy, which I bought that day, “never accept no as the final answer”. 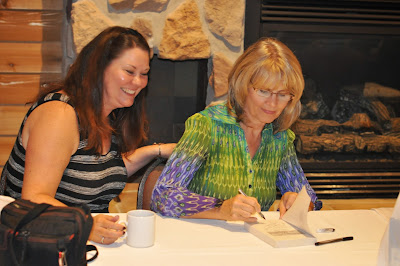 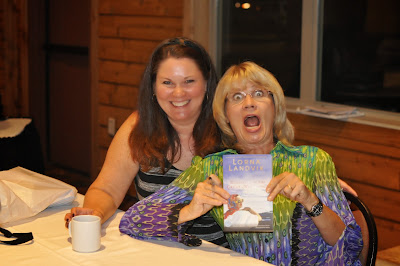 I bought Welcome to the Great Mysterious. Love that title. It will be the first in my new stack that I crack open and start reading today!
I told her that her comment that last time I met her meant so much to me. She asked me how my writing was going. I told her I was writing plays and reviews. She said that she also likes to write for the stage, which I knew. She’s a fabulous actor, speaker, writer, stand-up comic. If she’s ever speaking or performing near you, go! She’s a hoot and a half. Plus, her books are terrific, her characters like friends. 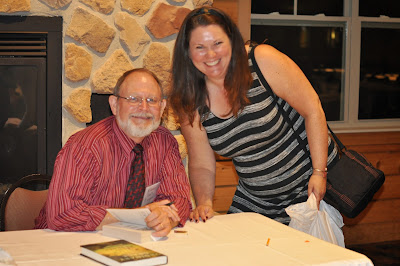 I also met William Kent Krueger, author of Cork O-Connor mystery series and admitted that I was new to his novels, so I bought two. 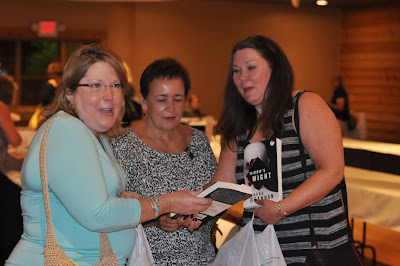 The gals in my group, laughing about how many books we bought!
The other authors that shared their inspiration were Wendy Webb, also a mystery author, The Tale of Halcyon Crane and The Fate of Mercy Alban which is a murder mystery set at the Congdon mansion in Duluth (but, not the infamous murder, a fictional one). I had to buy that book! And, I met Sarah Pekkanen (a good Finnish name) who writes great women’s fiction. I bought The Best of Us which is set in Jamaica, because it would be fun to go to Jamaica, at least virtually through a great girlfriend novel. Also, Sandra Brannan was there from the hills of South Dakota. (I think she sees dead people.) Her family runs a mine out in the hills and she seems influenced by the underbelly of the world, those dark tunnels where things are hidden, waiting to be discovered and brought to light. I bought Widow’s Might after she described a very intriguing beginning of an 80-year-old widow, dying of cancer, who is being strangled…but why? I thought I was all set, standing with my gal group (since we’re the wild and crazy book girls lingering to the last), waiting for Sandra to sign my book. She started talking about Lot’s Return to Sodom which takes place during the Sturgis Motorcycle Rally. I just returned from the rally, my second one (read all about it on Ride off the Page). She told us that the details in that novel are real, as told to her by an FBI agent and a member of the Hell’s Angels. It’s a look into the dark side of motorcycle gangs, the part that the tourist industry doesn’t really want us to know. I couldn’t resist. I went back to the table and bought it, and had her inscribe it to The Biker Chef. She offered it up with a warning, “It’s dark, hard to read at times, and very real.” I’ll let the Chef read it first.
I have one more confession, while the speakers were changing places, I checked my phone. (I thought it might be my big boy, and I was still a little worried even as I enjoyed the event.) I read a message from the Biker Chef that I might get an invite to the Food & Wine Extravaganza at Madden’s for Saturday night. I’ll give you the culinary tour in my next post. Until then,
Go. Create. Inspire!
Journaling Prompt:  Have you ever bought a book that you were afraid to read, and yet, had to open it just to see?

Review of A Christmas Carol at the Guthrie

V is for Voice