Playing at the Guthrie Theatre Studio in Minneapolis through September 29.

I watched this contemporary, real life drama, on Saturday night at the Guthrie Theatre Studio with a sell-out audience. The woman behind me was telling her friend how thrilled she was to see all the support for this show and that many people in the audience were other actors. I was excited to see this play because it’s about brothers, relationships, and what makes us feel trapped, and what makes us feel free. This is not your typical play-it-safe, stick to the classics written by white men plays that the Guthrie usually puts on its mainstage. This is a modern play with characters who live in communities where everyone struggles to survive. Relationships are not easily defined, and you don’t always know who you can trust.

This is a three character play, accompanied by a drummer. Ahanti Young sat on the stage as we entered, drumming out the rhythms of life, drawing us in, setting the mood. The low thump on the djembe seems to echo a heartbeat of dread. The rattles, shakes, and finger thrumming build tension and mystique, and I was ready to focus on the set and the characters before they came out. I wanted the audience to be quiet even beofore the lights dimmed and Young’s fingers increased their intensity on the drums.

Oshoosi Size, the younger brother, has recently been released from prison and is staying with his older brother Ogun. Ogun has felt responsible for his younger brother since Oshoosi was in his mother’s womb. When they were growing up, people in their community told him to be a good role model. When their mother died, he took on the role of parent. When his brother returned from prison, Ogun took on the role of personal parole officer and reformer. He wasn’t about to let Oshoosi “mess” up again. He wasn’t going to let him sleep in, slog around, and get tangled up with the wrong people. He also wasn’t allowing him to forget his wrongs or his jail time and that he owed it to his brother to live a productive life.

Oshoosi wants freedom to live his own life, to be free from the physical prison he was in and start new relationships and build his own life. He begins to realize how imprisoned he is by his brother’s need to protect and control and by the friend he made in prison, Elegba. We see the pull and tug of his loyalties.

Ogun is imprisoned by his sense of uber-responsibility. He was never a carefree kid. He had to take care of everything, including his younger brother. In a scene between the brothers, Oshoosi confronts him on this, telling him if he can’t loosen those chains, he’ll turn to stone. Ogun has a nightmare about loosing his brother to the influence of his friend.

The friend, Elegba, is imprisoned by his own desires to rebel and control his surroundings. He keeps pulling Oshoosi back into his world. He wants to wrap his influence around him like a rope and keep him close.

As we watch this struggle to find freedom and escape real and imagined prisons, the drums beat on. Sometimes as tiny dings at a moment of truth. Sometimes as hard thuds after words that can never be taken back, or actions that can’t be undone. Thud, like a judge’s gavel, or a rattle like the sound of a snake.

This is an intense show with intense language. We’re watching brothers interact in the privacy of their own home, with the intrusion of a “friend.” There are real life consquences to their words and actions. This is a show for older teens and adults. It’s a show for anyone who struggles with relationships and which ones imprison us and which ones set us free.

The Brothers Size written by Tarell Alvin McCraney and directed by Marion McClinton is a Pillsbury House Theatre production, performed at the Guthrie Theatre Studio. It runs through September 29. It’s a show you won’t soon forget.

Journaling Prompt:  Have you ever had to end a relationship that felt like a prison? 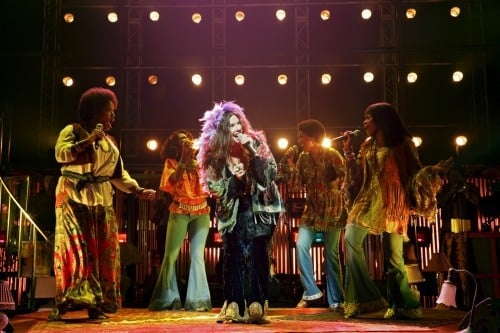 D is for Duet

IWSG August 2013, A Day Late and a Dollar Short