Rembrandt at the MIA

Quote of the Day:  Of course you will say that I ought to be practical and ought to try and paint the way they want me to paint. Well, I will tell you a secret. I have tried and I have tried very hard, but I can’t do it. I just can’t do it! And that is why I am just a little crazy. Rembrandt

Favorite Photo Friday: Standing in front of the masterworks and feeling inspired by the art and the story behind the images. 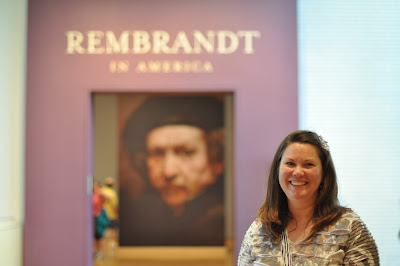 We almost missed our chance to see Rembrandt in America at the Minneapolis Institue of Arts. The exhibit is running from June 24 – September 16. Yes, it ends soon! Krista and I were in Minneapolis for the Pillsbury House production of The Brothers Size at the Guthrie Studio. We wanted to make good use of our time in the metro to see Rembrandt. When we got to the ticket window, I noticed reduced prices for children, students, and seniors. I looked at Krista and said, “Where’s the single mom discount?” The ticket guy said that they didn’t have any more non-member passes available until 7:00 pm. That wouldn’t work for us. So, he offered us a membership. We went with a dual membership since it was a better deal, and we got a discount for living outside the metro, so it was really affordable. We felt great about supporting the arts in Minnesota and can now attend the special exhibits as part of our membership. Having a limit on non-member entries is a great way to get more people to become members.
We couldn’t take pictures inside the exhibit. It was interesting to get the audio tour so we could hear the story behind the paintings. Some of the works that were once attributed to Rembrandt are no longer thought to be his, but those of his students. He taught his students to paint exactly like he did, so there are elements of his style in all of them. Still, the experts can tell his original voice from those who imitated him.
Krista’s favorite portrait was of a little girl with blondish-red curls. She’s described her as a real-life girl, her hair pinned up and brushed, and yet had fly-aways and a bit of a tossled look. Her eyes are captivating. She is featured on the Minneapolis Institute of Arts’ page on the Rembrandt exhibit.
I liked the one called A Man Reading. It’s featured in this review from the time when the exhibit was at the North Carolina Museum of Art. I also felt the emotional impact of the young woman holding a knife with a wound in her heart. The commentor explained that Rembrandt was in love with this woman, but was unable to marry her. They had children together, but she was scorned and publicly shamed for her relationship with him and had to call herself a whore in front of some kind of “morality committee” because she had a baby out of wedlock.
After our great day of art and theatre, not to mention another delicious meal at Spoonriver, Krista said that art and theatre and literature are more than just entertainment. They make you think. And, I’ll add to that – The experience of seeing the masterworks up close and personal, of watching the actors bring a story to life, of reading the words and meeting the authors is something that becomes part of you. It lifts you up. It inspires and sets you free to…
Go. Create. Inspire! (in your own unique way)
Journaling Prompt:  Do you have a favorite painting or artform that inspires you? 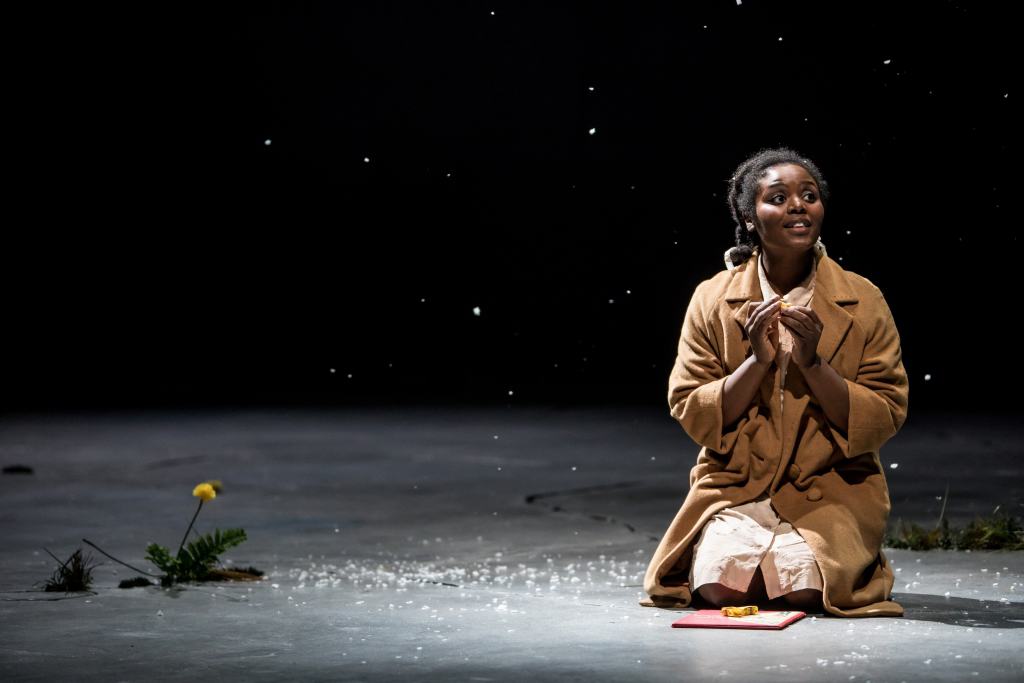 Review of The Bluest Eye at The Guthrie Theater

The Diary of Anne Frank at CLC in Brainerd, MN