The one thing that surprised me about motorcycle touring was the friendliness of other riders. We were touring during the week of the Sturgis Motorcycle Rally, and more than one store clerk or hotel manager referred to it as “Biker Week.” And, we did see many other Bikers out on the road. I suppose the camaradarie is already built in. You know you have at least one thing in common, a love of riding motorcycles and being out on the road. Almost every time we stopped, we saw other riders, and there would be the exchanges: Where you from? How far are you going? Are you headed over the mountains, or coming back down? What was the weather like over the pass? Do I need to add another layer? How did you handle the heat across South Dakota?

The ride up the mountain to the Bear Tooth Pass was probably the most exciting for me because it was my first experience riding in the mountains on a motorcycle. As I mentioned in an earlier post, I was a bit intimidated by the height and twisting/turning roads. At our first stop at a scenic overlook, we met John from California. 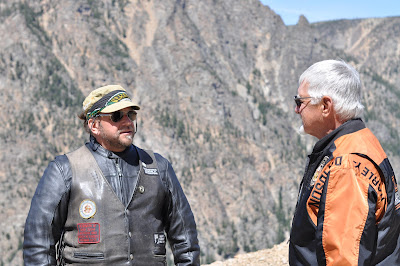 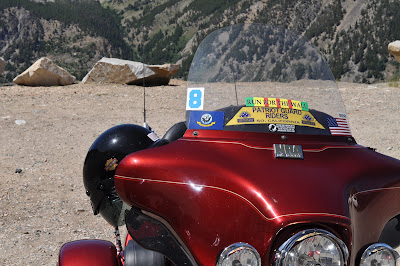 He was riding solo, but making connections along the way that showed him that he’s not alone in the journey. 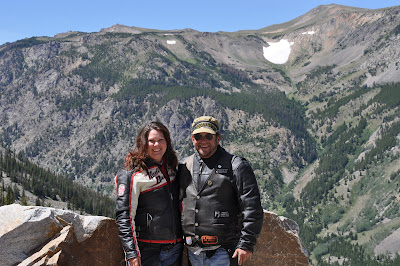 He snapped our photo with the majestic mountains in the background. I grabbed his camera and took one of him as well. Thanks, John, for the photo and for sharing a piece of your story. Ride on!
Be safe. Journey on, and Happy Trails!