Quote of the Day: some favorite and famous lines from Cat on a Hot Tin Roof by Tennessee Williams, playing now at The Guthrie Theater in Minneapolis.

I can smell the mendacity in this room, and it smells like death. Big Daddy and Brick discuss the meaning of mendacity, the lies that people tell others and themselves, the system that they live in. When their wives tell them, during separate dramatic moments in the play, that they really do love them, they both reply with the same line, Wouldn’t it be funny if that were true?

I always thought drinking men lost their looks, but I was plainly mistaken. Maggie remarking on the lasting attraction she feels for her husband, Brick, despite his constant rejection of her.

I feel all the time like a cat on a hot tin roof. Maggie speaking about her life, how she’s caught in it, but unable to jump off. This title line is repeated several times throughout the play.

Why is it so damn hard for people to talk? Big Daddy, trying, desperately to have a real conversation with his son.

I’m not living with you. We occupy the same cage. Maggie 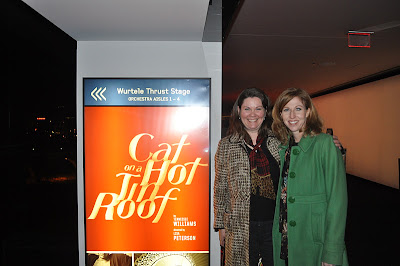 My friend and publicist, Krista Rolfzen Soukup, and I attended Cat on a Hot Tin Roof together. It was her first time to the new Guthrie Theater and what a fantastic show to introduce her to this amazing place. We ate at the Level Five Cafe’ where the mood was set for an evening in the South. We both had Big Mama’s Southern Supper, mmm-hmm, it was good. Pork chops with pepper jelly and sweet corn spoon bread, mixed greens salad with walnuts and cranberries, and hot tin roof sundaes for dessert.
I showed her the best sights that I’ve discovered. We walked out onto the Endless Bridge and took a picture. Look, it’s so cold, she turned blue! 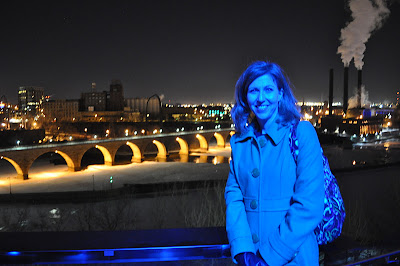 Things heated up once we entered the Wurtele Thrust Theater. An older couple was ahead of us and the woman had dropped her ticket, so Krista picked it up for her. We ended up sitting right next to them, sweet seats right behind the railing, with an unobstructed view of the stage and all the steamy action. Krista picked up a fallen glove for the woman as we found our seats.
As the show begins, Brick is in the shower (off stage), and Maggie enters. She is on and speaking for most of the first act. It is through her stories and perspective that we meet the family, hear of their past, and discover the complicated and tense relationships. She is a woman longing for more, longing for relationship with her husband, longing for a family and children of her own.
Brick seems to have given up. He spends the evening sipping on drinks and avoiding real discussion and his wife’s advances. He has shut the world out, waiting and hoping for the click to go off in his head, numbed by booze, so he can feel peaceful.
All of the action takes place in Brick and Maggie’s bedroom, but not the kind that Maggie craves. Gooper and Mae’s five “no neck” children run in and out. Family members barge in. Ghosts and hurts of the past make their appearance through words both spoken and avoided. We see the characters’ pain, both the outward physical cringes, clutches and crutches, as well as the inward pain in their eyes and actions. We, as the audience, quickly forgot that we were at a play. The characters became real people and it was like we were watching them through those large French doors and windows off the balcony of their bedroom. I saw people leaning forward to take it in. I saw men wipe their eyes from the intensity of the scene and the tears they brought forth.
During intermission, the women on the other side of that older couple in our row, asked if they were enjoying the show. The woman said, “Yes. I was in it, you know, in 1975, the last time they performed it at the Guthrie.” Krista turned to me with wide eyes. After the performance I asked her name. We were sitting next to Barbara Bryne, a famous stage and film actor. She’s been in over 60 productions at the Guthrie. She had a light British accent and when she thanked Krista for picking up her ticket and some other pleasantries, I said, “She could be in Mary Poppins.” She played Big Mama in 1975. I asked her if she was reliving it and remembering lines as she watched. She said, “Oh, no, you can’t try to remember it all. You’d go crazy.” I can only imagine after so many shows and theatrical experiences.
Everything works so well together in this production, the staging, the set, the costumes, the colors, the music, and the backdrop scrim that changes colors as the evening progresses. It lights up for the fireworks, and gets dark for the storm. Some actors are dressed to blend in, like Big Daddy, or shine, like Maggie, or clash, like Mae. I can still hear the bangos, the singing in the distance, and the harmonies amidst the discord of this family.
Go. Create. Inspire!
Journaling Prompt:  Have you ever rubbed elbows with a celebrity? Have you ever dared to strike up a conversation with a stranger and found out something remarkable? Have you ever seen a production of Cat on a Hot Tin Roof?
﻿ 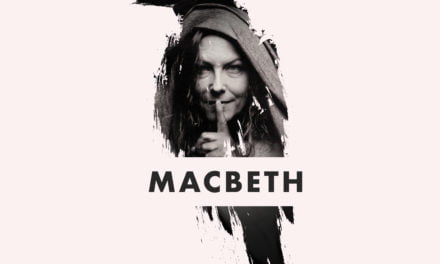 Beauty and the Beast Delights on the Pequot Lakes Stage

Blogging – Why do it? 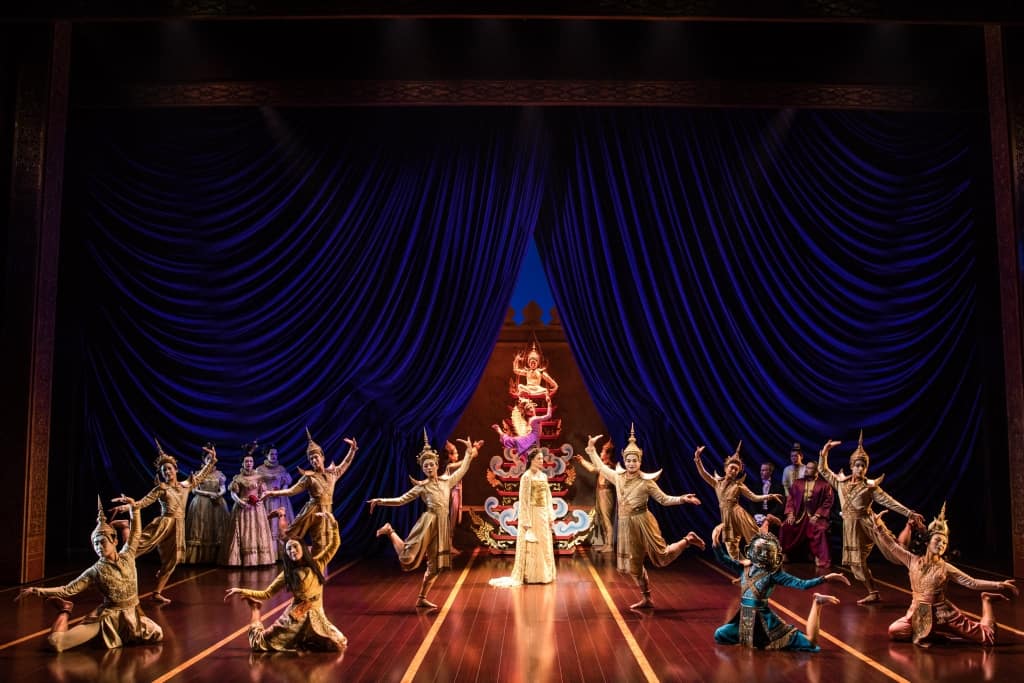